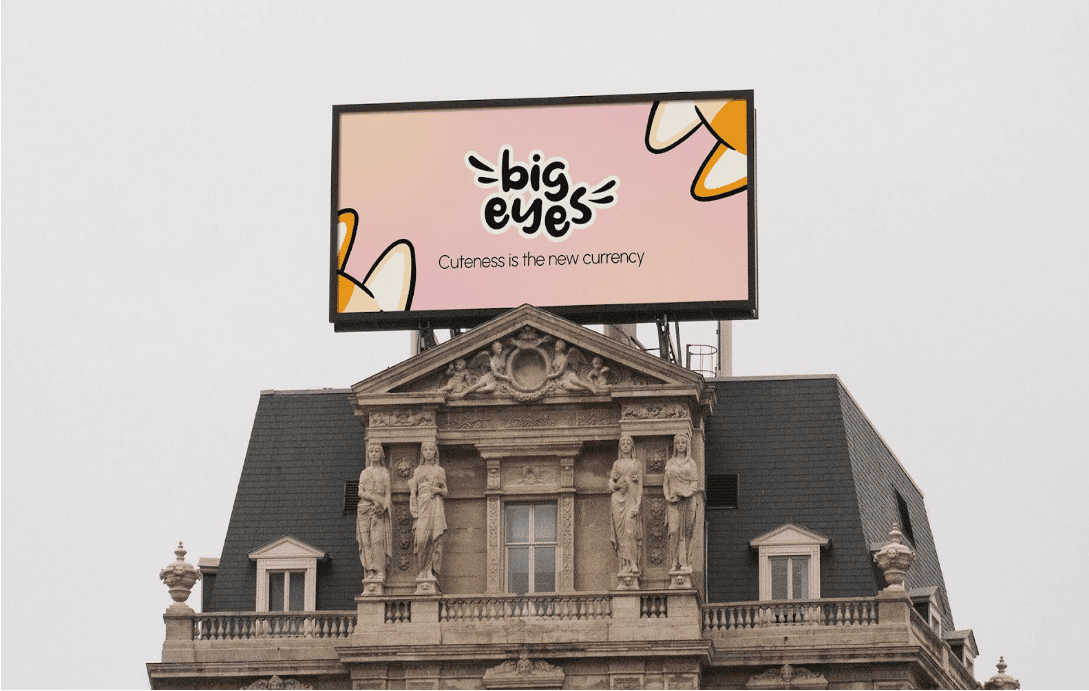 The cryptocurrency world has seen no shortage of meme coins that come and go, many of which fail to make a significant impact in a flooded market. Many new coins seem indistinguishable from their predecessors.

Most tokens attempt to replicate the success of older, established currencies by aping their presentation, copying their unique selling points, or offering no particular advantage at all. This has led to a crowded field of cryptocurrencies hawking their tokens. Individuality, then, is crucial for a coin hoping to draw the eyes of onlookers.

One coin that has made its debut in style is the original and exciting Big Eyes Coin (BIG).  Big Eyes is carving out a large niche for itself in the meme coin sphere by doing things differently: of all the coins jostling for position at the moment, Big Eyes has by far the most compelling platform and brings with it heaps of personality and a fleshed-out philosophy.

Read on to find out what makes Big Eyes different from every other coin on the market, and what this could mean for the bright future of the token.

Ethical Efforts: A Meme Coin with a Heart of Gold

The team behind Big Eyes Coin (BIG) sets itself apart from the herd by integrating charitable donations into its coin’s core principles.

The token’s whitepaper explains how it works: 5% of Big Eyes’ supply of tokens is locked to a visible charity wallet. These tokens are preserved for donation to charities that work to protect and conserve the world’s oceans and the marine wildlife within them.

Not only is this generous effort worthwhile in itself, but Big Eyes’ developers have cleverly linked their charitable contributions to the marketing ethos of their coin: as a wide-eyed feline, Big Eyes the cat loves fish more than life itself. These donations will help to ensure that future generations of cats can dine on fish just as current ones can.

Of course, this feature of Big Eyes runs further than simple advertising value. By centring charity at the heart of the token’s principles, the team sends a vital message to potential investors: we’re here to make a profit, but that doesn’t mean we can’t do good at the same time.

The world of finance, both orthodox and DeFi, is undergoing a revolutionary transformation towards ethical investment. Socially responsible investing has taken off in a big way in recent years. Speculators no longer simply analyse their chance of profit when deciding on asset acquisitions – it’s becoming commonplace to want your valuable investments to work towards the protection of our planet. 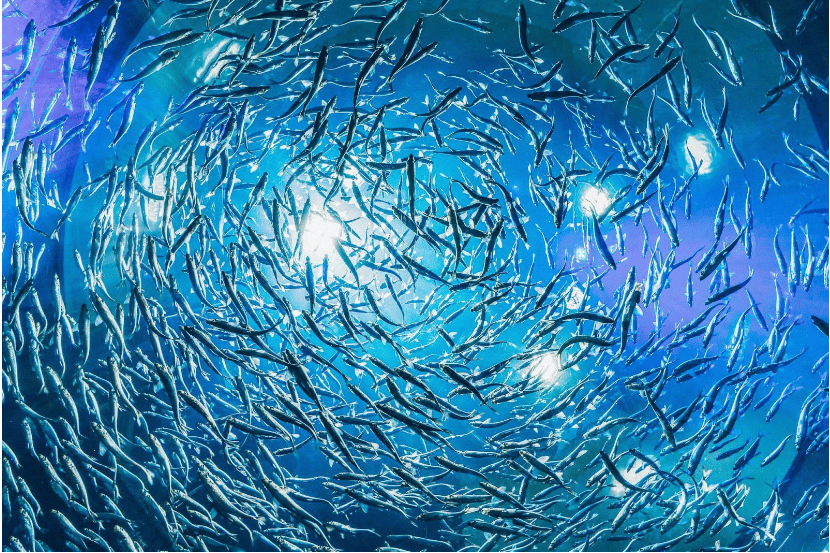 After all, with the threat of climate change looming and dominating news headlines daily, it is clear that all human activity needs to shift toward sustainability if we are to make a brighter future. Big Eyes Coin is at the forefront of this evolution.

Another string to Big Eyes’ bow is its pinpoint focus on being a meme coin that’s accessible and welcoming to anybody with the capital and willpower to invest.

At the outset, Big Eyes will encourage community ownership right from launch: 80% of its 200,000,000,000 tokens are set to be available for purchase immediately. Furthermore, the coin’s liquidity pool will be frozen for 2 years after launch, meaning the token’s early life will be stable and reliable.

Going a step further in their efforts to ensure Big Eyes Coin (BIG) can be a token of the people and for the people, the back-end assistant tool Big Eyes Swap will contain easy-to-understand how-tos, guides and tutorials. Key information and systems will be simplified and communicated in clear language, allowing users both novice and experienced to keep a firm grasp on what’s happening with their holdings.

In terms of security, Big Eyes has pushed the boat out. Not only has the token’s contract been audited thoroughly by Solidity Finance and been found to have 100% security, but the team supporting Big Eyes has also been examined. The exchange system CoinSniper has verified all of the team.

This means that when you invest in Big Eyes, you can rest assured that there’s no chance of rugging or other foul play: your tokens are safe.

Big Eyes Coin also has fun concepts on the horizon. A selection of merchandise is in the works, allowing you to ‘wear the stare’ of the coin’s adorable mascot.

These combined features and plans make Big Eyes Coin (BIG) a meme coin that takes its community seriously and pays respect and care to those who join the platform. The team’s mantra of ‘HBAE,’ (Holders Before Anyone Else) has been baked into every element of this coin’s systems.

Thusly, Big Eyes is making waves as a coin that cares and looks after its community with all the ferocity of a loyal cat. 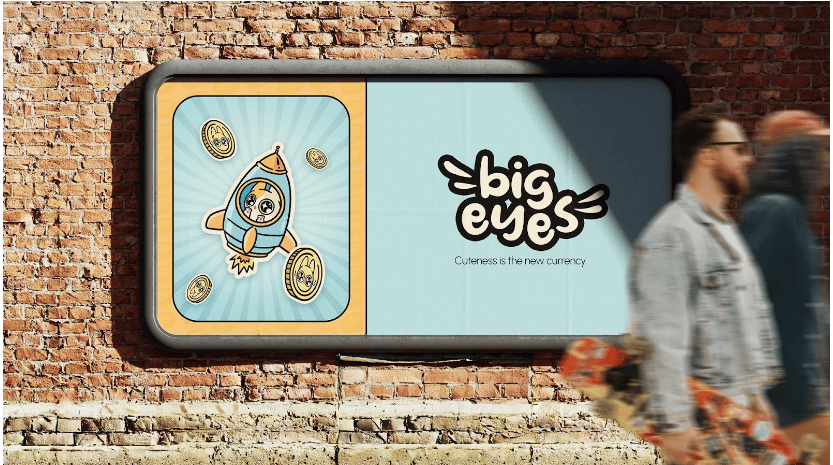 Eyes on the Prize: Runaway Results

The factors discussed above have combined to lend Big Eyes potency in the eager appetites of the cryptocurrency market. Much buzz has been circulating on social media and crypto exchange forums regarding the potential of Big Eyes Coin (BIG).

It doesn’t come as a surprise then that the presale phase of this token has been a show-stopping success so far. Over $7.3M has been raised already in support of Big Eyes, and despite smashing records, there’s still plenty of time left to throw your hat in the ring.

There’s no telling how far this exciting entry to the meme coin ecosystem could go: the coin raised more than $3M in under 7 days, showing that the sky is the limit for Big Eyes Coin. Many cryptocurrency analysts have opined that this very token could be strong enough to break into the top 100 rankings of cryptocurrencies worldwide. Early signs reinforce this possibility.

Every element of the Big Eyes token, and its underlining philosophy, is geared towards success, fostering a close-knit community, and achieving worthy goals. This spark of unorthodox creativity is the secret sauce behind Big Eyes’ burgeoning journey.

So, if you’re in the market for the hottest meme coin this year, look no further than the oddball explored in this article: Big Eyes Coin (BIG) is the token for you.