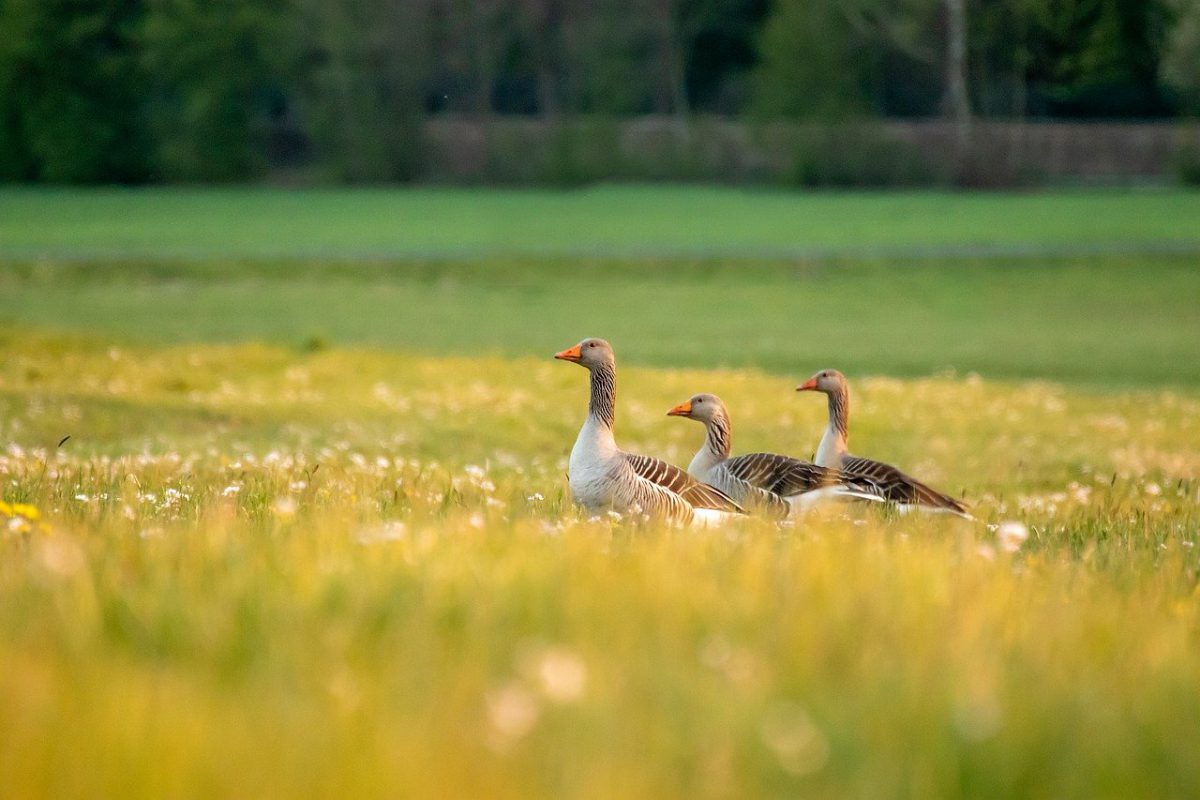 Binance Coin climbed to a local high of $35.69 and it could be set to retrace some of its gains on the charts. Augur registered a massive spike to the upside a few days back, one that was pushed down, and subsequently, it was forced to retrace some gains before initiating another move upwards. Verge did not see an influx of buyers and it could be set to head back lower in the face of profit-taking. 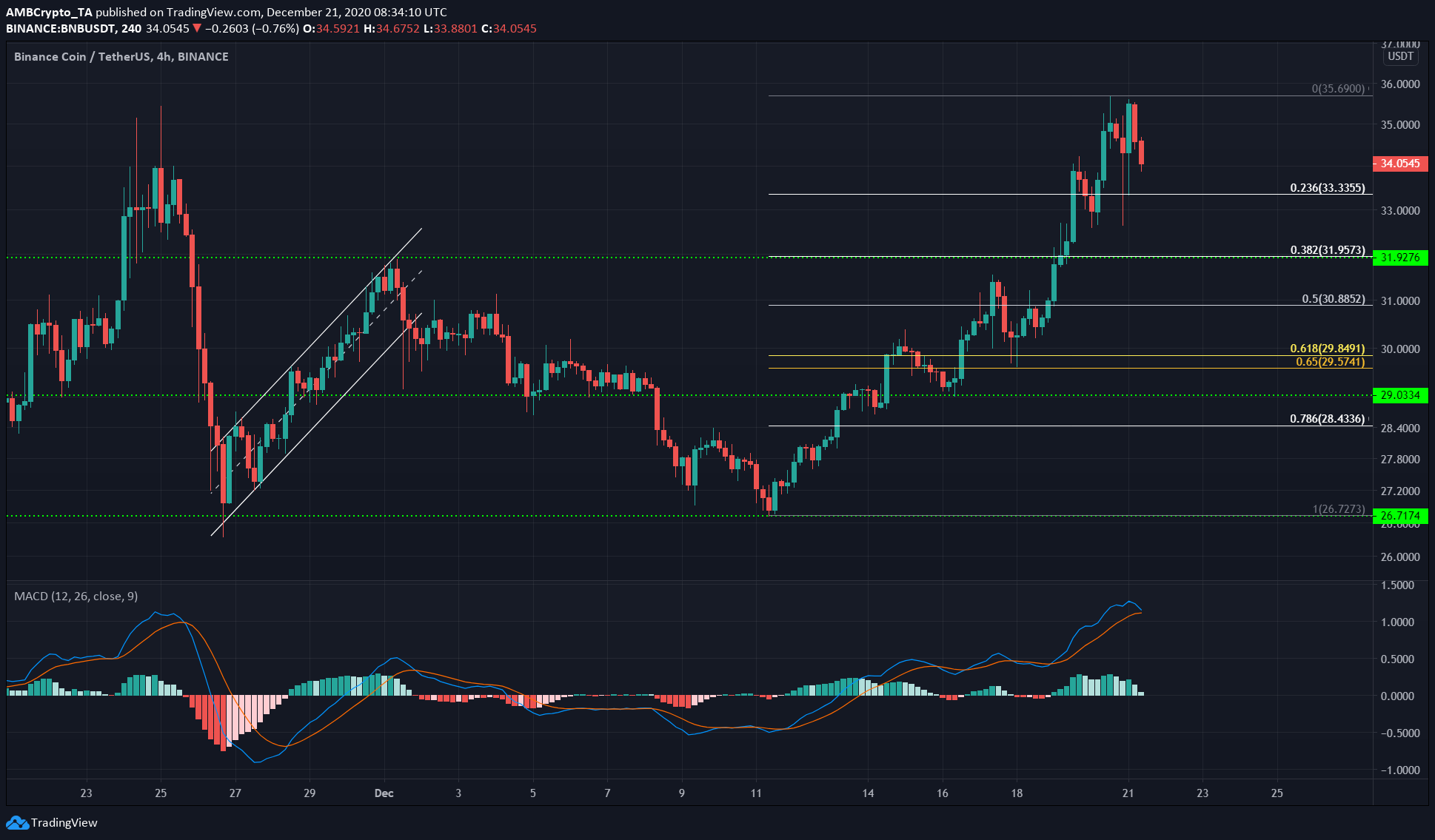 Using the Fibonacci Retracement tool for BNB’s move from the support level at $26.72 to $35.69, some important levels of retracement were highlighted.

The MACD appeared to correct from the overbought zone and it threatened to form a bearish crossover to signal an imminent pullback for BNB.

Generally, a 50% retracement level as well as the golden pocket between the 61.8% and 65%-levels would have a bearing on the cryptocurrency’s price. These can be used as targets for medium-term short positions, but there is no guarantee that BNB would be forced as low as $30 in the coming days. 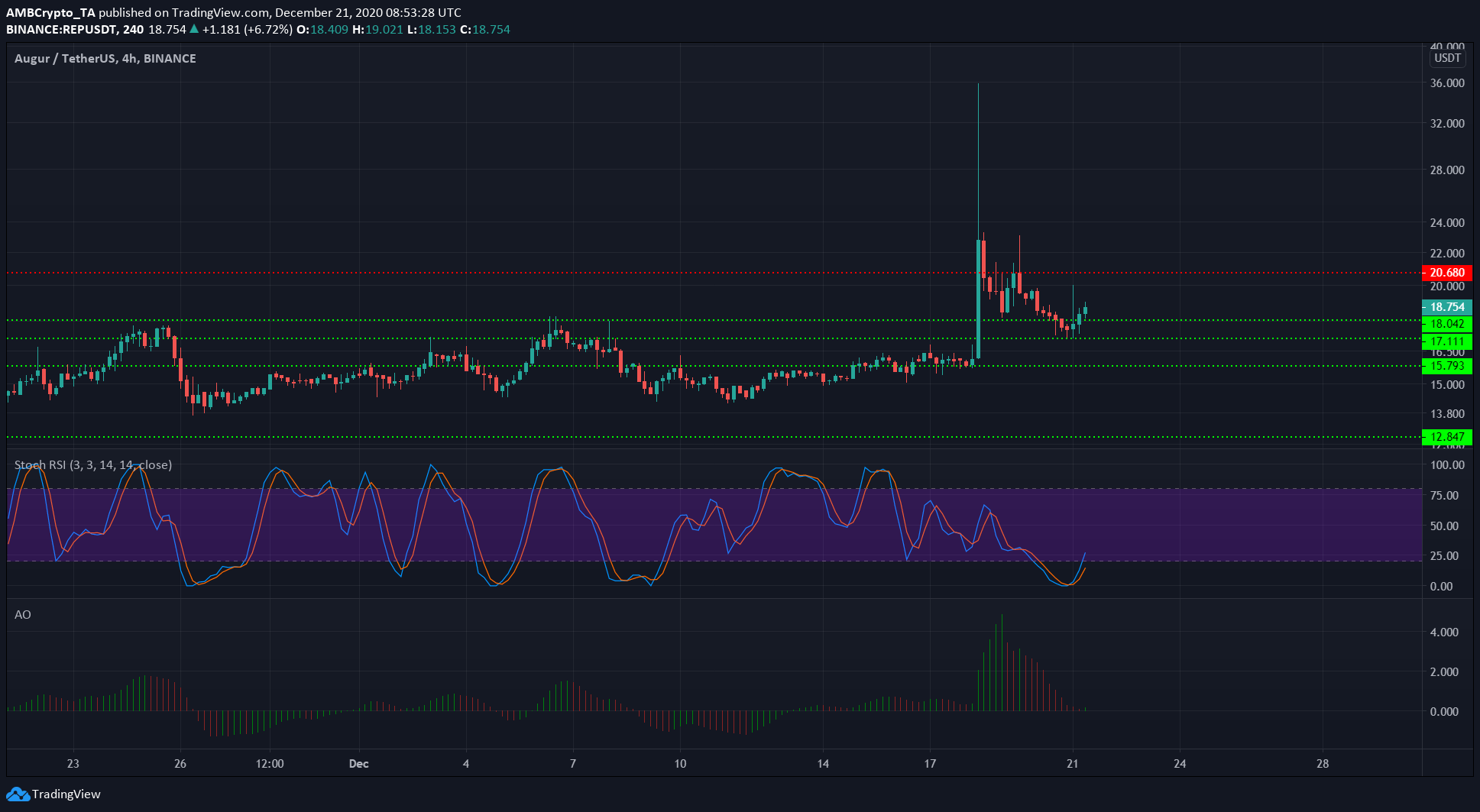 The spike to $35.86 caused some indicators such as the OBV to go haywire. Using the levels of support and resistance REP previously established, the $20.6-level is one that could be of importance to the price in a short while.

The Awesome Oscillator did not dip under the neutral line, while the Stochastic RSI dove deep into oversold territory and reversed as the price bounced off the $17.2-level of support.

Further upside can be expected for REP after the deep retracement of the past few days. 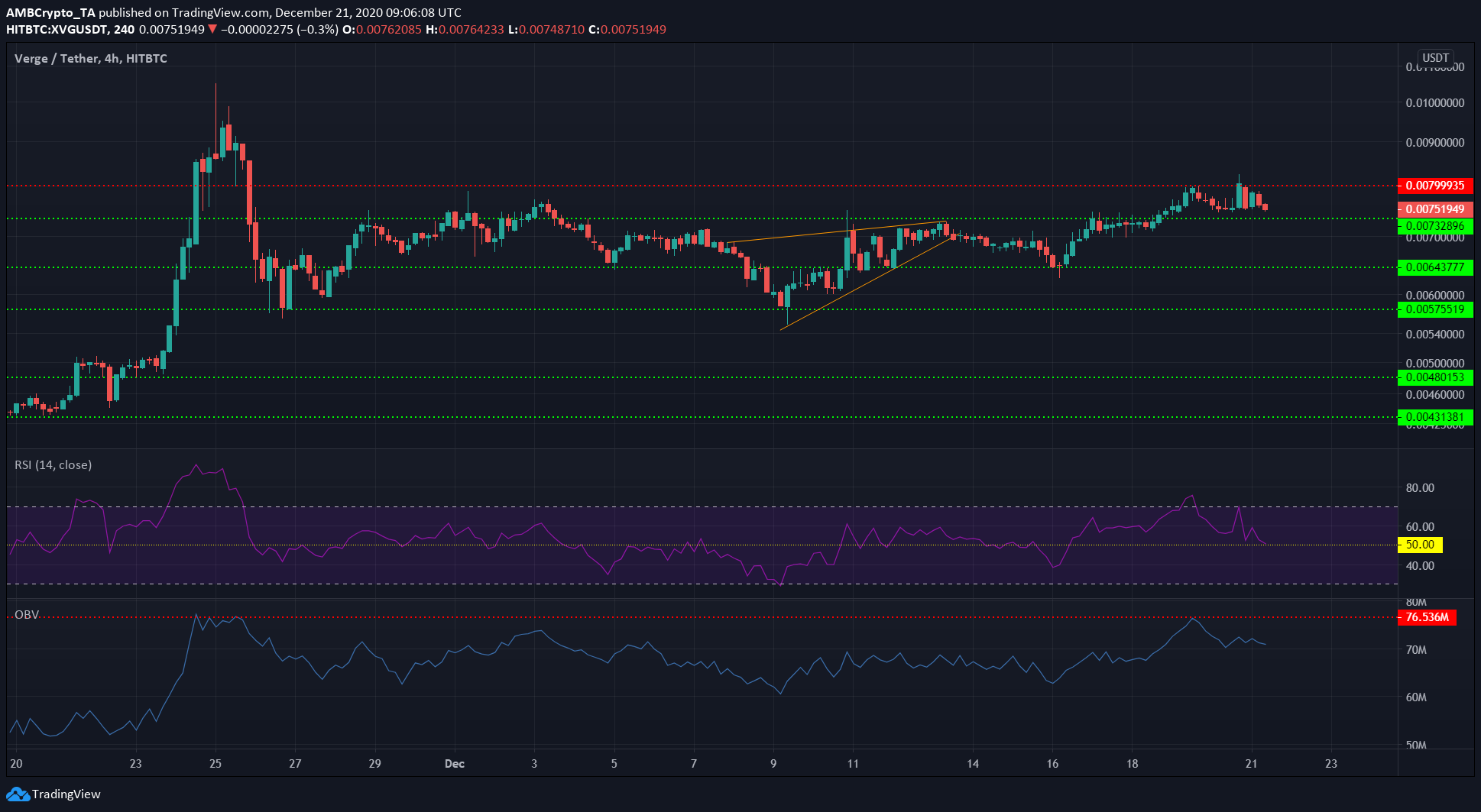 The OBV hit its ceiling from late November once more. New buyers did not flood the market, even as the price approached a local high.

While this suggested some downwards or sideways trading, the RSI continued to hover above 50 to indicate that an uptrend was in progress. But the RSI too was slowing down, and the price could reverse if the $0.00732-support does not hold against sellers.