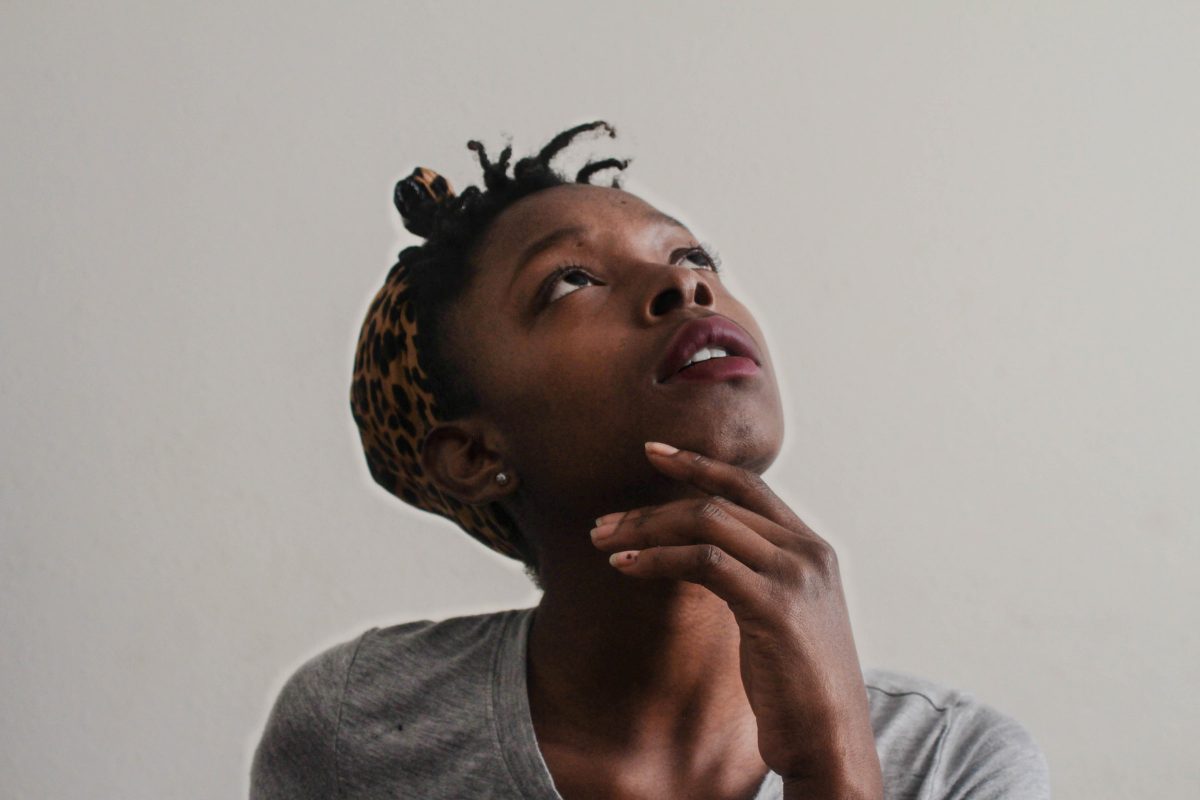 With Tether’s dropping reserves having an impact on Bitcoin’s price, Coinbase-backed stablecoin USDC’s steadily climbing reserves may do the same.

According to USDC’s hourly mean inflow charts, the inflows have increased in steps on the exchange, based on data from CryptoQuant. This is directly linked to further price movement in Bitcoin as whales and institutions are making deposits. CryptoQuant CEO @ki_young_ju was the one to make this observation, arguing that whenever USDC whale deposits to Coinbase increase, Bitcoin’s price is likely to go up. 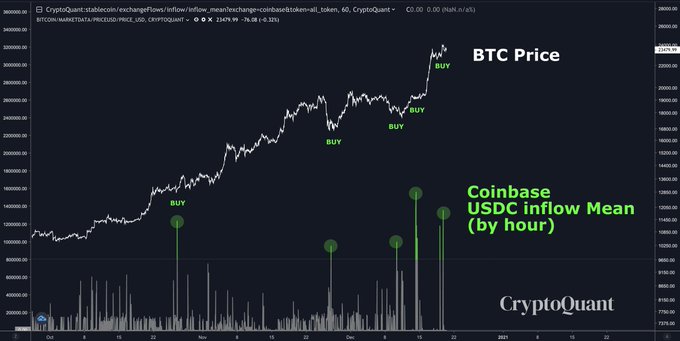 Coinbase’s institutional connection has become more and more prominent since the beginning of 2020, a time when the exchange closed several OTC deals. OTC transaction volumes are under the hood, but there are on-chain indicators to estimate the volume of these deals.

Based on these indicators, huge OTC deals may still be on. Potential institutional buying may push the inflows higher. In fact, a few weeks ago, massive BTC outflows were observed on Coinbase, outflows that were an internal movement of Bitcoins to cold storage. Together, the drop in Bitcoin liquidity and the increasing inflows of USDC could possibly build a bullish scenario for Bitcoin’s price.

According to Ju, all in all, the Bitcoin bull run never stops as long as OTC indicators keep saying institutional buying. In light of the same, is it possible that USDC inflows will increase selling pressure? It may.

Other factors like institutional activity on other spot exchanges and Open Interest in Bitcoin on top derivatives exchanges may signal a correction. Just as the inflows of Tether increase the selling pressure on Bitcoin, the same can be said for USDC as well. An institutional sell wall coupled with a rising inflow of USDC may be the recipe for Bitcoin’s price correction.

USDC’s growth has led analysts to compare it with Tether, and its market capitalization has risen by 10% week on week. Additionally, Visa’s partnership with Circle allows its users to send and receive USDC payments. Increased access to USDC would generate higher demand, corresponding to higher supply and this may support Tether in spurring the volatility in Bitcoin’s price.

Trading above $18,000 for several weeks before discovering a new ATH delayed Bitcoin’s price rally, however, the boost from Tether and Coinbase-backed USDC may push Bitcoin’s price higher in the short run.