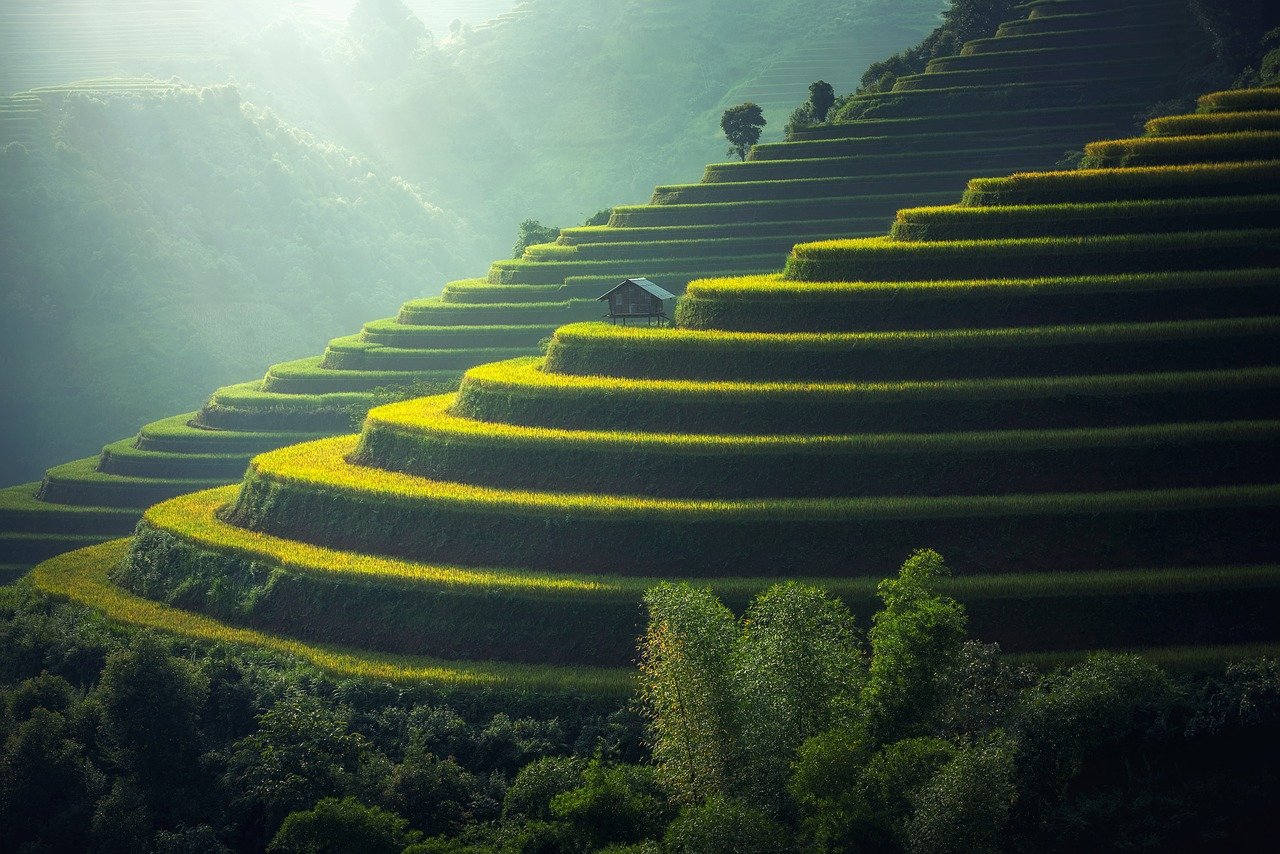 Binance Coin and Bitcoin SV formed descending triangles on their respective charts and a breakout was largely dependent on the future direction of the broader market. Dash was projected to remain below the 23.6% Fibonacci level, barring a spike in trading volumes. 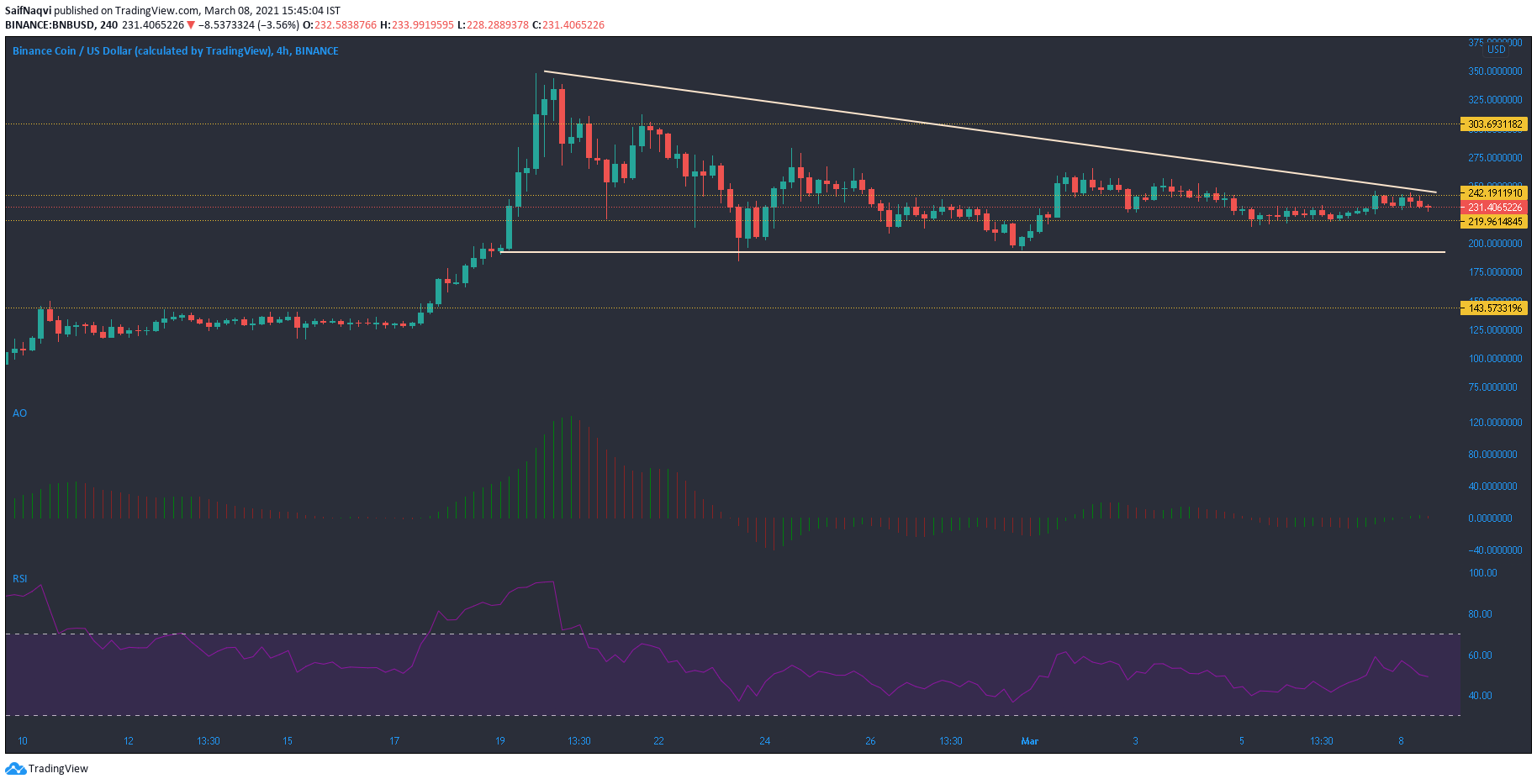 Since touching record levels, a pullback saw Binance Coin cede multiple support levels to the bears as the price formed lower lows on the 4-hour timeline. This led to the formation of a descending triangle pattern on the charts. The 24-hour volumes clocked in at over $5 billion and worked against a breakout prediction, which usually sees a sharp price move on low volumes.

The on chain-metrics still maintained a balanced market as BNB moved between $242.1 and $219.9. The Awesome Oscillator was bullish-neutral while the RSI pointed lower from the 50-mark. Since the pattern slightly favors a downwards breakout, there was a chance that BNB could move south and towards the next support mark at $143.5.

However, the triangle could also be treated as a continuation pattern, which would see BNB maintain its uptrend prior to the emergence of the pattern. An upwards breakout would put $303.7 resistance under the spotlight.

Like its counterpart BNB, Bitcoin SV too formed a descending triangle on the 4-hour chart as the price made lower highs, while the lows held steady at $172.9 support. Trading volume was low and consistent with a breakout prediction. Once again, some indicators suggested that the market was in a state of equilibrium.

The MACD line was almost superimposed on the signal line at the time of writing. On the other hand, the CMF showed strong capital inflows towards the cryptocurrency. It also formed a bullish divergence with the price and lent weight to a favorable outcome for BSV. Nevertheless, cues from the brooder market would have a higher weightage in terms of BSV’s projected movement.

Much like most other altcoins, Dash also traded in the red at press time, down by 1.4% in the last 24 hours. The price remained below the 23.6% Fibonacci retracement level, the first of many levels that Dash needed to breach for a bullish reversal towards its local high. The On Balance Volume moved flat as buying interest remained subdued in the market. An ADX reading of 13 showed that despite the lack of buyers, the market was even-keeled.

Some optimism arose from the fact the 24-hour trading volumes picked up by 6% even though it remained under $1 billion. The volumes could be observed for sudden price changes over the coming sessions.