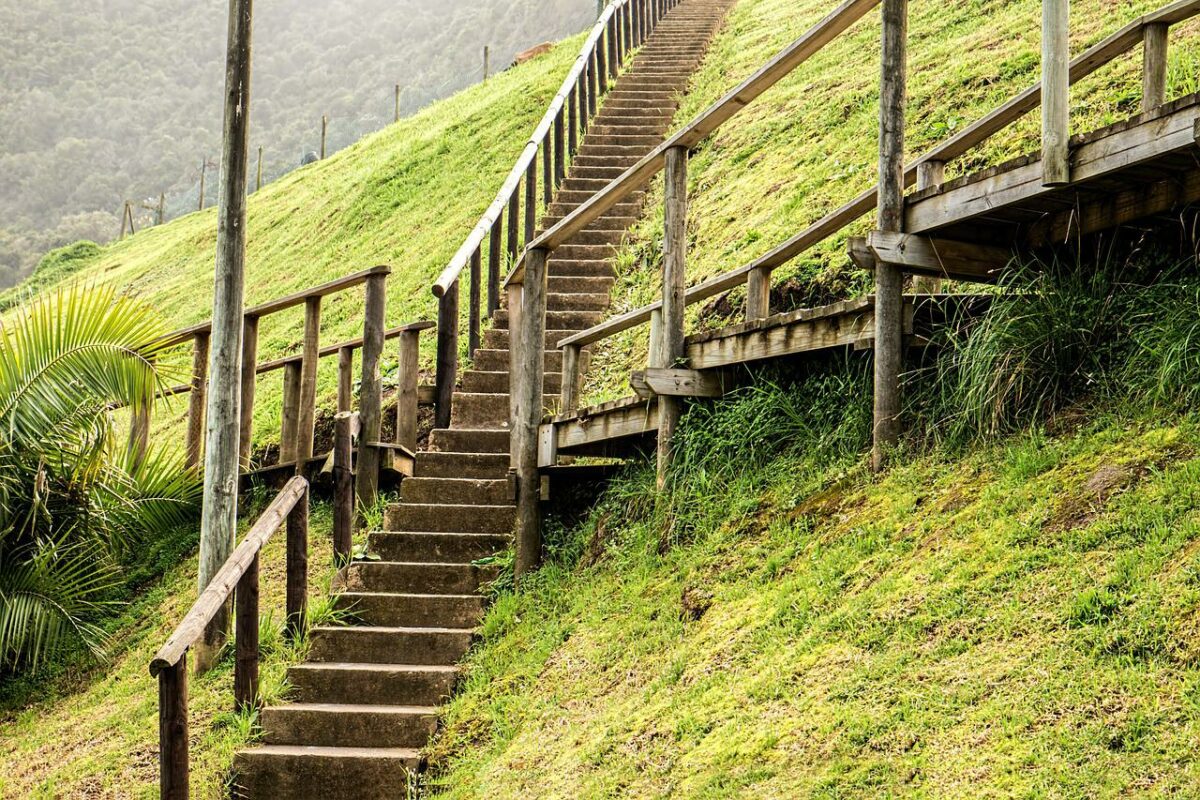 Disclaimer: The information presented does not constitute, financial, investment, trading, or other types of advice and is solely the opinion of the writer.

Bitcoin has been ranging from the $28.7k mark to the $30.6k resistance level over the past two weeks. Binance Coin has been one of the better performing top 20 altcoins (by market cap) in the past ten days and appeared to have a bullish structure on the price charts just a couple of days ago. Yet, the price faced rejection at a crucial resistance level, and the bullish bias appeared to have shifted bearish one more. 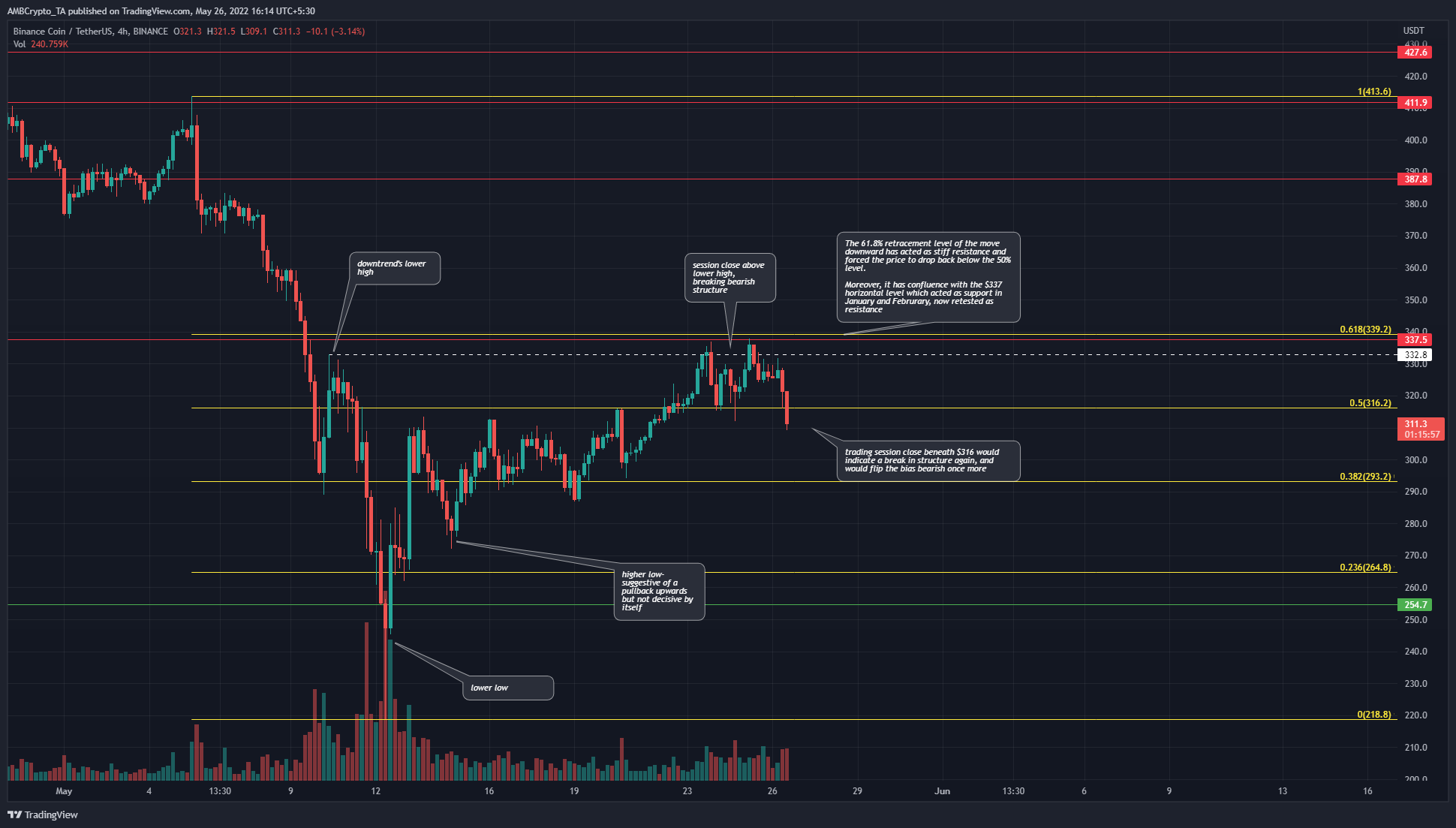 The Fibonacci retracement levels (yellow) plotted for BNB’s drop from $413.6 to $218.8 showed the $339.2 level to be the 61.8% retracement level. This area also had confluence with the longer-term horizontal level at $337.5 which had acted as support in January and February’s plunge in prices.

This confluence of resistance saw a rejection for BNB, and the price appeared to be headed for a session close below the $316.2 mark, the 50% retracement level. This could see the $316 level retested as resistance and a further drop in prices. 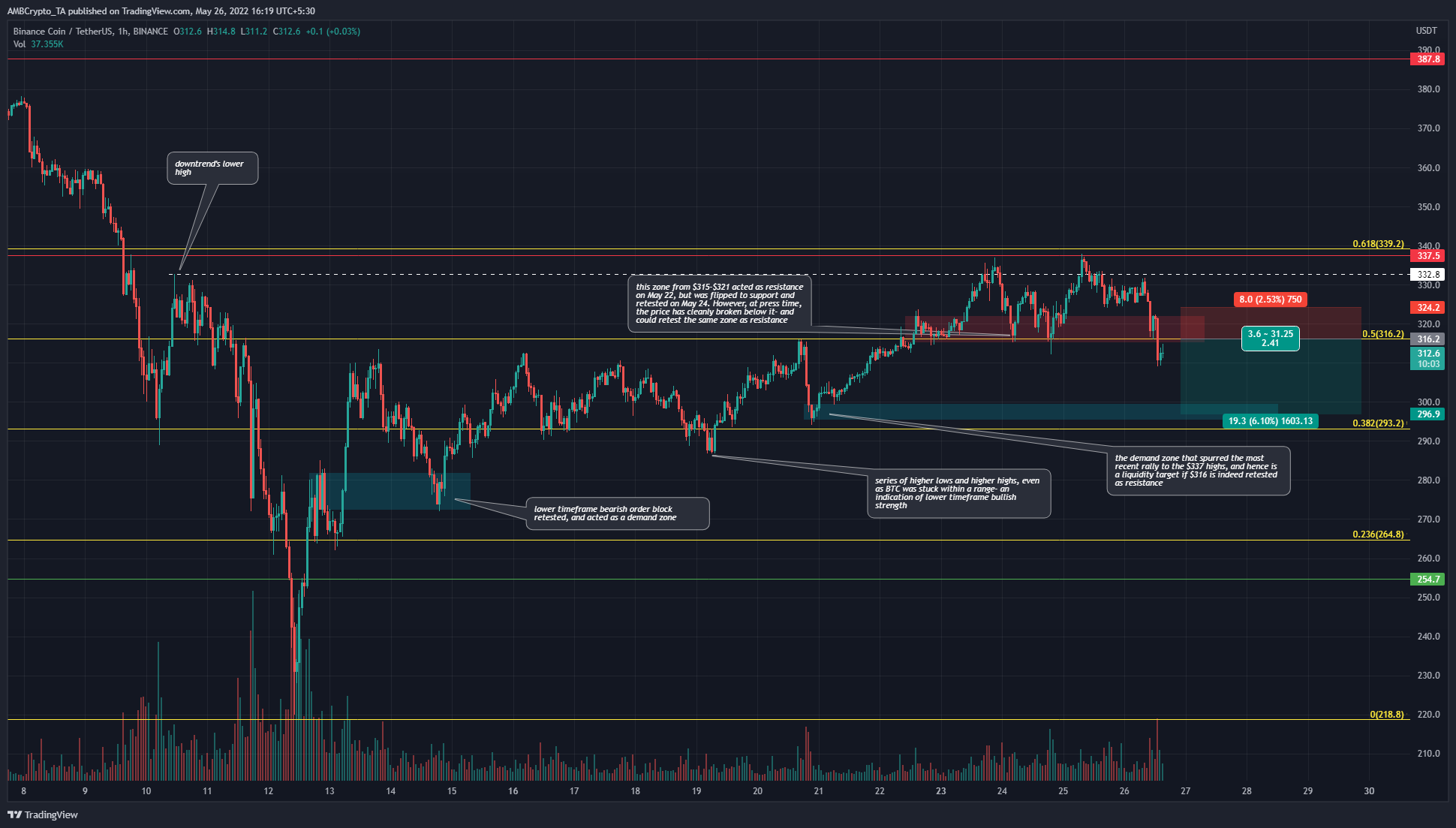 On the lower timeframe price chart, the uptrend of the past eleven days can be seen more clearly. It started when the price flipped the $280 area from supply to demand on 14 May, and the price has rallied higher since then.

It can also be seen how important the $316 support was over the past four days, as it has been tested multiple times. However, recent hours of trading saw this level broken in a single session, and a retest of this former support zone as resistance could offer a shorting opportunity.

The stop-loss of such a short position would be just above the resistance zone, at $324.2, while the take-profit lies at the zone of demand at $296 the price posted a recent move upwards. 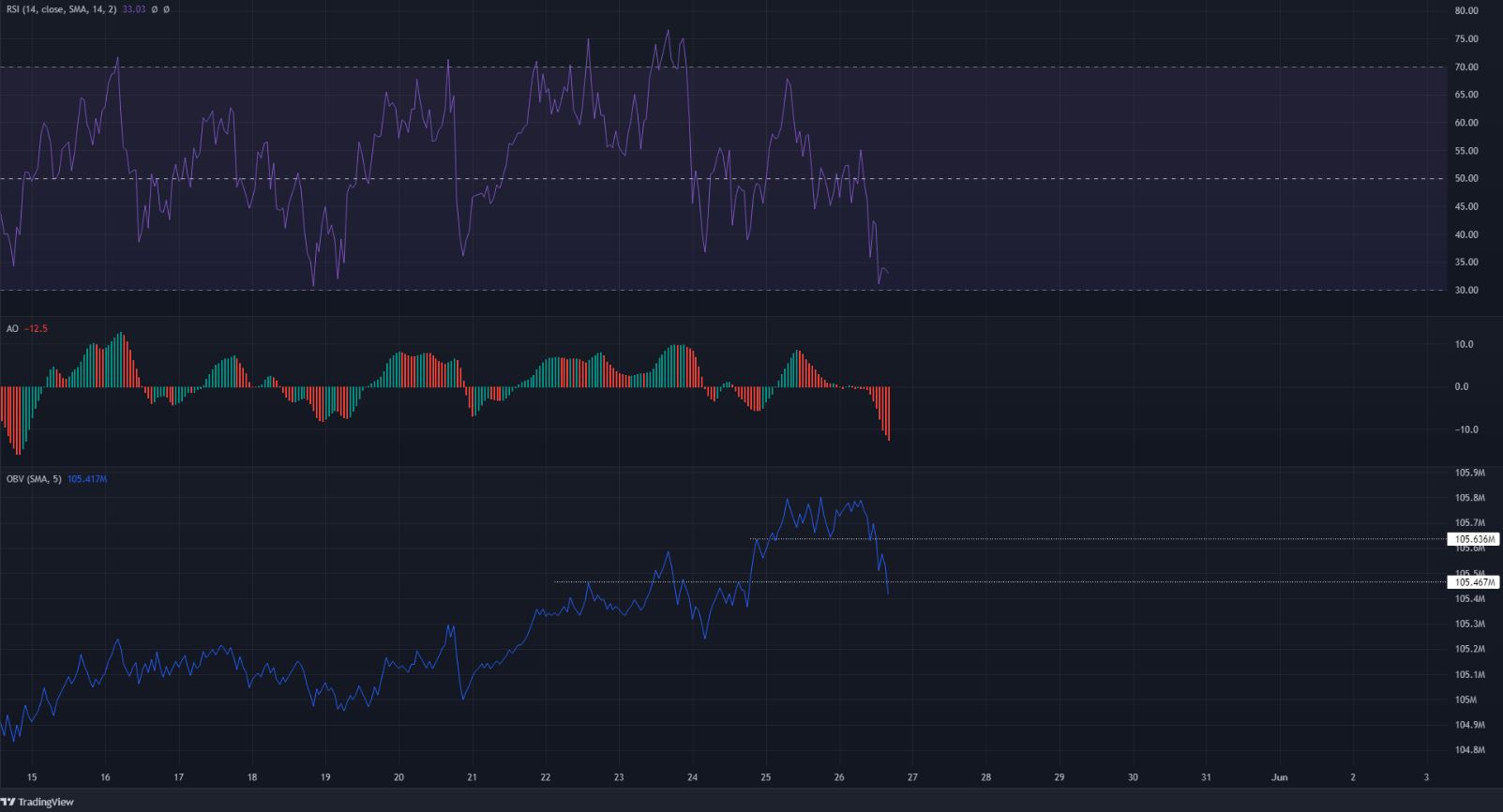 The 1-hour indicators for BNB show that bearish momentum has been strong and that selling volume has been heavy in the past few hours. The RSI and the AO dived below their neutral lines to show seller dominance. The OBV also slipped beneath short-term support levels and could be headed much lower.

Overall, the flip in structure on the 4-hour, combined with the 1-hour charts and the indicators, suggested that Binance Coin could move further south toward the $295 zone. For any trade, technical analysis is only one aspect, and risk management and trade psychology are just as important. Hence, the size of the short position must be allocated in such a way that only 2% of the trading capital is at risk upon entry.

ETH 2.0 vision meets another roadblock but validators continue their march

XRP set to drop beneath yet another support level as $0.25 beckons