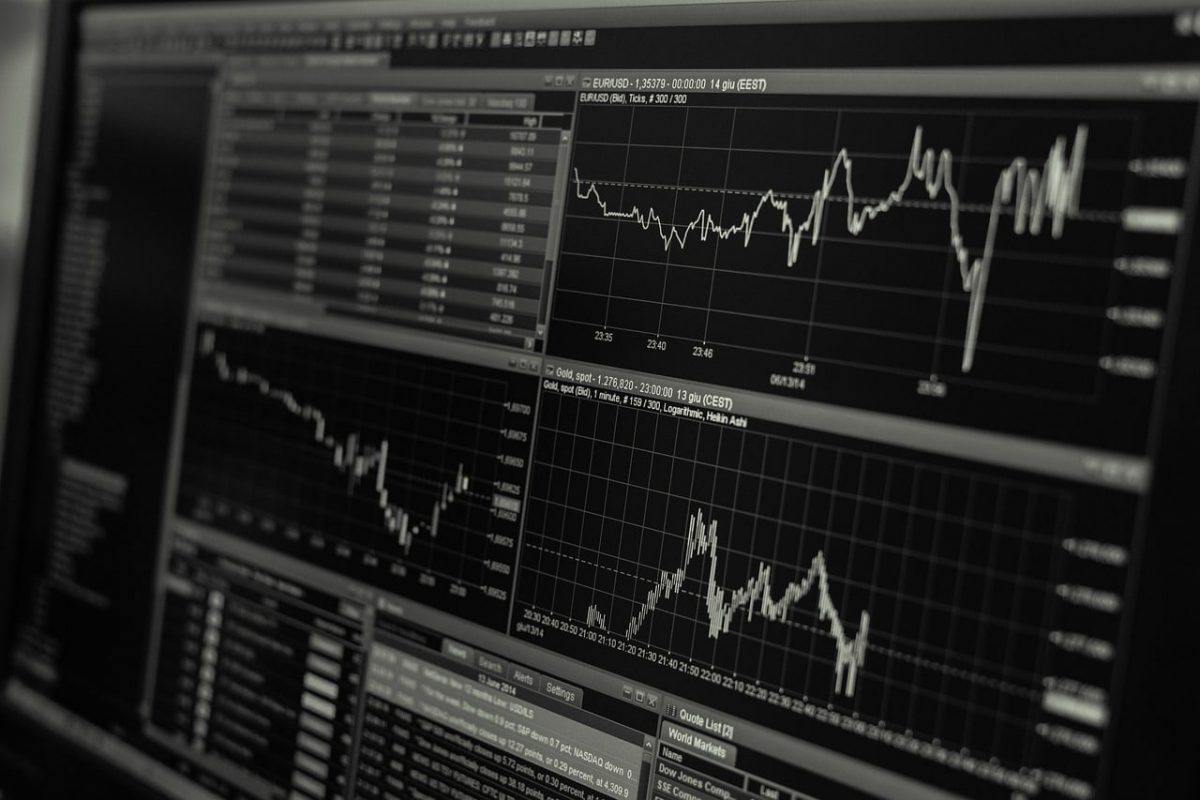 Bitcoin traded within a range from $17.7k to $15.6k since 9 November. Especially in the past two weeks of trading, the volatility has reduced as BTC meandered from $16.7k to $17.3k. At the same time, Binance Coin registered a bullish break in the market structure. However, $313 posed stern resistance to BNB bulls.

The Open Interest behind BNB has declined in the past ten days. This meant Binance Coin could post further losses. Buyers can look for an opportunity to enter longs on such a dip. 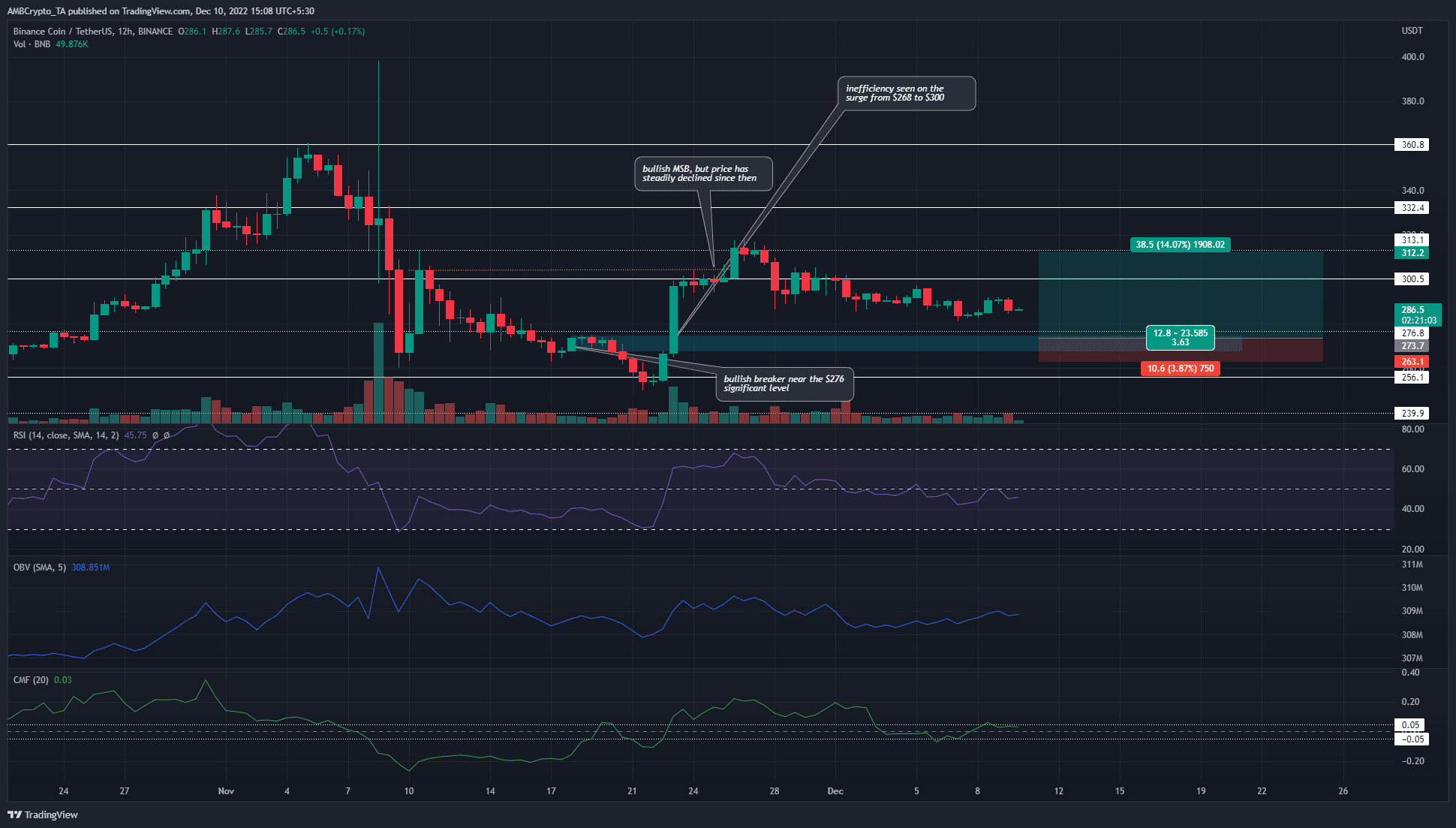 On 18 November, the price formed a bearish order block. At that time the market structure was bearish. A few days after that, a strong surge back above the $276 level flipped this bearish notion and bulls were in the ascendancy once more. A market structure break toward the bullish side was seen, and a surge to $313 followed. The bearish order block demarcated in cyan on the chart flipped into a bullish breaker.

Since this surge was quick, an inefficiency was left on the charts. This fair value gap lay between $275 and $290. The FVG has confluence with the $276 level of significance, as well as the bullish breaker.

Therefore a revisit to this zone can be of interest to the buyers. On lower timeframes, a swing failure pattern near the $260-$270 mark can be used to alert buyers that an opportunity could arise. To the north, a move to $300-$315 can be used to take profit.

The RSI has been near neutral 50 since the beginning of December. It showed a lack of strong momentum behind BNB. Meanwhile, the OBV and the CMF were also flat in the past few days. Neither the sellers nor the buyers were dominant based on the past week’s trading.

Santiment data showed that the 60-day MVRV ratio has worked well in recent months to mark local tops. This happened around 3 and 26 November as well. At the time of writing the MVRV was close to zero.

Since the previous MVRV peak, the mean coin age (90-day) metric has been on the rise. This showed BNB tokens have stayed in their addresses, and indicated a network-wide short-term accumulation.

On the Open Interest side, the bias was not bullish yet. The rally from $260 to $313 saw a sharp ascent on the OI. But following this move, both the price and the OI slowly declined. This could point toward discouraged long positions.

In summary, although a move to $270-$280 could offer buying opportunities, bulls must wait for an entry trigger before buying.

FTX: All about SBF’s “well-thought” investments, political connects, and more…