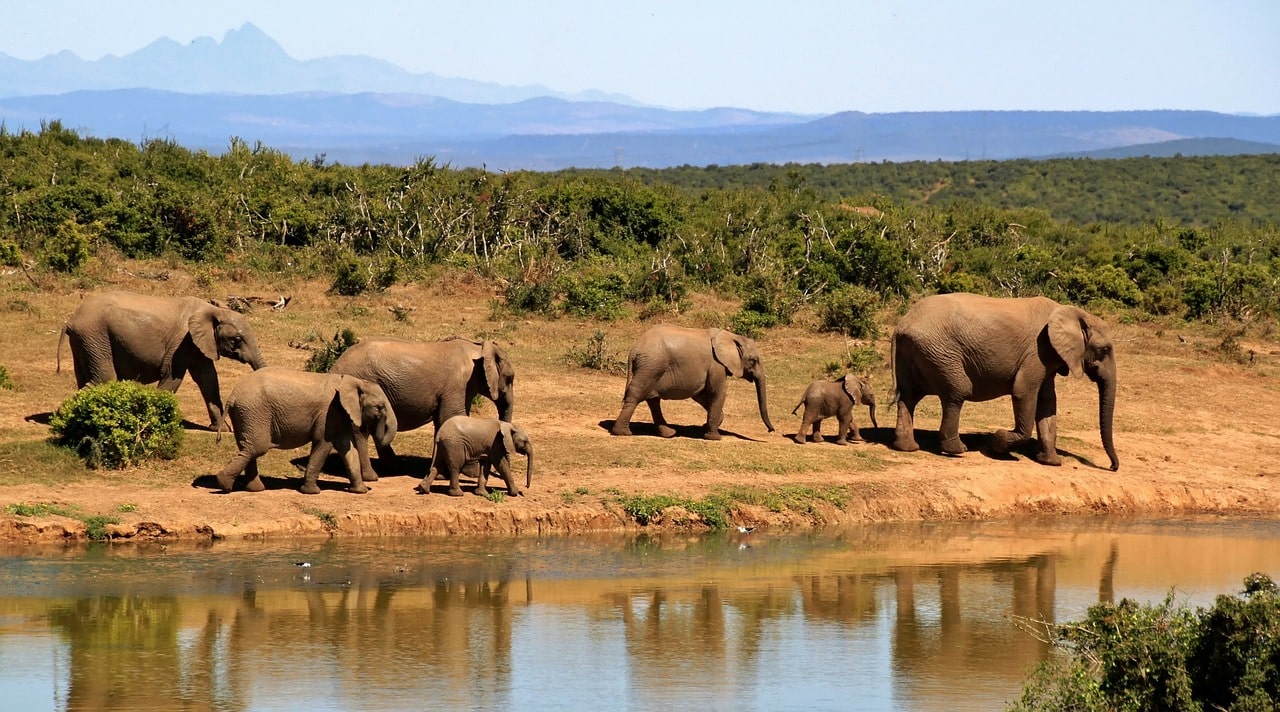 A medium-term correction for Bitcoin could spell further losses for altcoins across the board, but the $46,000 mark and the $44,400 mark will likely see buyers step in. Binance Coin and Cosmos saw short-term losses but buying opportunities are there to be had while Synthetix was headed toward the $21 mark. 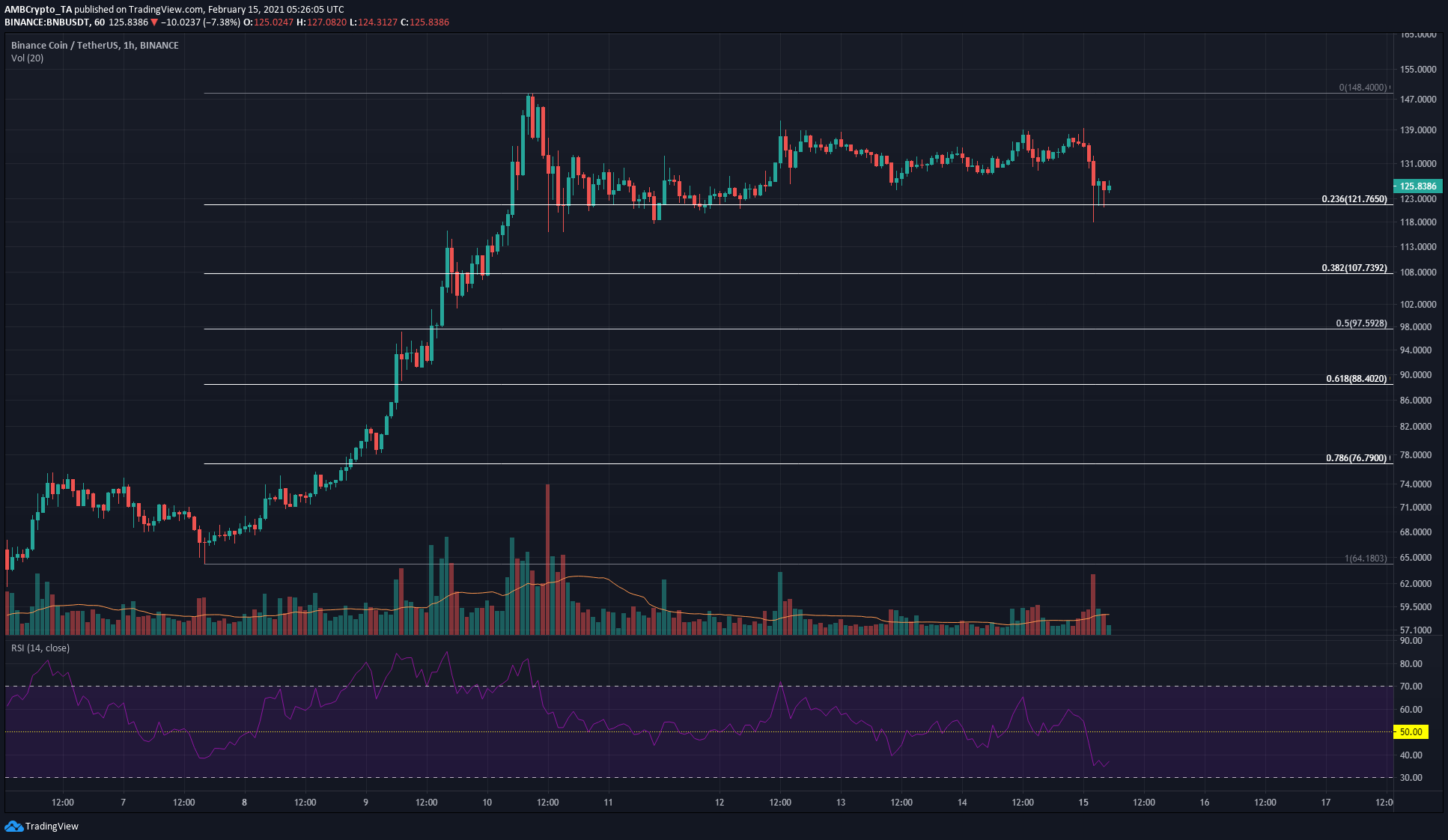 Binance Coin had the 23.6% retracement level as support at $121, with the $115-$120 area being a region of demand over the past few days. Shorting a short-term drop in a bull market could end badly.

A drop below $115 for BNB would signal further losses. However, this region has seen buying in the past. Even though the hourly RSI was well below neutral 50 and dropping, it did not yet signal a strong retracement for BNB yet.

A bullish divergence and reversal candle patterns could be used to get good entries after BNB’s dip. 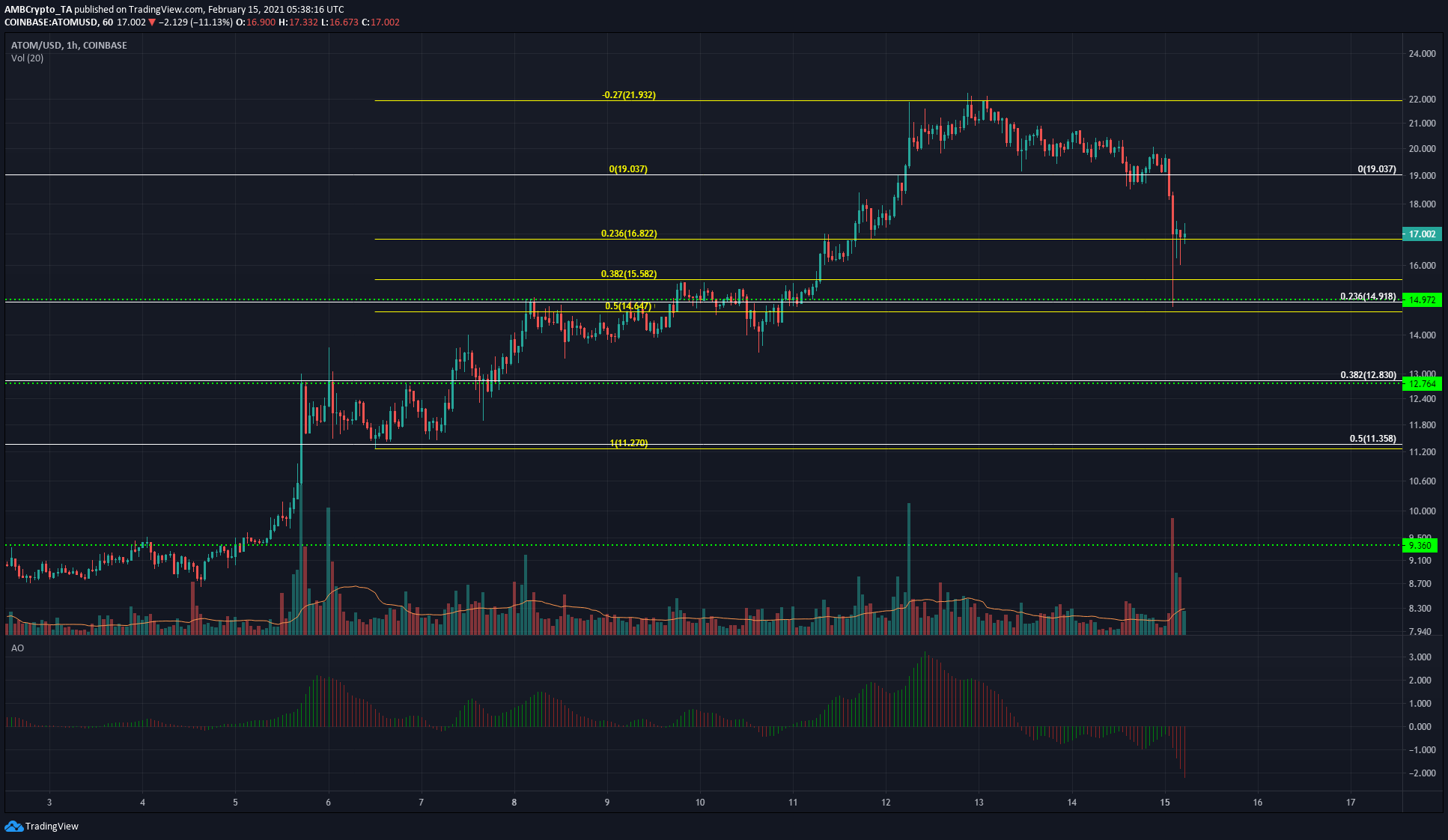 The Awesome Oscillator continued to show rising bearish pressure on ATOM. The two sets of Fibonacci retracement levels plotted for different moves up to the $19 mark provide potential areas of support for ATOM.

The $16.82, $15.58, and $14.9 levels can be expected to serve as support. The Awesome Oscillator could form bullish twin peaks set up to give a buy signal, which can be used to enter the market in a long position.

A reversal was not yet seen, and selling volume has been heavy. Some more losses for the coin may soon materialize. 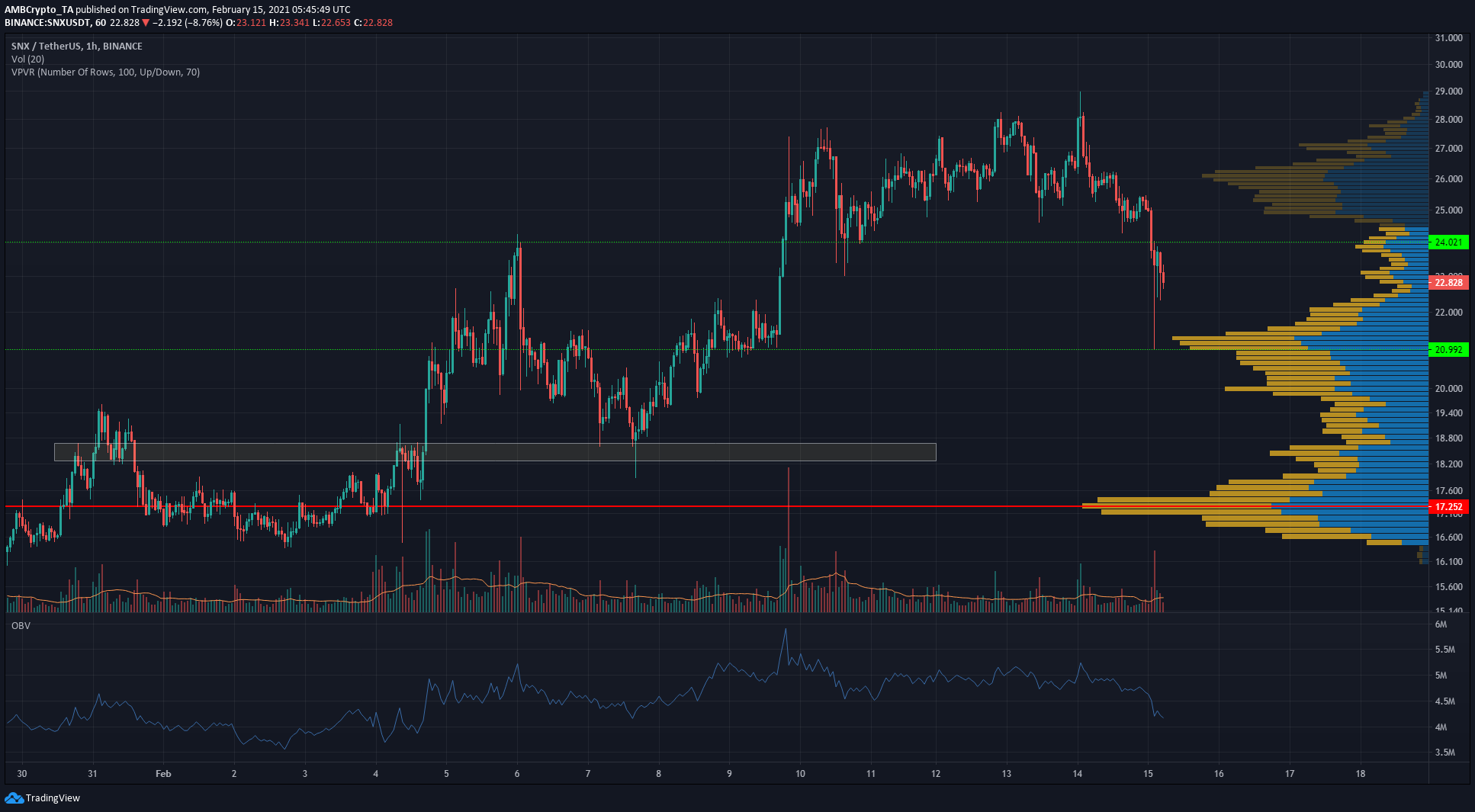 Using the Volume Profile Visible Range for SNX, some areas of intense trading activity are highlighted as potential areas of support for SNX.

The $21 region has already witnessed some demand, but the downward momentum for SNX remains strong as it fell beneath the $24 level of former support. The OBV also showed that the selling volume outweighs the buying volume.

Some consolidation in the vicinity of $21 is likely to be seen. This could be an area to buy SNX at, although some more time is needed to see if SNX faces further selling pressure or whether buyers were ready to step in once more.

FCA investigates 52 crypto businesses in 2020 according to reports