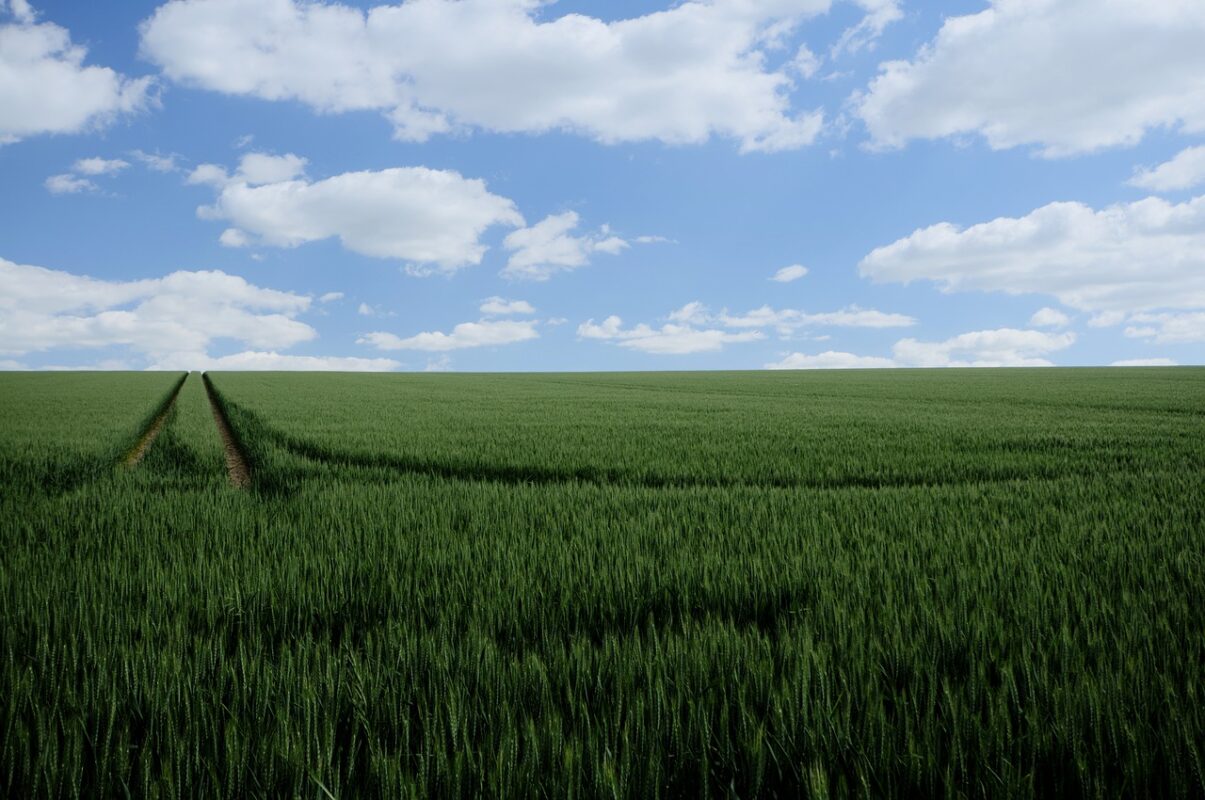 The past 24 hours saw a spike in prices for Binance Coin as Bitcoin saw a small surge- but the upside move was quick to recede. Bitcoin had jumped from $38.2k to touch $41.6k and had fallen to trade at $39.3k at the time of writing. Fantom also pushed higher, but not enough to break the bearish market structure. 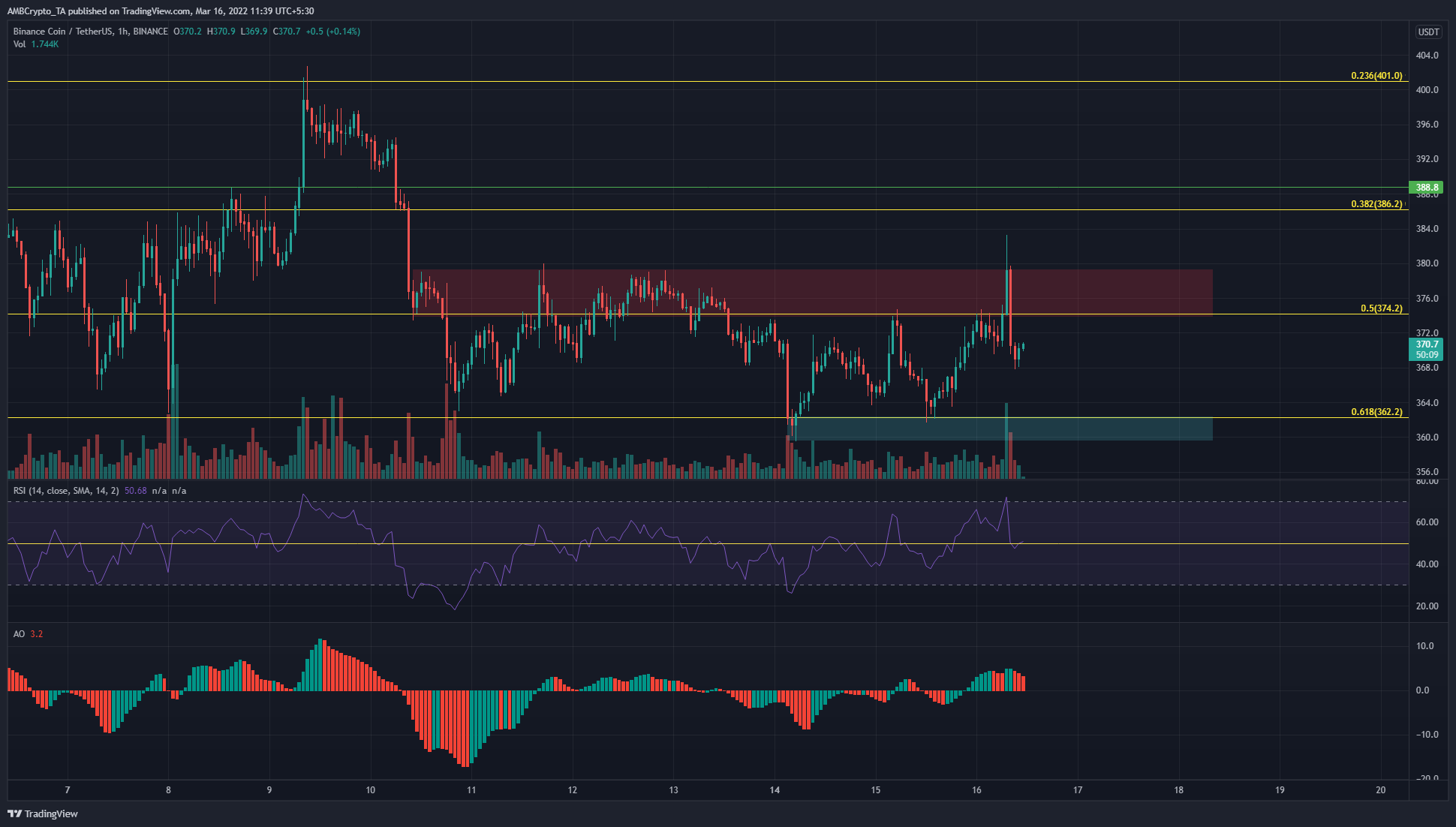 In the past week, the $374-$380 area has acted as a supply region. A strong hourly session saw BNB rise to $382, but this has been sold off aggressively in the hours since. In the comings hours, a revisit of this area could be sold once more.

The longer-term trend has been downward, and the $362 level has been tested multiple times as support- but could break in the days or weeks to come. On the hourly chart, the RSI and the Awesome Oscillator hovered near neutral territory following the volatility of the recent hours. 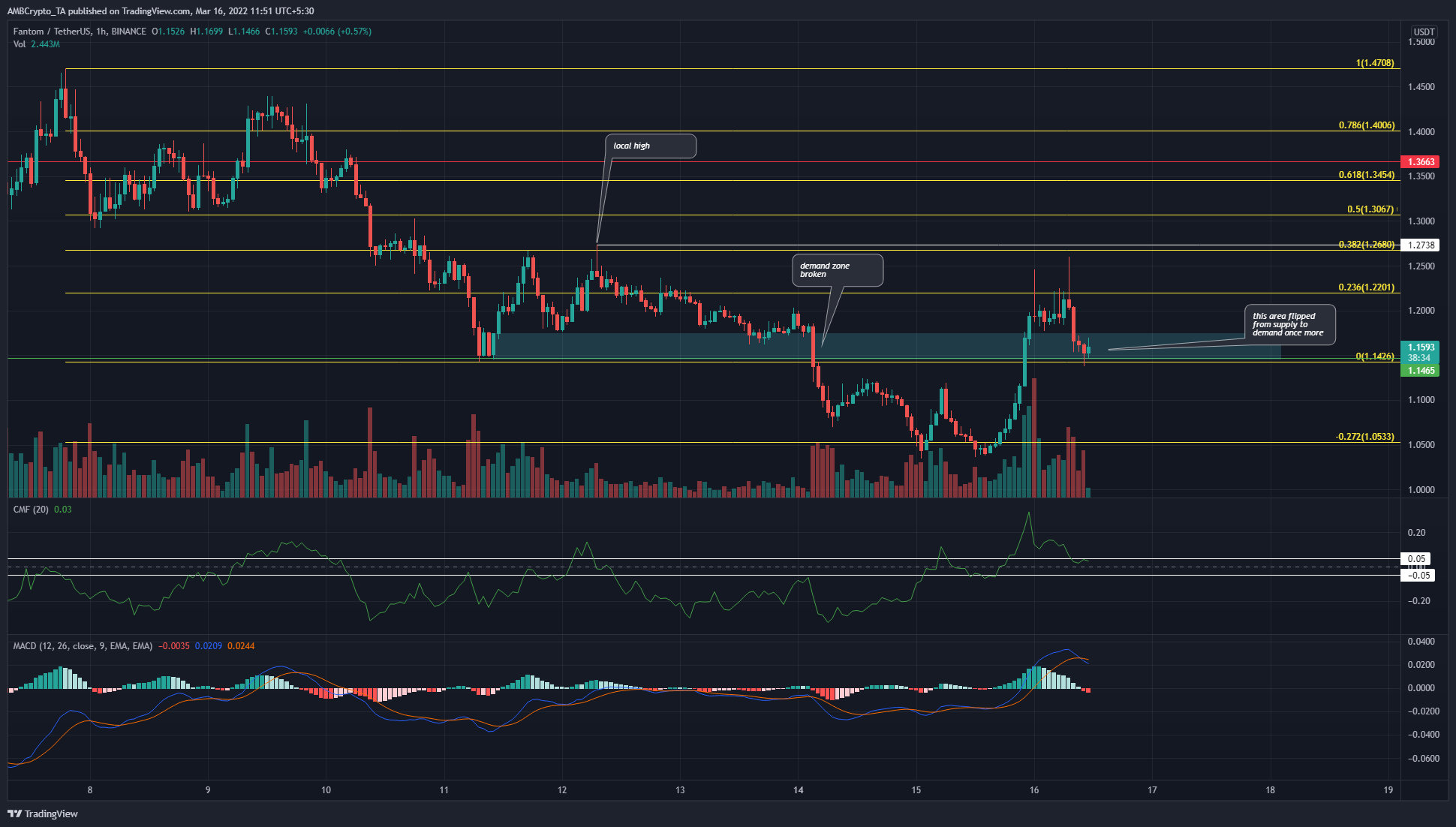 The $1.16 area was a demand area in the past week but was decisively broken a couple of days ago. The short-term Bitcoin surge saw FTM rise back above the $1.16 area, and retest the $1.14 level as support.

This area made for a good risk-to-reward region to long FTM at for a scalp long trade, with $1.22-$1.24 as a take-profit region. The longer-term trend pointed to more downside, hence a rally might not be on the cards. The CMF was at +0.03, and the MACD formed a bearish crossover above the zero line. 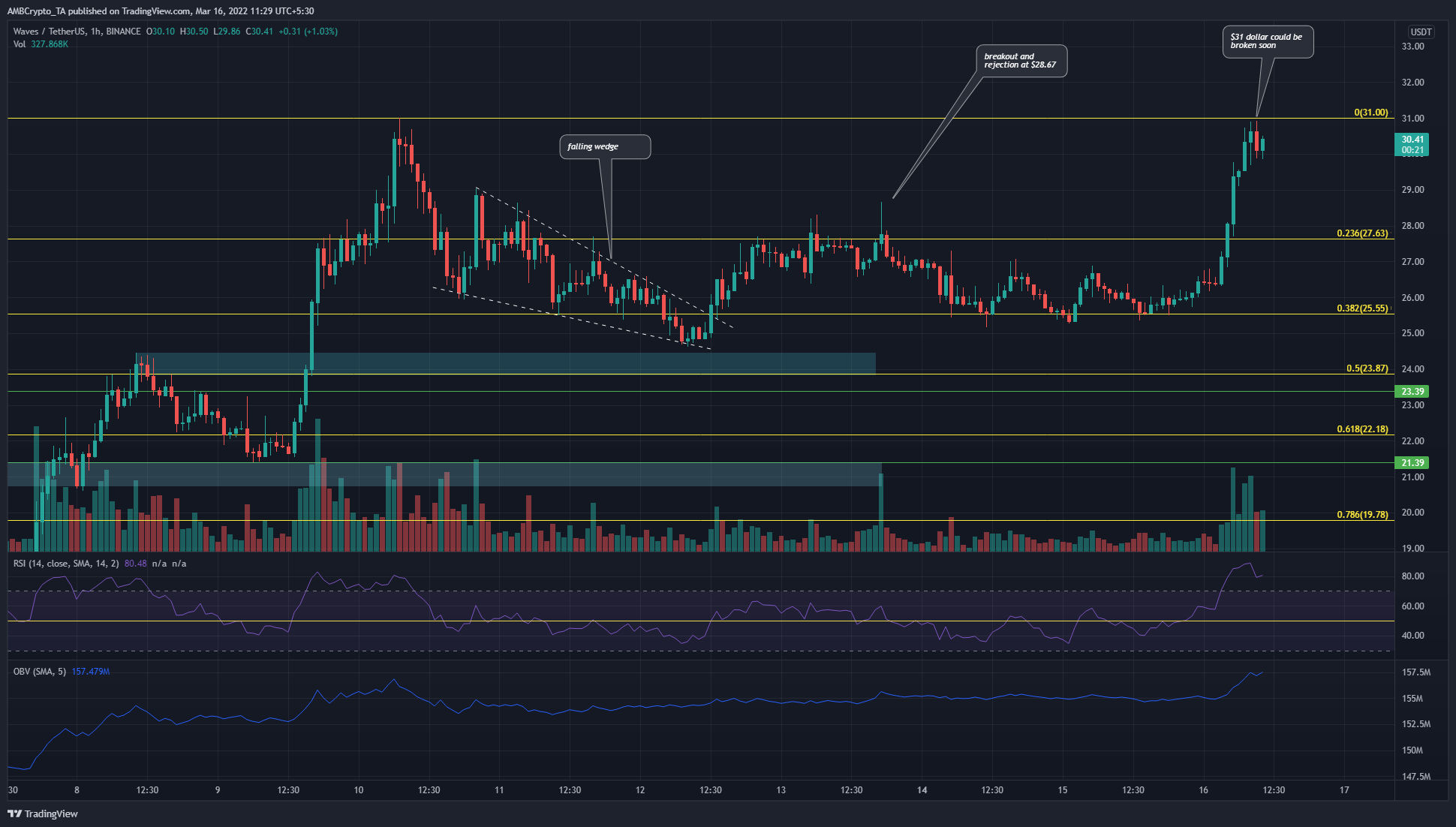 Based on WAVES’ move from $16.73 to $31, a set of Fibonacci retracement levels were plotted (yellow). The past few hours have seen a strong rise in demand, as evidenced by the spike in the OBV. This showed that a run higher could be seen in the coming days. To the upside, $34 and $37 are targets to take profit at.

The RSI on the hourly was in overbought territory, which by itself does not mean a pullback was imminent.