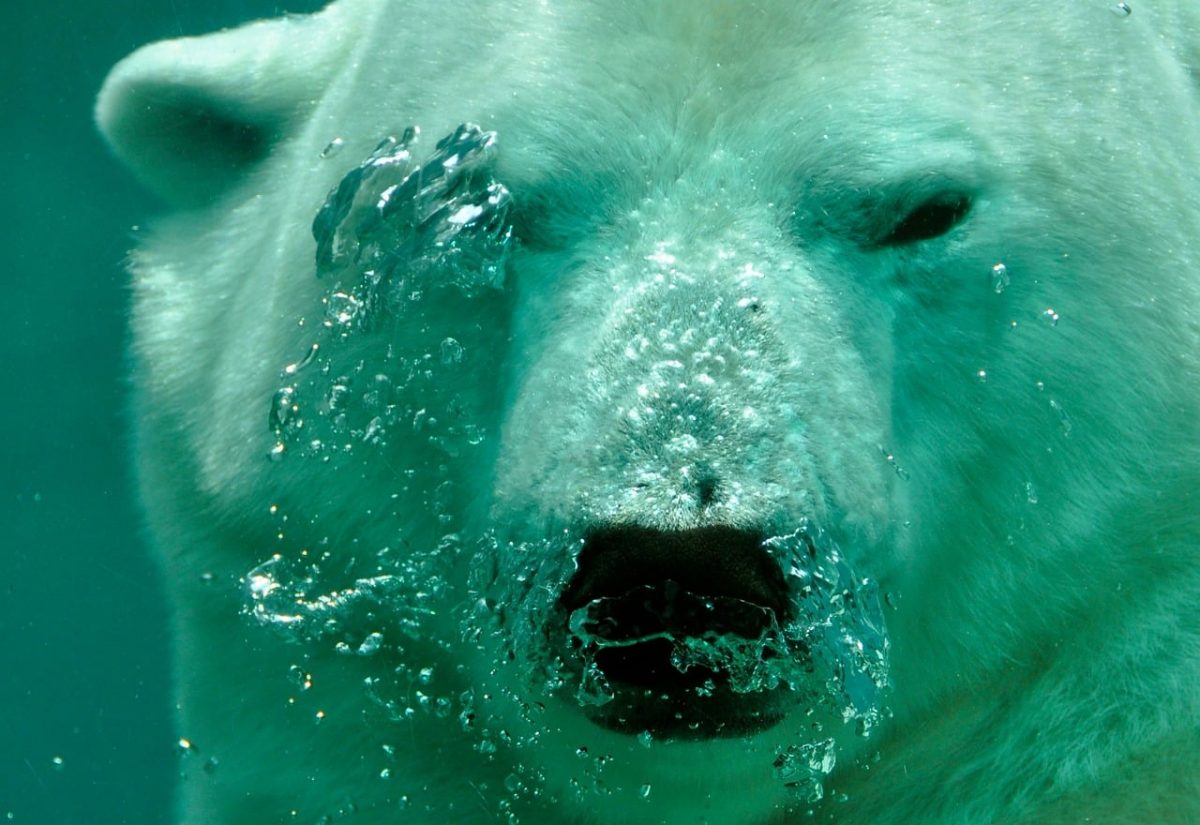 In the wake of fears around the solvency of FTX, Binance signed a non-binding letter of intent with FTX.com with the intent to fully acquire FTX. However, due diligence was yet to be completed, as per a tweet from Changpeng Zhao, co-founder, and CEO of Binance. Binance Coin saw a surge in the minutes following this announcement.

Coinglass data showed $715 million worth of positions were liquidated on 8 November. On 19 August, $641 million was liquidated, which meant the recent drop saw the largest liquidations in four months. The pain has not yet ended for market participants, and more losses can follow for Binance Coin.

Darth Maul candle meant both bulls and bears got beat up 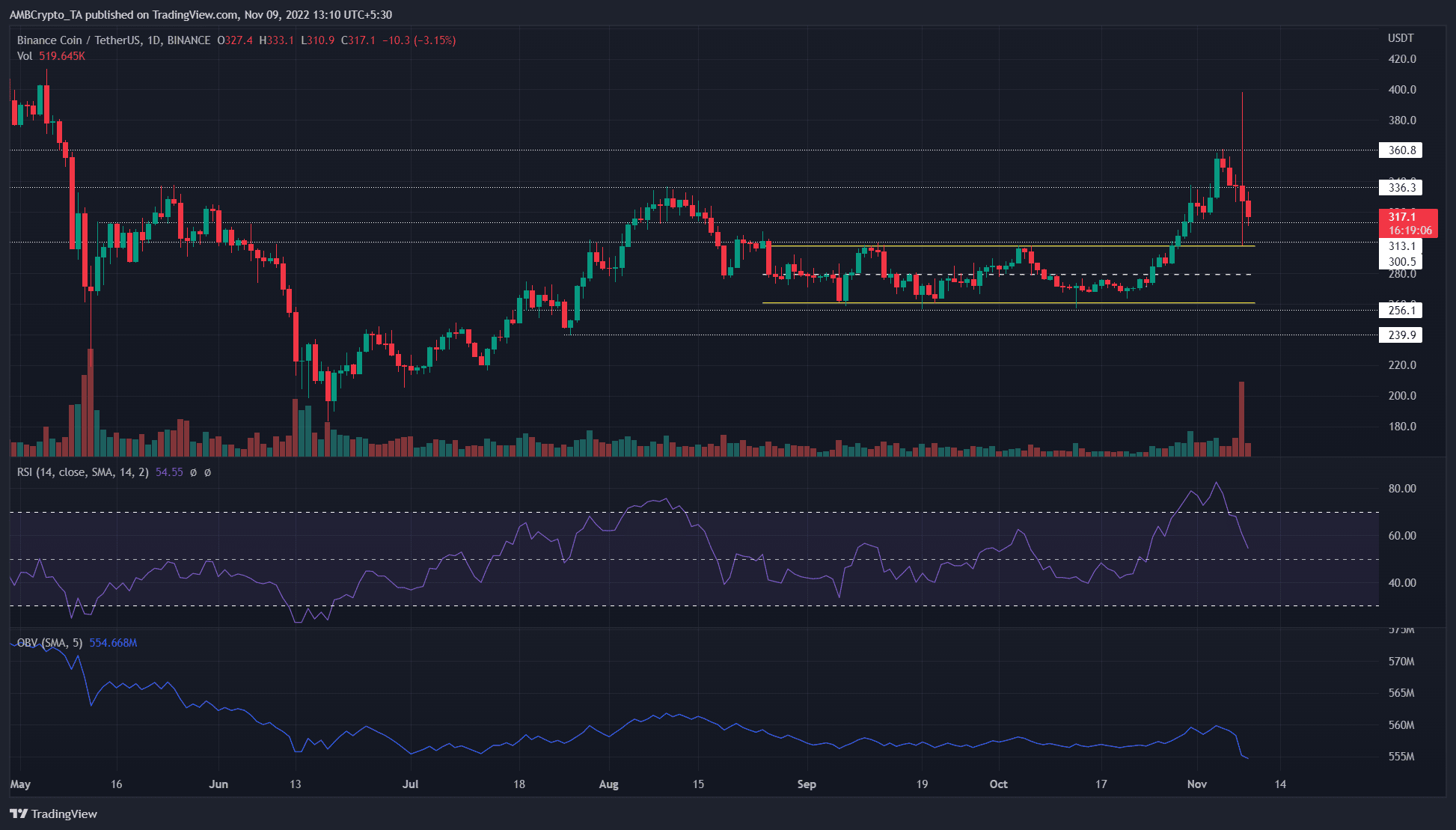 The past couple of days saw heavy volatility. Lower-timeframe traders might have enjoyed the volatility, but higher-timeframe investors from the $300 mark might be sweating a bit, especially if they did not take profits on the rally to $395.

After news of Binance supporting FTX, Binance Coin saw a swift rally which was sold off a few hours later. The surge to $398 happened very quickly and likely liquidated larger volumes of both long and short positions.

After that trading session, BNB continued to slide down the charts. Bitcoin’s bearish outlook meant further pain was in store for Binance Coin as well.

The psychological $300 level also represented the range high that Binance Coin traded within from August to October. If the $300 mark was flipped to resistance, Binance Coin would likely sink further to the $240-$260 area.

While the 12-hour RSI remained above neutral 50, the market structure was strongly bearish. The OBV had taken a steep tumble in recent days as well, showing a large volume of selling. $280 and $260 would be lower timeframe support levels to watch out for.

The active address count saw a slight curve upward in the past two weeks. Since late October, this ascent has been seen. This coincided nicely with the rally in BNB prices from $300 to $360. However, a rise in active addresses does not necessarily indicate a short-term surge in prices.

More interestingly, the 90-day dormant circulation metric remained flat in recent weeks. Despite the local top at $360 and the intense selling pressure, Santiment data did not yet show that longer-term dormant addresses moved their coins.

If that had happened, it would have reinforced the idea of heightened bearish pressure. The lack of it suggested that holders of Binance Coin have not begun to panic yet.

SushiSwap investors going long can expect this in the coming week