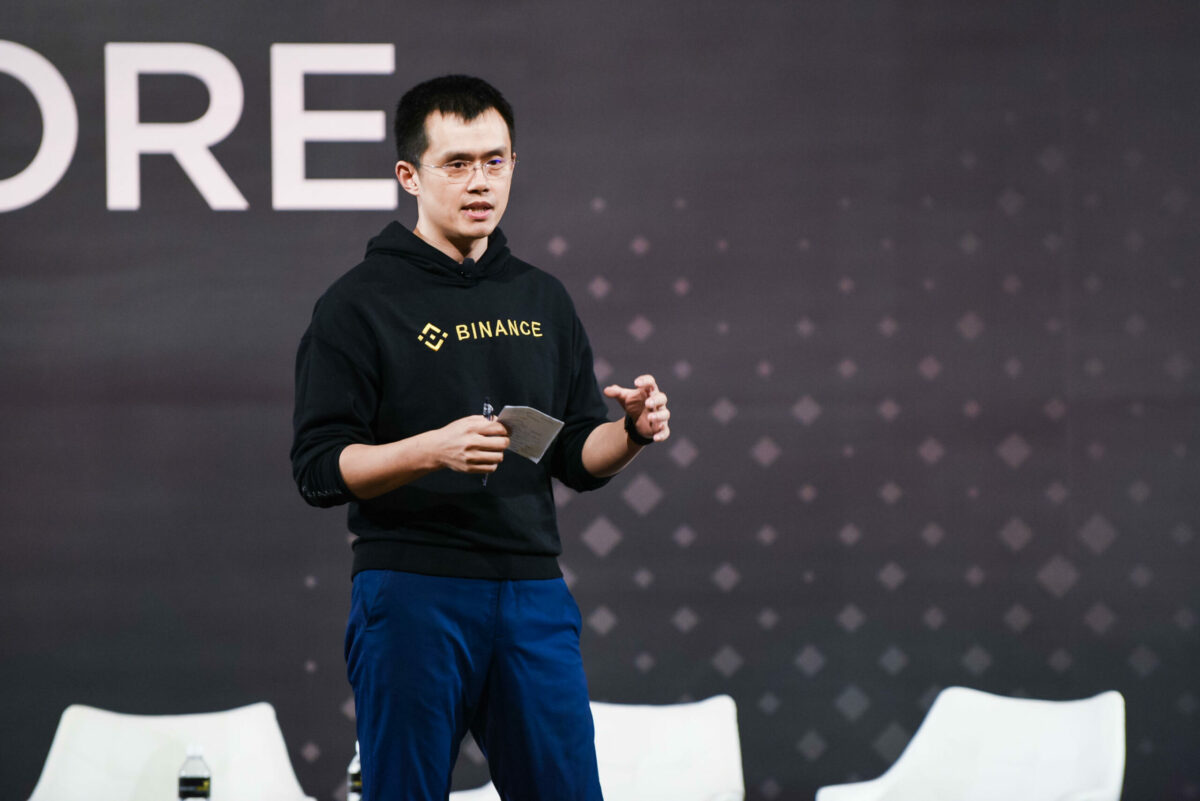 It has been over a decade since the inception of the revolutionary digital currency – Bitcoin on the back of blockchain technology. But, what nobody paid heed to when Satoshi Nakamoto created Bitcoin was that it would not just disrupt the financial sector but all the sectors as we know it. Now, 13 years down the lane, the potential of the market is dubbed to be on par – if not more – with the Internet.

This very potential has roped in several techies, regulators, and firms; all trying to build on the emerging technology or providing services related to it. One proper look into the crypto-markets and one could easily discern that the competition is in no way child’s play.

However, amidst all this, Binance – a cryptocurrency and blockchain technology infrastructure provider – has taken the spotlight in terms of leading the competition.

Since its launch in 2017, the company – first launched as an exchange service provider – has undoubtedly become one of the fastest growing crypto-firms in the space, with its founder ranked as one of the richest men in the world and the richest man in the crypto-world.

That said, it should be noted that the company didn’t have overnight success; it achieved it by carefully laying down its vision and working towards it, one step at a time. The CEO and Founder of Binance – Changpeng Zhao [aka CZ] recently penned down some of the reasons behind the success, bringing out a side that was not known to even those present in the crypto-space for quite some time now. 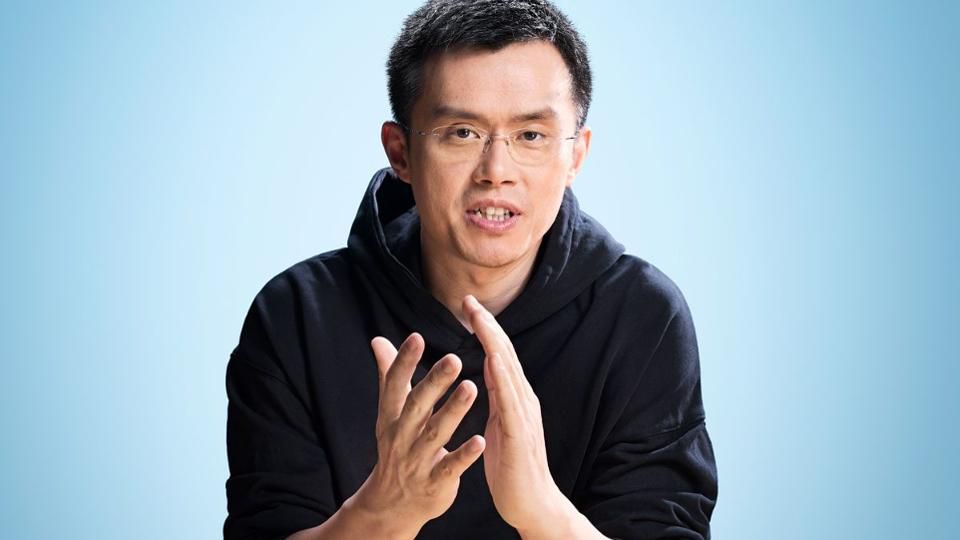 In the case of Binance, unlike the popular belief, it’s not one factor that spelt success for the firm but several, adding up to create the success that is envisioned. Zhao stated,

The founder also pointed out that the 1000 things could be classified under three main groups: Users, services, and products; groups that are Binance’s unique selling point.

Taking a look back at the past, the platform was launched in July 2017 after raising around $15 million in an Initial Coin Offering [ICO] in Shanghai. Not long after its launch, the exchange was met with its first big challenge – the Chinese government clamped down on crypto-exchanges and ICOs. To make matters worse, the government decreed that all projects that had raised funds via ICOs had to return them back to users in its original price. In this matter, Binance turned out to be a lucky one as the native token of the exchange – BNB – was 600% more than its ICO price.

While Binance lucked out in this matter, the same could not be said for other projects. The Founder noted that there were four projects that launched on the platform and they were performing less than their ICO price. Nevertheless, the team looked at the matter with an optimistic lens and decided to step in by filling the deficit of these projects, making it the exchange’s first big move in putting its customers ahead of everything.

The exchange put in $6 million of its own cash reserves to fill in the gap of the four ICOs in order to give the original invested amount back to its customers. The Founder noted that it was the first and possibly the last time an exchange had done something of that sort. Nevertheless, the users-first attitude in the matter created a positive sentiment towards the exchange, thereby bringing in more customers. Zhao said,

“To this day, this represents the single largest percentage-wise spending for Binance. It was more than 40% of all our cash reserves. We were an eight-week-old startup. Not profitable, burning money fast, hiring, and growing. It was costly, but we held to our ethos of protecting users.”

Staying true to its community

Notably, the exchange’s popularity and favorability did not rise with one such move, but several. Another incident revolved around the exchange putting its users first in the matter of NEO gas token, stated CZ. On the situation, the CEO said,

“Through our balance reconciliations, we identified extra GAS tokens in our wallet. We were worried. Was there a bug somewhere? After some thorough checking, we learned that if you hold NEO in your wallet, it generates GAS, which is another token that also has value.”

After figuring this out, the exchange decided to give the gas tokens to NEO holders, a move no other exchange had made back then. And, this resulted in furthering the growth of the exchange as most NEO users moved their funds to Binance.

Notably, this was not the last time the platform put its users first. The platform has done several more things with the users being at the epicenter, and continues to do so. According to Zhao,

“The list goes on and on. But you get the point. Protecting users costs time and money, but we believe it is the right thing to do and is the best way to attract and retain users. We encourage other exchanges to do it as well.”

Setting standards from the get-go:

Now, any firm working in the service sector or otherwise knows that customer service should always be the prime focus as they are the company. In terms of this, no other firm in the cryptoverse has understood it better than Binance.

The world’s leading exchange has topped customer service by not just providing prompt response, but also apt solutions. The exchange was the first to set up a process wherein a customer needn’t have to wait for days or sometimes even months to get a response or assistance on a particular matter – a common occurrence back then.

The platform set a standard response time to a maximum of 24 hours and a minimum of 1 hour, a move that was much appreciated by the Binance community. Now, this time has been reduced to a mere few minutes, with the exchange even supporting a live chat system.

Binance also has customer support service in 12 languages – with the platform set to add on to that list – taking into consideration that its community is not country-specific, but is a global one.

Moreover, the exchange has a history of helping out its users with non-exchange related matters. This includes coin recovery assistance and even tracking of funds and safeguarding crypto in situations of a hack or a scam.

With all that said, sure, the exchange would have by all means found success by keeping the first two groups checked. But, it wouldn’t have gotten to where it is now had it not been for its products. The exchange outdid its competition by introducing a line of products that wasn’t available back then and, notably, it continues to do so.

According to Zhao, four main factors under its product range pushed forth the platform’s success: Speed, coins, fees, and international. Binance’s matching time was an industry-best, and its API was the fastest and most stable in the market.

The exchange was also the first to be more than just a Bitcoin exchange. Binance was one of the very few exchanges to give support to other cryptocurrencies in the market, a factor missing in a majority of the exchanges back then. Binance made a move in this direction after noticing that there was a lot of demand for a platform supporting other altcoins. Thereby, catering to its customers by creating a liquid marketplace for those coins.

Moreover, the exchange has one of the best fee slabs in the entire market. In its initiation period, the exchange had 10x lower fees than other exchanges. Now, four years down the lane, it continues to be an exchange with the lowest fees in the world, with the platform aiming to decrease it further in the future.

On the international front, Binance noted that the top two exchanges back then – Poloniex and Bittrex – mainly catered to users in the United States, thereby leaving behind customers coming in from other parts of the world.

According to Zhao, these exchanges were providing user interfaces only in English, leaving out other languages. Binance made a move to fill this gap by releasing its interface in nine languages within the first month of its launch, with the total tallying up to 31 languages today.

“In summary, there is no secret sauce to building a successful exchange. You have to abide by your values, build a good product and service your users. To that end, I want to thank all of the Binance team, including Binance Angels for their hard work, dedication, and contributions they have made.”

More fertile lands: Singaporean developer to set up over 1000 mining rigs in Malaysia

Bitcoin won’t witness a recovery until this happens