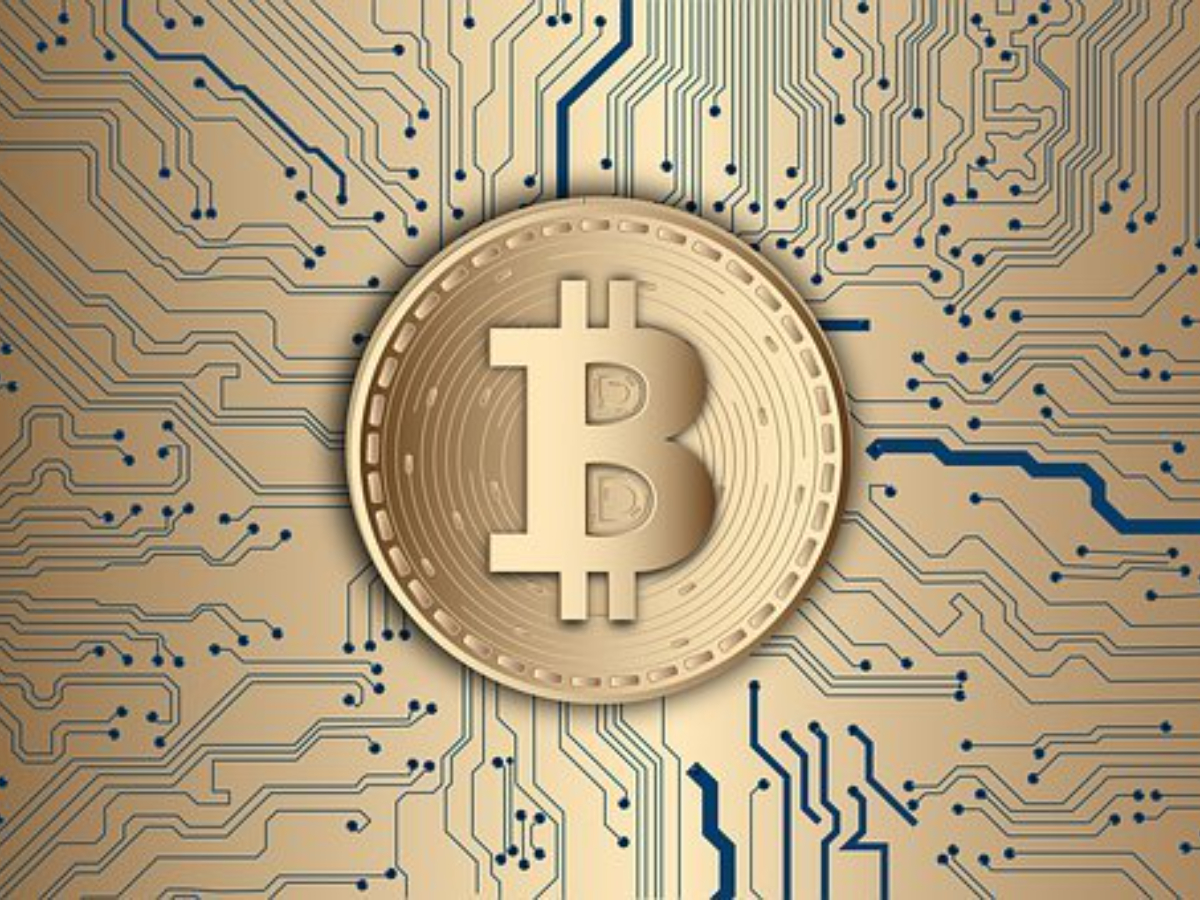 The recovering market is slowly losing its strength since the overall crypto market led by the king coin Bitcoin itself made barely any difference in the last seven days.

Bitcoin in a rut

Last week after Bitcoin dipped by over 13% in just a couple of days, some ray of hope came in the form of a short-lived rally of 5.67%.

The rising concern isn’t based just on the fact that Bitcoin is repeating price levels, the concern is born out of the fact that even indicators are signaling towards red candles.

The strength of the active downtrend is such that even bulls can at best keep BTC consolidated. 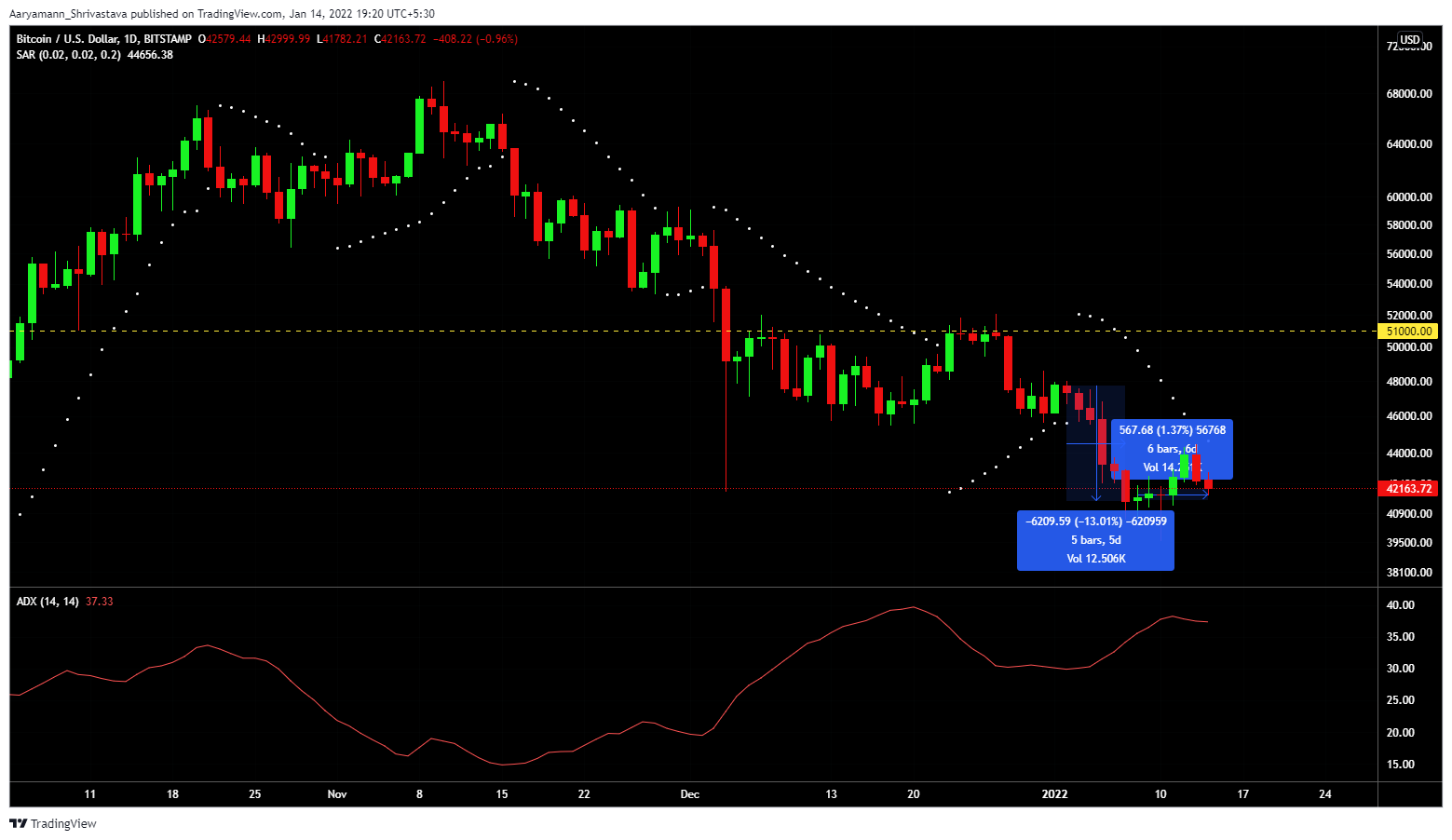 The second week of 2022 has marked the highest level of outflows observed in more than a year, by digital investment assets totaling $207 million. The outflows were led by none other than the king coin as Bitcoin registered negative $107 million in net flows. 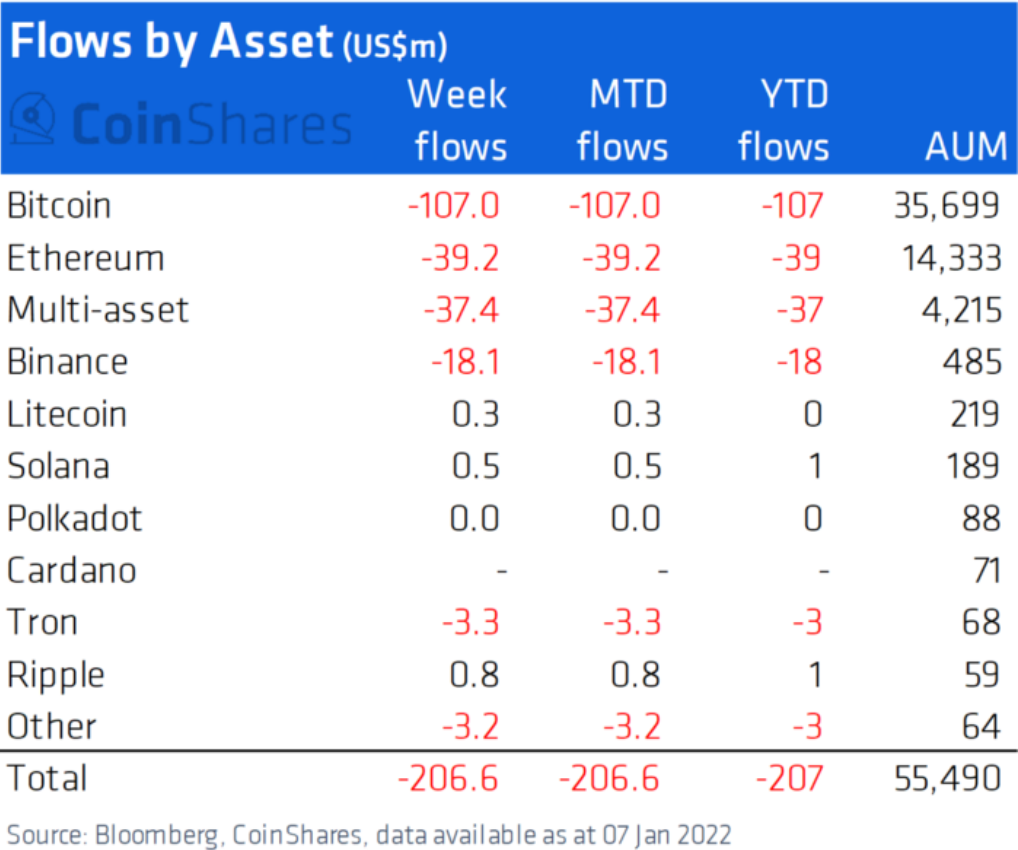 This was followed by Ethereum at – $39 million which still accounts for just one-third of Bitcoin’s outflows.

In any case, investors didn’t seem to be bothered by the developments at all, neither positively nor negatively. The number of addresses that have been active on-chain continues to stay stagnant at 950k and the network could manage to add only 200k new investors in more than a week. 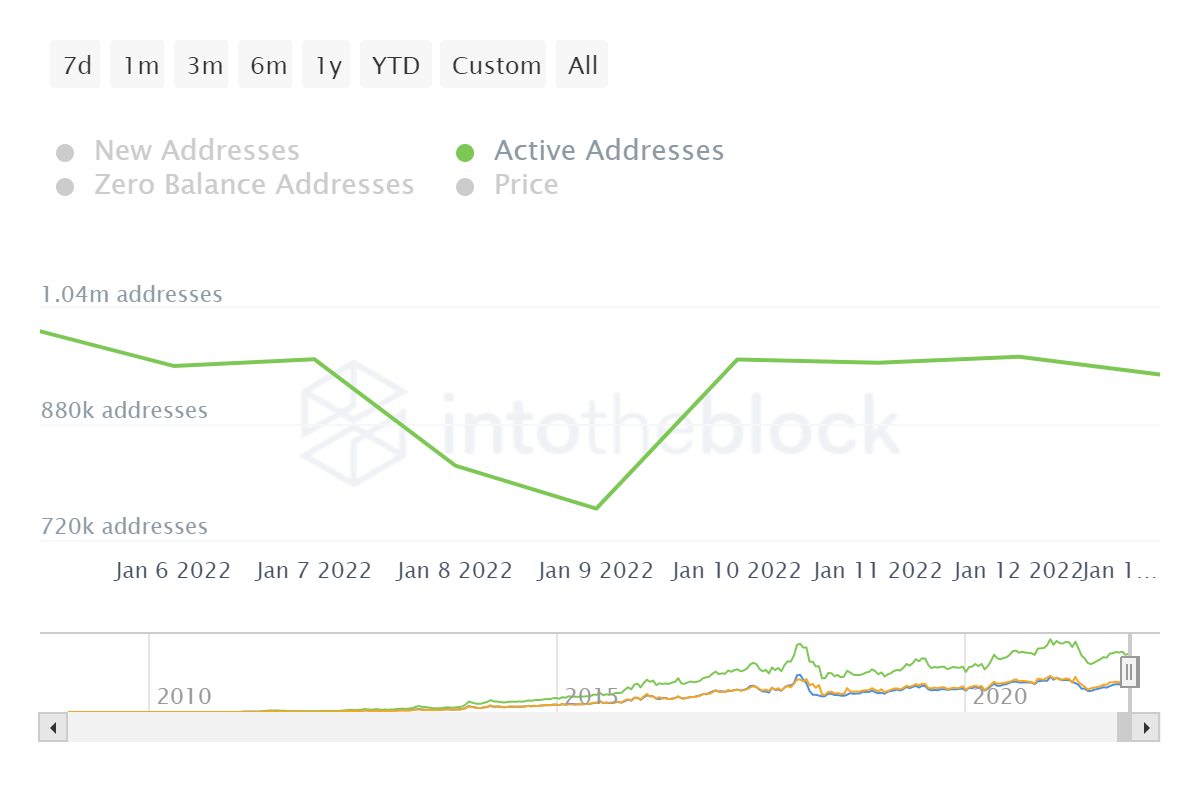 Natbly, this is not a good sign, since, in the case of Bitcoin which lacks DeFi, its investors are its only strength. And, if their support is lost, a quick recovery is very difficult.

However, one positive observation is- BTC hasn’t lost its HODLers. Selling has been minimal and over 400k mid-term holders have been HODLing their BTC to turn into long-term holders this month. 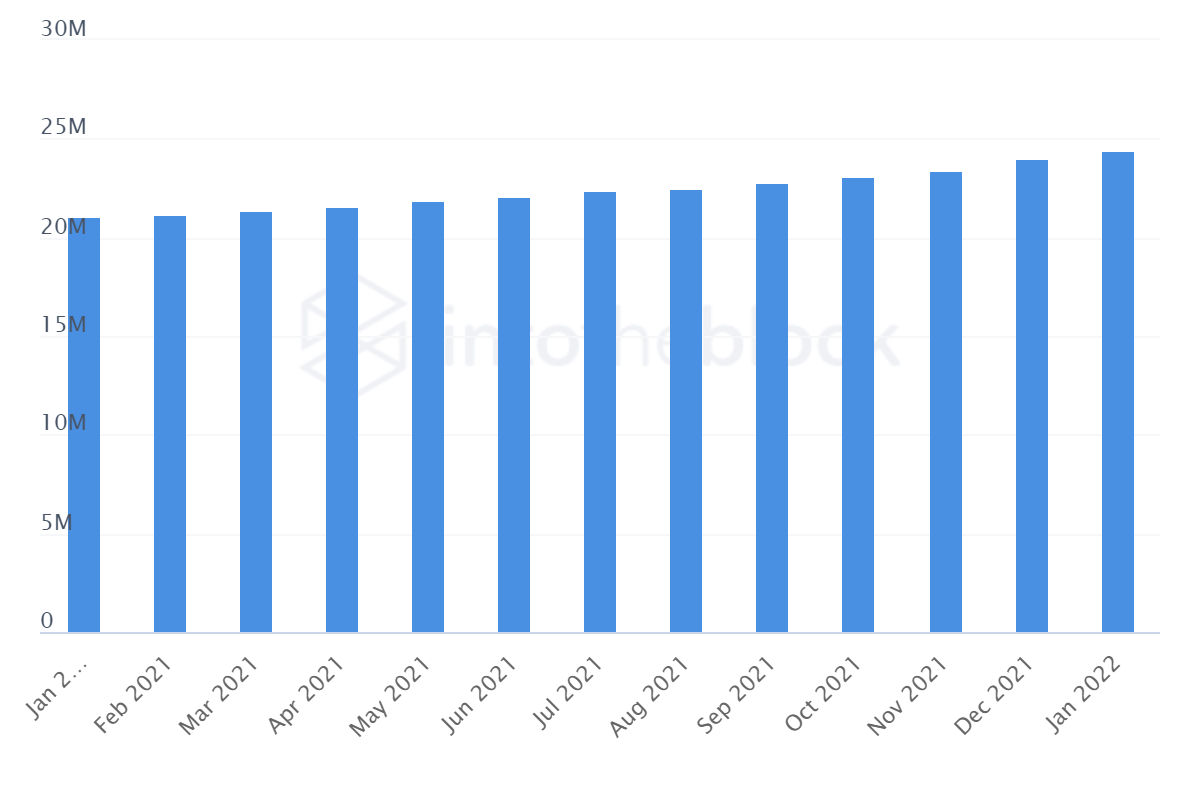 But the king coin can not be dependent on this crutch alone. The market needs to maintain the net flows close to neutral or positive, only then could there could be a chance that Bitcoin could defy the ensuing bearishness.

Binance’s spell for success centers around its users, services, and products

Can Dogecoin ‘whistle’ its way back to the top 10