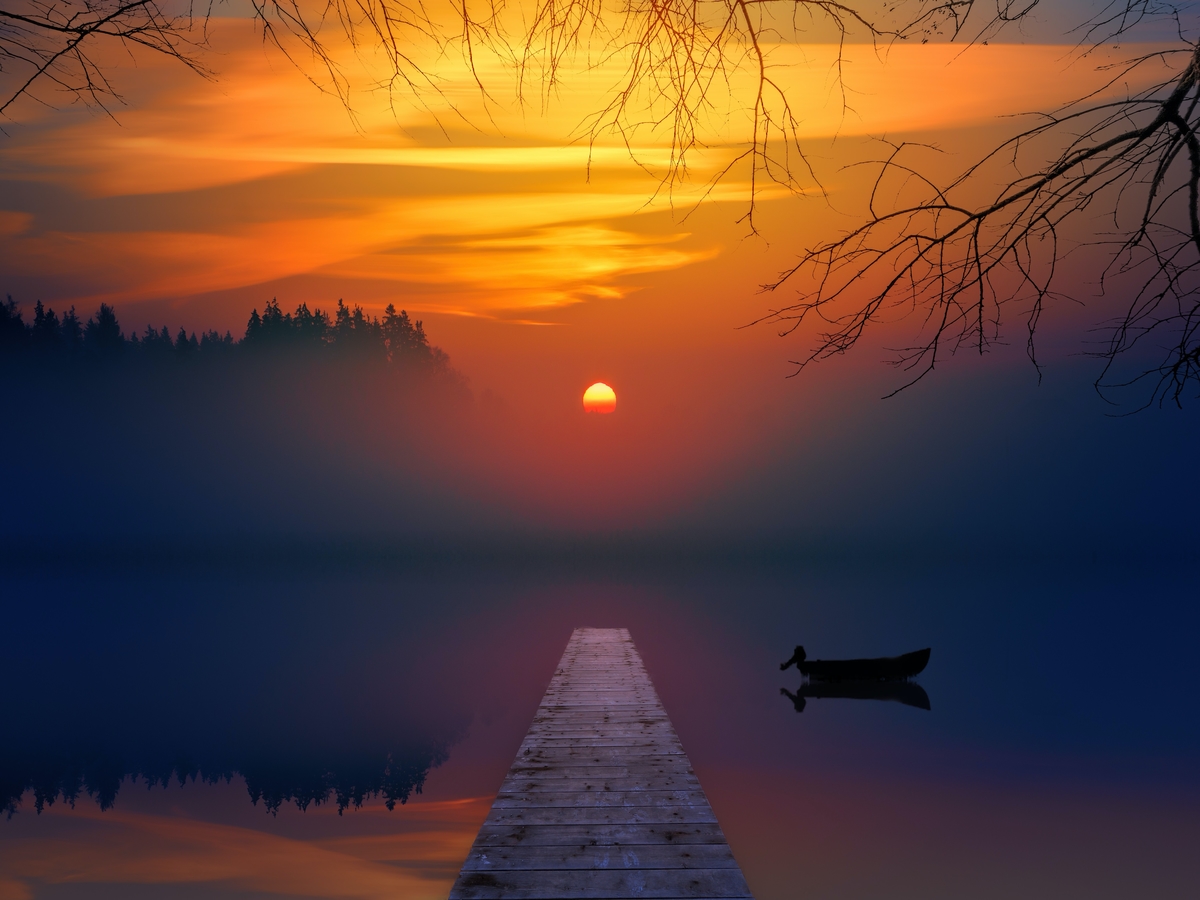 Market participants had been desperately waiting for Bitcoin’s price to cross $60k on the charts. After recording signs of an uptrend in the first half of October, the king coin finally delivered on Friday.

After opening at around $57k, BTC was seen exchanging hands at around $62k by the end of the day.

In effect, when BTC was hiking on the charts, Bitcoin’s Options volume sharply rose. Over the past three months, the average volume has been under $1 billion too.

However, it managed to cross the $3 billion-mark with ease yesterday, hitting a new 3-month high. 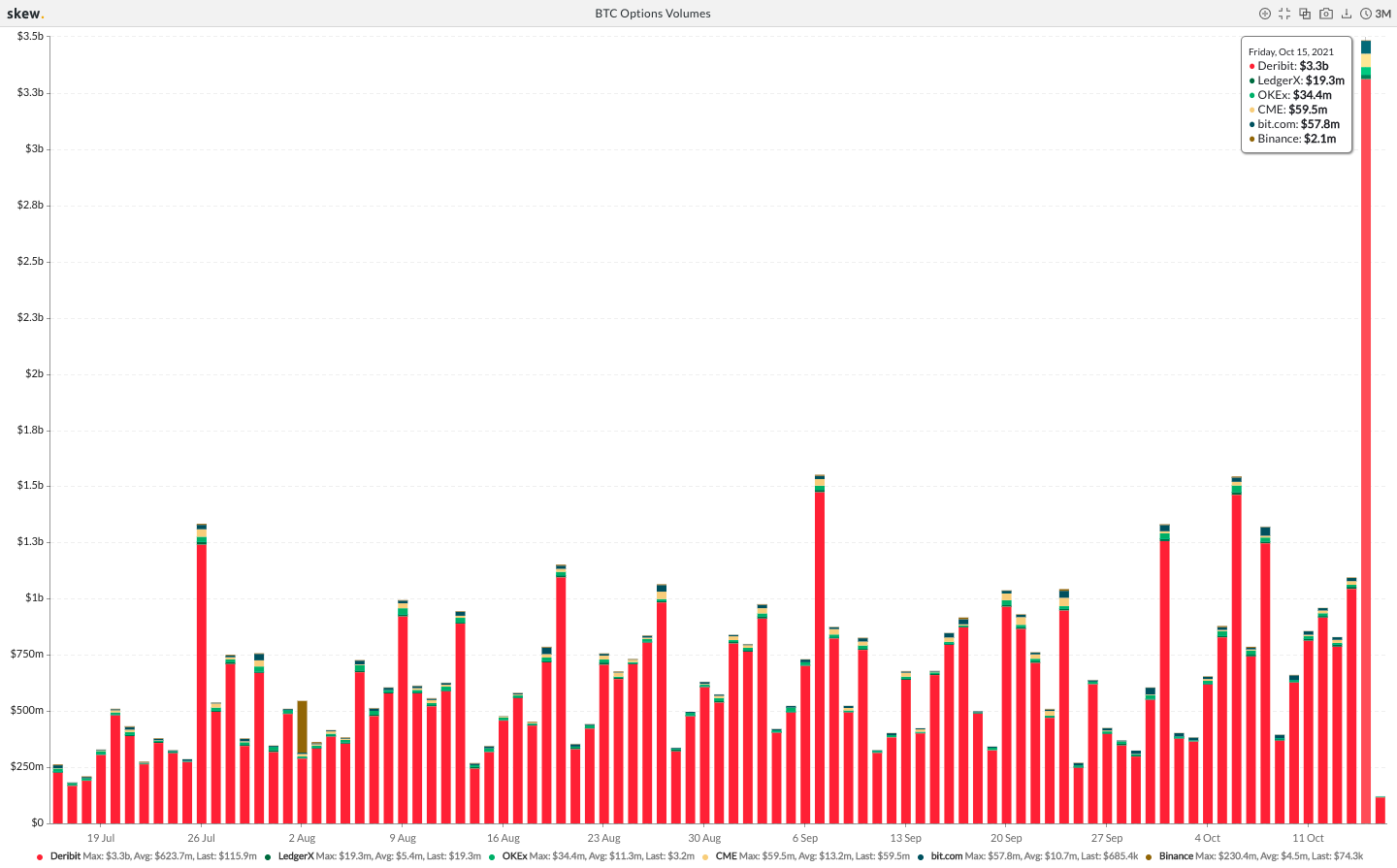 How decisive is the uptrend?

Yesterday, the 1-week ATM IV witnessed a massive spike and the effect was evidently visible on the price charts. A few hours later, however, it dramatically fell, underlining the unstable IV trend.

In and around the current price range, curiously, more put contracts have been bought than calls of late. At the time of writing, the current day volumes highlighted that there were around 321 DBT put contracts with expiries in October when compared to just 52 call contracts. Notably, the latter set expires only in December.

Thus, it can be seen that traders who have recently bought their Options contracts aren’t really expecting an upside in the near term. 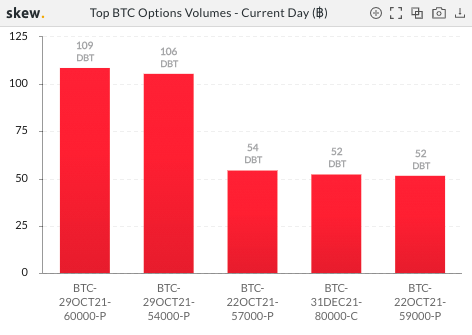 However, the bigger picture encapsulating the cumulative volume represents the actual sentiment of market participants. From the strike price beyond $60k, the number of puts on the charts is nowhere close to the number of calls.

In fact, over 31.3k Bitcoins are set to expire in three batches this week – 4.4k on 16 October [today], 1.4k on 17 October, and 25.5k on 22 October. In all three cases, the number of call contracts is higher than that of put contracts, suggesting that a majority of traders are bullish.

Thus, at the time of the expiry, if Bitcoin’s price is anywhere around the current range, one can expect a buying spree to set in because it would trigger call owners to exercise their option of buying Bitcoins.

However, a failure to do so will make the environment favorable for put owners to exercise their selling option. And, in effect, bearish sentiments will creep back into the market. 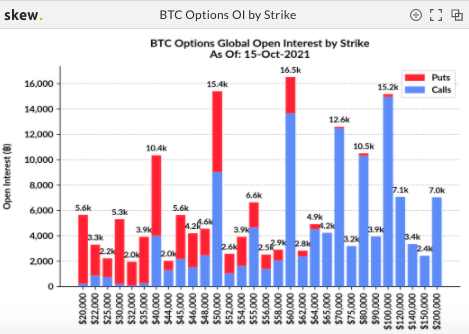