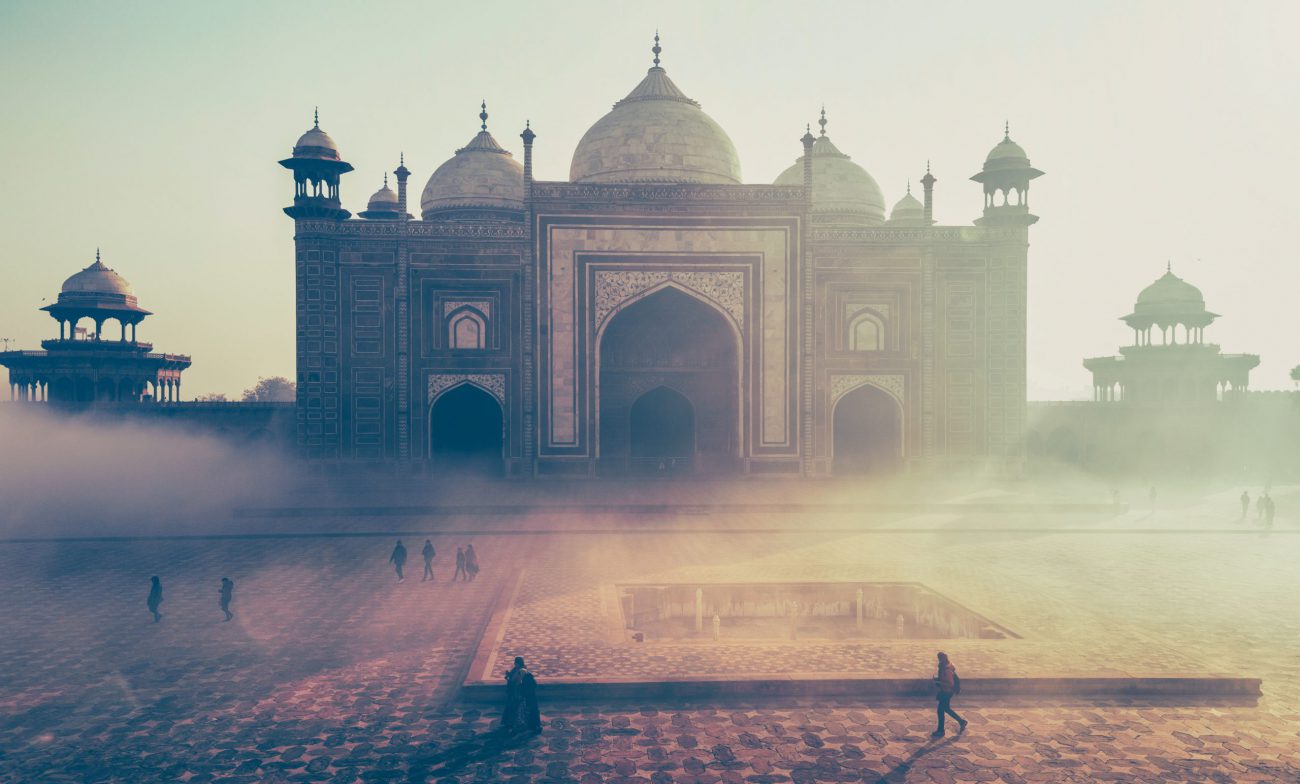 While Bitcoin’s price has more than doubled from its previous all-time high of $19,666 for the first time in almost 3 years, not a lot seems to have changed for India. For a country with 1.35 billion in population and a GDP of $2.7 trillion, getting on board with cryptocurrency aka digital/virtual currency seems to be a problem. More than a problem, the regulators seem to not care about it – a technology so innovative and radical that there is a cold war among countries to develop a blockchain-based central bank digital fiat currency [CBDC].

Although the efforts of many enthusiasts have helped remove the blanket ban by the Central Bank of India [RBI], India hasn’t progressed much since then. India is at the starting line when it comes to understanding digital currencies while other countries have already regulated the asset class and have started experimenting.

Speaking with AMBCrypto on the matter, Crebaco Global’s CEO and Founder Sidharth Sogani said that it will be “history repeating itself.”

“India has the capability to create the biggest crypto unicorns but due to lack of regulations, that talent is going out of our country.”

To understand the capabilities of the Indian mind, let’s take the example of the Internet. Even though the Internet as a technology was unheard of by the Indian public until the 1990s, the development of the Internet seems to have grown quite well. However, major companies like Google, Amazon, Facebook, emerged in the U.S, while it didn’t in India, at least until recently.

The Indian banking system is much more robust when compared to the U.S, which has had the Internet for quite longer. Despite not having the first-mover advantage, India leaped ahead for a brief moment. So, one can only imagine the innovation that can emerge from the 2nd most populated country in the world (A country which has 65% of its population under the age of 35), if its public is given unfettered access to these emerging technologies – cryptocurrency and blockchain.

With the RBI putting up roadblocks and the concerned bodies staying quiet, it seems like everything is being done to prevent crypto.

According to Ramani Ramchandran, the Co-founder of Qume, “Fear and ignorance are the primary drivers,” when asked why crypto-assets haven’t been regulated in India.

Perhaps, “if there is a ban, then there is no need to regulate it,” very vaguely sums up the crypto-related thoughts from the country’s authorities.

In fact, according to a survey conducted by crypto-exchange CoinDCX in November 2020, the biggest challenge that Indian crypto enthusiasts/investors faced was in terms of on-ramps. Despite spending 3 years in a bear market, the problem of on-ramps to crypto in India is largely so because of the blanket ban by the RBI that deterred crypto-related development in the country.

In fact, 81% of the participants who were already invested in SIPs and other forms of investment said that there wasn’t an easy easy way to buy crypto. What’s more interesting is that 23% hesitated due to the lack of legal and regulatory clarity.

India’s crypto-volume contribution is less than or almost equal to 1%, despite being the second-most populated country in the world. This shows how much the growth in this ecosystem is shunted due to a lack of regulatory clarity.

Perhaps, to come to a conclusion on why this has taken such a long time, we should understand what has happened.

The Road So Far 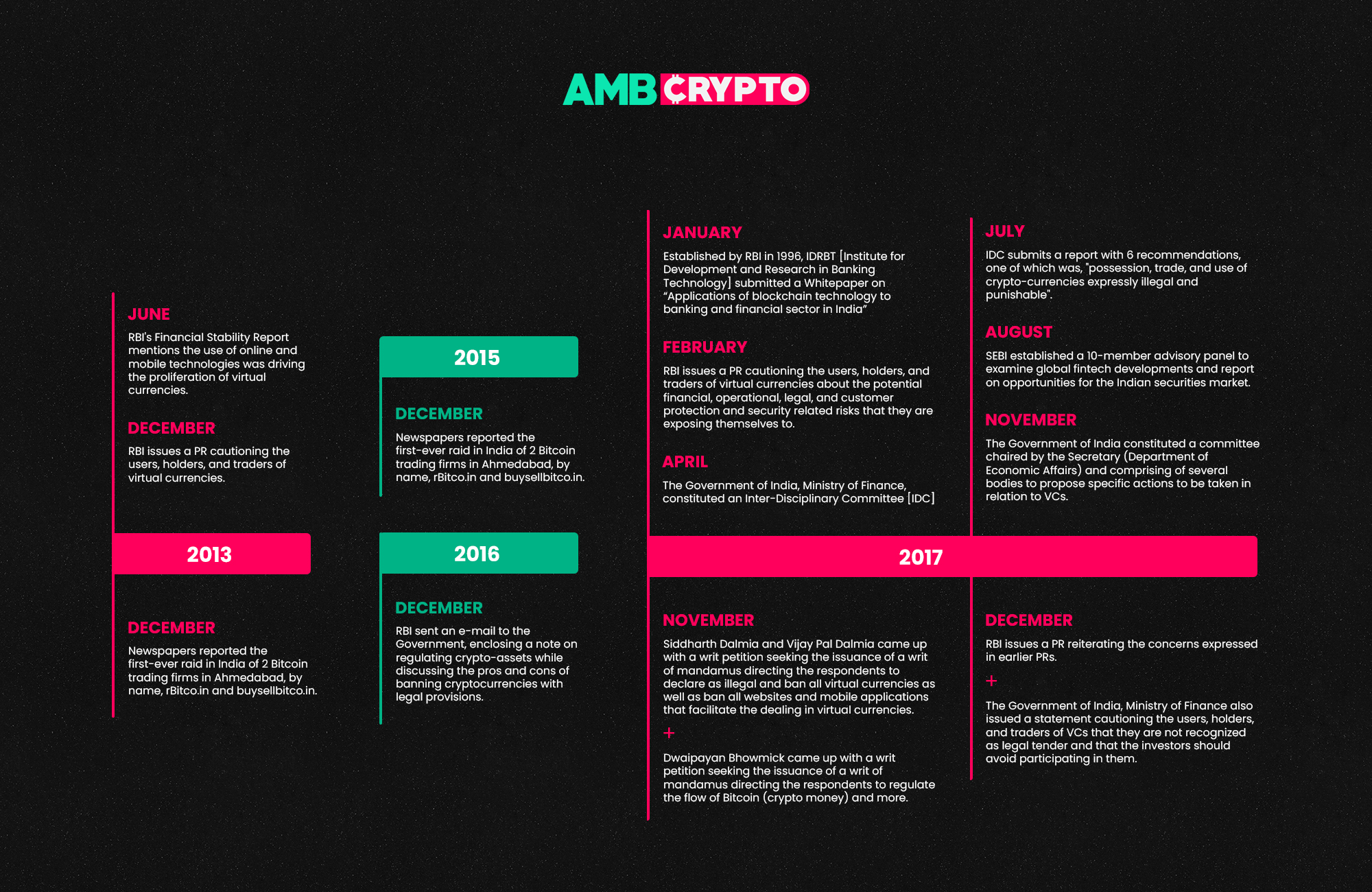 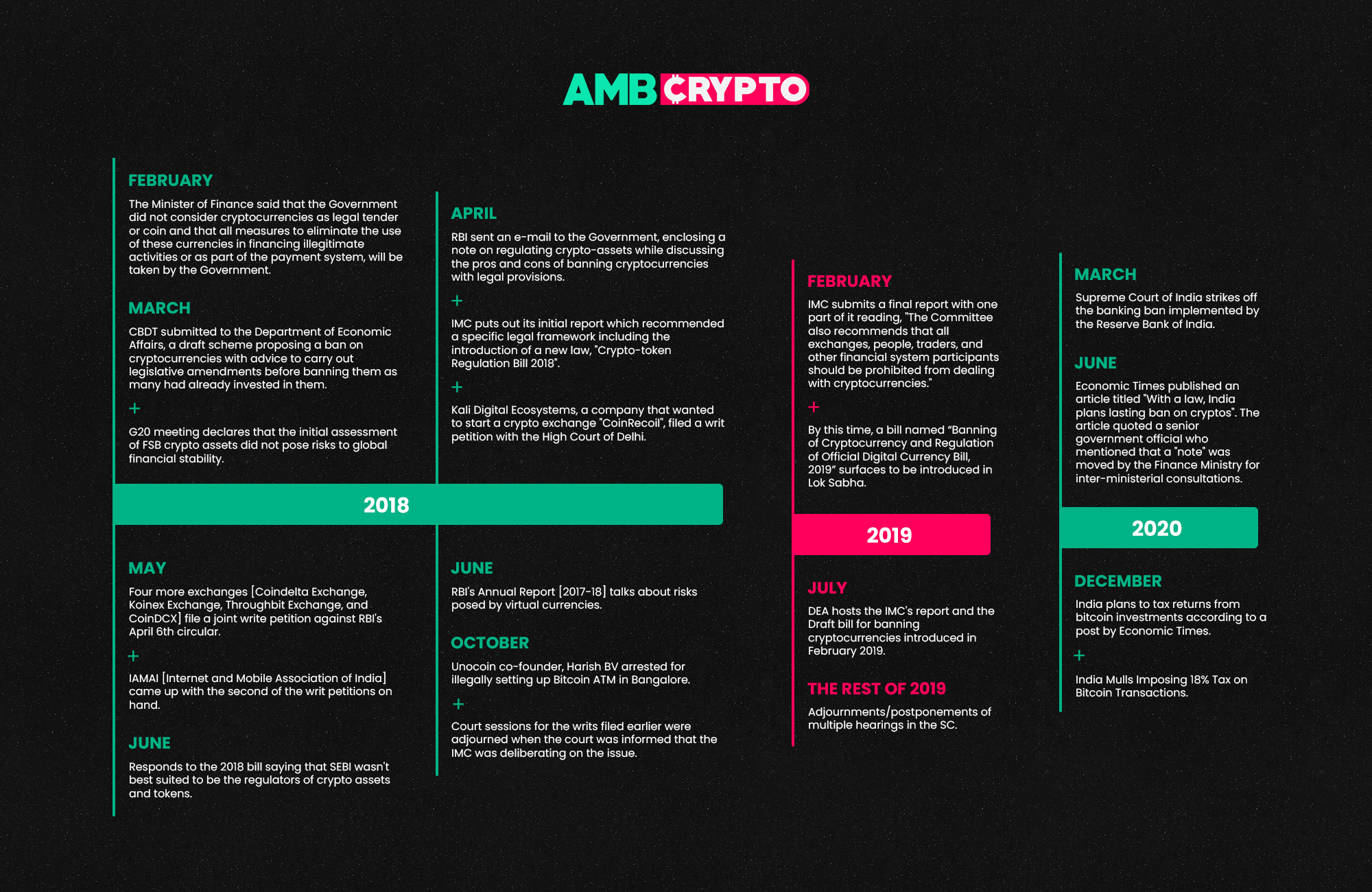 Indian crypto-community in limbo yet again

Speaking about the draft bill, Sidharth Sogani commented that it was created by “morons” because the bill talks about “something that is not possible.”

Sogani went on to add that none of the G20 nations have criminalized crypto the way India has in its draft bill, which was a “shame.”

“Indian government department doesn’t have enough talent and knowledge sources to come to a conclusion. They use news and social media to get information. This was clear when we saw the draconian draft bill. “

Despite the limbo the government has left Indian crypto-enthusiasts in, however, Sogani believes that “we will see positive regulations.”

It is important to understand Subhash Chandra Garg, the ex-Finance Secretary of India, who played a pivotal role in the cryptocurrency draft bill of 2019. It was Garg’s committee that prepared the draft bill that criminalized cryptocurrencies with a 10-year jail sentence.

Garg understands the importance and need of DLT and to a certain degree, the importance of crypto. His quarrel and why he believes the draft bill wasn’t overreaching was with the term “currency.” He prefers to call them “crypto-assets” and not “crypto-currencies.” Using cryptocurrencies as a form of payment, according to Garg, is similar to “counterfeiting” the legal tender of India, which is punishable under the anti-terrorism act.

In a crypto-discussion panel organized by Crebaco, Khaitan Co., and BlockOn Capital, Garg stated that cryptocurrencies based on DLT [distributed ledger technology] aren’t the only way to go about a digital currency. He also agreed that a CBDC is just one way to have a digital currency while there were plenty of other methods to arrive at a digital currency for the Indian Rupee.

He went on to add that calling them “crypto-assets” would be better, especially considering how Bitcoin and others derive their value from what investors perceive it to be, just like gold, silver, or diamond.

“I think this is where the Supreme Court’s judgment also comes in… In that way, the crypto-asset is a commodity and not a currency. As a commodity, it should be and can be regulated like any other commodity.”

Summarizing his thoughts, Garg added that he stands by the draft bill submitted by the IMC which prescribes a 10-year jail sentence and a hefty fine of Rs. 25 crores to anybody dealing with cryptocurrencies.

Understandably, the problem with the government authorities is with the name and more precisely with the word “currency” that comes attached with crypto. This, in the minds of the authorities, challenges the sovereign currency of the country – The Indian Rupee.

Although Garg has recently left his position as the Finance Secretary of India, he did note his interest in the policy space and wants to set up an economic and financial policy think-tank.

Woes from the government’s PoV

The sooner the government defines Bitcoin and other specific crypto-assets as commodities or as an asset class, the sooner India will have regulations and hence, an inflow of investors into crypto – retail and otherwise.

So, as an enthusiast, I think there needs to be proper lobbying with the authorities by identifying pain points from the government’s perspective. In this regard, there is a comprehensive report that is being submitted by Crebaco and Khaitan Co. in an effort to alleviate the concerns from the authorities’ minds and to speed up the regulatory process.

Grayscale now owns 3% of all Bitcoin in circulation