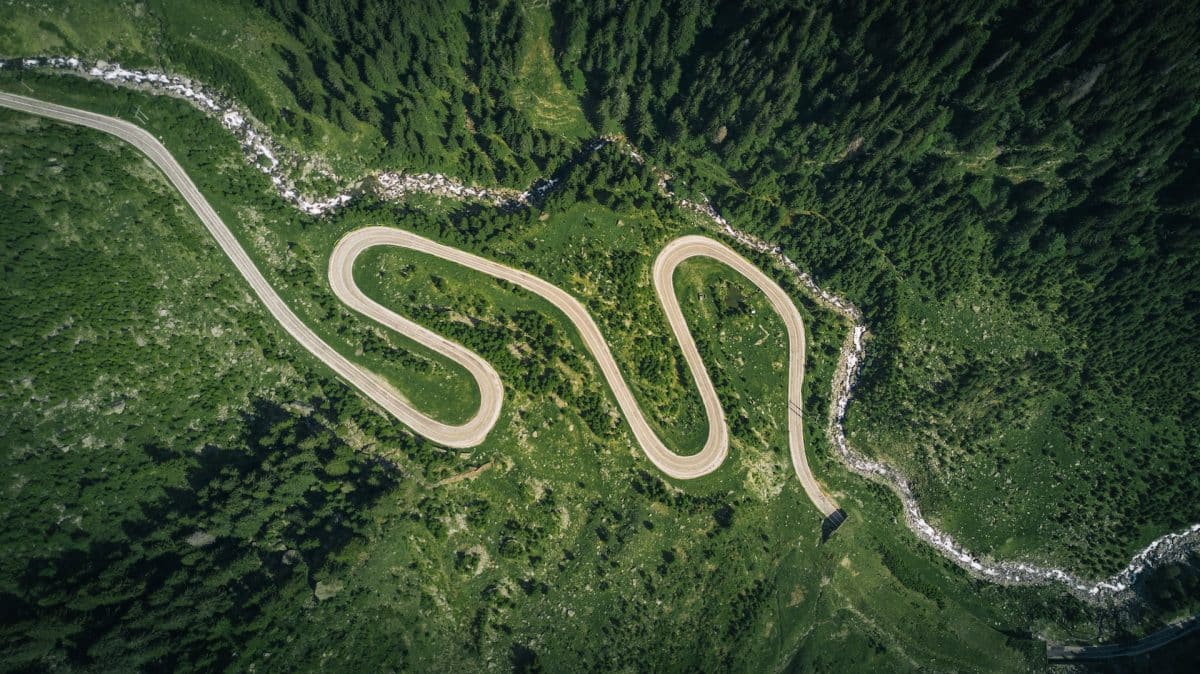 As per a new Bank for International Settlements (BIS) report, cryptocurrency investors are driven by the rising prices of tokens rather than a distrust of banks.

The study reveals that a rise in Bitcoin’s (BTC) price is associated with a significant increase in new users, i.e. entry of new investors; most retail investors downloaded cryptocurrency applications when prices were high.

Reportedly, about 40% of these new users are men under 35, commonly identified as the most “risk-seeking” segment of the population. 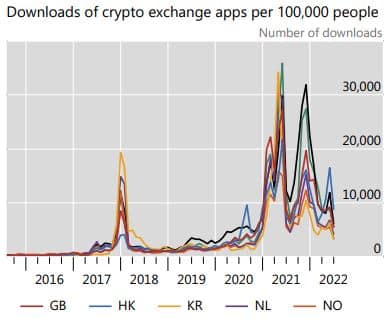 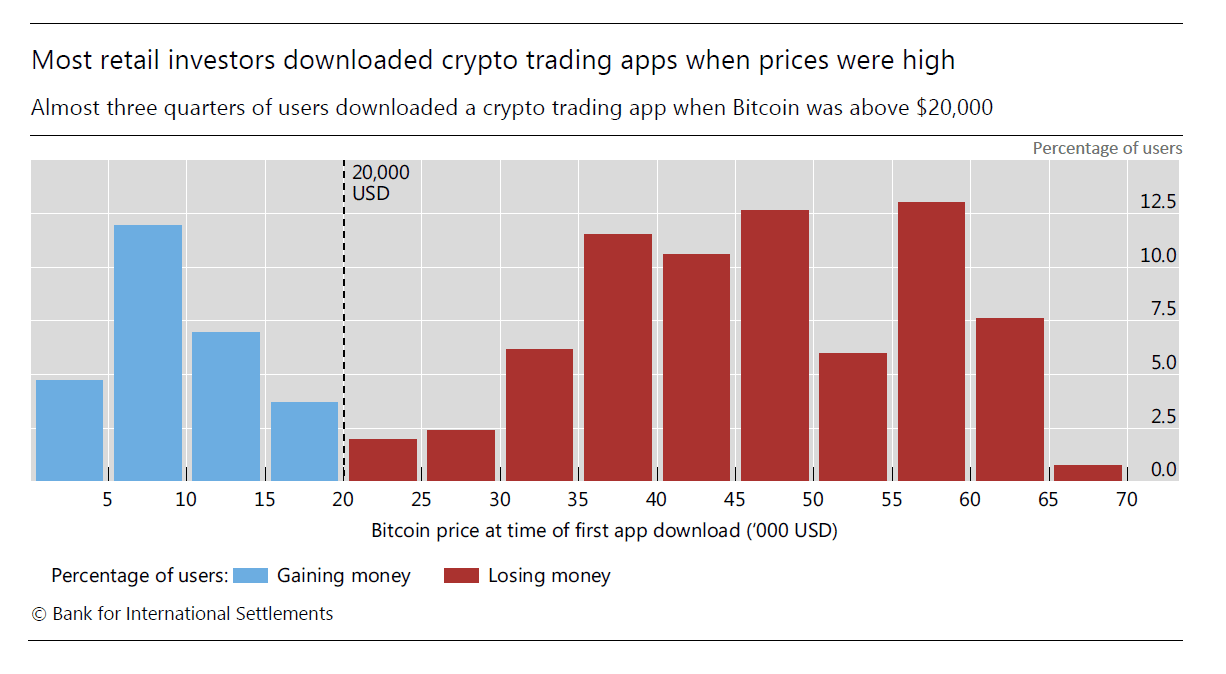 The report further stated, “Users [are] being drawn to Bitcoin by rising prices— rather than a dislike for traditional banks, the search for a store of value or distrust in public institutions.”

According to the BIS, as BTC prices rose, smaller users bought and whales sold, resulting in a profit at the expense of the smaller users.

The demographic distribution of crypto app adoption was also uncovered in the report.

Between August 2015 and June 2022, Turkey, Singapore, the United States, and the United Kingdom had the highest total downloads per 100,000 people respectively. 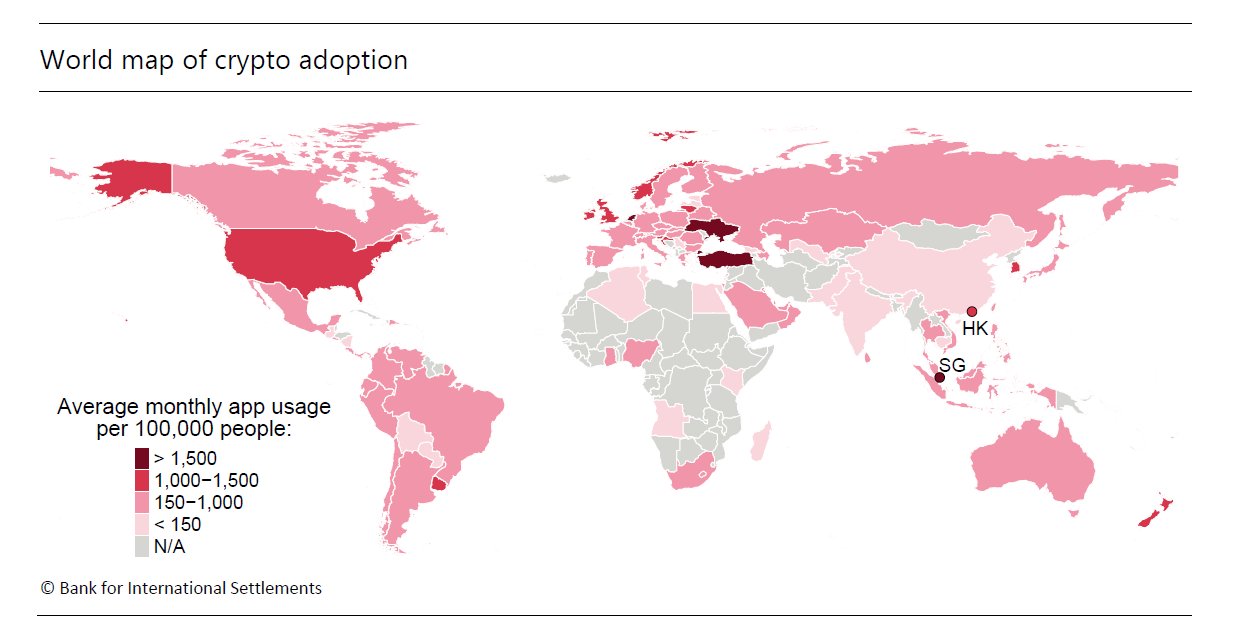 Both India and China had the lowest adoption rates, with the latter witnessing barely 1,000 cryptocurrency application downloads per 100,000 people. According to the BIS, increased legal restrictions on crypto are stifling retail adoption in those countries.

Related Topics:BIScrypto adoption
Up Next