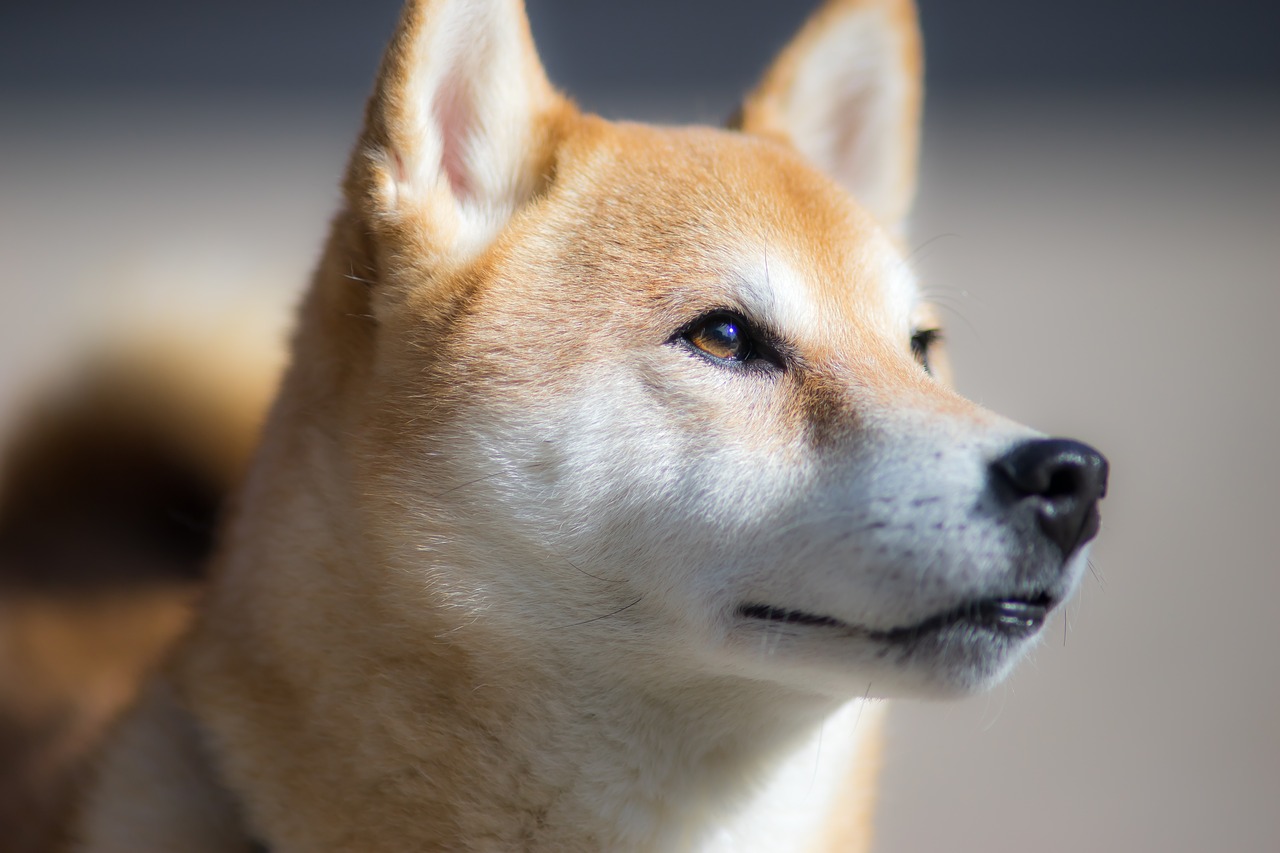 BCH’s downtrend was clearer on the hourly charts as the price formed lower highs. DOGE moved within a fixed channel and was likely to remain above $0.0054 over the coming sessions. Monero could be in for more losses as the on-chain metrics supported an extended bearish outcome. 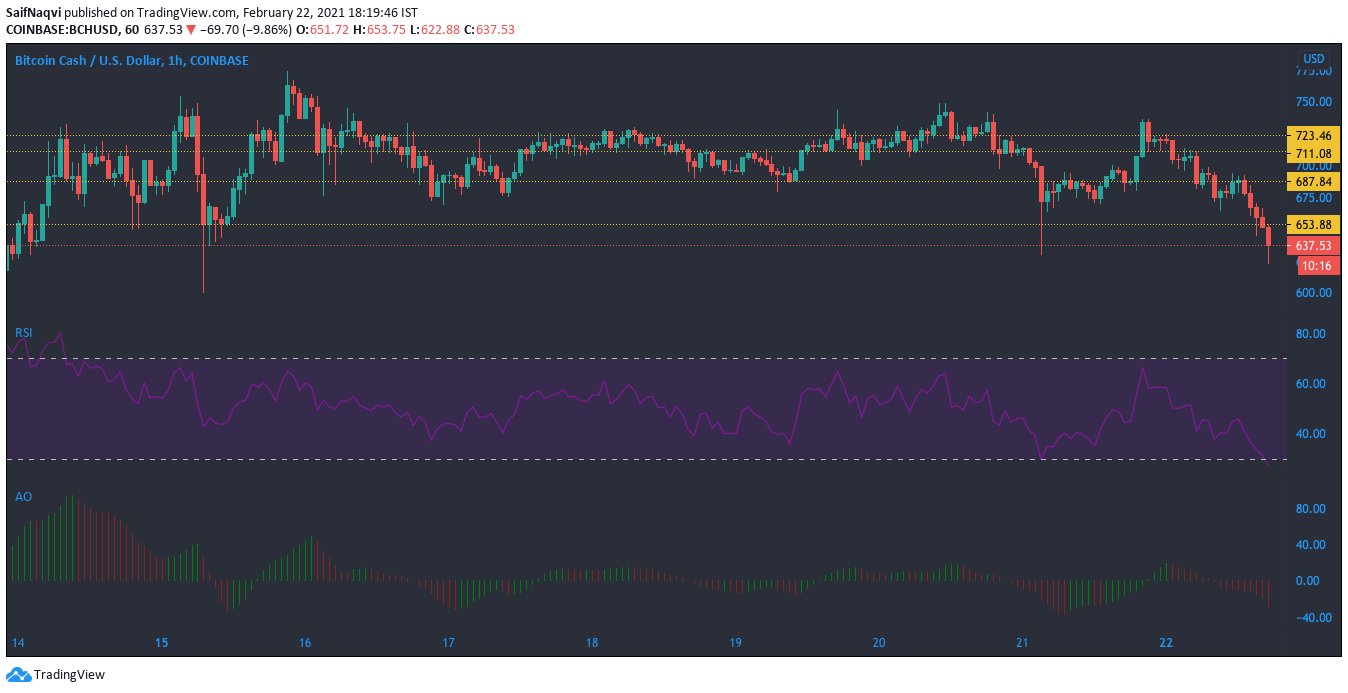 On the daily time frame, Bitcoin Cash seemed to be consolidating as the price move rangebound after snapping a local high at over $720. However, a downtrend emerged on the hourly timeframe as the price formed lower highs and lower lows over the last few sessions.

The RSI touched the oversold zone, while the Awesome Oscillator’s red bars rose below the half-line. The current price level could also present some buying opportunities for traders. A bullish outcome could see BCH move closer to the $687 resistance. 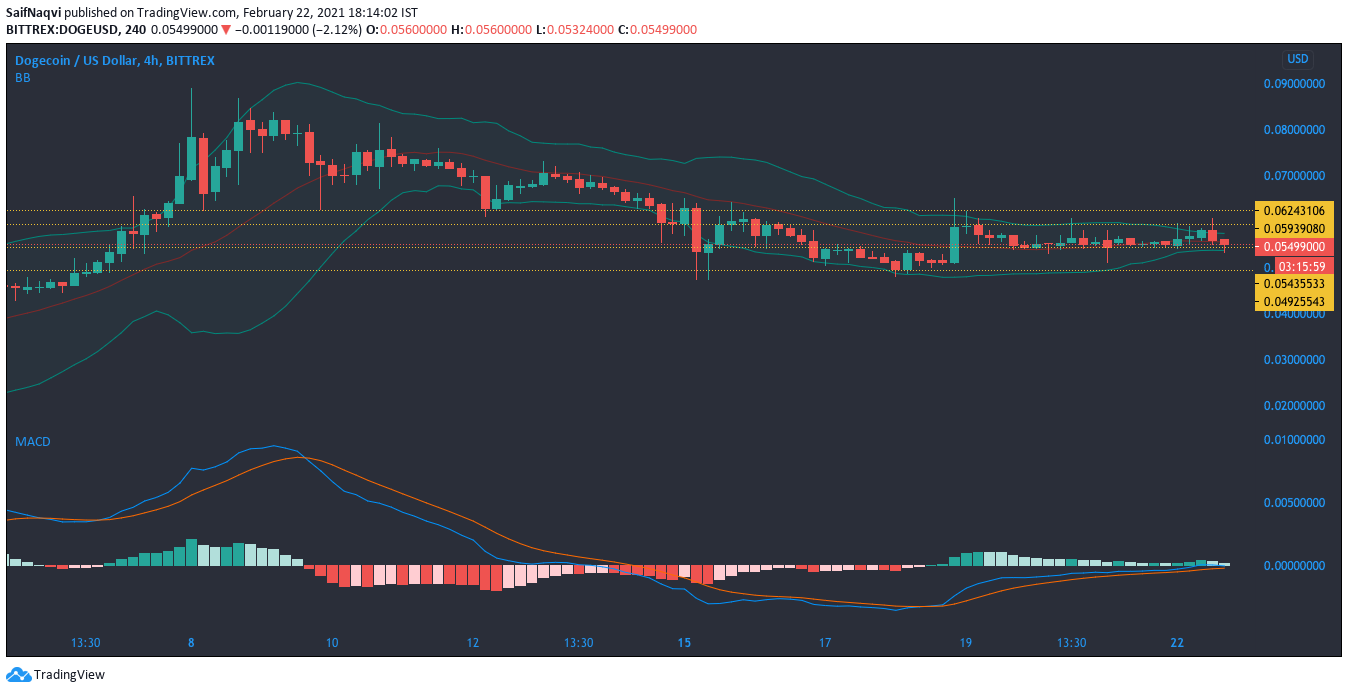 While weekly losses of nearly 2% seemed forgivable for Dogecoin, it painted a somewhat somber picture when compared to its monthly returns of over 500%. Moreover, the 4-hour chart showed that the Doge-hype was on a decline as the price moved below multiple support lines since its ATH.

The Bollinger Bands remained constricted and showed low volatility as the cryptocurrency stabilized at lower levels. Despite the recent bearishness, DOGE seems to have discovered new support levels thanks to the recent bullish trend. Since the MACD was bullish-neutral, expect the ‘meme coin’ to hold above its current support until a strong uptrend emerges. 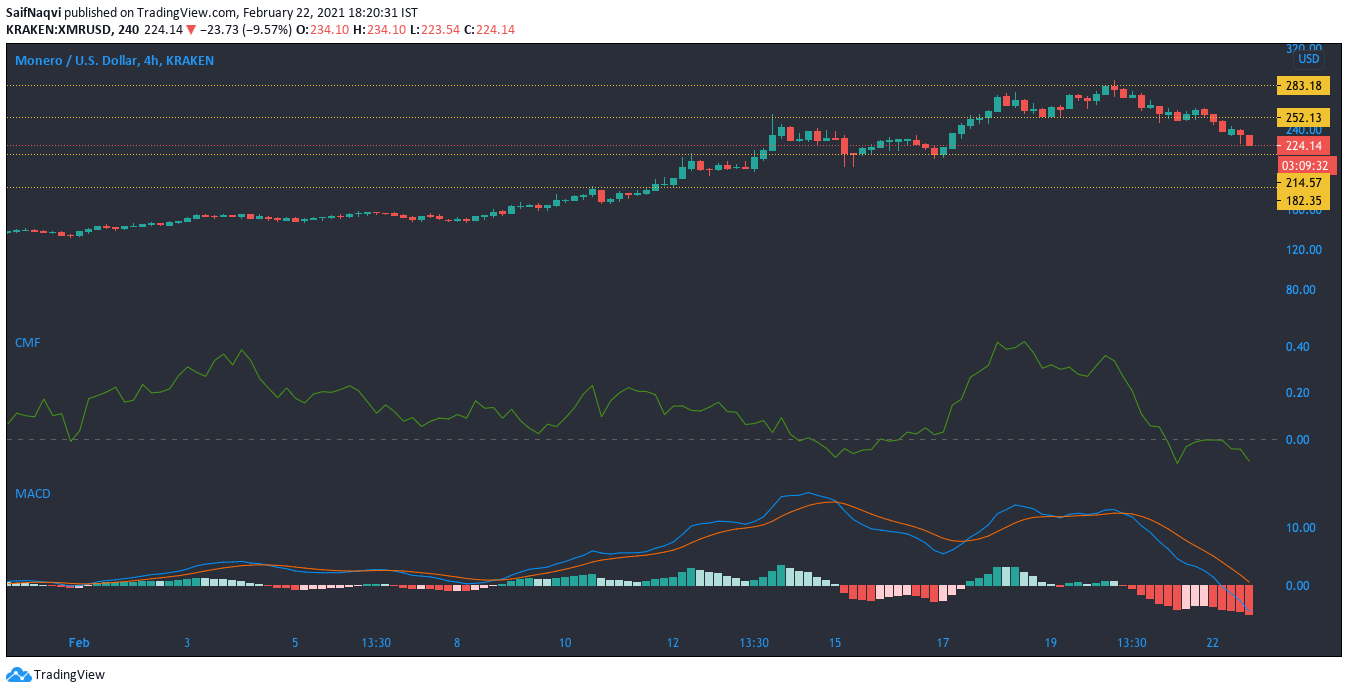 On the 4-hour timeframe, Monero lost out on the $252 support level after a correction of over 20% dragged the price lower from its local high of above $280. Moreover, the losses could likely extend over the next few sessions as the indicators sided with the selling side.

The MACD line moved well below the signal line, while the histogram noted an increase in bearish momentum. The CMF also slipped under the half-line as capital drifted away from the crypto asset. Further losses could see XMR test the next line of defense at $214.6.

BitMEX: Does the exchange still retain its spark?