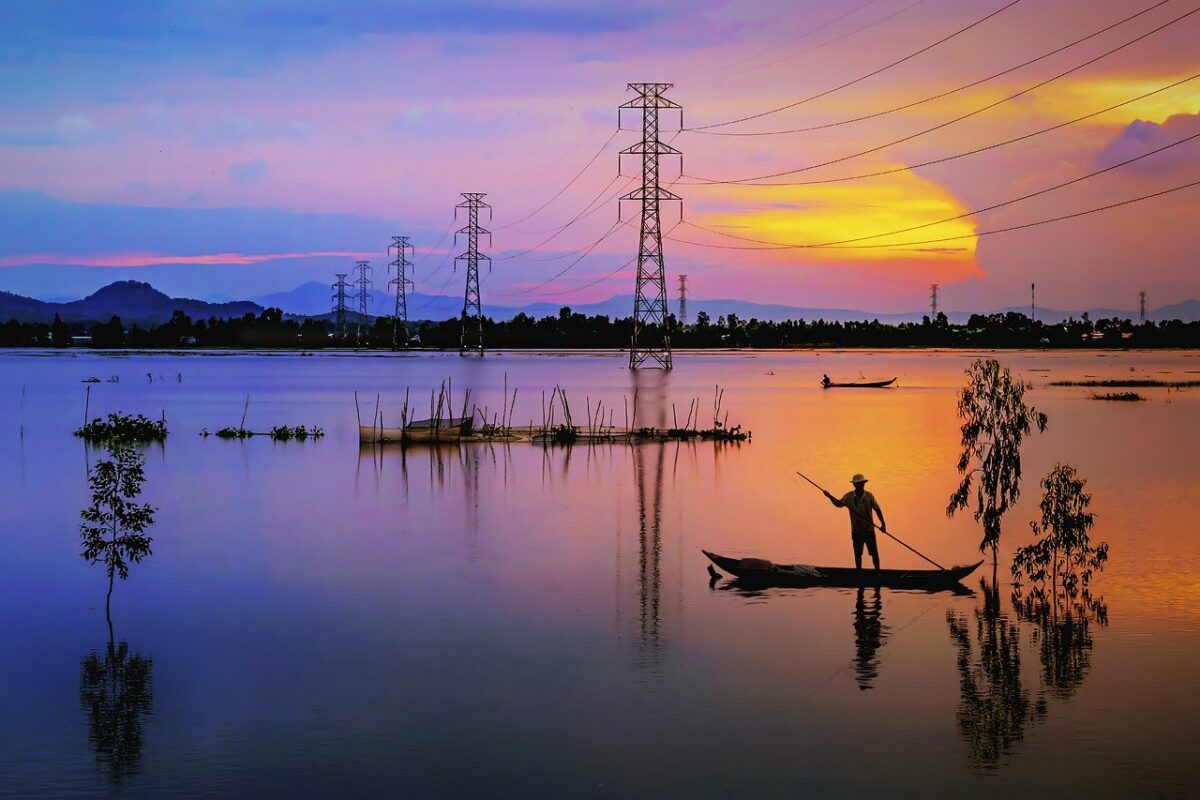 Bitcoin Cash had held firm above the $270 mark in the past few days. It did trade beneath this level for a few hours but saw demand arrive that pushed the prices up to $293, where it was trading at press time. Some short-term levels of resistance and retracement were marked on its charts. A bullish reaction from Bitcoin over the next few days could see Bitcoin Cash gain some value too. However, the longer-term trend and market structure remained bearish. It appeared likely that a bounce could be seen for Bitcoin Cash, followed by another drop, unless Bitcoin can recover and climb above $43k. 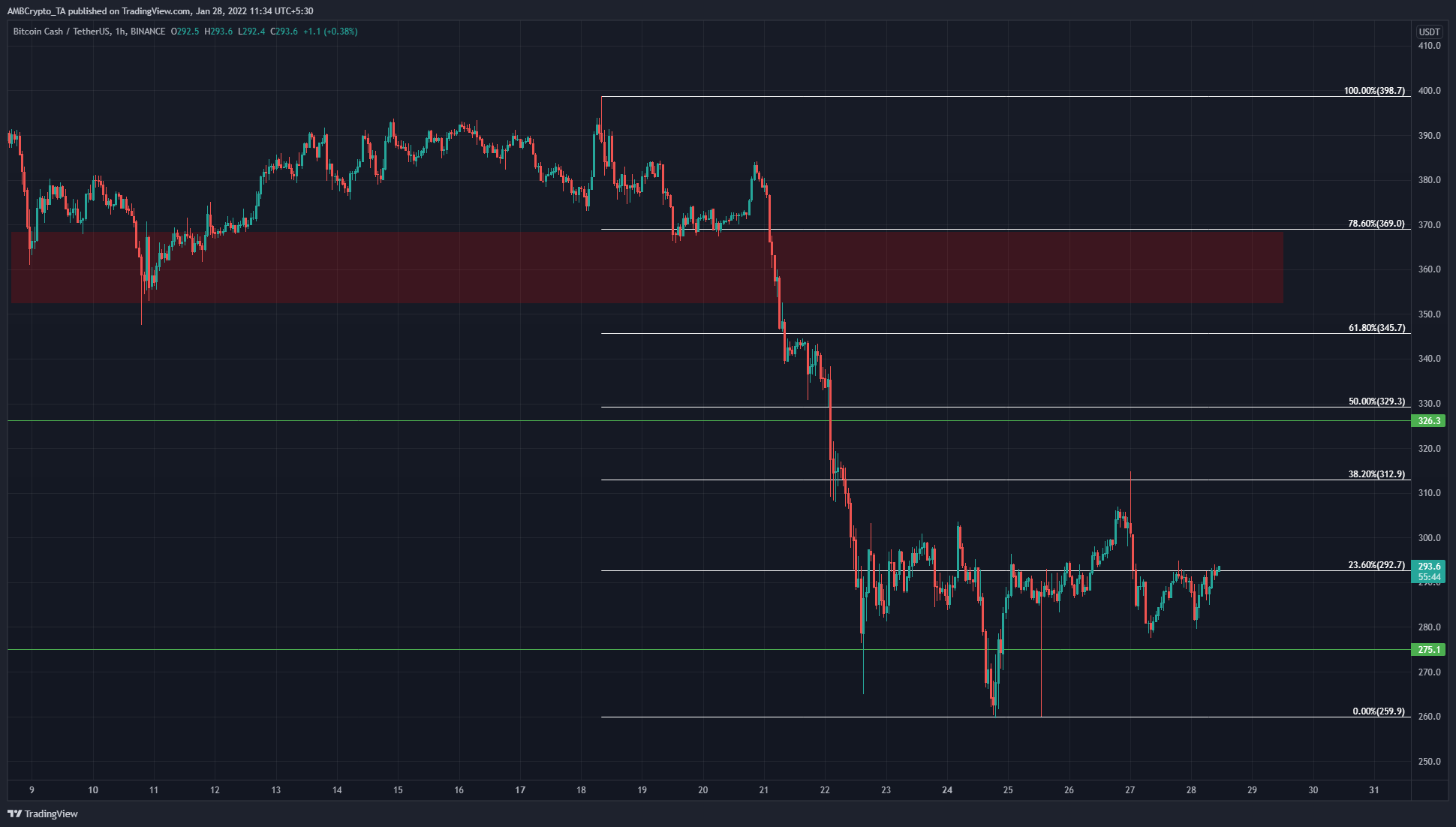 On the hourly chart, we can see that the $326 support level and the $300 psychological level were broken on a single attempt during last week’s sell-off. Since then, some demand has arrived for BCH. This was at a time when BTC also saw some buyers drive the price from $33k to $38k.

Generally, a move past this retracement level can see the price climb to the 50% level and even as high as the 78.6% level, before following the direction of the previous longer-term trend.

The $360 area (red box) was also one that has been an area of demand in the past three weeks. Price is drawn to liquidity, and this liquidity could be found anywhere between the $340-$360 area or even the $369 level. 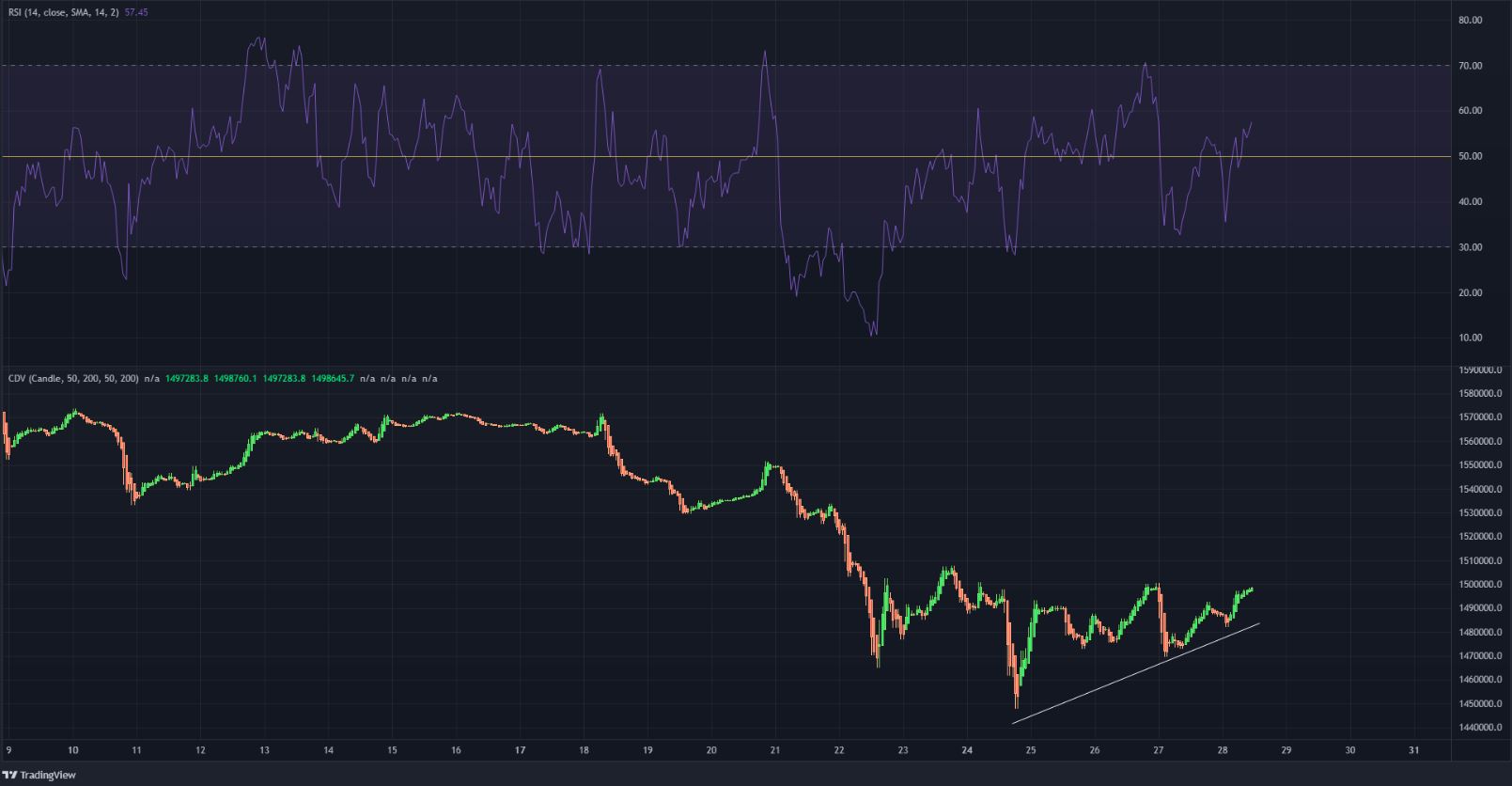 The RSI on the 1-hour chart reached as low as 33.6 before bouncing past the neutral 50 mark in recent hours. This showed that some bullish momentum was building behind BCH.

The Cumulative Delta Volume indicator also formed higher lows in recent days, which indicated that there was demand behind BCH. A move above $292.7 could soon follow.

In the past couple of months, BCH has been strongly bearish. However, on lower timeframes such as the hourly, there was some indication of demand which could see BCH bounce. This bounce could see the price climb as high as $360, with the Fibonacci retracement levels expected to offer some resistance, especially the 50% level at $329. If such a move does play out, sellers could step in at the 61.8%-78.6% retracement area.