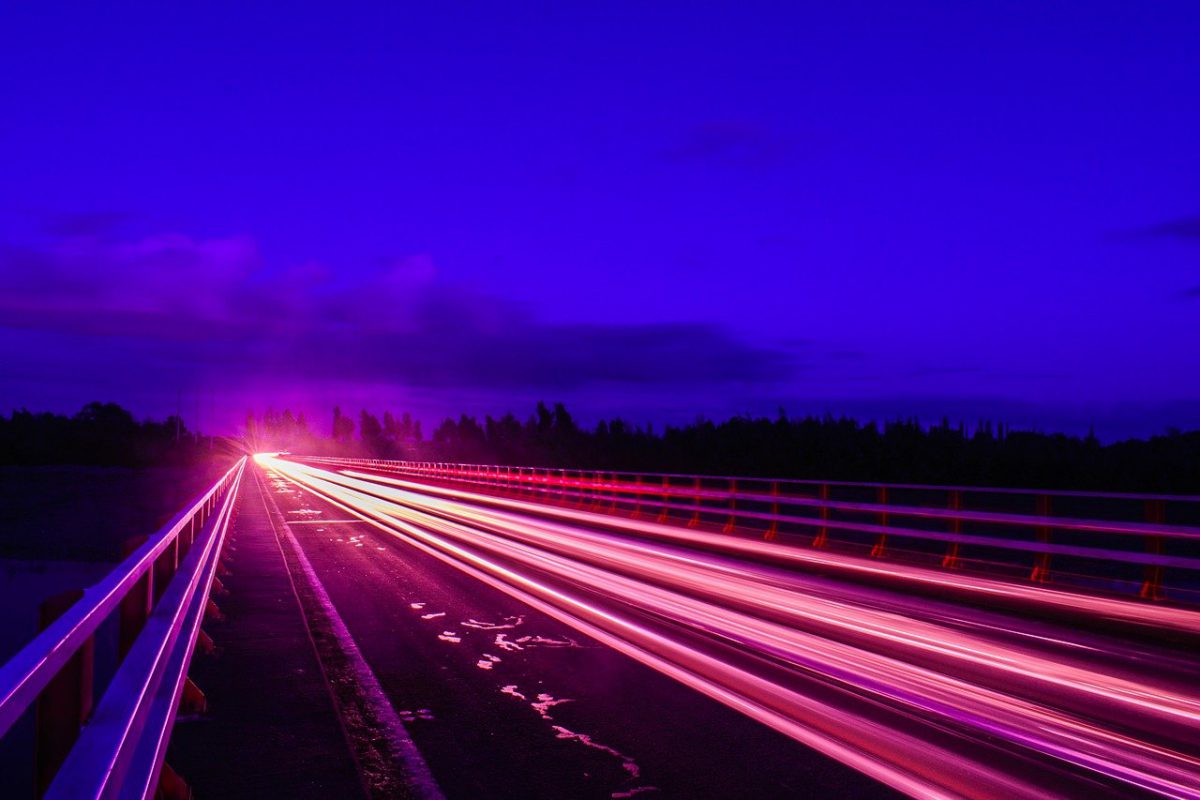 Bitcoin Cash fell by 20% over the past 24 hours but the selling volume was not as great as the buying volume that drove the rally, which is bullish for BCH in the long-term. Tron showed the likelihood of facing stiff resistance at $0.03 and was poised to lose another level of support. Algorand could drop as low as $0.38 due to the bearish pressure, although $0.39 can be expected to stall the bears. 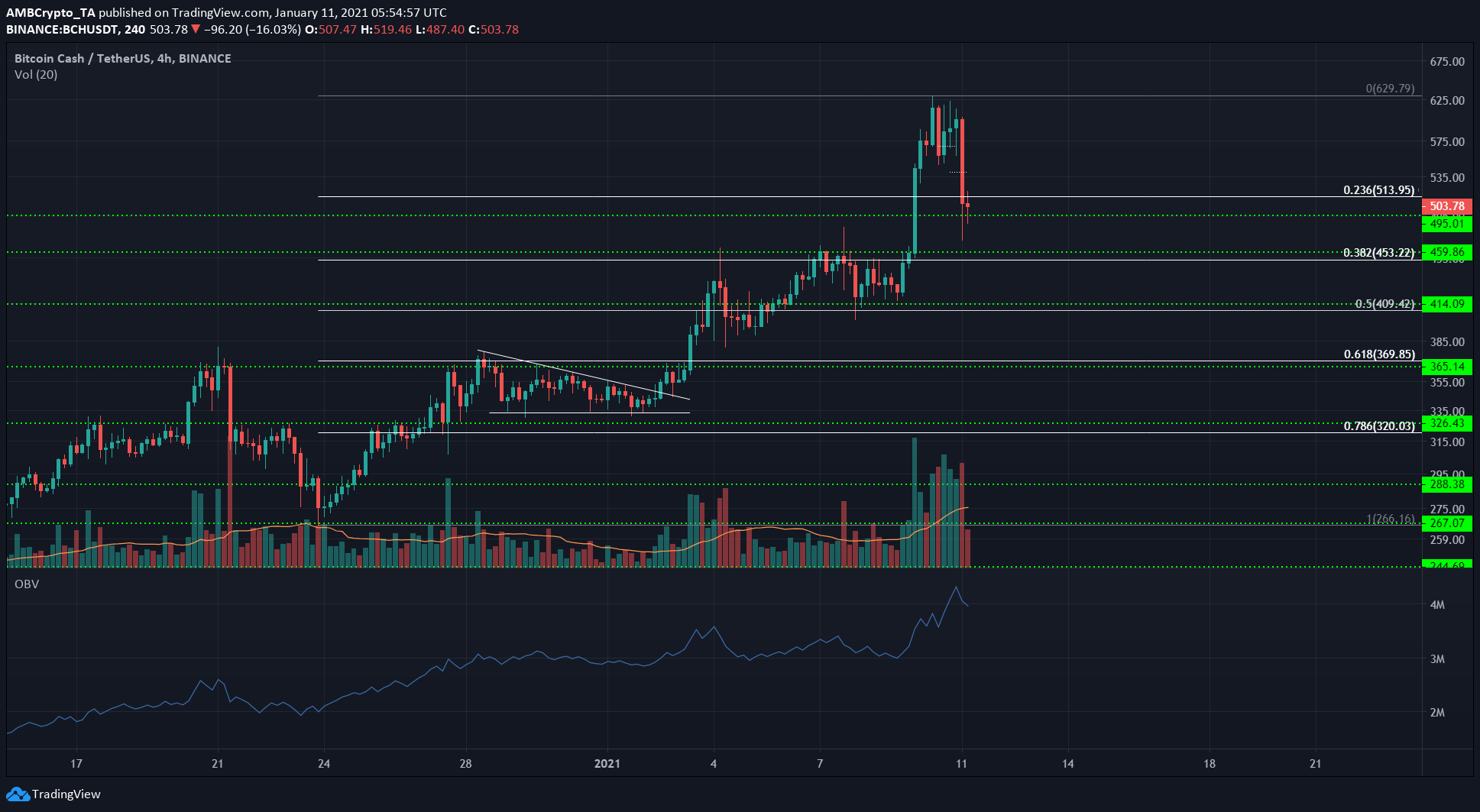 The OBV noted quite a bullish development for BCH – the past few hours of selling saw nowhere near the amount of selling volume on BCH, in comparison to the buying volume over the past two weeks.

The OBV was still in an uptrend and, once the large-cap correction is over, BCH can be expected to move upward once more.

Until such a time, the Fibonacci retracement levels can be expected to serve as support levels. The confluence between the 38.2% level and horizontal support, both in the vicinity of $450, makes this area a strong region of support. 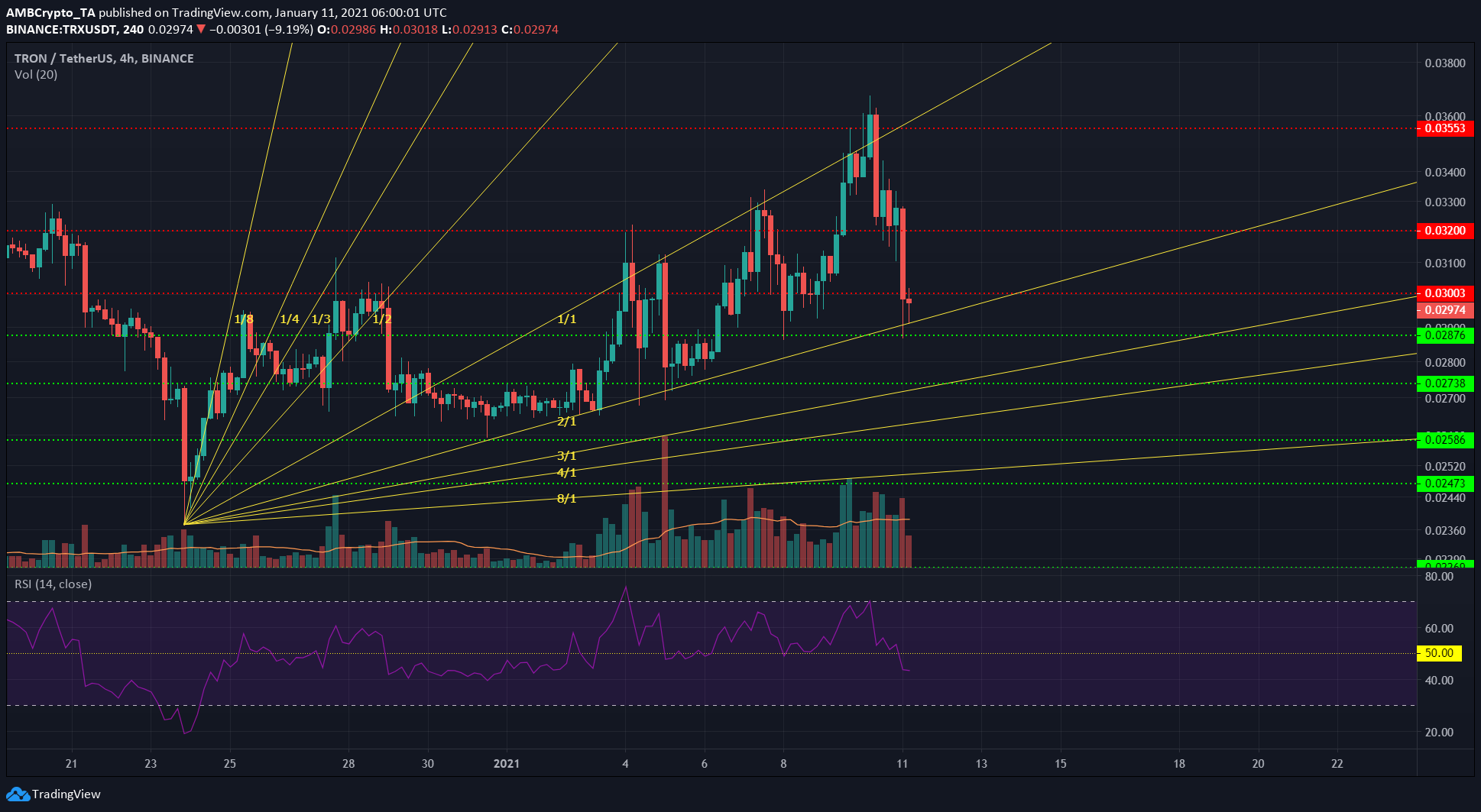 The Gann fan lines from $0.0237 swing low highlighted lines of potential support and resistance for TRX. The 2:1 line, alongside $0.03 and $0.0287 horizontal levels, are important to the price over the next few hours.

The RSI sank below neutral 50 to indicate bearish pressure. This presented a move beneath the 2:1 line for TRX as a likely scenario.

This means that $0.03 would become a strong region of resistance, which could push TRX to test $0.0287 and possibly cede it to the bears. 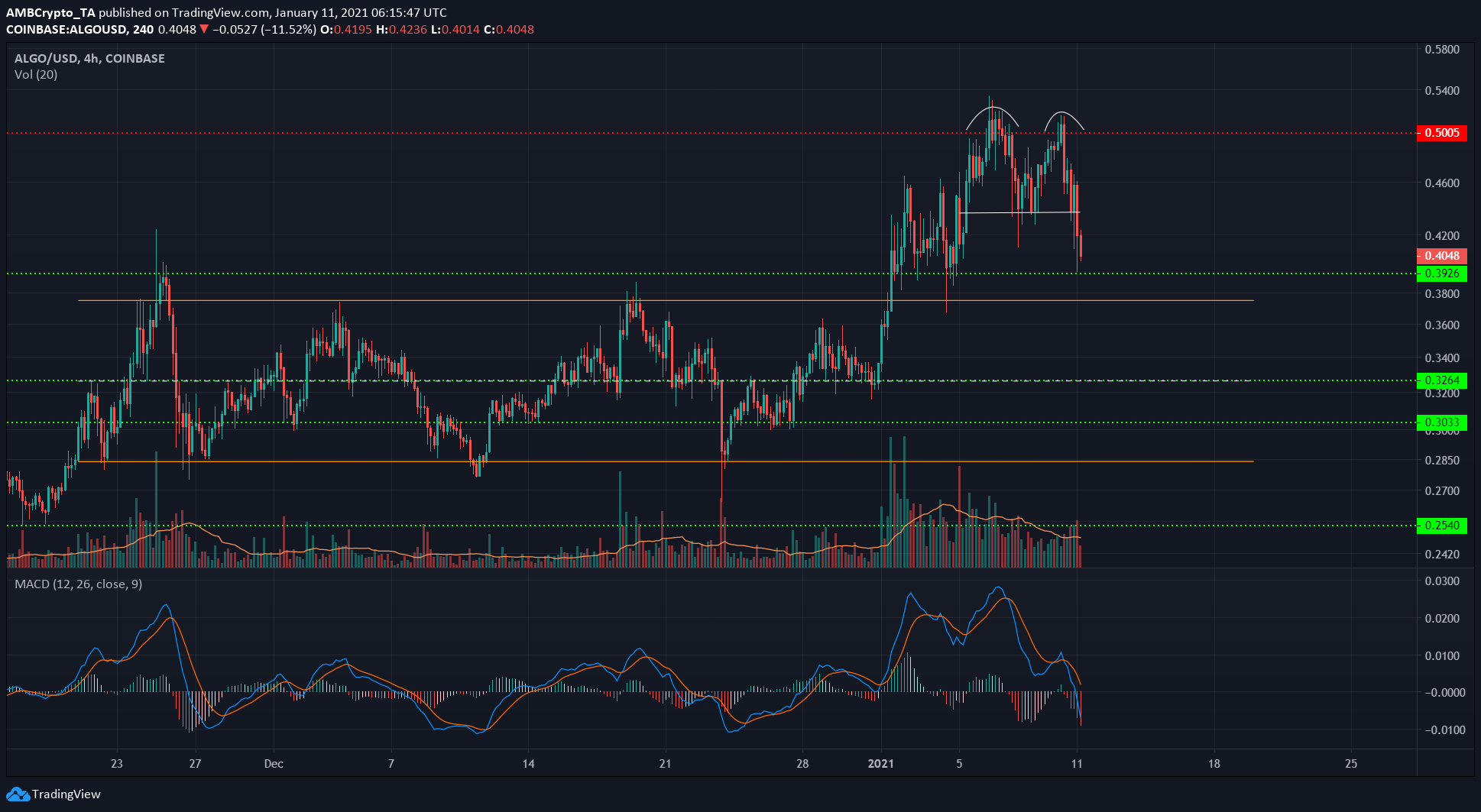 ALGO saw a double top pattern form for ALGO (white) as it was unable to push past resistance at $0.5. The valley of the pattern sat at $0.43, and the price moved with strong momentum beneath this mark.

The pattern projects a target of $0.38 over the next few trading sessions, and it is possible that heightened selling pressure would push ALGO back beneath the $0.375 level it broke out of recently.

The MACD showed strong bearish pressure as it moved beneath the zero line. The $0.39 level can offer some support to ALGO but is likely to be lost to the bears soon. Whether the bulls can mount a recovery quickly remains to be seen.

Related Topics:Bitcoin Cash
Up Next

4 reasons why Bitcoin’s price went down