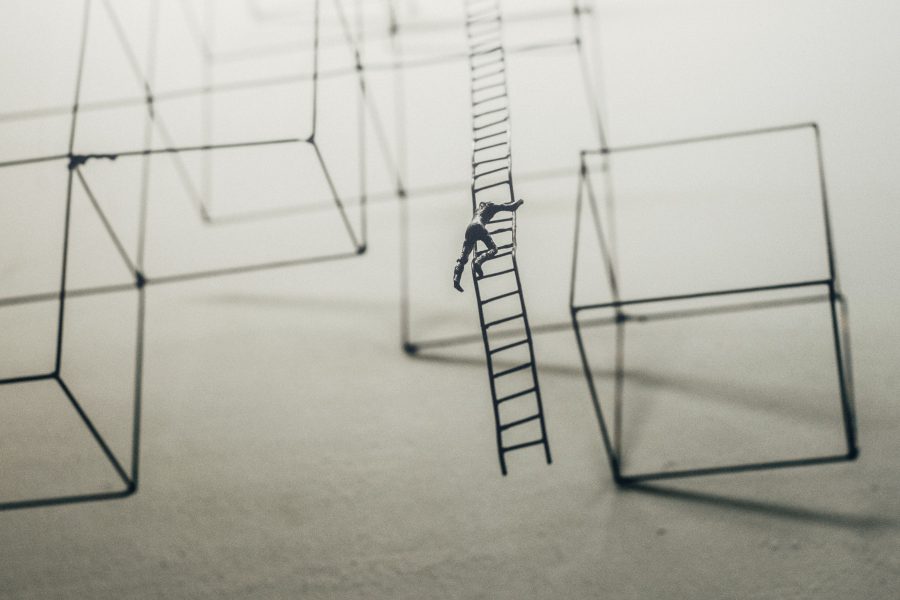 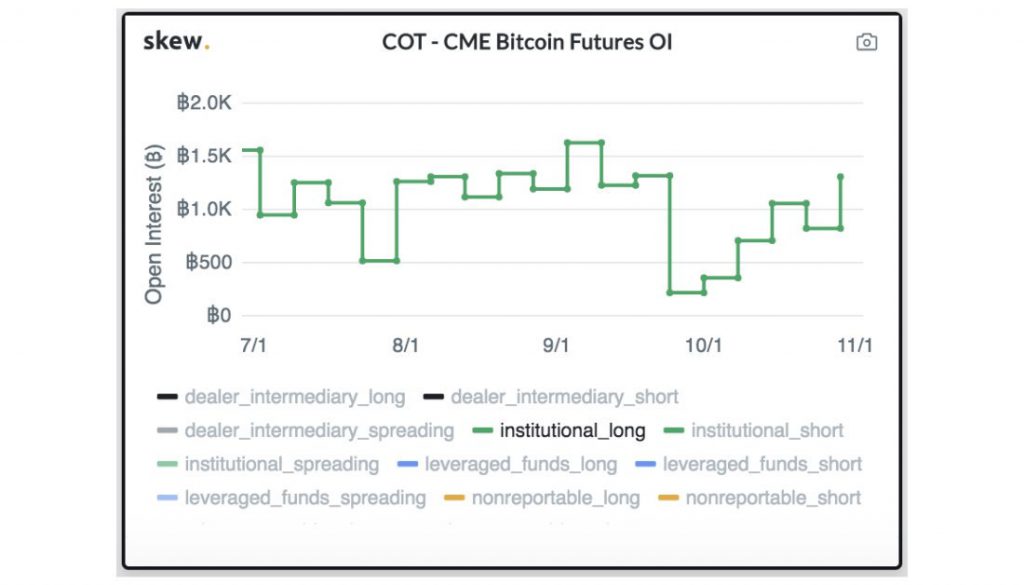 The institutional longs in August and September had reached $1,500 and even crossed it, the recent move of Bitcoin on October 25 and 26, from $7,400 to $10,300 in a few hourly candles put the bulls back in the ring. The said move was a surprising one as it was unexpected since the price had freshly collapsed from $8,300 to $7,300.

Even before this collapse, the price had another massive collapse which took BTC from $9,700 to $7,700 in less than 6 days. These subsequent collapses had allowed the bears to run rampant; however, the recent pump flipped the scenario, which explains the rising longs from institutions.

Moreover, Bakkt fast-forwarding their plans and stepping from the Futures market into Options markets could be another reason. The institutional shorts for Bitcoin below $1,000, which might be a tailwind for the people who are long on Bitcoin.

Additionally, for the last month, customer interest in CME Bitcoin futures remained strong during Q3 with daily OI of over 4.6K contracts, up 61% vs Q3 2018. 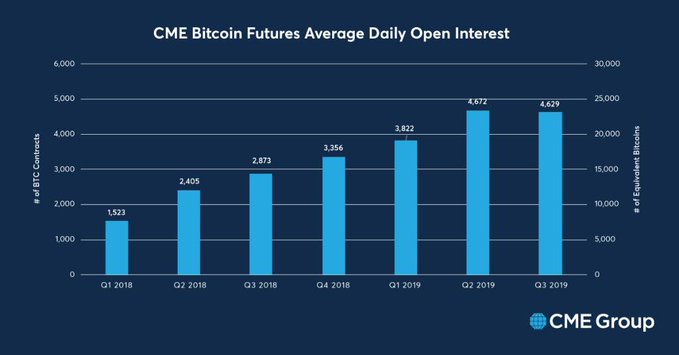 At press time, the global volume for Bitcoin CME futures was 2,641 BTC worth $24 million. With more competitors stepping into the Futures market, liquidity for Bitcoin seems to be rising as well. Download the Bitcoin era app if you want to test some algorithmic trading quite on the rise these days.

Moreover, CME Future for Bitcoin as seen below have created a massive gap of $700 ranging from $8,800 to $9,500, which is bound to fill in the near future as price discovers itself. 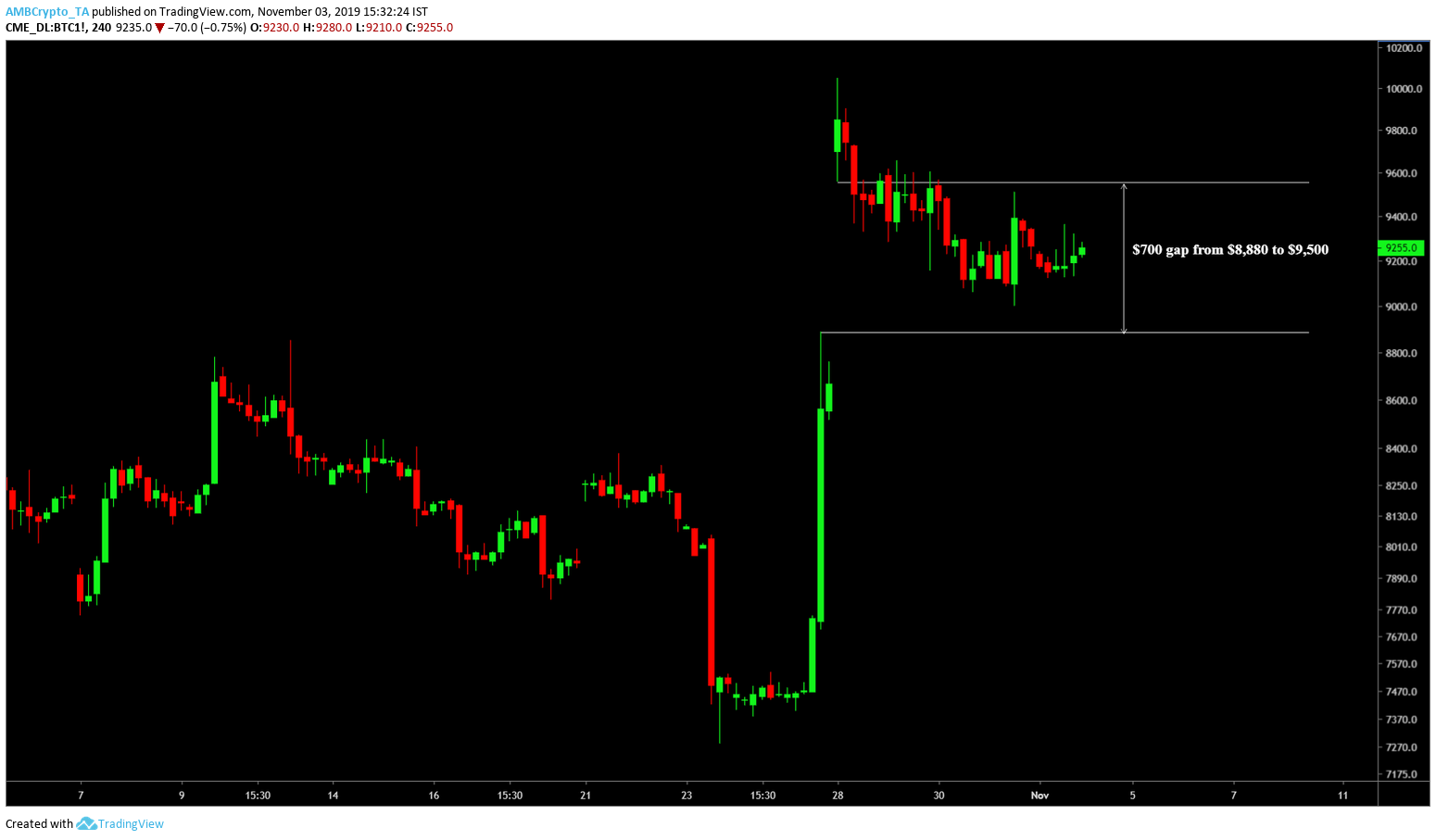 Although the longs are increasing, there will be price discovery taking place in this region, which would mean that the longs would eventually have to reduce.

Bitcoin miners exiting would only result in ‘delay in block issuance’