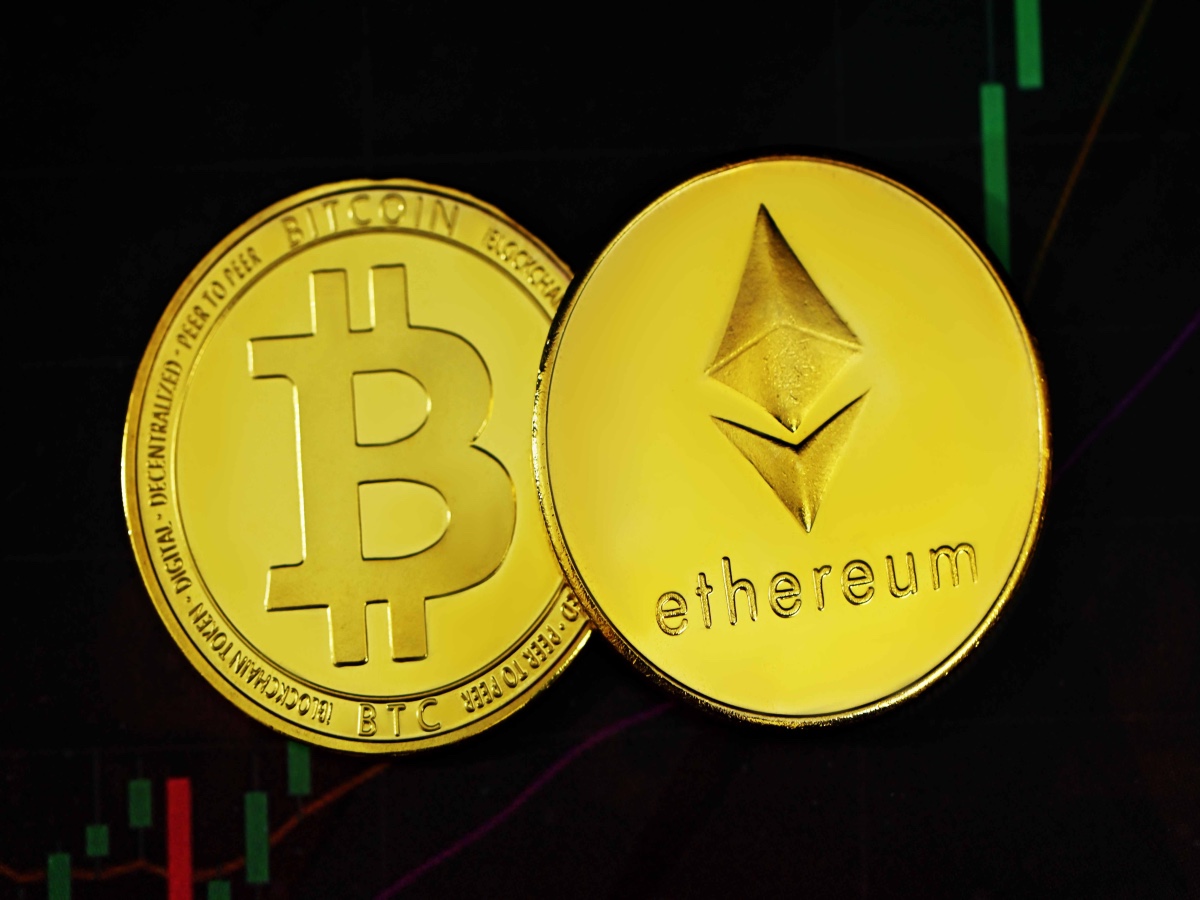 It wasn’t a very happy start of the year for most bulls as the market resembled a slaughterhouse, and crash after crash affected investors’ spirits. Feelings might not seem important in the crypto-sector, but they can often point at changing fortunes. So, it’s time to take a look at the top two crypto-assets.

The crypto-analytics platform Santiment recently noted that despite mild rallies, traders have been opting for caution as fear still hangs heavy in the air. Looking at weighted sentiment for Bitcoin and Ethereum, both were in the “Fear Zone” below -0.5 at press time.

While this might sound gloomy, Santiment reminded watchers that negative sentiments can at times trigger a rise in price.

📈 #Bitcoin is back above $38k & #Ethereum is up to $2,580. There is a long way to go return back to mid-November #AllTimeHigh levels. But traders appear to be quite doubtful. This negative sentiment has a high probability of fueling further price rises. https://t.co/lKiJH6YjlF pic.twitter.com/awRgaiQjSS

According to CoinMarketCap, Bitcoin saw a price increase of 6.07% over the past seven days. For Ethereum, this was 4.88%.

That being said, more metrics are needed to understand exactly how feelings translate to activity. Looking at velocity is one way to do this.

On 29 January, Bitcoin’s velocity was around 0.044, meaning that the activity the asset was seeing was close to levels last seen in November 2021 before the crash. However, levels are still low when compared to the spikes seen in September 2021. 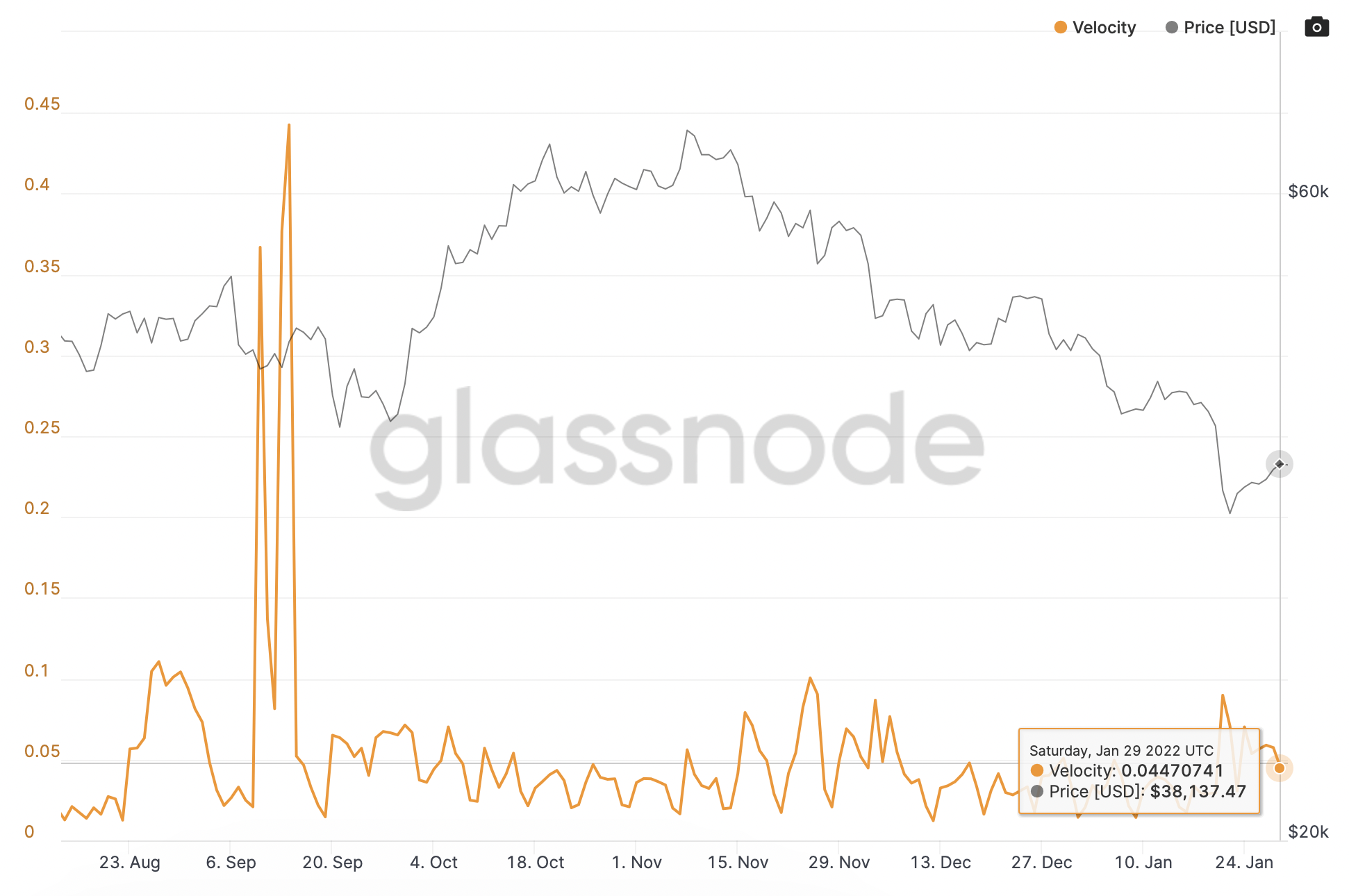 As far as Ethereum is concerned, we can see that the velocity on 29 January was approximately 0.020. This was after a significant spike several days ago. However, what is interesting to note here is that while Ethereum’s price rallied, velocity began falling sharply again. This could be a sign that investors are not making hasty moves. 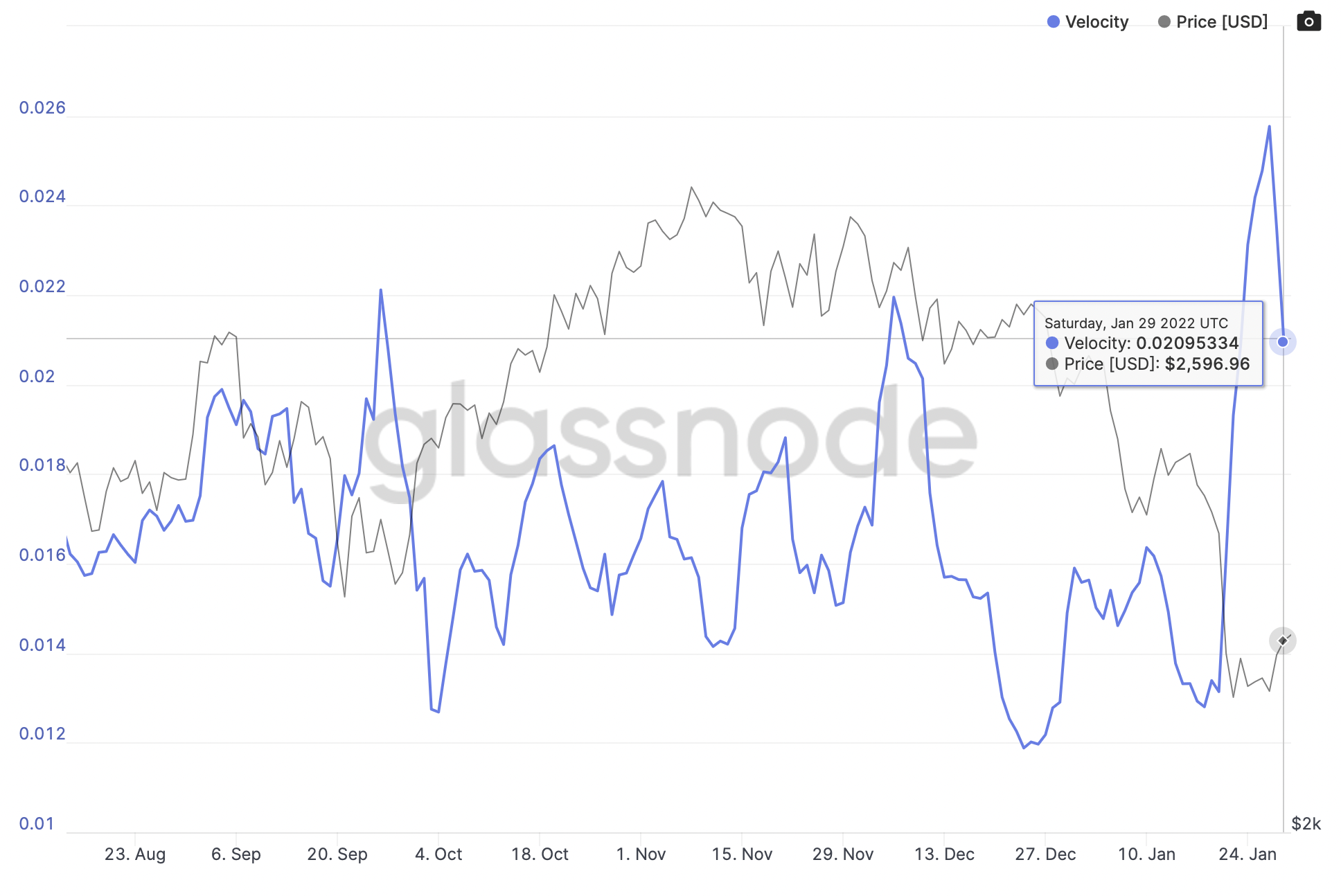 The Ethereum in the room

CoinShares’ Digital Asset Fund Flows weekly report helps us get a sharper image of BTC and Ether’s travels in and out of crypto-exchanges. After five weeks of overall outflows, the week ending 21 January finally saw slight inflows.

However, not all flows are equal. While Bitcoin saw inflows of around $13.8 million, Ethereum saw outflows of $15.6 million. CoinShares’ report stated,

“The current 7 week run of outflows now total US$245m, or2% of AuM, highlighting much of the recent bearishness amongst investors has been focussed on Ethereum rather than Bitcoin.”

What does this mean for investors? Well, while both Bitcoin and Ethereum bulls might be feeling a little weak in the knees right now, it appears that Bitcoin investors are feeling more up for shopping than their Ethereum counterparts.

Bitcoin: On-chain analyst blames this group of investors for sell-offs from $69,000