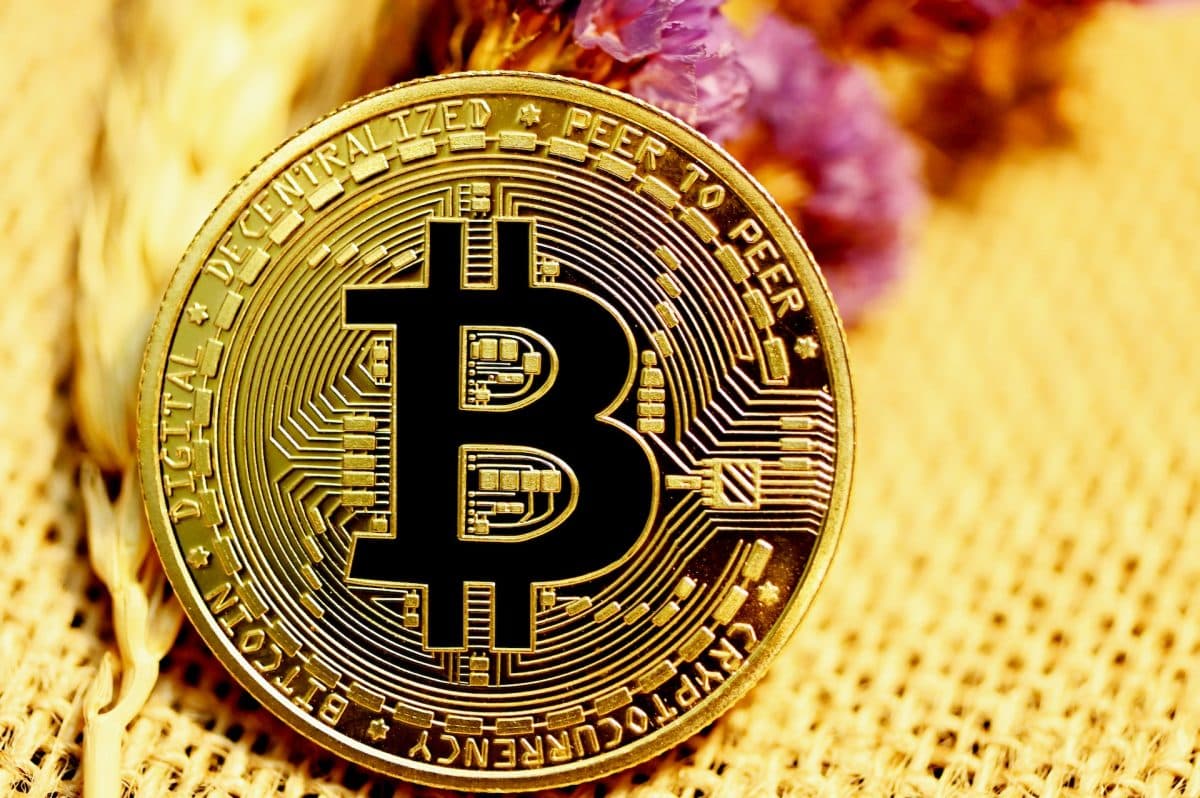 Volatility in the Bitcoin [BTC] market has compressed to historical lows. Taking a cue from history books, periods of low volatility for BTC usually end in the asset’s price breaking out in any direction.

Glassnode, in a new report, assessed BTC’s performance on the chain to determine where the price of the leading coin might be headed when volatility hits the market once again.

In its assessment, the on-chain analytics platform laid out “both a Bull and Bear case,” considering BTC’s on-chain activity and utilization, miners’ activity, exchange activity, and HODLing behavior.

Glassnode found that the past few weeks have been marked by a decline in demand for the king coin. Comparing the current market with the November 2018 and January 2019 markets, Glassnode found that the failure of the monthly average to clinch a positive momentum precipitated a sell-off from $6000 to $3,200 in November 2018. In January 2019, new activity on the BTC network sent the price of the asset from $4000 to $14,000.

In the current market,

“New Address Momentum is on the cusp of yet another push higher, but is yet to show a convincing 2019 burst of strength. With a slight curl over in recent weeks, this suggests a lackluster inflow of new demand at present.” 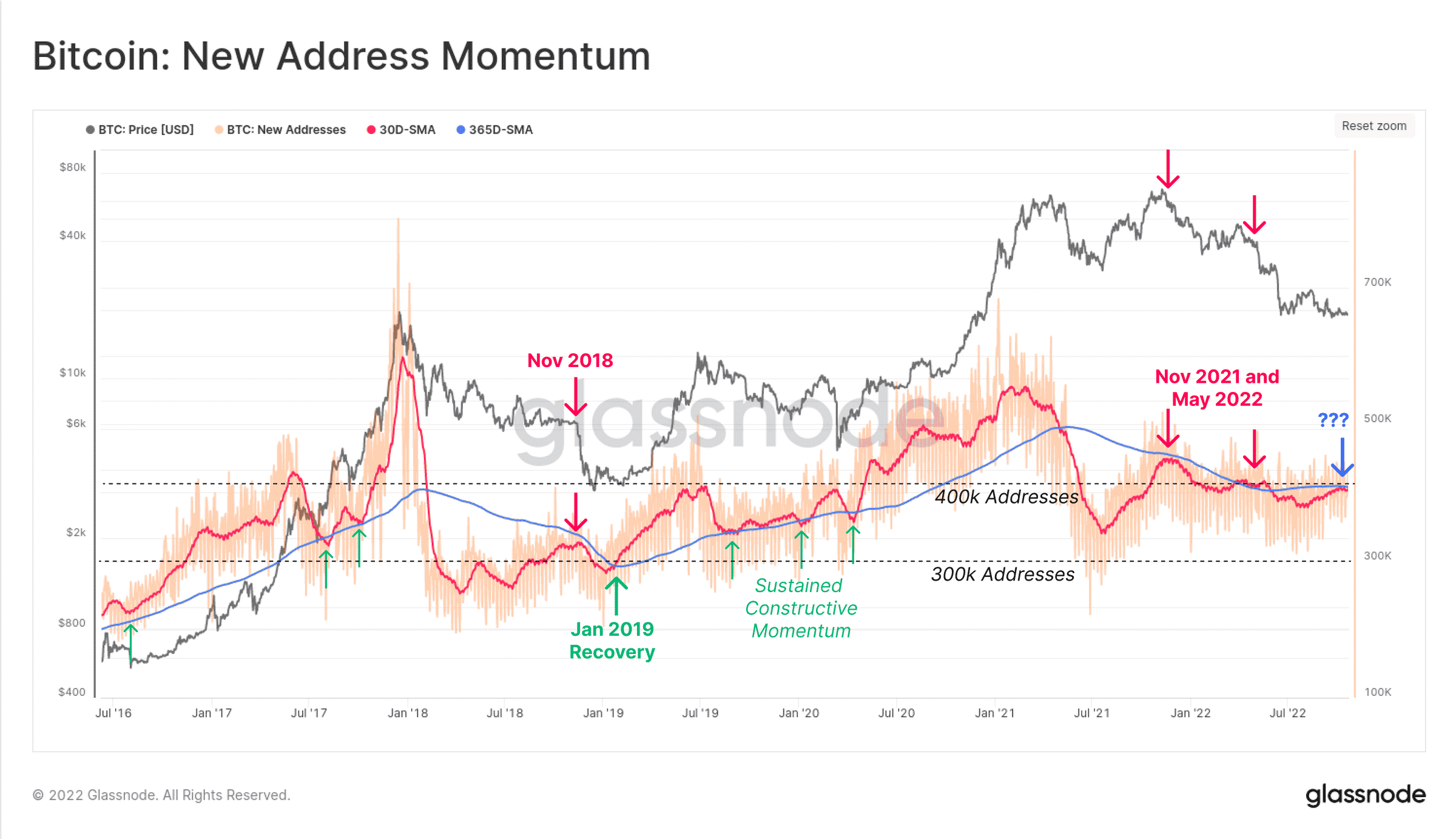 Glassnode also found that the count of  BTC addresses with a non-zero balance has “stagnated since August.” Likening it to the November 2018 period, Glassnode opined that in spite of the fact that the BTC network sees about 400,000 new addresses every day,  “there are as many which are being emptied of their entire balance.” 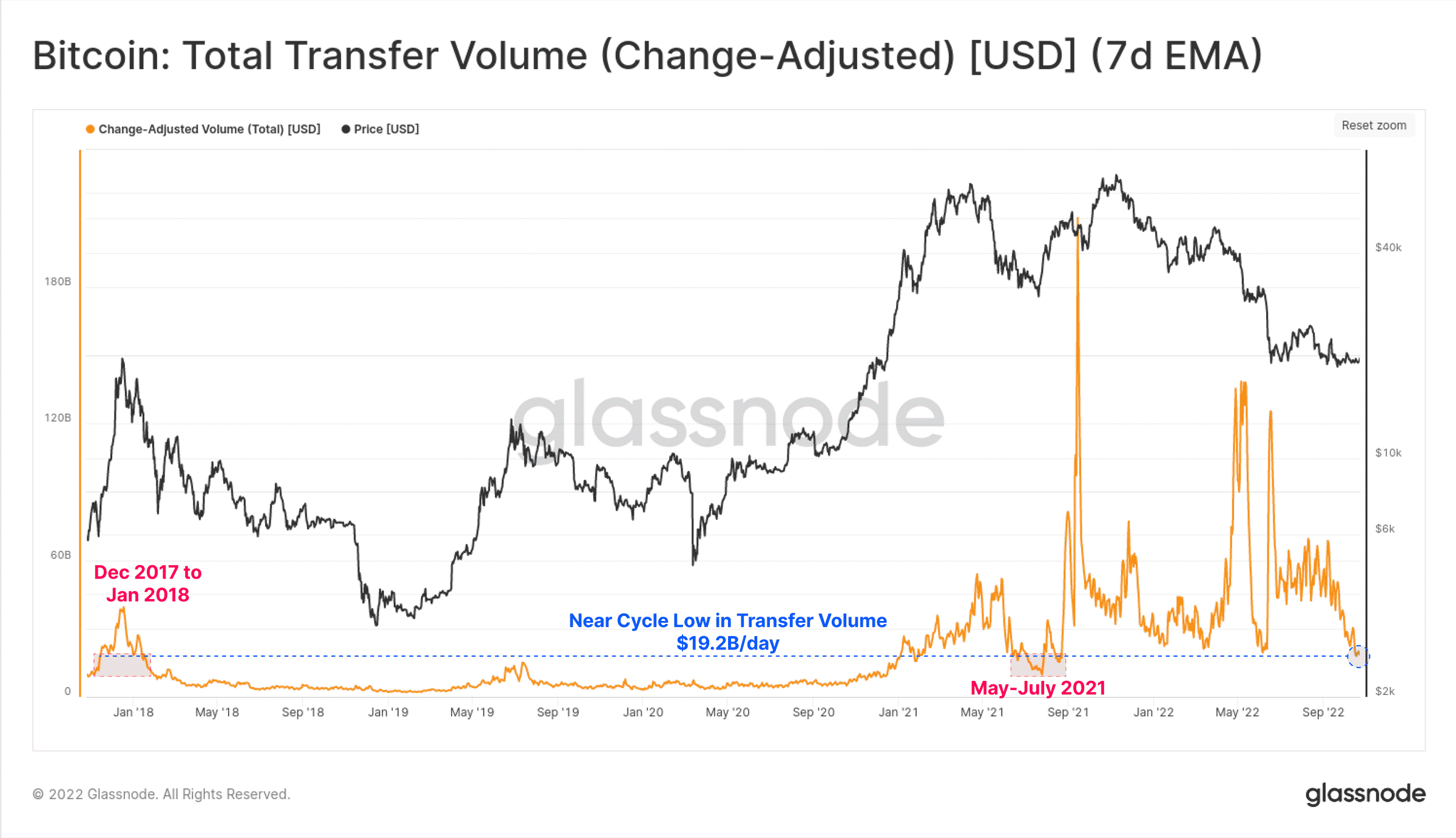 According to Glassnode, the general decline in on-chain activity on the BTC network suggests,

“A significant degree of apathy exists within the Bitcoin network, with extremely muted on-chain activity suggesting a lackluster read on network utilization, attention, and user base growth.”

Existing alongside the bearishness in the BTC market are signs that hint at a potential imminent recovery, Glassnode found. So far this month, all cohorts of BTC holders have tended towards accumulation instead of distribution. Glassnode reported,

“October has seen a marked shift in balance change behavior by most wallet cohorts. Cohorts from Shrimp (< 1BTC) through to Whales (up to 10k BTC) have altered their behavior from one of net balance decline and distribution, and towards one of net accumulation and balance increase.”

Also, there has been a decline in BTC’s reserves held on exchanges. Per Glassnode, it has dropped to multi-year lows since the month started.

A decline in an asset’s supply on exchanges is an indication that fewer sell-offs are taking place.

Lastly, BTC HODLers continue to HODL. According to Glassnode, 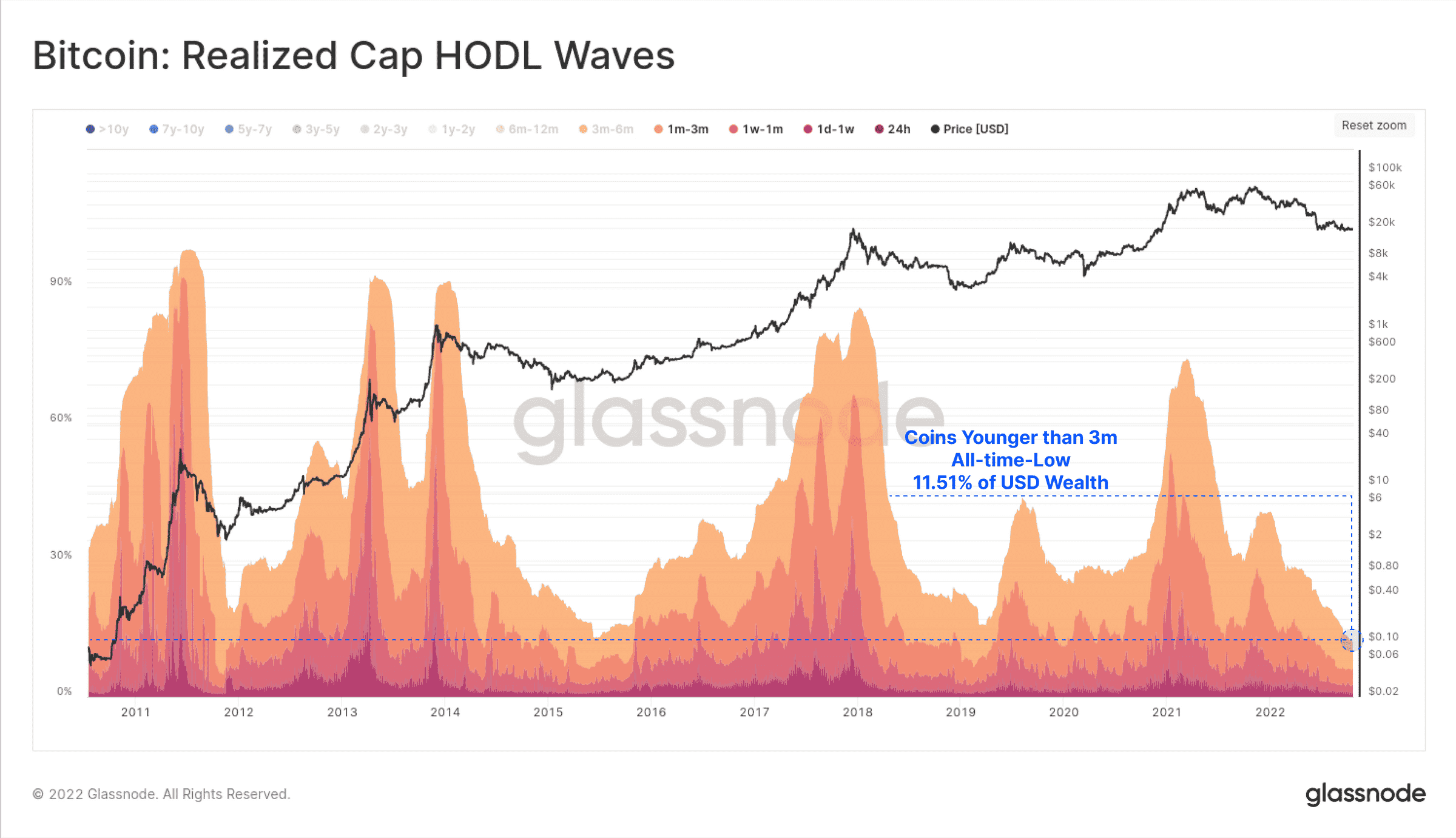