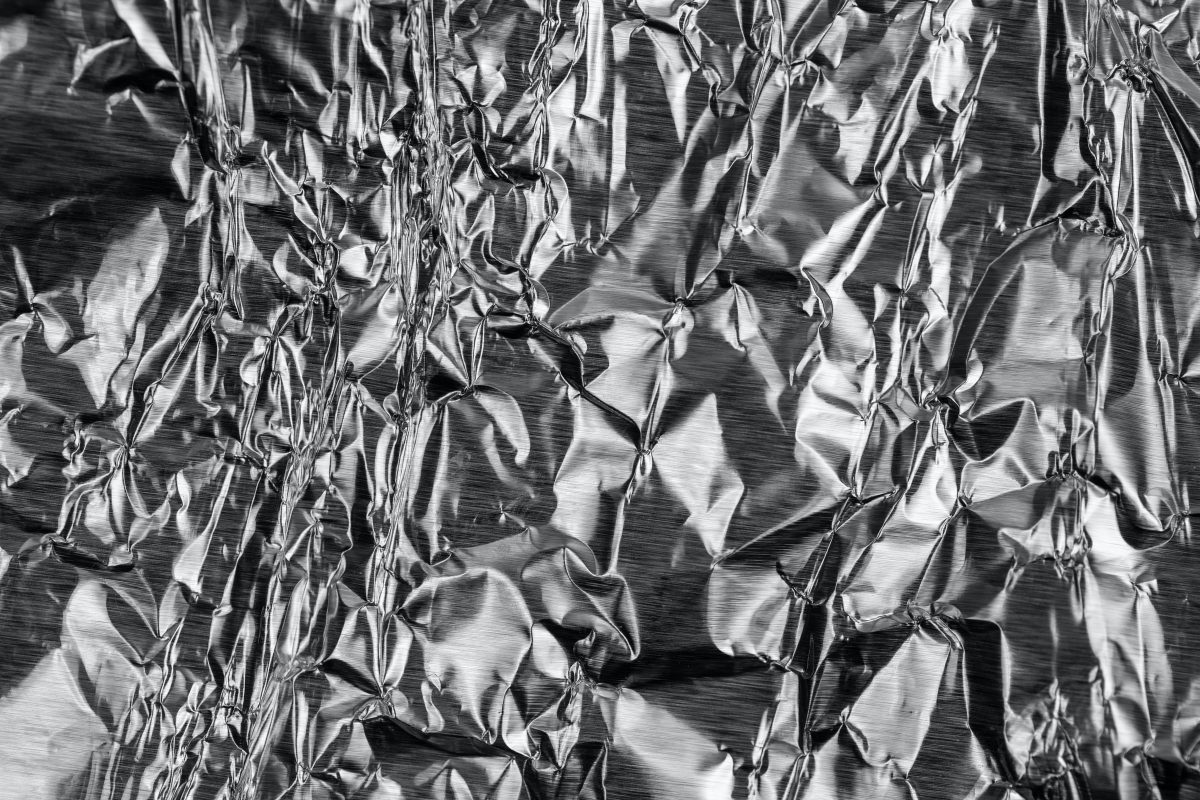 Bitcoin broke past the resistance at $35000 and is currently trading close to $38000. This break came with the standard reference and comparison with Gold, however, since GameStop’s nearly unstoppable price rally, #SilverSqueeze was breaking the internet. Following which there was a sizeable surge in interest and trading volume for silver, as traders expected the squeeze to result in higher returns and a surge in the price of silver. However, looking at the current performance of the metal, it would be safe to say that the squeeze is officially over to a certain extent. In the past few years, Bitcoin has been associated with gold, repeatedly, however, is there a relationship with silver as well?

To examine the relationship, take a look at the following chart stacking Bitcoin against silver in terms of total returns and the Sortino Ratio over the years, does it depict a case of a Bitcoin pump or a silver squeeze? A little bit of both perhaps. Based on Silver’s chart and price trend, the market is more liquid compared to Bitcoin and that makes it different from Bitcoin, since its active supply has increased over weeks and not overnight. In conclusion, Bitcoin’s volatility is higher, however, liquidity is not as high as silver. 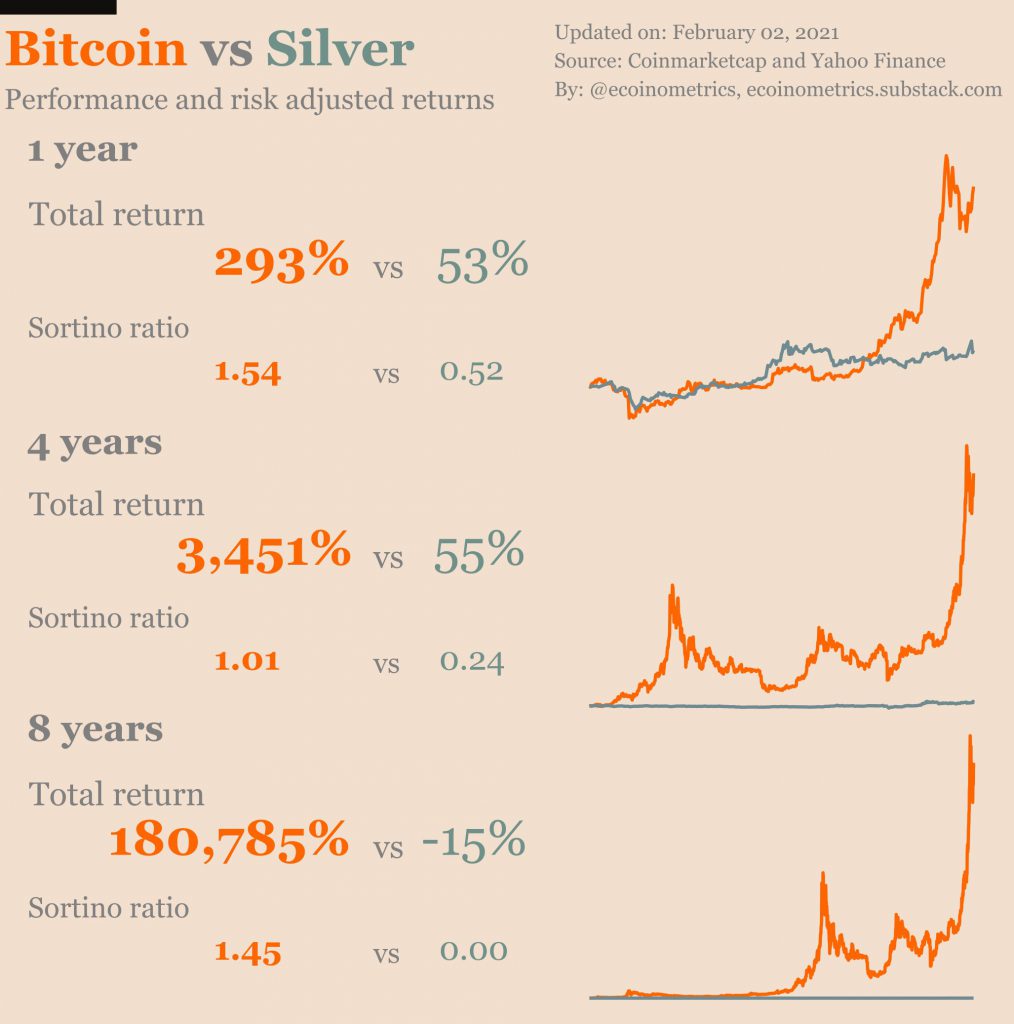 Based on the latest activity in Bitcoin and Silver, the market may be experiencing a little bit of both – a squeeze and a pump. Against Bitcoin’s one year return of 293%, Silver has returned 53%. However, traders looking for liquid assets and consistent returns would turn to Silver, despite modest returns. 53% return YoY is relatively high when compared to several stocks and other investment options. Since Bitcoin’s returns come with a risk, and the risk-adjusted return is higher compared to other assets, however returns are cyclical and a trader’s portfolio could fluctuate between heavily unrealized profits and losses. This means it is not as profitable to liquidate the investment, since the probability of incurring a loss is nearly the same or higher than the probability of incurring a profit.

Part of Silver’s current performance is similar to Bitcoin’s narrative for the most part of the past two weeks. It takes an interesting turn when you compare Bitcoin’s returns over a halving cycle; the four-year return on Bitcoin is 3451% against 55% for silver. The difference between the four-year and one-year return in silver is a mere 2%, and this in itself is a sign of liquidity and limited volatility in silver’s price, as opposed to Bitcoin which is predictable to an extent, over four-year halving cycles. Every halving has been followed by a price rise of increasing magnitude, the third one led to a high of $40000. Bitcoin’s market is not always liquid, a supply shortage narrative was essential to adoption and demand in the last quarter of 2020. Though not popularly compared, the two assets may have more in common than anticipated due to Bitcoin’s changing narratives and price trends. Balancing a portfolio could mean, adding silver to it, to limit exposure to a single asset in the long term.

Related Topics:Bitcoin PumpGameStopSilverSilver Squeeze
Up Next