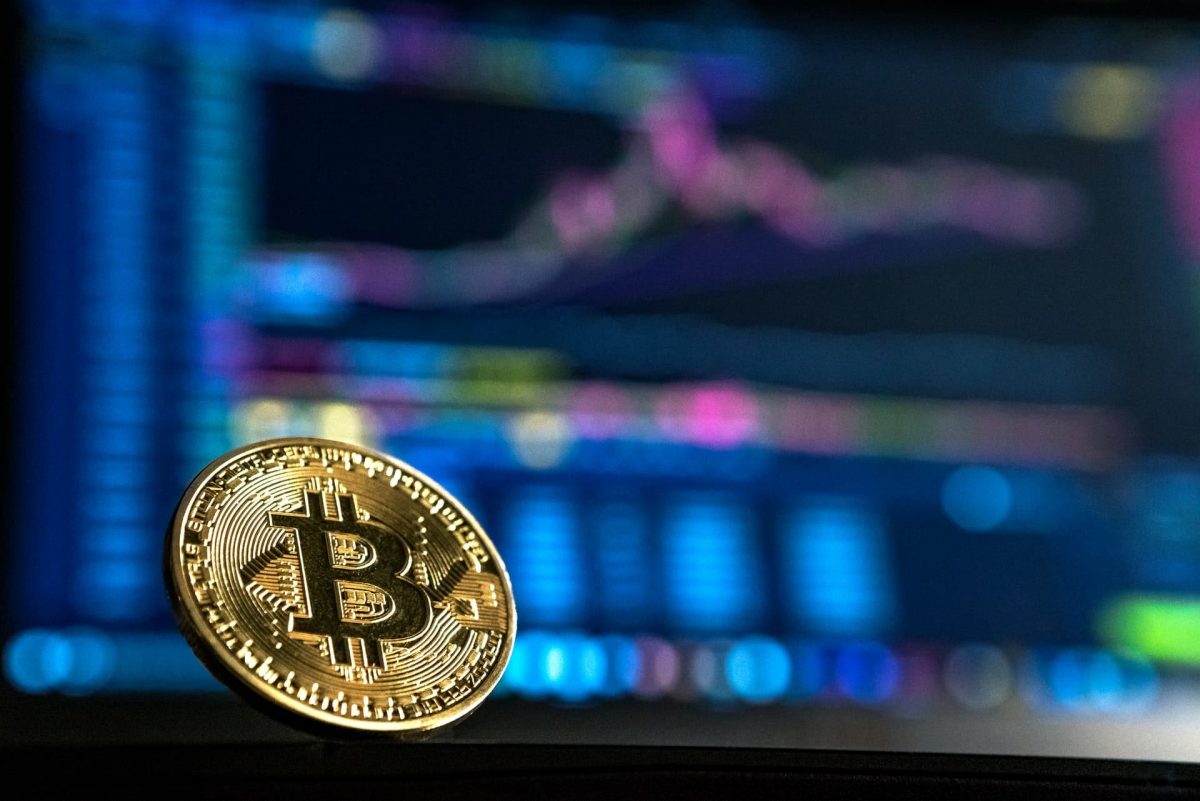 Over the past few months, the crypto market witnessed a severe downfall, marking the year’s lowest in mid-June. The king of all cryptos’ Bitcoin, also could not evade the effects of the crash and touched its 2022 low of $17,700 on 20 June.

However, since the last negative growth, BTC has gained an uptrend and it has been on a steady patch to recover its value; recently crossing the $24,000 mark.

In June, BTC hovered near the psychological level of $19,000 for a few weeks, and then an uptrend began. Along with the increase in its price, a surge in BTC’s percent supply in profit was noted as the metric reached a 3-month high of 62.03% on 12 August. 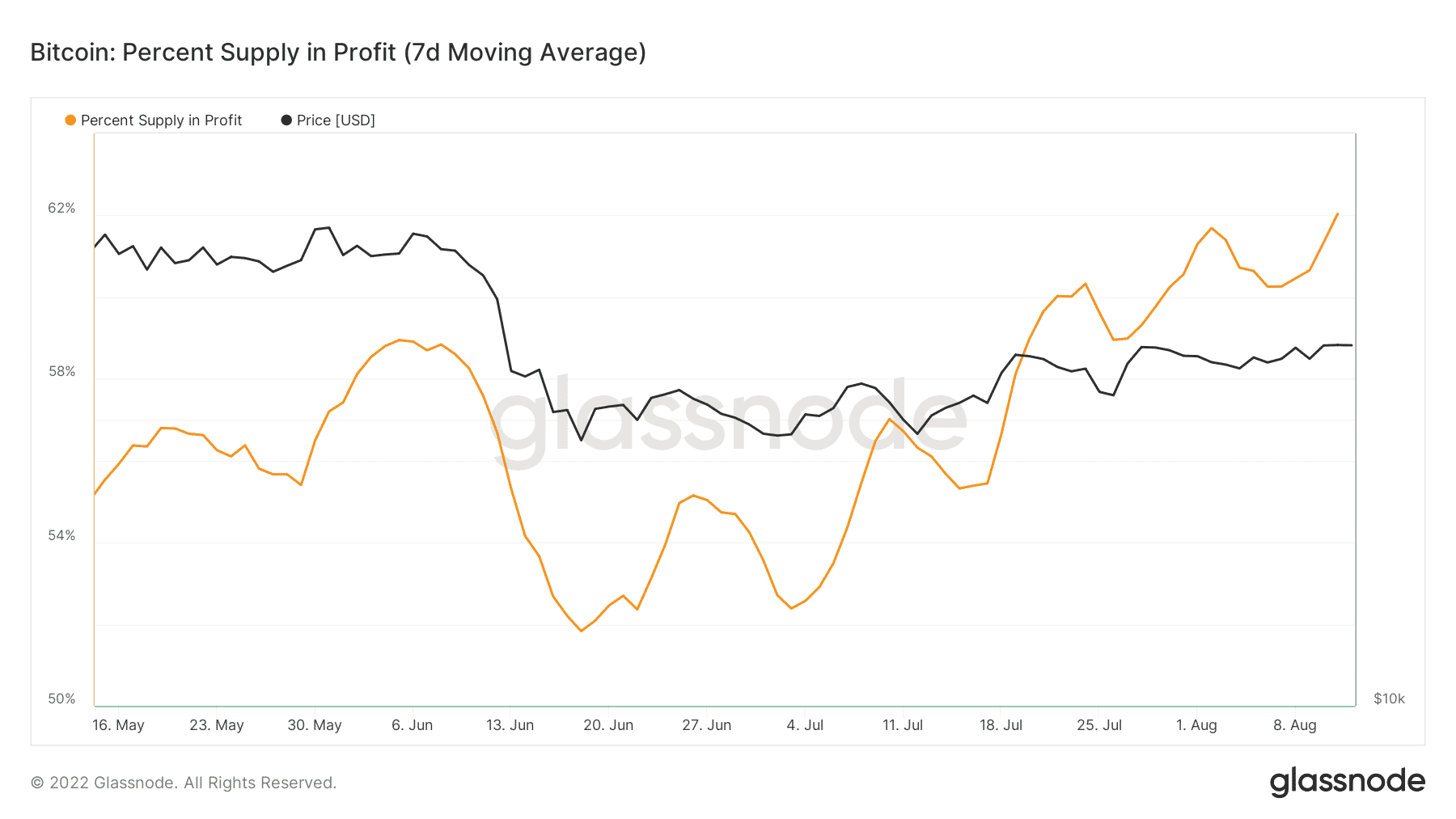 Past data pointed out that the percentage supply in profit never went below 65% in the last two years until January 2022 when it reached 64%.

Then it surged for a while and declined to mark its 2-year low. Interestingly, as percentage supply in profit is inversely related to total supply in losses, the latter marked its 3-month lowest point at 7.123 million. 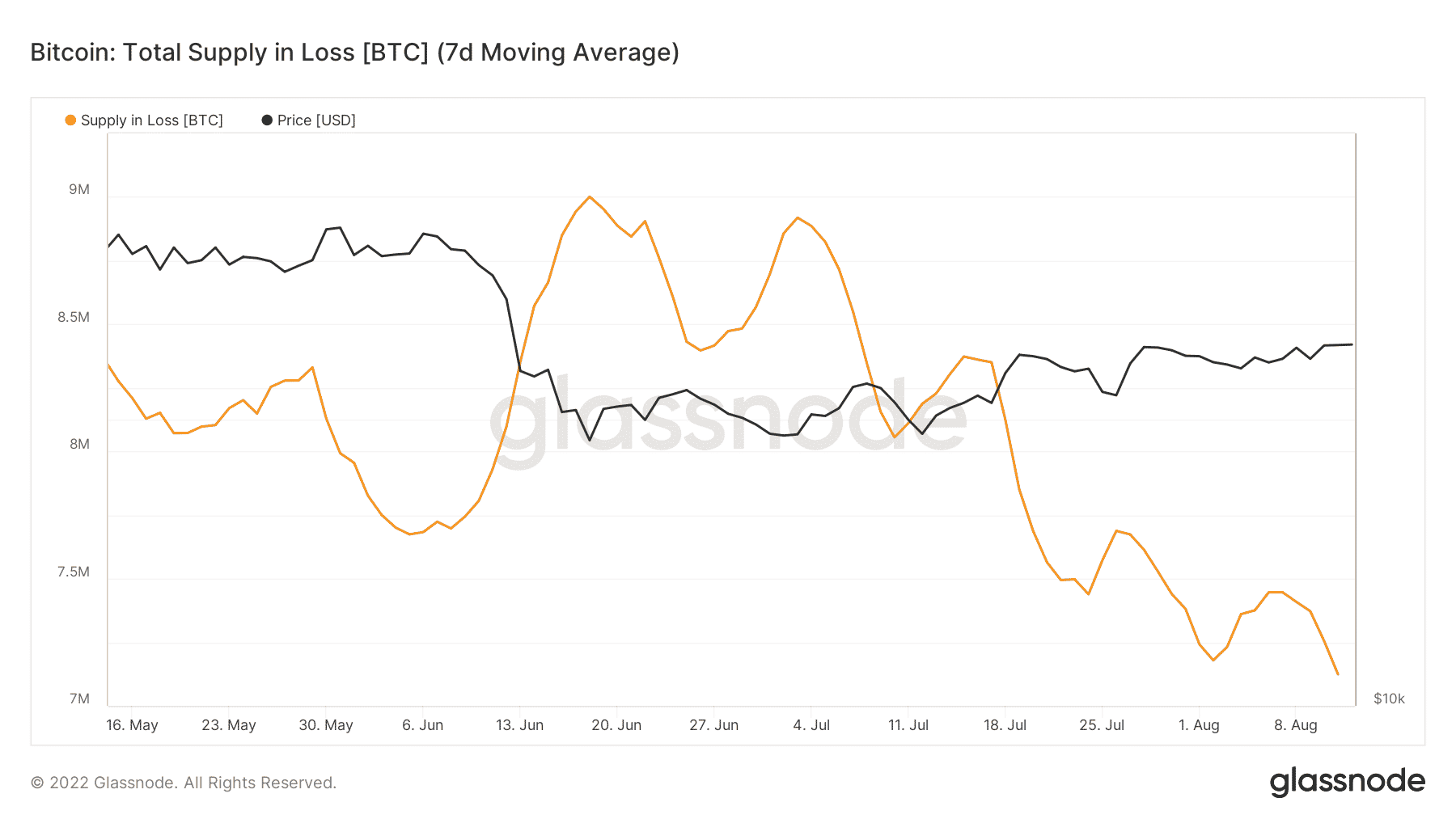 Apart from percentage supply gains, the lightning network, which is an off-chain network that can be used to send or receive Bitcoin, also marked its all-time high.

At the time of writing, the maximum capacity of the Lightning Network was 4,560 BTC. As per Glassnode’s data, a considerable increase was registered in the network’s total capacity despite the crypto winter. 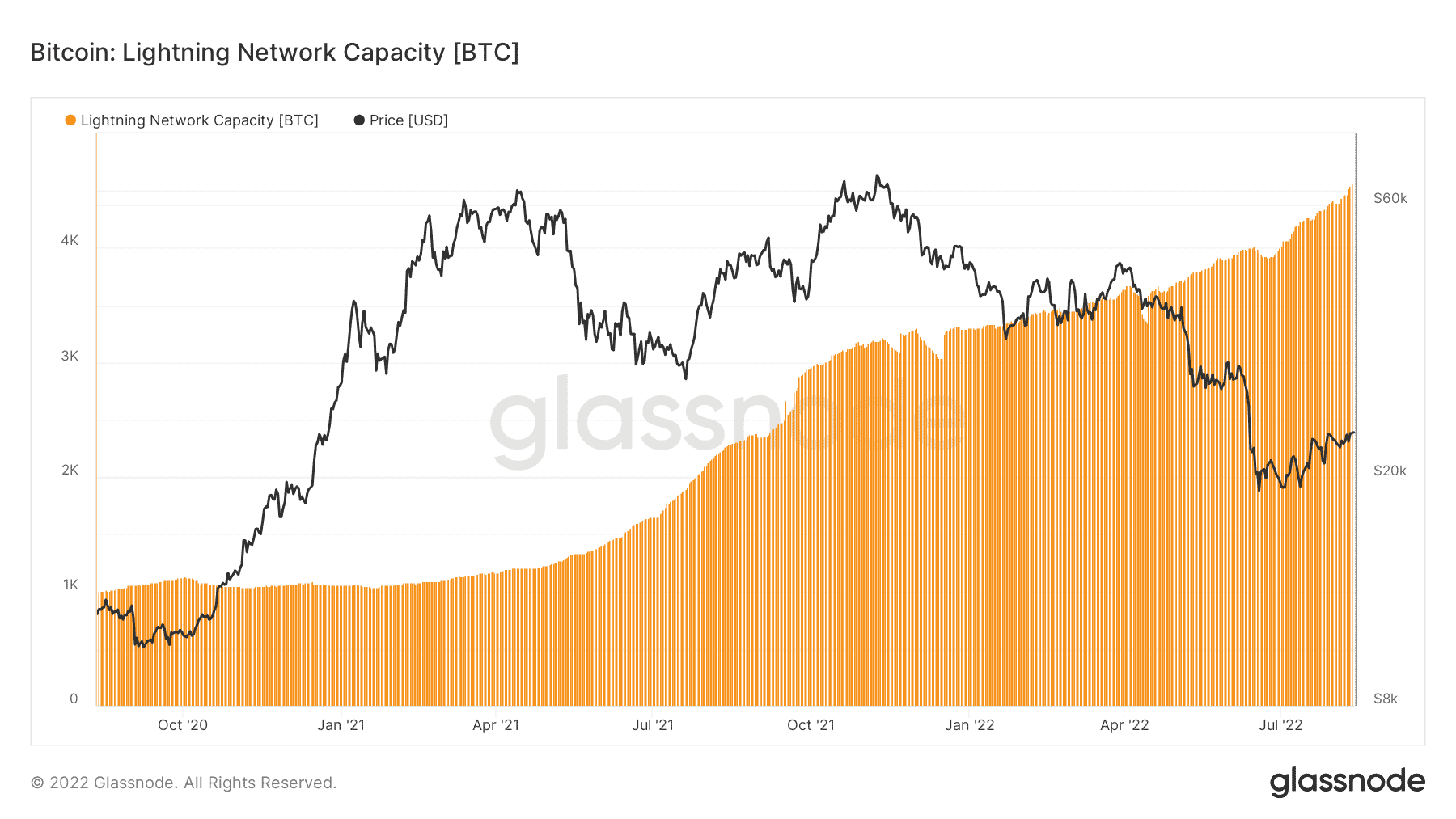 All the aforementioned developments give an indication that BTC’s performance over the last few months has been better than the first quarter of 2022.

As always, the opinions are diverse in this dynamic crypto industry. Peter Schiff, the chairman of SchiffGold and CEO of Euro Pacific Capital, recently predicted that forced selling might yet cause the price of Bitcoin to go as low as $10,000.

Furthermore, he stated that not only Bitcoin but also several other crypto companies will go out of business in the near future.

While looking at the BTC’s chart, the largest crypto in the world showed support and resistance at $19,000 and $22,200, respectively.

However, within the last few weeks, BTC managed to flip the resistance into its new support and grew further to cross the $24,000 mark, giving hope for brighter days ahead.

The Bollinger Bands suggest that after being in a highly volatile zone, the price of BTC might witness a crunch soon, indicating a breakout in either direction.

Although over the past few months, BTC has achieved quite a few milestones, the same forward trend cannot be guaranteed. As mentioned by Peter Schiff, data shown by the CMF, suggests that bears had a slight upper hand in the market.