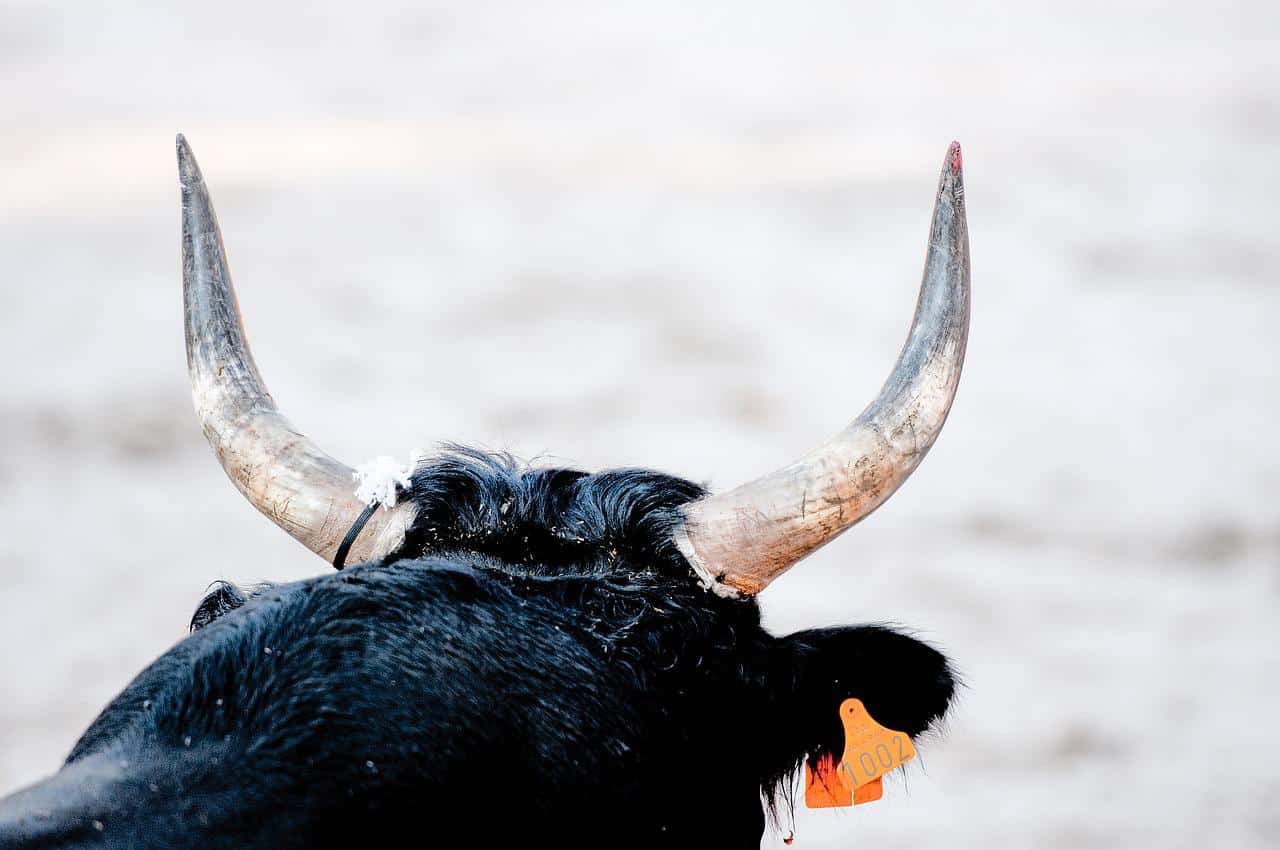 Bitcoin [BTC] has concluded the first week of July on a healthy uptrend as improved market sentiments paved the way for more accumulation. The bullish activity resulted in a significant uptrend that pushed it above $22,000 on the morning of 6 July.

The king coin also soared as high as $22,527 on 6 July. This was the first time that it crossed back above the $22,000 price level since mid-June. It managed to achieve this thanks to strong demand in the market this week. The upside was strong enough to push it out of its short-term wedge pattern in which it has been trading since June.

Bitcoin experienced strong buying volume during 7 July’s trading session after breaking above its descending resistance line. However, it has since pulled back to its $21,515 press price courtesy of increased selling pressure when its Relative Strength Index (RSI) entered the overbought zone in the four-hour chart. The Money Flow Index (MFI) registered some outflows in the last 24 hours at press time.

Shorts liquidations may have played a hand in the upside

The latest upside was not backed by any standout announcements. However, a closer look at BTC’s metrics reveals that a significant amount of leveraged short positions were liquidated. Glassnode’s futures shorts liquidations metric reveals a sharp uptick in liquidations from $10.23 million to $29.42 million between 6 and 7 July. 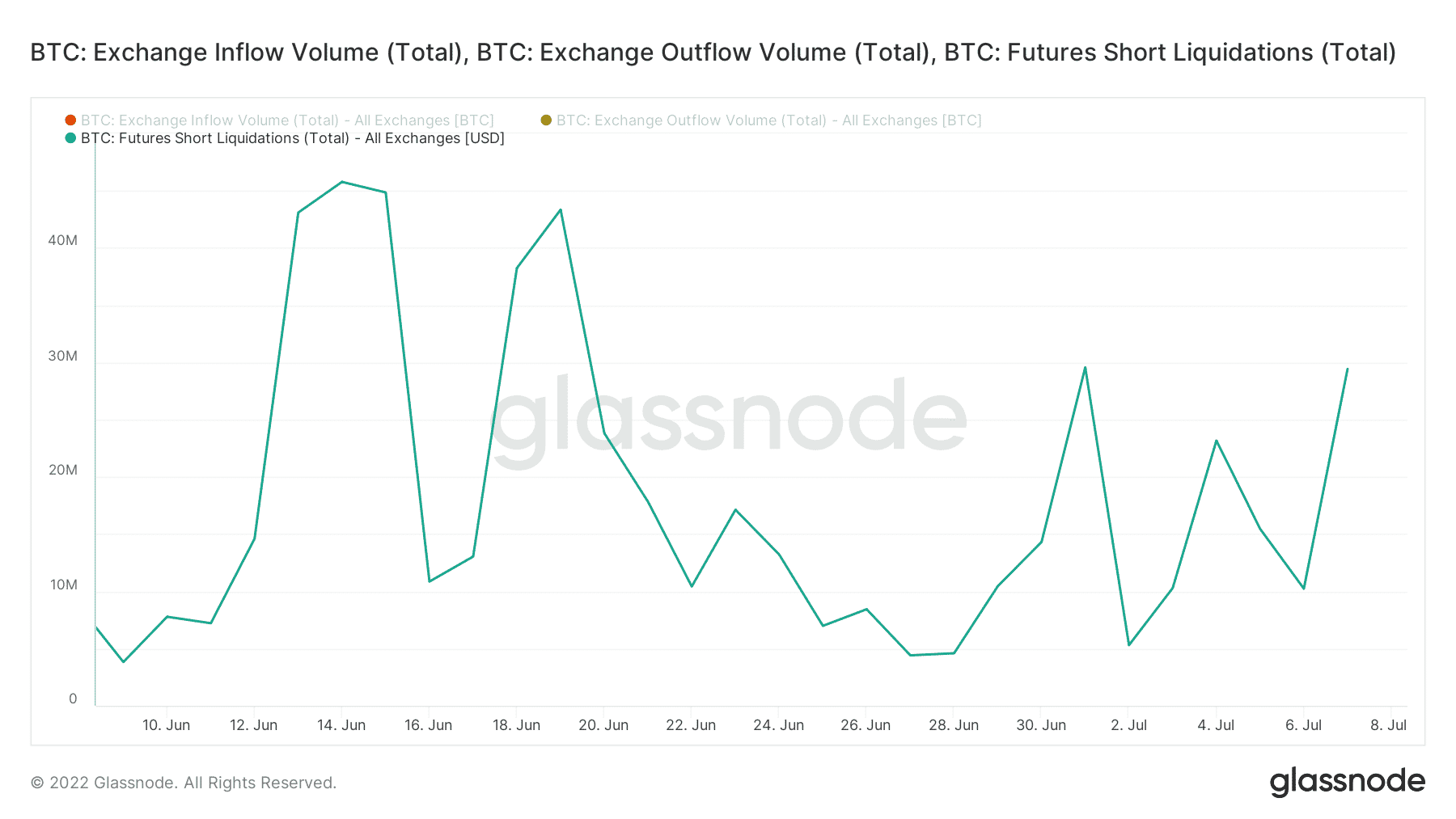 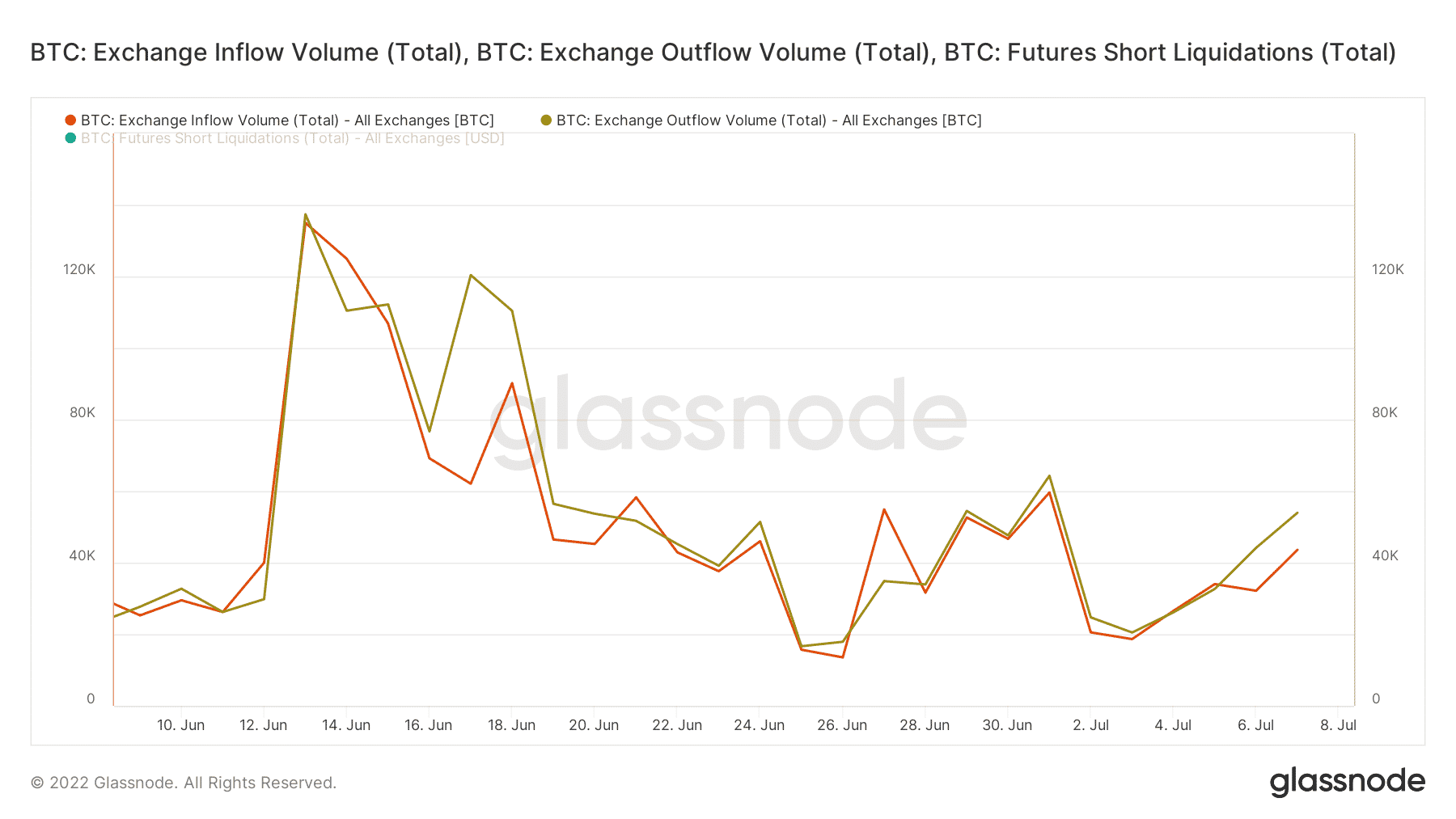 The higher exchange outflows than inflows resulted in higher buying pressure for the cryptocurrency. Most of this volume came from the retail segment given the limited whale activity. The supply held by whales metric (addresses holding more than $5 million in BTC) registered significant downside since 4 July. This means they have been reducing their balances or selling their BTC as the price went higher.

The lower supply held by whales as price goes up suggests that the latest rally might end up being limited. However, an increase in whale transactions and balances at the current levels may provide another bullish boost.

Is VGX all set to “Voyage” to the bears as Voyager Digital files for bankruptcy?