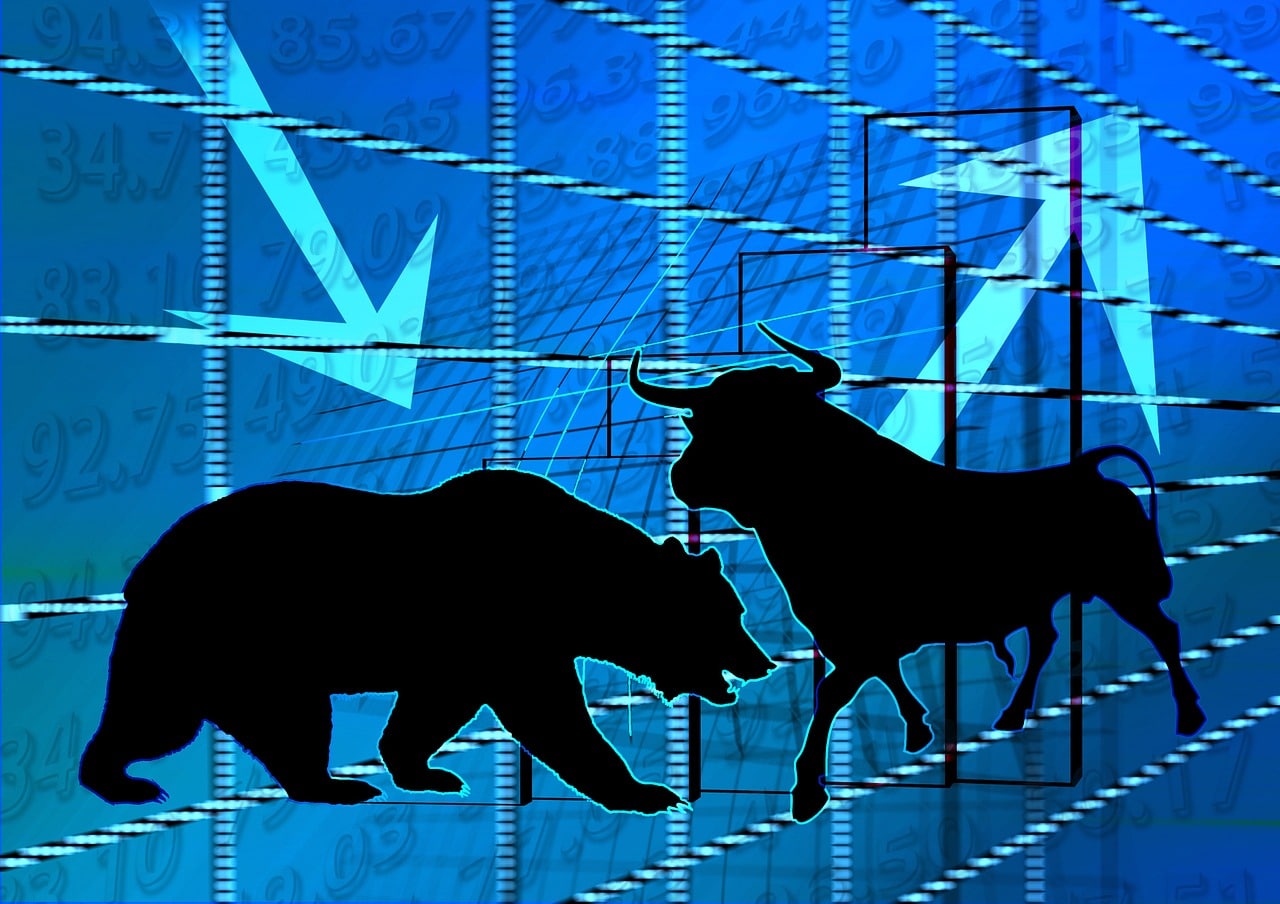 Bitcoin [BTC] bears demonstrated weakness at the beginning of August after failing to push towards its support line. Fast forward to the present and a similar observation has occurred with the bulls.

This confirms structure weakness but also underscores increased uncertainty regarding BTC’s next move.

After briefly managing to push above $25,000, BTC bulls failed to sum up further upside. The king coin instead embraced a pullback to its press time price of $23,806.

However, it also appears that the bearish performance for this week has been limited.

A closer look at its indicators reveals that BTC might be headed for some more downside at first glance.

For example, its Relative Strength Index (RSI) just crossed below its 14-day SMA, confirming momentum weakness on the side of the bulls.

The RSI has also been moving within a trend line and this may also provide a rough idea of where BTC is headed.

Bitcoin’s RSI is retesting a support line, from which it bounced off within its ascending range. However, it had already crossed below this line slightly at press time, indicating a significant probability of a breakout from the pattern.

The current outcome does not necessarily mean that BTC is headed for more downside. There is still a chance of a bounce back from the support level. However, on-chain metrics might be better suited to explain the current outcome and potential direction.

Where is Bitcoin’s bearish pressure coming from?

The Purpose Bitcoin ETF holdings trimmed down its BTC balance by roughly 3,398 BTC from 11 August to 16 August.

That is roughly $81 million worth of selling pressure. While this might not be much as compared to Bitcoin’s market cap, it might have a substantial impact if the amount of BTC on exchanges is low.

Cumulative sell pressure from other holders may also contribute to more downside. 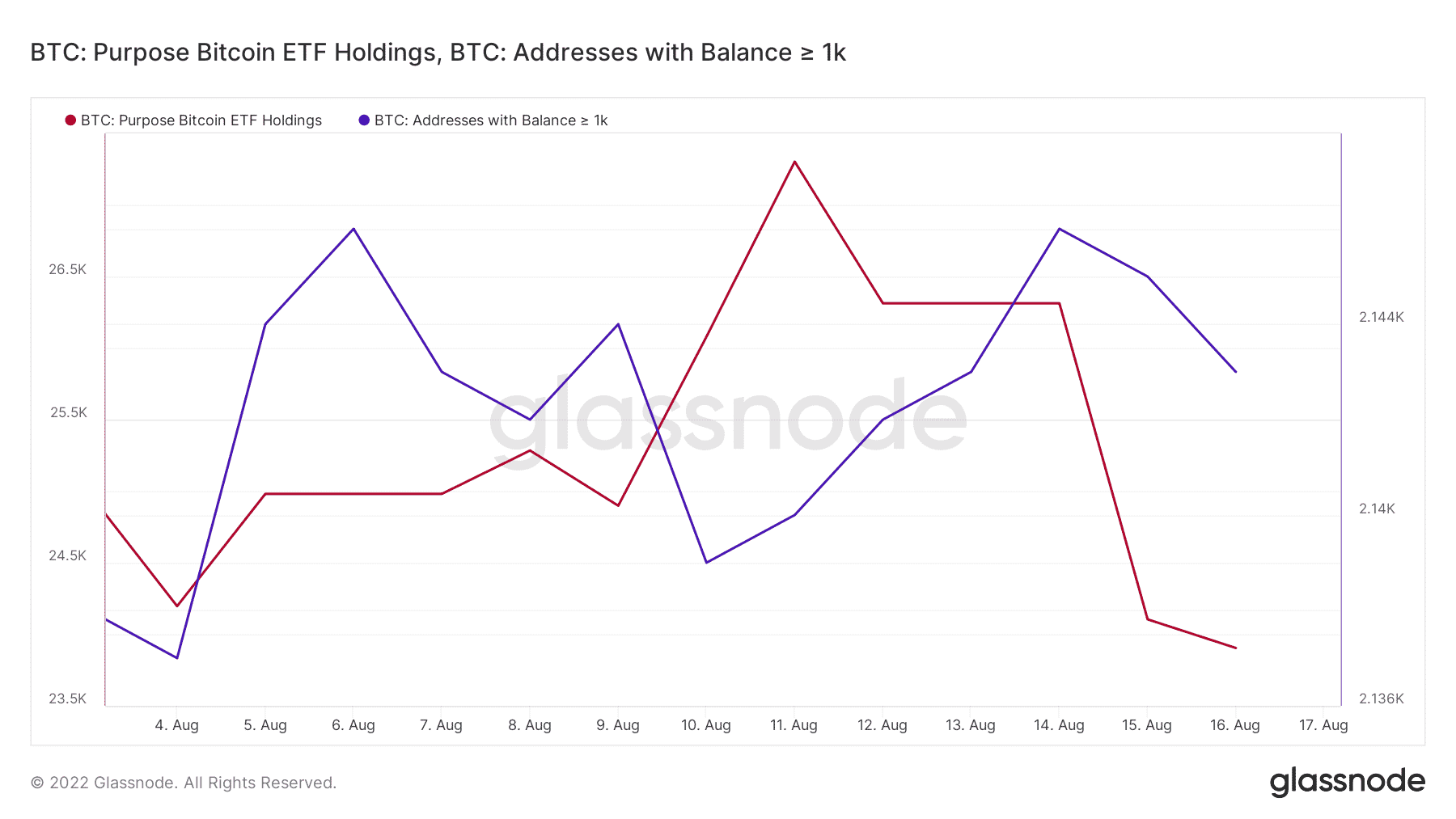 Addresses holding more than 1,000 BTC have also contributed to the selling pressure in the last few days.

The number of addresses in the aforementioned category was reduced by three addresses over the last three days.

While this might not indicate a lot of sell pressure, if those three addresses sold off all their BTC at its current market value, then we would expect more than $70 million worth of sell pressure.

Meanwhile, the number of sending addresses, at press time, outweighed the receiving addresses. This aligns with the increased sell pressure in the last few days. 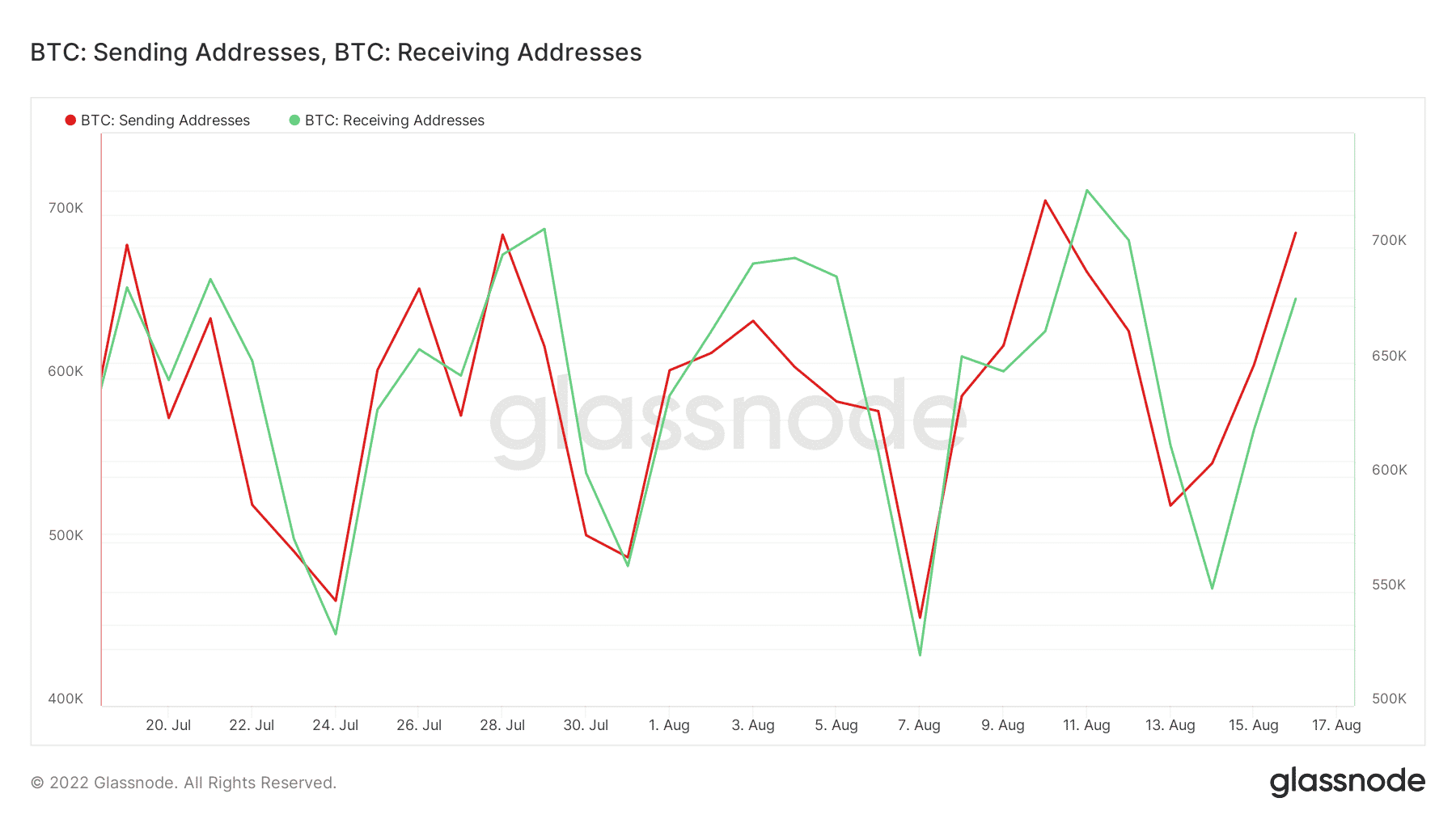 Well, the observation underlines the price drop in the past few days. However, there is still a notably healthy demand for BTC.

Any outcome is still probable at this point. But, in case of more downside, investors should look out for support between $22,000 and $22,600. An alternative outcome might push BTC back above $25,000.

Are you going long on Tezos [XTZ] in August? Read this first