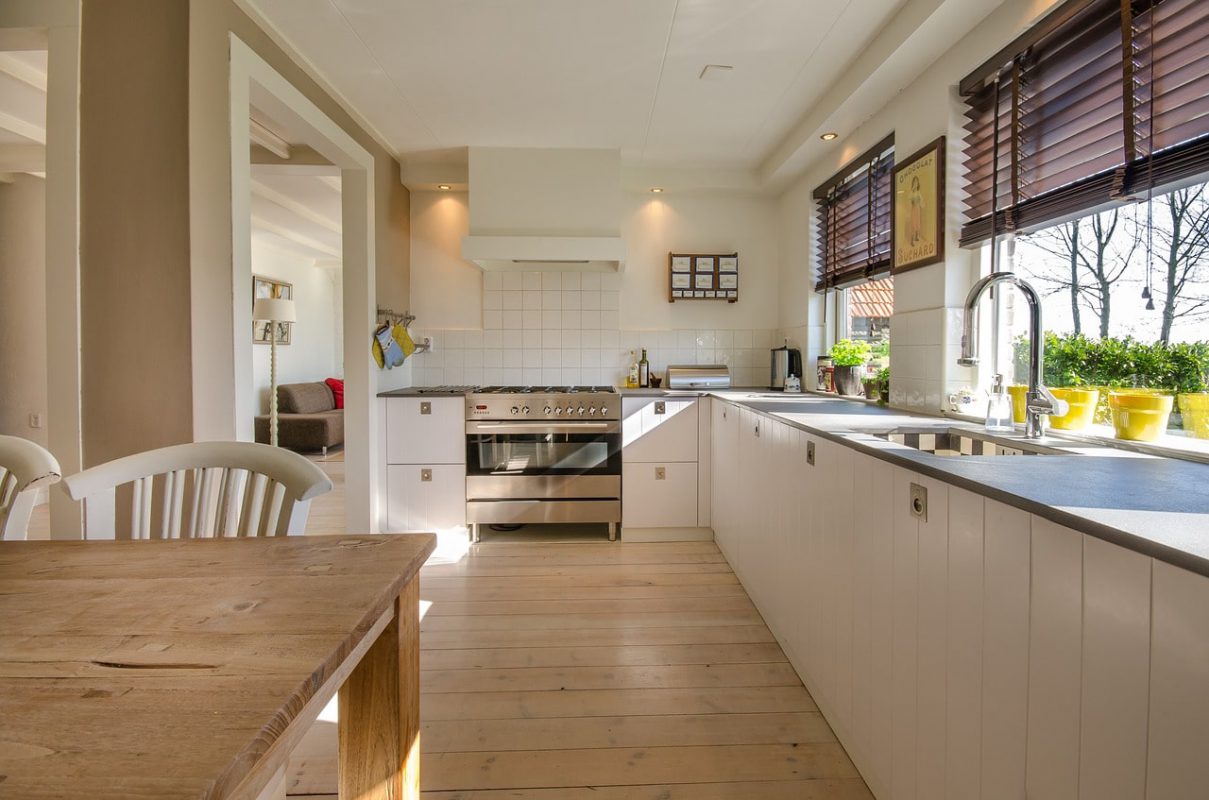 Bitcoin SV could move to $360 before retracing, with the alt having seen some demand at the $300-$330 region. Aave was strongly bullish on the charts and threatened a breakout past $460, while Status went parabolic in recent days. 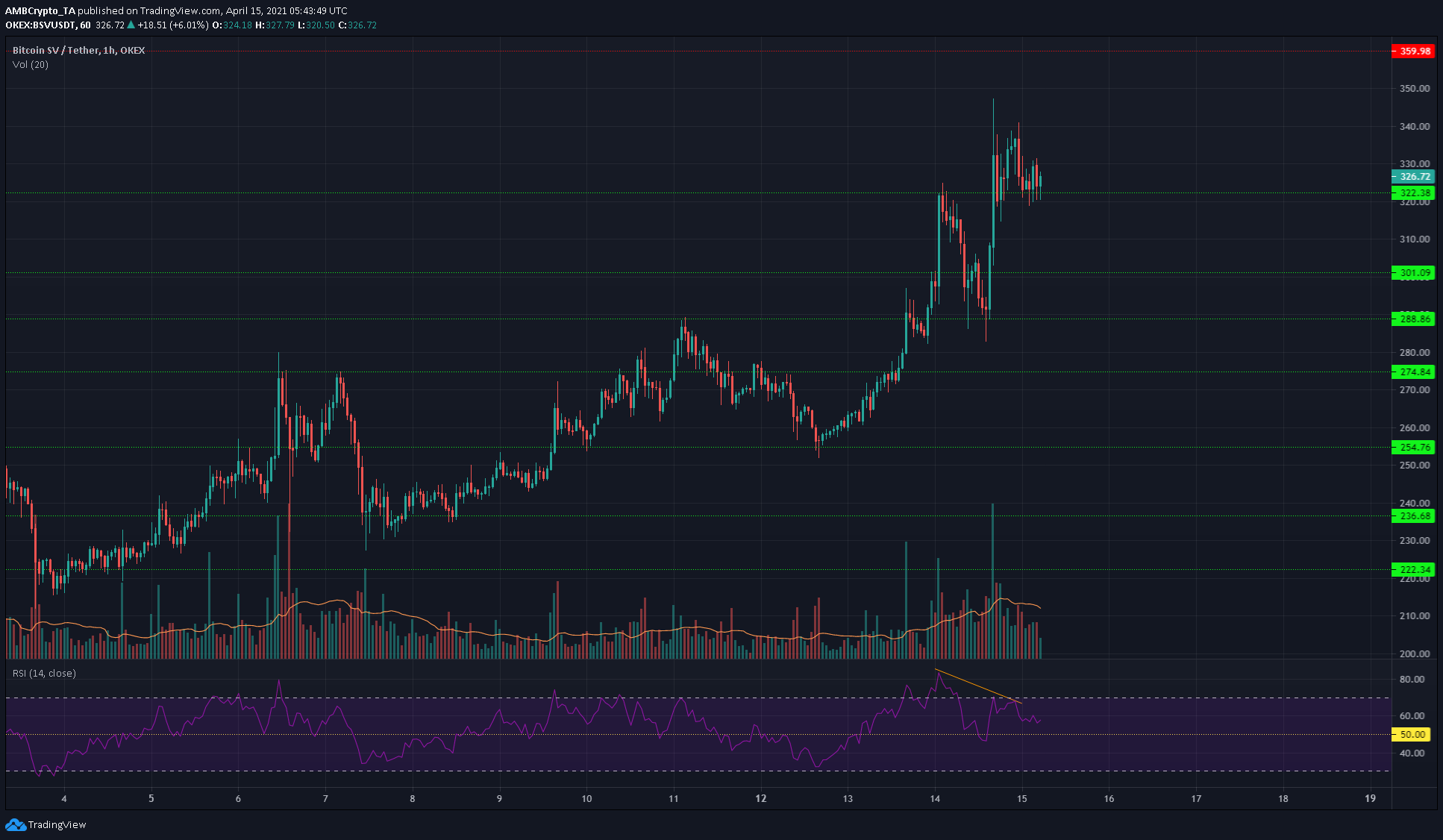 Bitcoin SV registered a bearish divergence between the price and momentum on the hourly chart and was forced to pull back from near $340 to $322. On the longer timeframe, BSV was overbought and would need some time to gather steam for its next leg upwards. However, it still has room to run towards $360, before a retracement.

The $300-$320 region would likely serve as demand if BSV enters a consolidation phase. 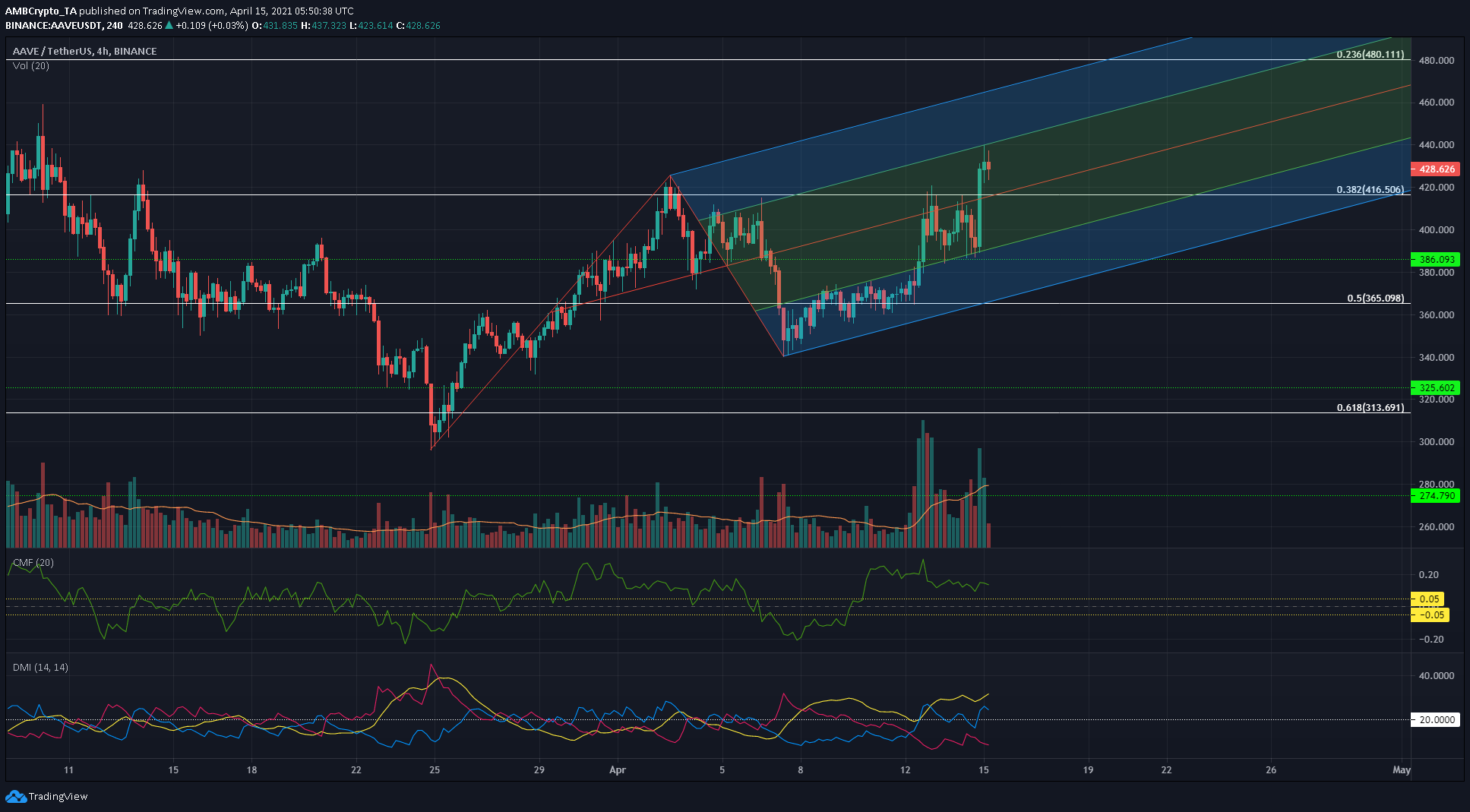 A modified Schiff pitchfork was used to create trend channels that AAVE was observed to respect in recent days. The past few hours saw AAVE shoot past the median line (red), and it could revisit it as support before a move further north. This makes the $425-$430 zone a buying opportunity in the hours to come.

The alt’s technical indicators painted a bullish picture as well. The CMF was above +0.05 to show net capital flows into the market, while the DMI pictured a strong uptrend in progress as both the ADX (yellow) and the +DI (blue) lines were moving above 20. 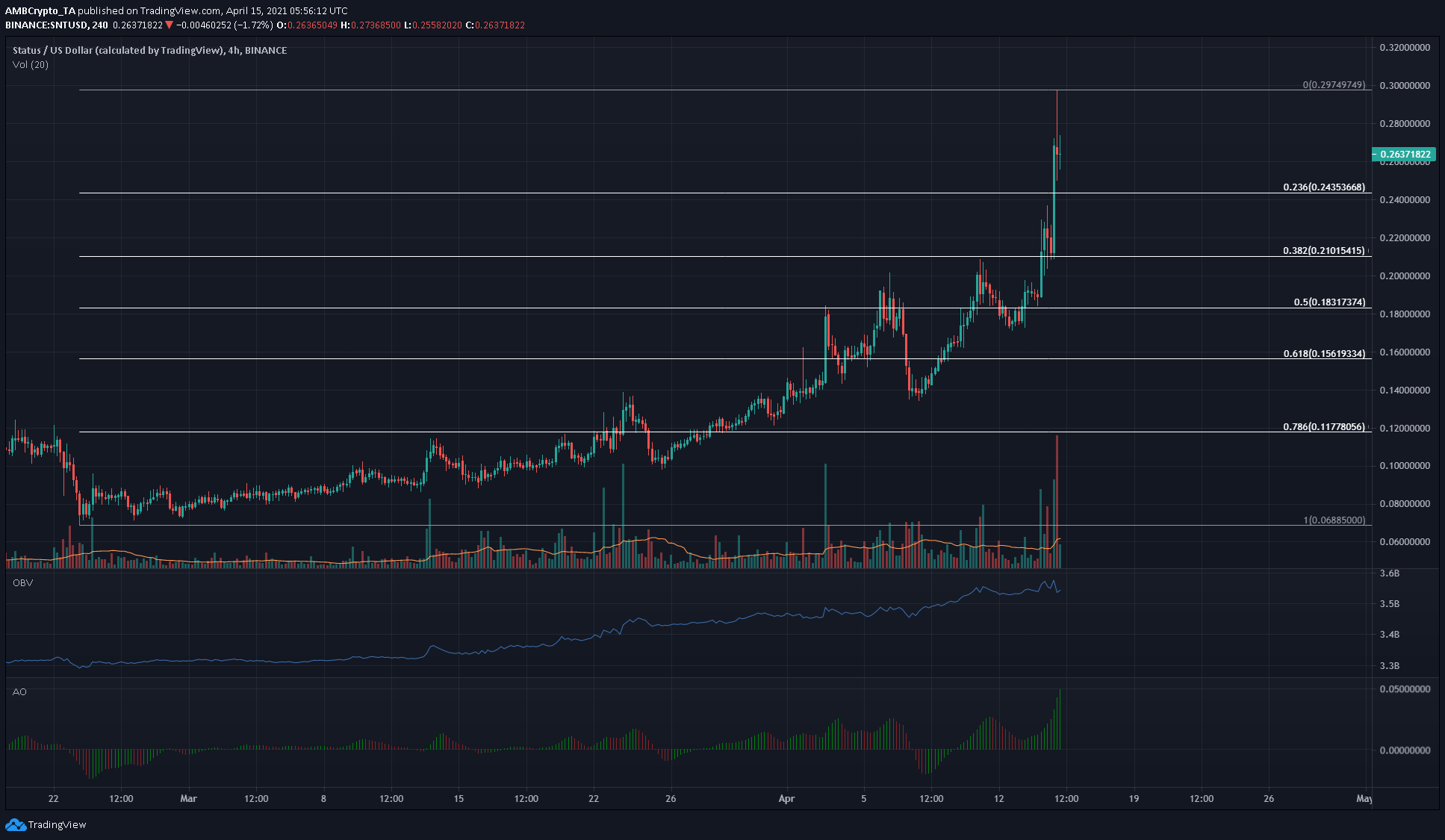 Status Network went parabolic over the past two months. It was yet unclear whether the past three days were the blow-off top for SNT. A rapid, steep rise in price from $0.183 to $0.297 occurred backed by strong trading volume and was followed by a session close at $0.263 with greater trading volume.

Levels of significance are plotted using the Fibonacci retracement tool, and the price can be expected to find support at $0.243 and $0.21. Another leg north backed by even greater volume would show that SNT bulls had fuel left in their tanks.

The OBV was on an uptrend and the Awesome Oscillator showed that extremely strong bullish sentiment was behind SNT recently.

Why did Ripple’s CTO cash out his Bitcoin holdings?

Ethereum: What to expect when Berlin upgrade hits network?