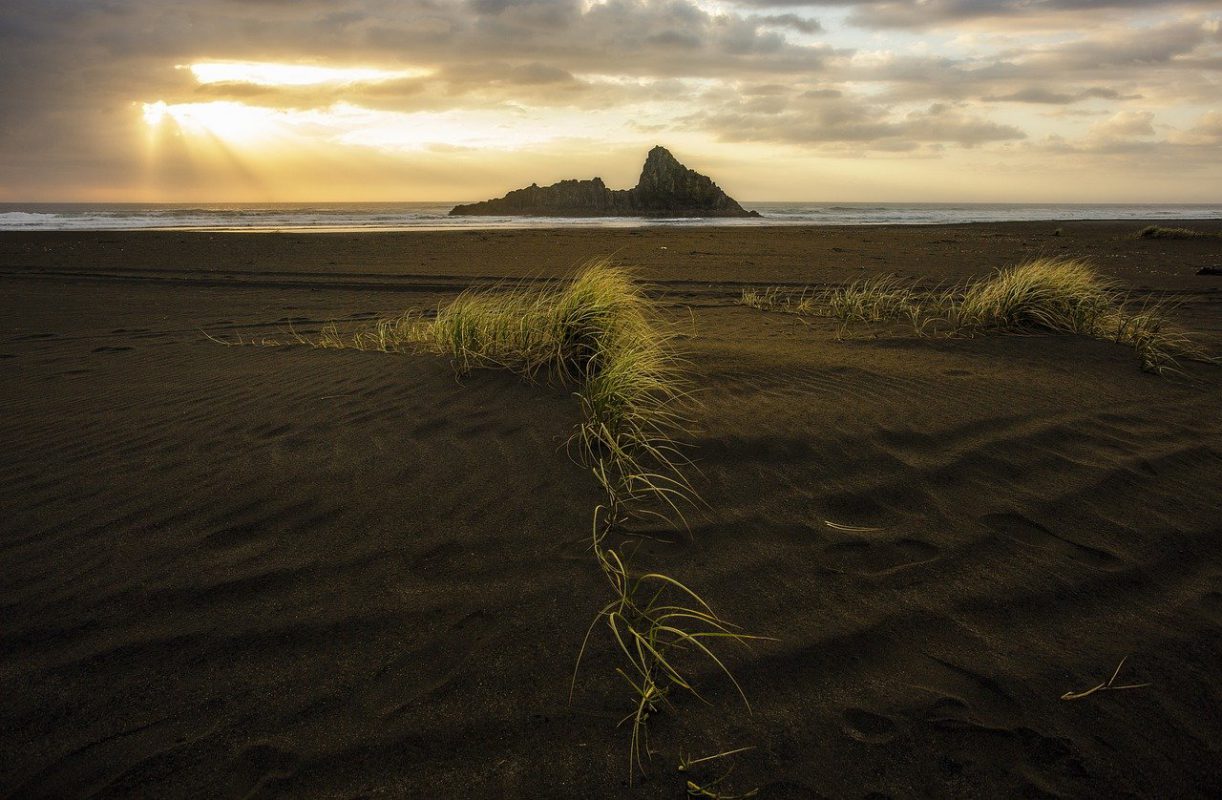 Bitcoin SV formed a bullish pattern on the charts and appeared likely to see a bullish breakout. Basic Attention Token flipped the $0.5-level from resistance to support. Finally, Maker hinted at a northbound move towards $2,400. 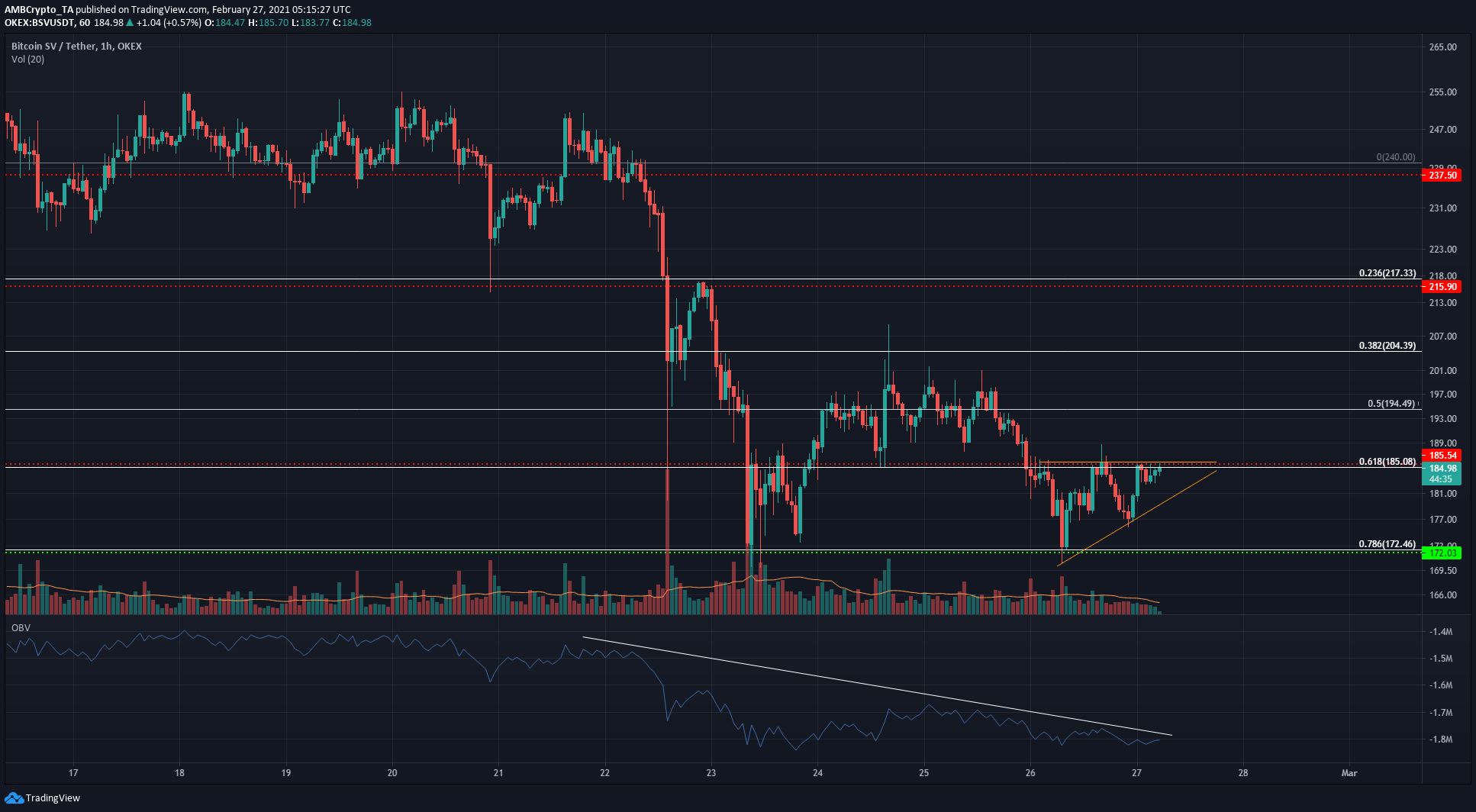 Bitcoin SV was observed to have dropped by 25% from $249 to $185, at the time of writing. Over the past couple of days, BSV retested the $185-level as support twice, while forming a higher low in the process as well – an ascending triangle pattern.

This is a pattern that generally sees a bullish breakout. Before such a breakout, trading volume is expected to be minimal, with the past few hours indeed recording low trading volume.

A move above the $185-level and flipping it to support will be a sign of further upside for BSV. The OBV, which has been on a steady downtrend, would need to see a spike upwards to break the trend and show that buyers have stepped in. 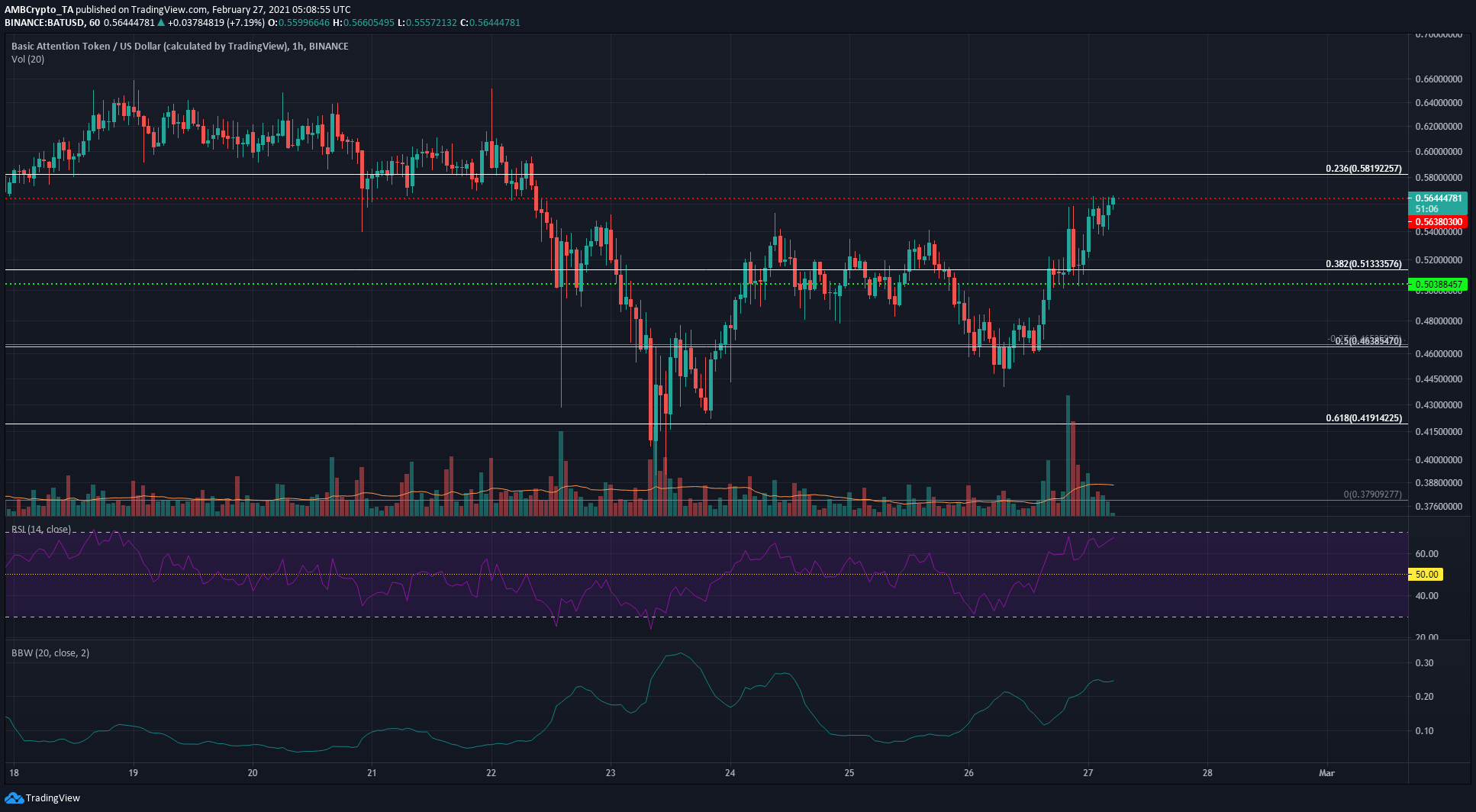 BAT recovered well on the charts after plunging to $0.42 recently. The said recovery has seen buyers step in with conviction, especially in the last 24 hours, as trading volume soared after BAT flipped the $0.5-level from resistance to support.

This is a bullish development for BAT, and the RSI was at 66 and climbing to show bullish momentum, at press time. The Bollinger Bands Width Indicator had been slightly flat when, a couple of days ago, BAT’s bulls tried and failed to conquer the $0.5-level. On its most recent attempt, the BB width indicator also rose strongly to indicate a strong momentum move. 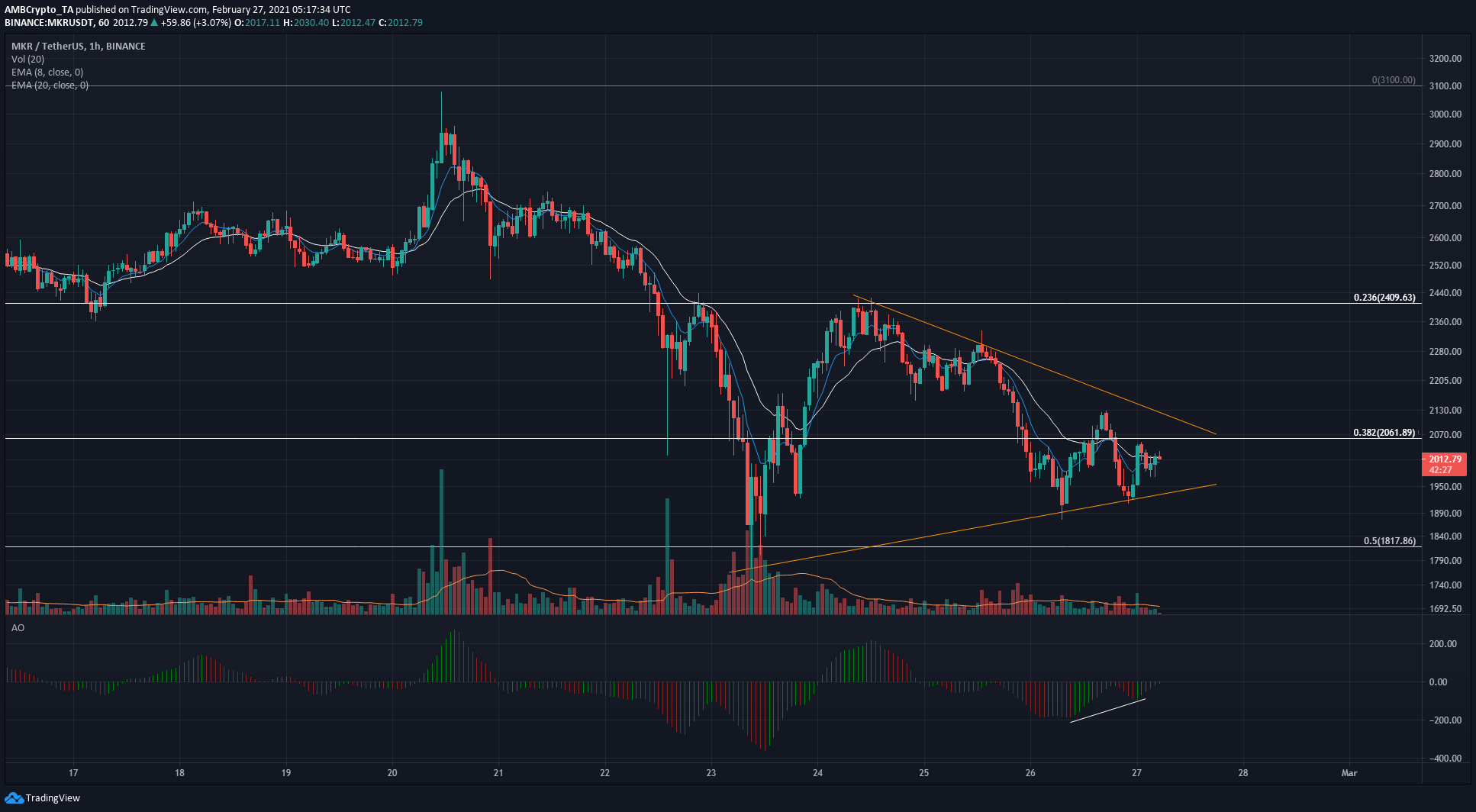 Maker was on a downtrend, but it could be broken over the next few hours. The price formed a symmetrical triangle pattern – a continuation pattern, and trading volume also fell to show that market participants were waiting for MKR’s next move.

While a breakout to either direction seemed possible, the Awesome Oscillator formed a bullish twin peak set up, a buy signal on the hourly chart. A move above the 38.2% retracement level at $2,061 on high trading volume will be confirmation of a move to $2,400 for MKR.