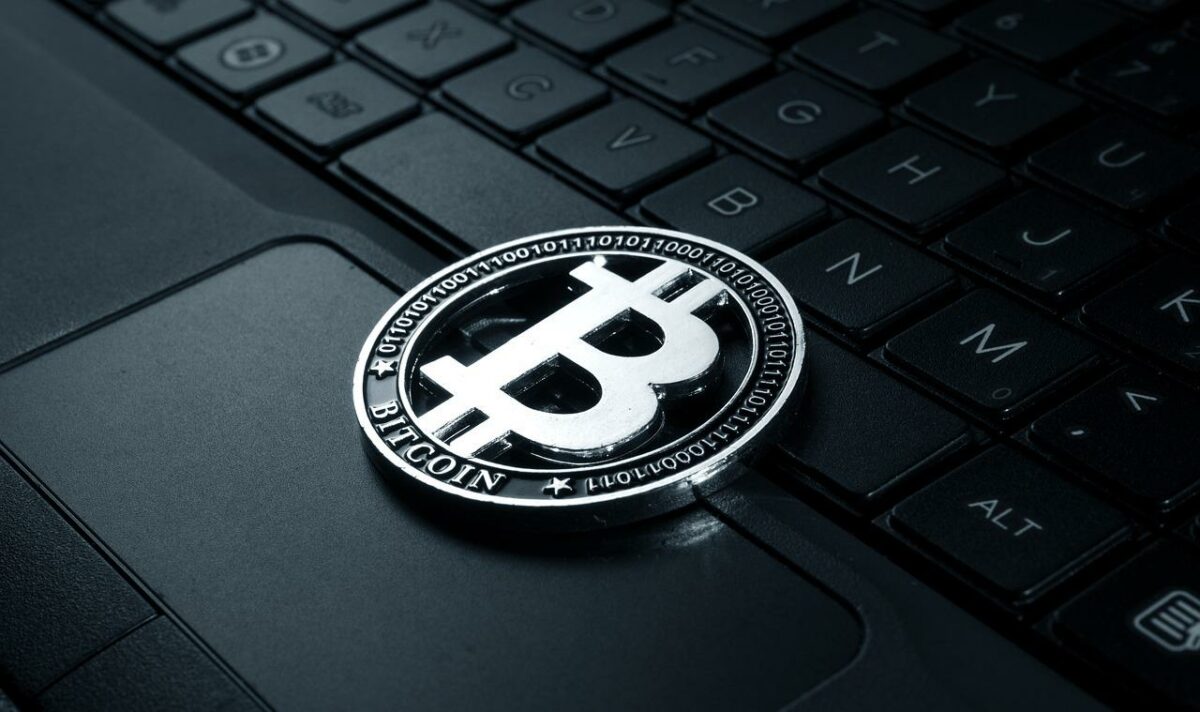 Bitcoin [BTC] has managed to show some optimism among traders in the recent days. The king crypto is on track to record its largest weekly gain in the last nine weeks. This news comes after BTC’s worst quarterly performance that ended in June. Key metrics are further nudging Bitcoin in the right direction after stabilizing around $21,550.

Bitcoin is again at the center of attention in the crypto community. But this time, it is only for the right reasons as the master cryptocurrency stages a comeback early into July. BTC, at press time, was trading at just above $21,550 as per CoinMarketCap. It was looking to hold its fort down around this zone despite a relative dip of 1.2% in the last 24 hours. Nonetheless, BTC has been able to shoot up to 12.2% over the past week.

One major reason for the bull activity is the accumulation by Bitcoin sharks (holdings between 10 BTC- 100 BTC). As Santiment observed, the sharks have revamped their accumulation over a five-week trend. During this period, the BTC value dropped by 27% during which the sharks added 52k BTC to their ranks. Their holdings now stand at 4.29 BTC in lieu of the latest trends. 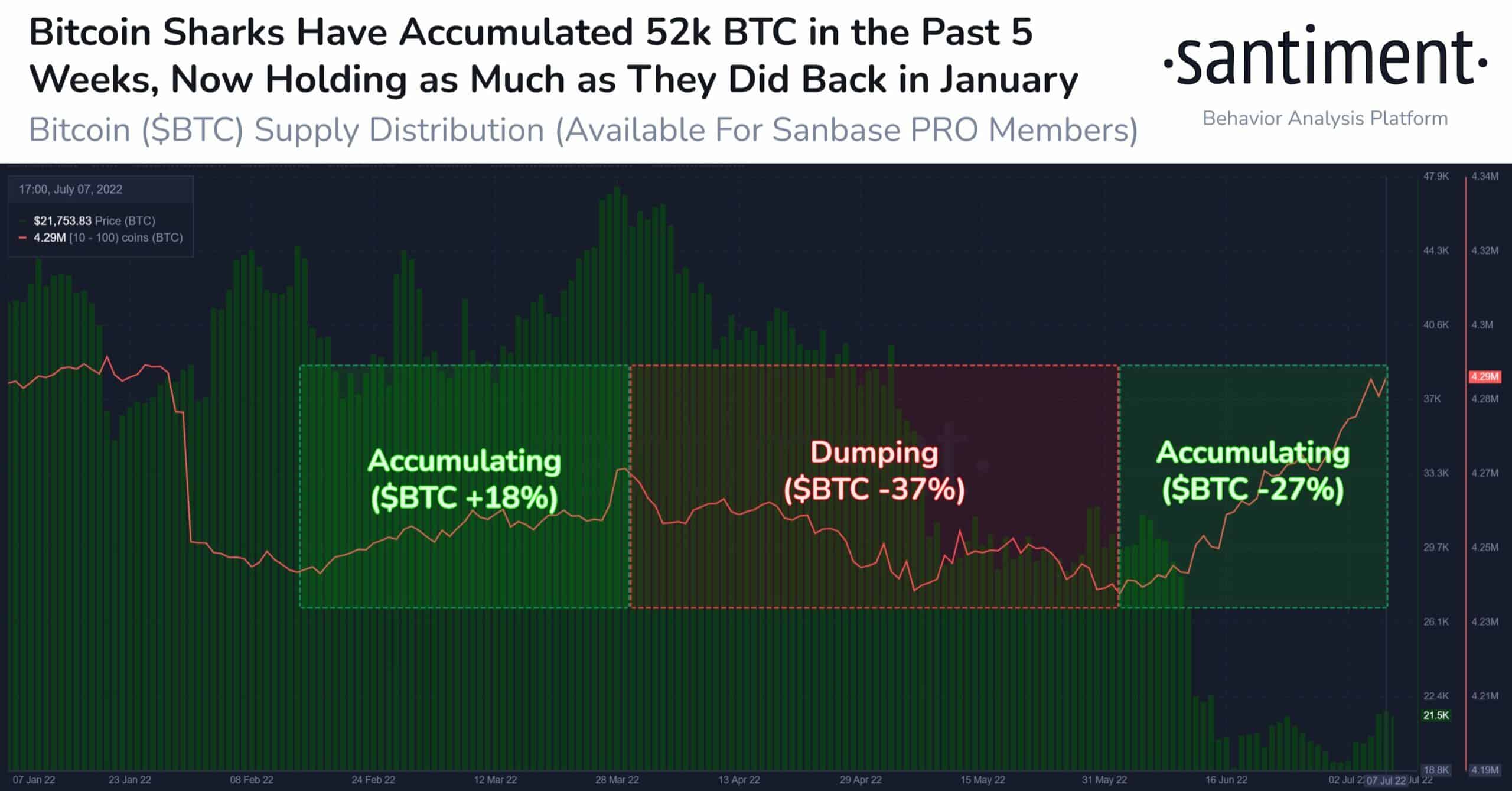 The Bitcoin Fear and Greed Index is also running at a two-month high after shooting up to 20. This is another bullish indicator for Bitcoin.

In another Santiment tweet, it was found that traders’ attempt to short BTC failed spectacularly. The tweet reads out, “Average exchange funding rates suddenly dropped off a cliff nine hours ago, and short liquidations were plentiful.” The prices rebounded to $21,800 but later stabilized to current levels. This is another key factor signaling the strength of the network. 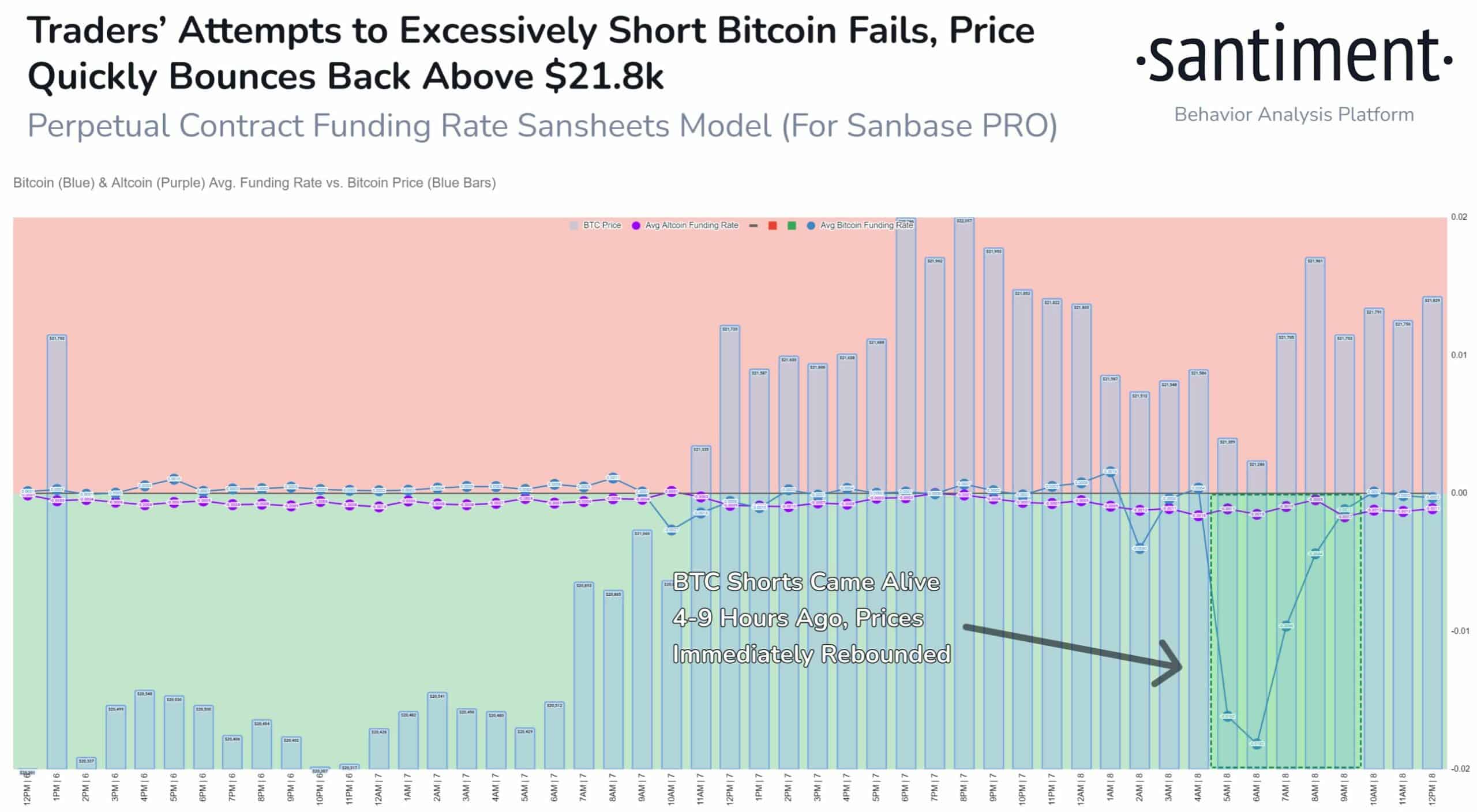 It is not common for Bitcoin to be bullish without whale activity but it becoming a full-fledged trend as per latest data. The recent surge to $22,527 on 6 July was down to positive sentiment on the market without the blessing of the whales. This also acts as a strong indication for a recovering Bitcoin. Additionally, MicroStrategy CEO, Michael Saylor commented on the recent surge in the king coin in a recent tweet.

On August 11, 2020, @MicroStrategy embarked on its #Bitcoin Strategy, acquiring 21,454 bitcoins at an aggregate purchase price of $250 million.

Avalanche [AVAX]: How investors can make the most out of this pattern’s break

Litecoin [LTC] bulls defend $50 with their lives, but were their efforts in vain?