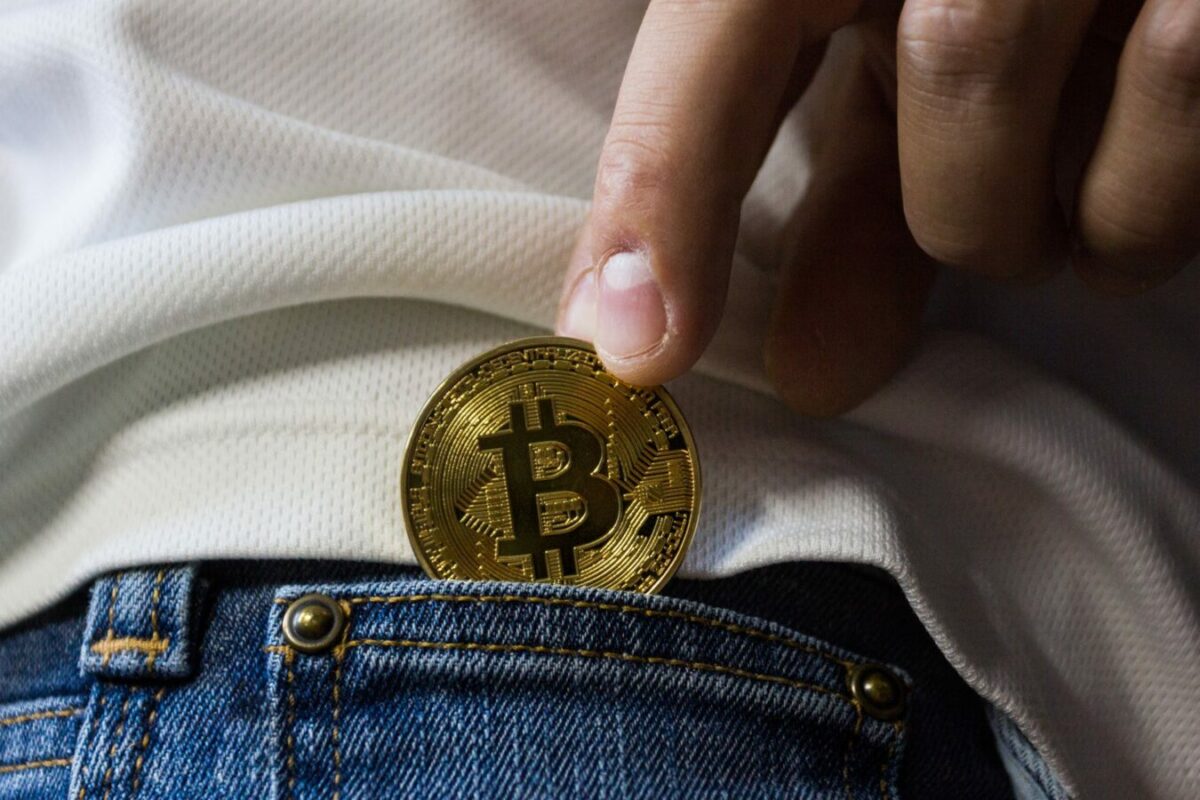 In an uncertain future where Bitcoin’s price might dangle close to its lows, it becomes difficult to imagine anyone profiting. Miners, however, have managed to make profits even when investors did not seem to be making surmounting gains. This was possible thanks to On-chain metrics changing their movements to create historic moments. But, does this mean that miners are ready to sell and create opportunities for profit in the market?

The Great Migration created a dent in the BTC mining sector as the hashing rate went down. This led to a ton of miners being forced to shut down their operations. Chinese miners are yet to relocate fully, but other miners took the heat. This resulted in the still-standing miners benefitting from their loss.

Back when Bitcoin was at its peak in April, trading at $50-$60k, the daily aggregate revenue for miners was approximately $50 million to $60 million. However, since about 40%-50 % of their competition got knocked out short-term, daily revenues have come down $25-$30 million. 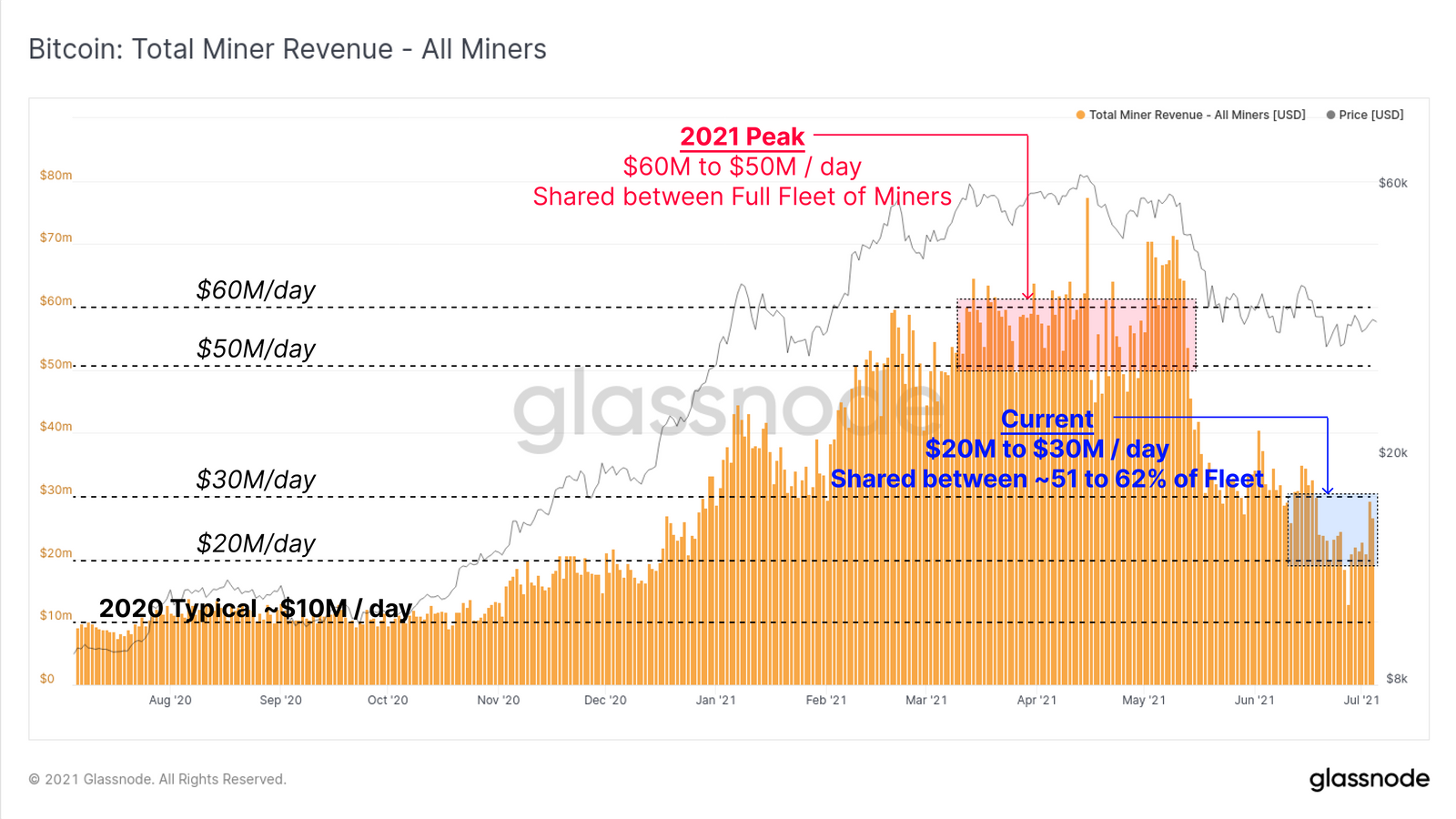 How this benefits miners is that at the moment, following the latest difficulty adjustment, operational miners are making twice as much profit as they did earlier since Bitcoin continues to be mined at the same rate.

Even so, miner spending seems to be heading down. The miner Outflow Multiple tracks the rate of miner spending relative to their yearly average. Historically, miners follow a cycle of HODLing in bear markets (accumulation), increased distribution in bull markets (high selling), and then declining distribution as the market tops (slower selling). 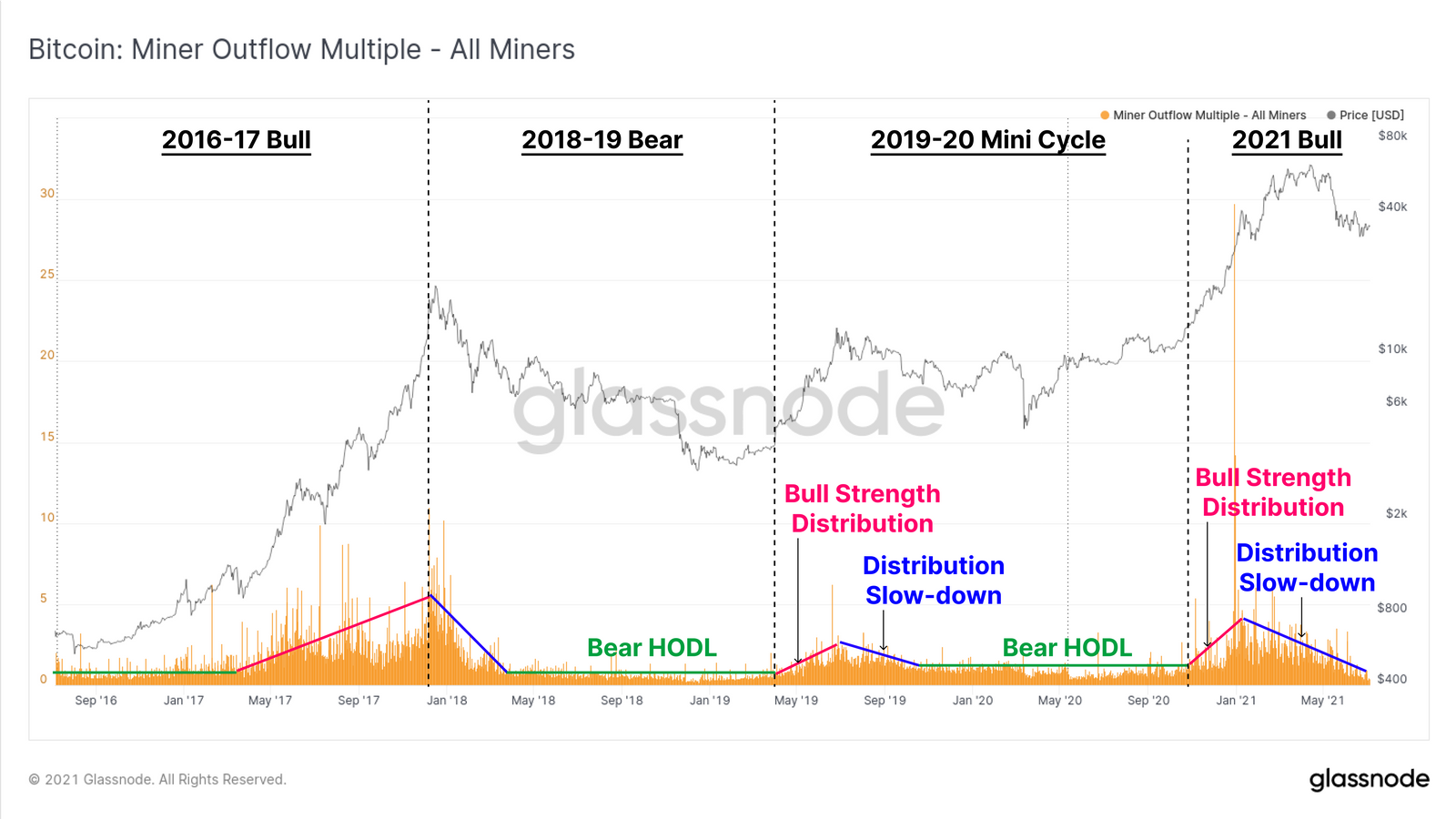 For all of Bitcoin’s history, miners have always spent more coins than they have accumulated. This means that in comparison to the yearly moving average, Miner Unspent Supply has always moved under it. Until now.

Since 2020, this gap has not only flattened out but the metric indicator line is now above the yearly moving average. Reasons such as the macro monetary landscape, superior financing options, and reduced ASIC miner productions resulting in lesser new competitions are a few of the possible factors behind such unexpected accumulation by miners. 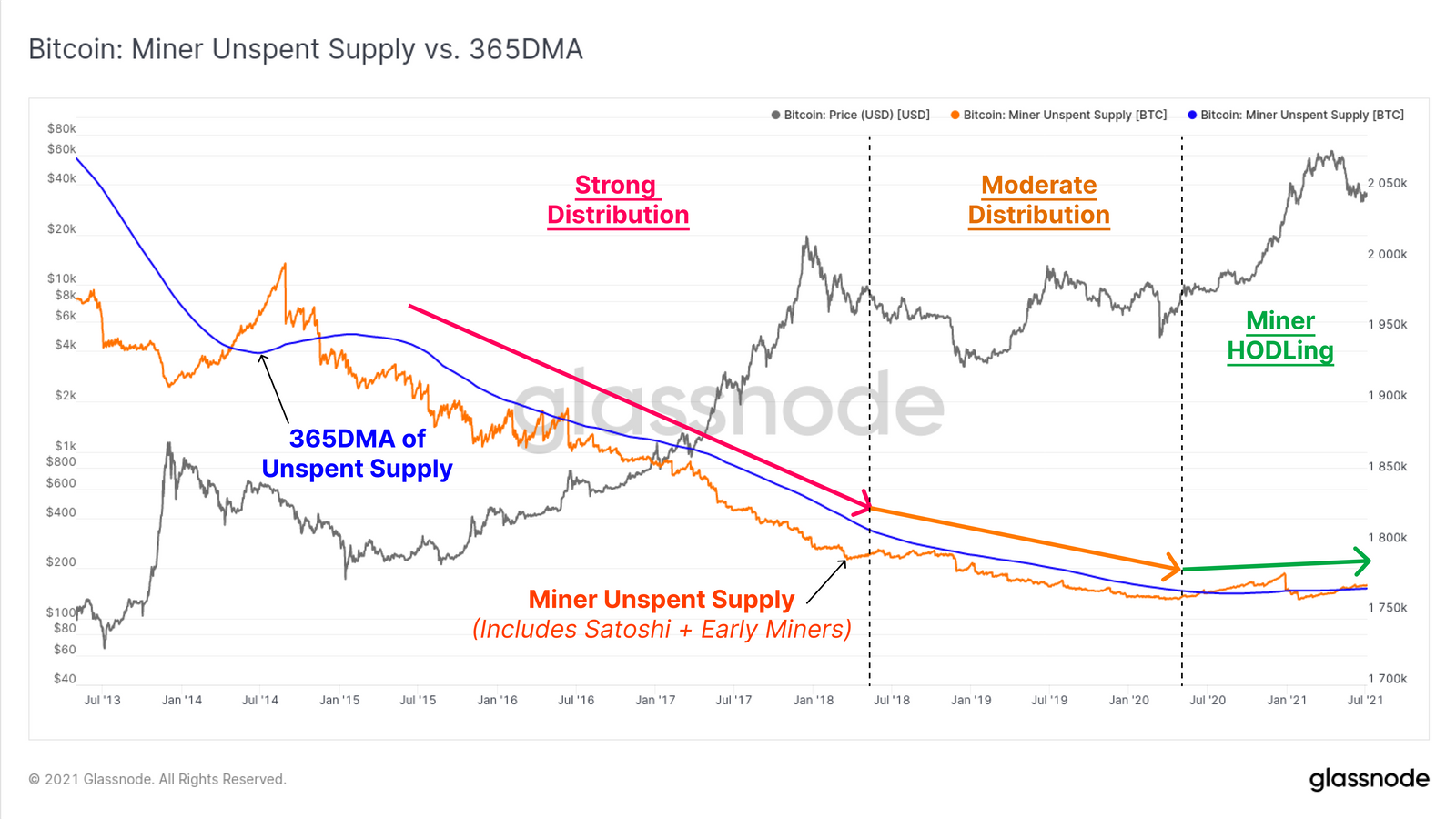 The right time to buy BTC?

Finally, the rising demand for Bitcoin and miner capitulation resulted in the Puell Multiple falling into the undervalued zone. Since this is only the fifth time in history this is happening, it makes it as rare an event as the Difficulty Ribbon inversion. Furthermore, the issuance rate of Bitcoin recently fell to an all-time low of 0.71%. This placed the stock-to-flow ratio at 140.

At that moment, Bitcoin is technically 2.37 times scarcer than Gold. 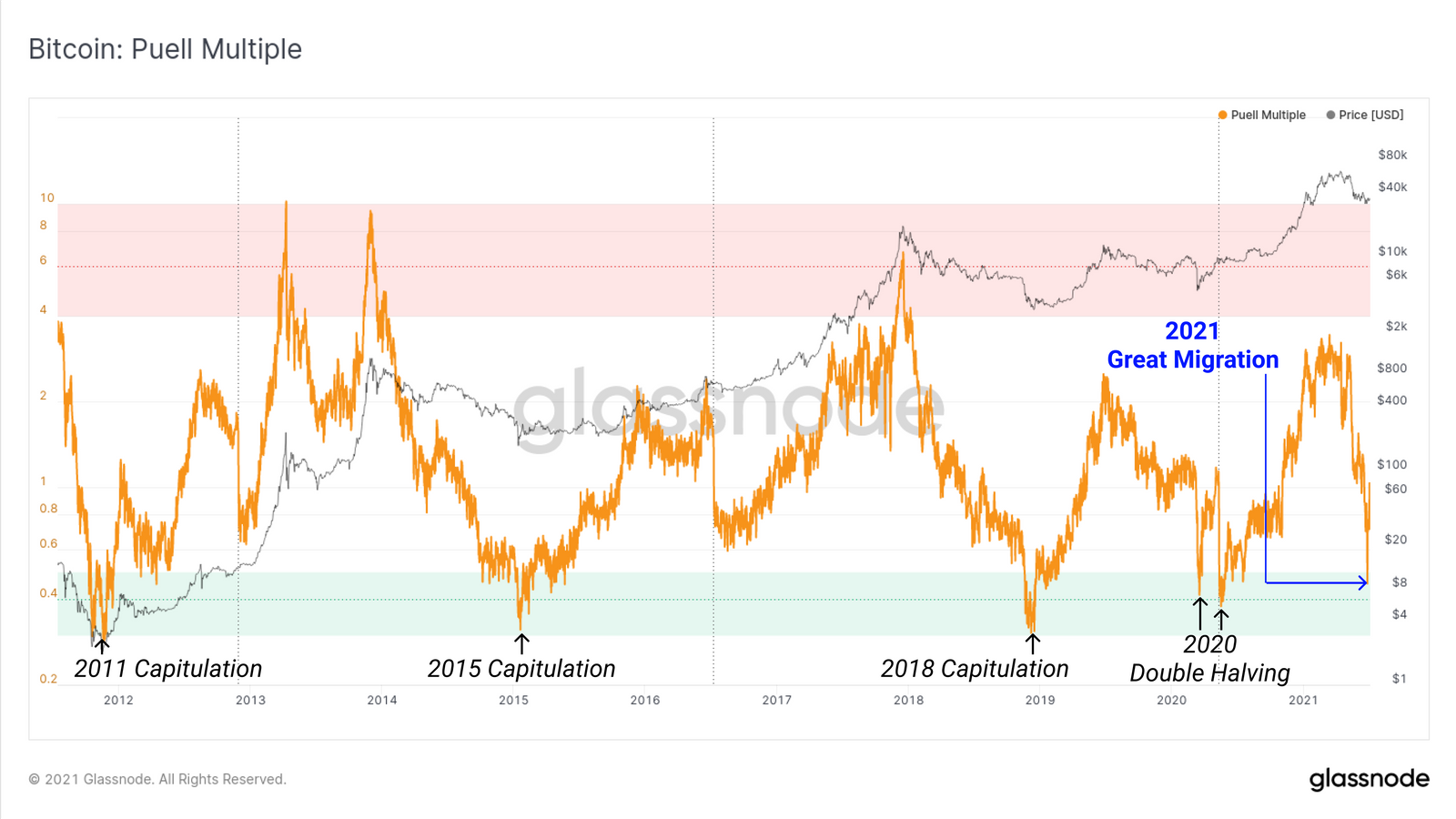 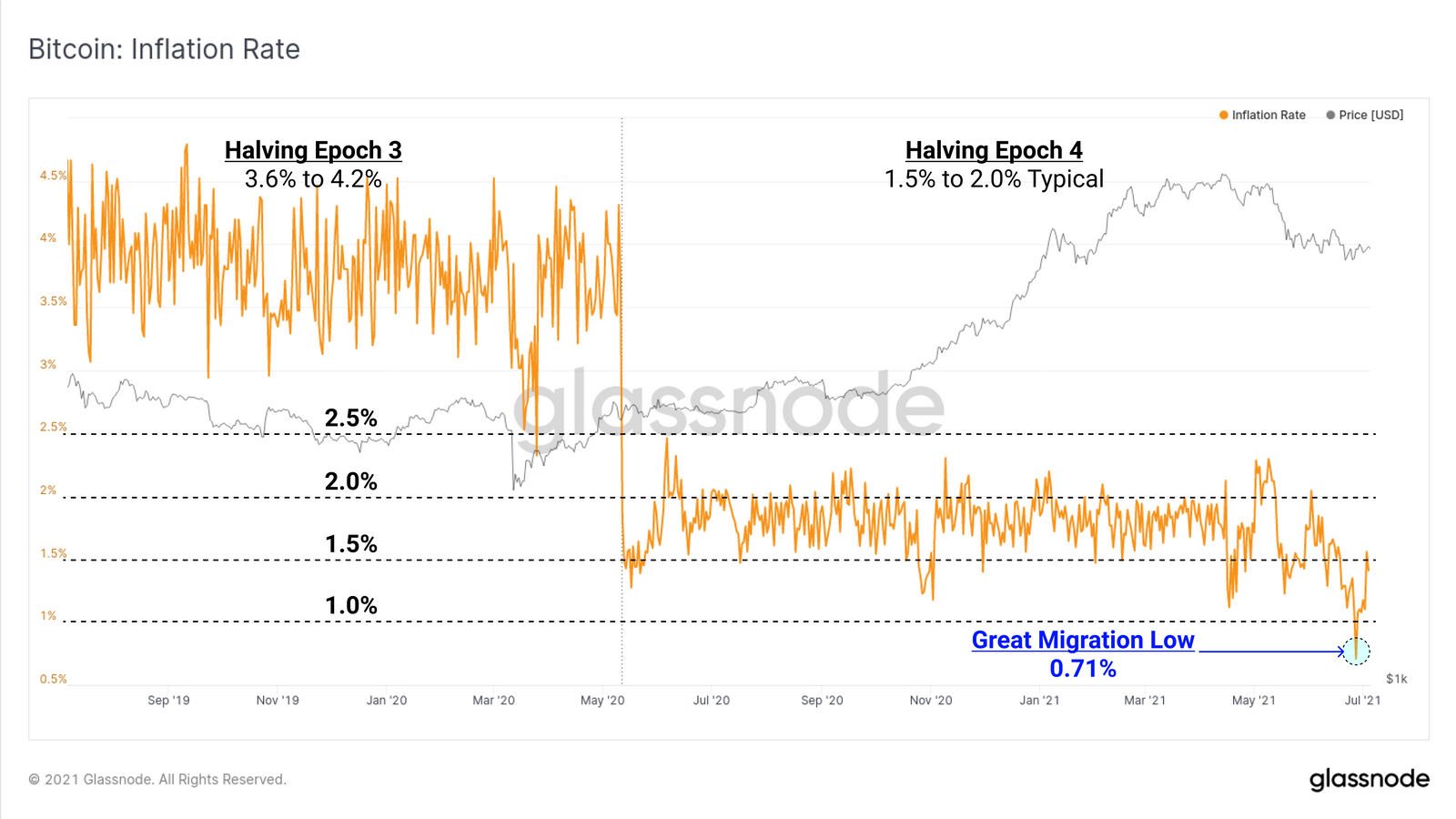 Even though retail investors have been selling for a while, this is a good sign for them to start accumulating BTC just as the miners are right now.