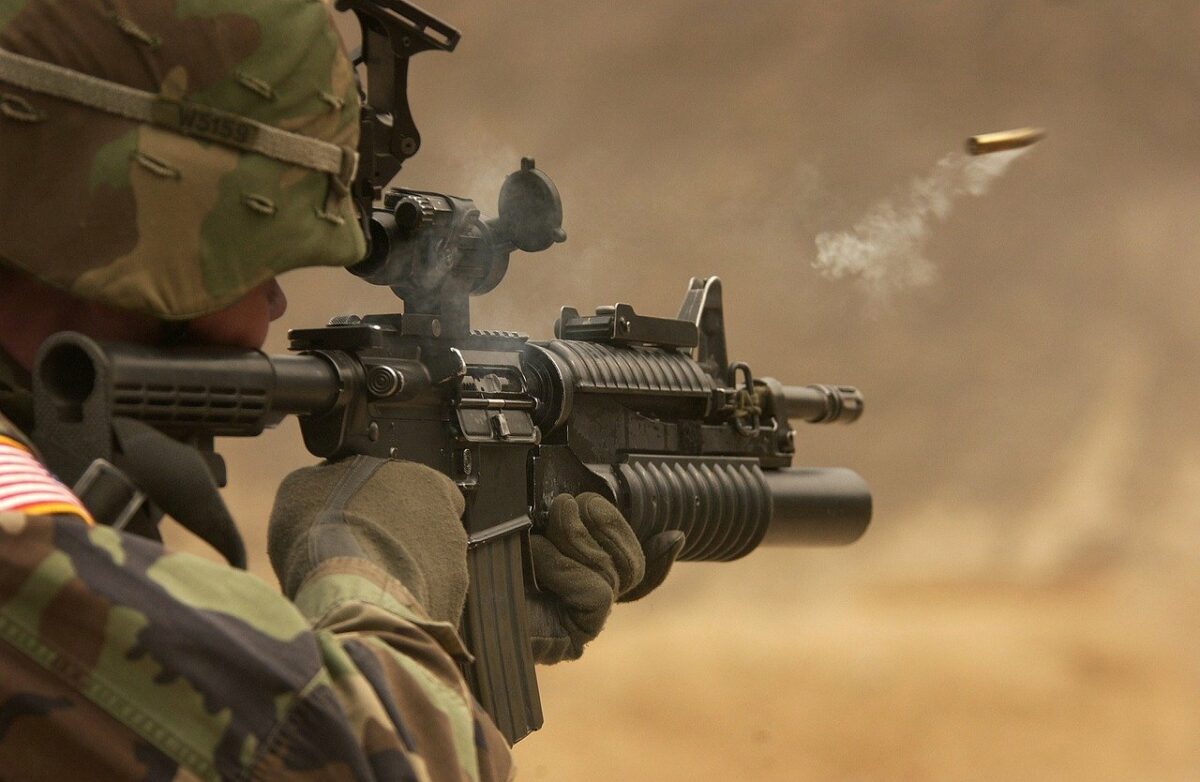 As cryptocurrencies have gone mainstream, macro-economic trends around the globe have begun to take greater precedence over price action. This has most recently been showcased by the market “resurgence” owing to border tensions between Russia and Ukraine.

Now, while a thaw might soon be taking shape, Bitcoin has nevertheless lost around 7% of its valuation in the past week alone. This has led many to suspect that these geopolitical issues will continue to put downside pressure on the market.

More evidence of this trend can be found in the social dominance of War, Russia and Ukraine-related mentions on social media, and BTC’s corresponding price action, according to Santiment.

The crypto-analytics platform noted in a blog post that the contradictory news about the possibility of a Russian invasion of Ukraine has created “pretty fearful, uncertain times.” Consequently, investors are pulling out with the sliding price.

In fact, Bitcoin’s selling pressure has continued to mount over the week. The king coin lost an important support at $40,000 after hitting a low of $38,000 on 20 February. Subsequently, whales have also begun to dump their holdings, possibly hoping for lower lows to buy back more.

$BTC $ETH Selling pressure by whales has increased. Nearly 60% of all Bitcoin and Ethereum whales have been selling in the last 7 hours. ️ pic.twitter.com/Pr0e6jlKs0

Moreover, the number of addresses on the network holding between 100 and 100,000 BTCs has remained flat over the past month.

This further confirms that wealthy HODLers are not interested in buying at the current price while hoping for further downside movement, according to data by Glassnode.

In fact, in a recent research note, a senior market analyst at Oanda confirmed the same. He stated,

“Bitcoin is the ultimate risky asset, and a Ukraine invasion would keep crypto selling pressure going another 10-15% over the short-term.”

He further added that the Fed’s intended tightening of monetary policy could also harm Bitcoin’s long-term growth aspects. And, “institutional investors might scale down their bets” as a result. Curiously, investors have begun to price in at least six interest rate hikes this year. This has also contributed to the downside momentum being faced by both equity and crypto-markets.

Subsequently, faith within market participants has also taken a hit due to these pressures. The Bitcoin Fear and Greed Index hopped over to the ‘extremely fearful’ side at press time, after a brief stint of greed earlier this month.

Mapping XRP’s probable road to $1 in the near term

Post Bitcoin’s latest ‘culling’, here’s what should precede a move to $42,000