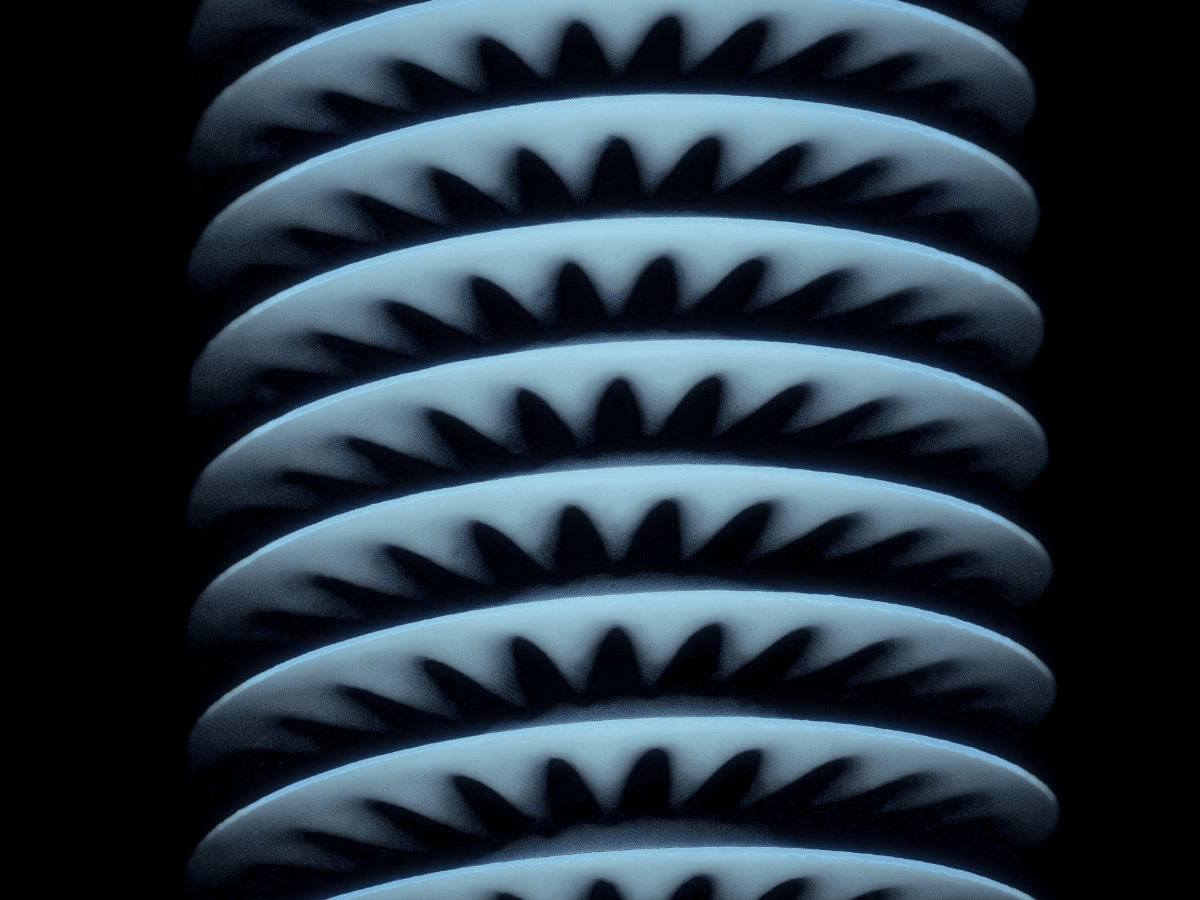 Bitcoin [BTC] has had an affinity with monetary policy since the advent of the new market cycle, according to Quantum Economics expert and on-chain analyst Jan Wüstenfeld. In his 4 December CryptoQuant publication, Wüstenfeld opined that BTC’s negative sentiment, accompanied by declining economic prospects, was no random occurrence.

According to him, BTC and the traditional market were not aligned before the current bear market. However, the fact more institutions were now involved with the coin meant that it was inevitable to escape the correlation. At the same time, the federal funds rate hike also played its part. 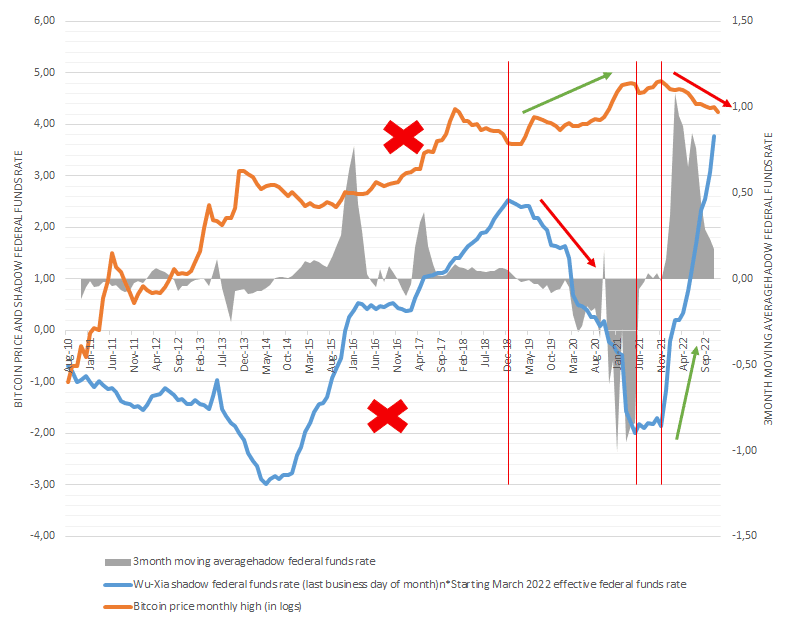 It’s no more in retail control

The analyst also opined that the market was subsequently liberated from sole retail investors’ control. While justifying his viewpoint, Wüstenfeld said,

“We have seen more widespread adoption of Bitcoin over the last years. Futures markets being introduced, institutional interest rising etc. So naturally, Bitcoin has become more connected to the traditional financial markets and is not only driven by retail investing anymore.”

Of course, Bitcoin had correlated with the stock market at some point. In fact, the king coin had, in some cases, reacted to the US inflation reports as well. However, the analyst’s projection was rooted in a long-term connection.

Despite the faith that Bitcoin would remain relevant for long, on-chain data showed that the current bias was negative. According to Santiment, the positive sentiment outweighed the negative, at 923 and 643, respectively.

However, the chart showed that negative sentiment was on the increase, while positive sentiment declined. Hence, there was a chance that short-term bullish expectations differed from the day’s order.

In addition, investors’ recent action was less likely to trigger a significant reaction from BTC. This was due to the condition of the exchange data in the now-ended week.

According to Glassnode, there was a close call between exchange inflow and outflow. The on-chain monitoring platform reported the outflow to be $3.3 billion, while the inflow was $3.2 billion.

With a relatively minimal difference, it meant that Bitcoin did not experience massive selling pressure. Similarly, buying momentum did not substantially outpace trade-offs. So, it’s no surprise that the king coin only recorded a 1.77% increase in the last 24 hours.

Bitcoin is here for a long time

On further outlook, Glassnode’s data showed that a good percentage of long-term holders were still in profit. This was due to the revelations made by the Unspent Transaction Outputs (UTXO). At press time, the UTXOs percentage in profit was 69.94%. Nevertheless, it did not nullify that more recent investors had their assets plunge in value. 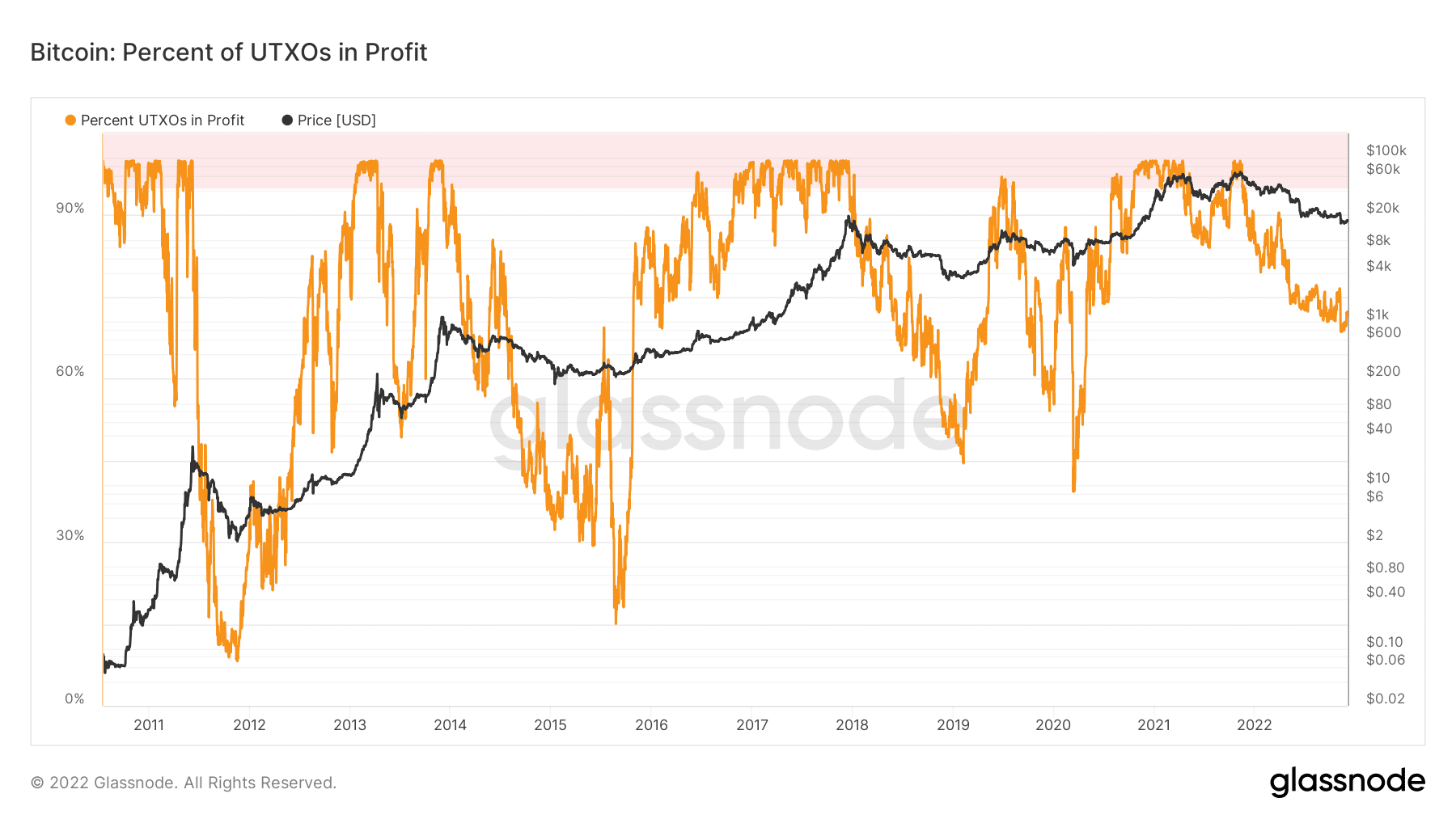