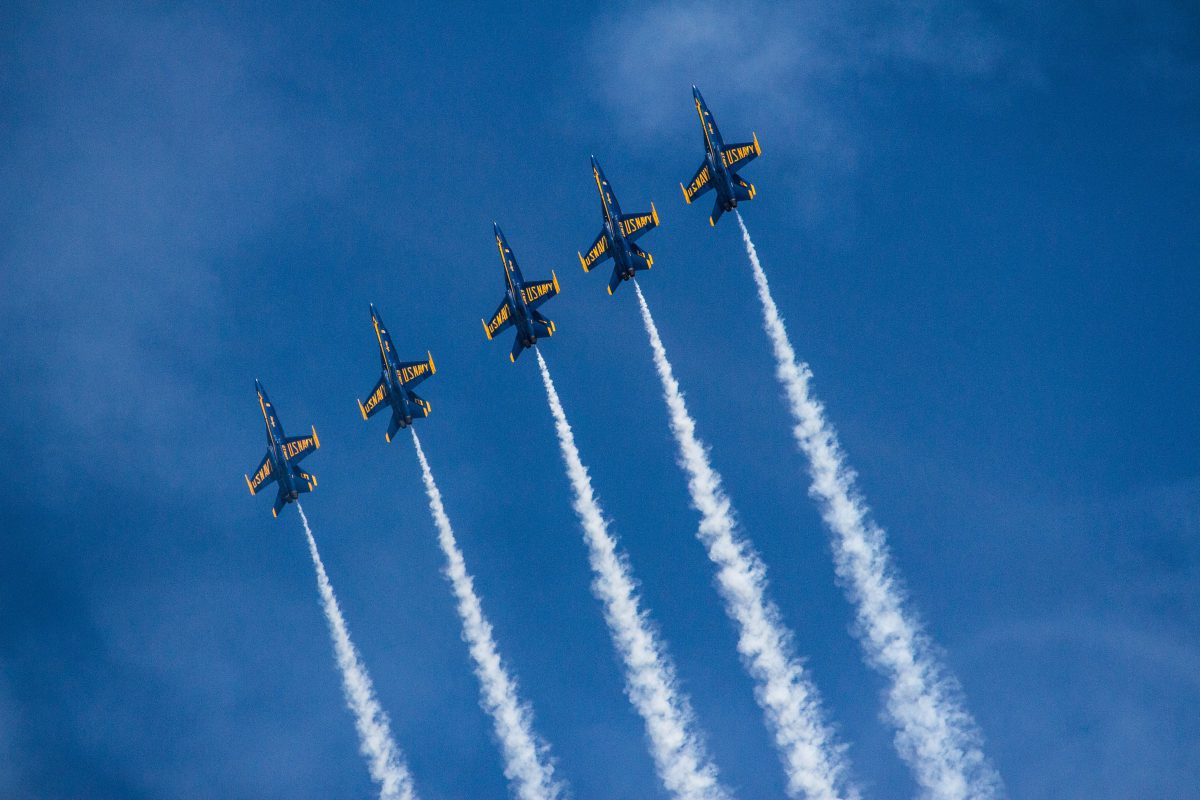 Bitcoin’s growth story this season has been fueled by low Bitcoin supply on exchanges and high stablecoin supply. Historically, these two factors have been a recipe for a price rally. With Bitcoin’s exchange-traded volume up and dominance gradually resuming older highs, the altcoin craze is also on its way.

Consider this – At the time of writing, Bitcoin’s dominance was up from 60 percent to 61.4 percent. As for the market’s altcoins, double-digit growth for Polkadot, Cardano, XRP, BNB, LTC, and BCH, etc. has been the norm lately. Nearly all top metrics point to an extended price rally for Bitcoin. 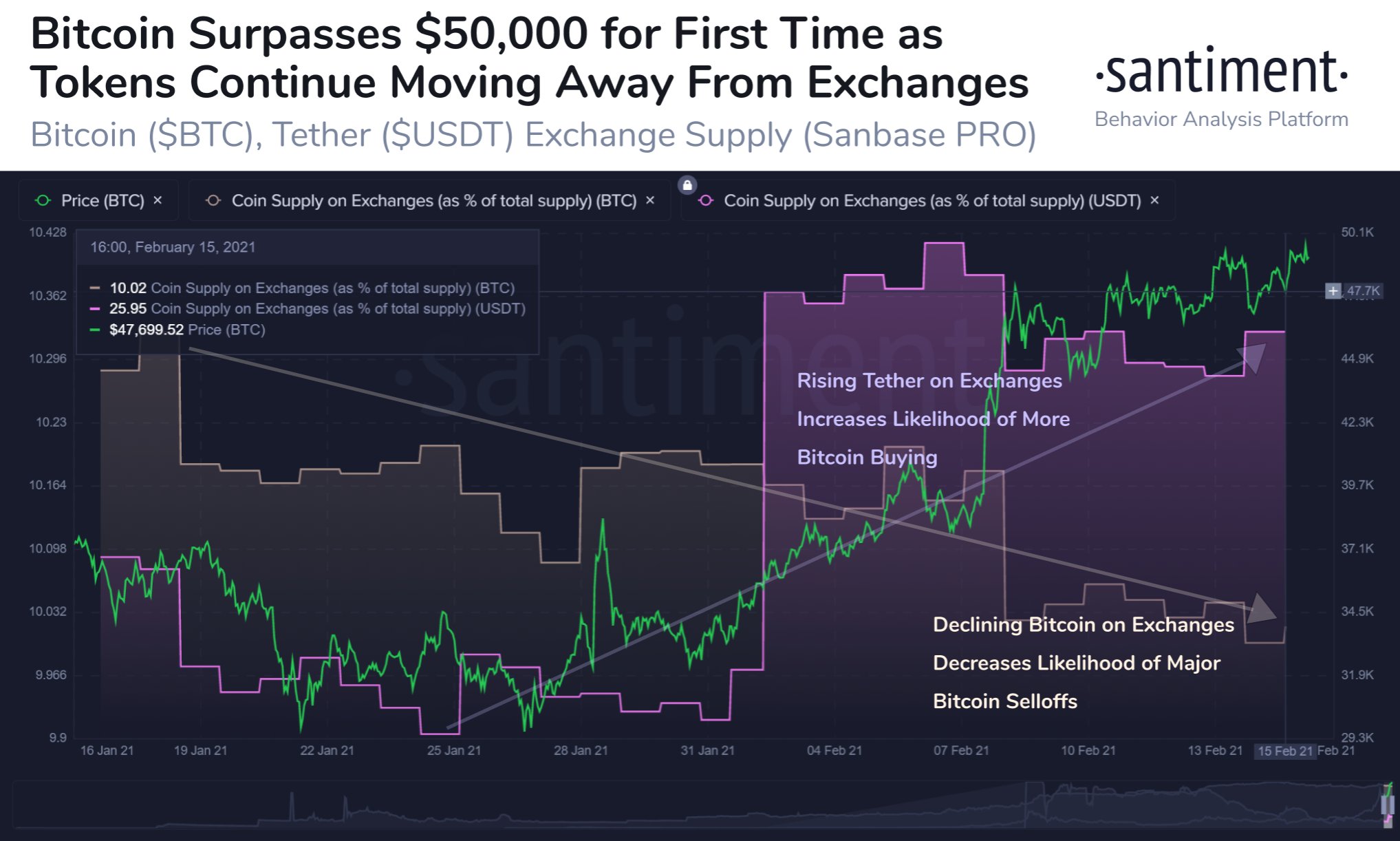 Apart from the metrics that point to Bitcoin’s bullish narrative, behind the scenes of the spot and derivatives exchanges, institutions and crypto-trusts are locking up huge volumes of Bitcoin and Ethereum. As of 16 February 2021, the Grayscale Bitcoin trust had effectively removed 650,000 Bitcoins from the circulating supply, bringing the liquid supply down to 14 million. 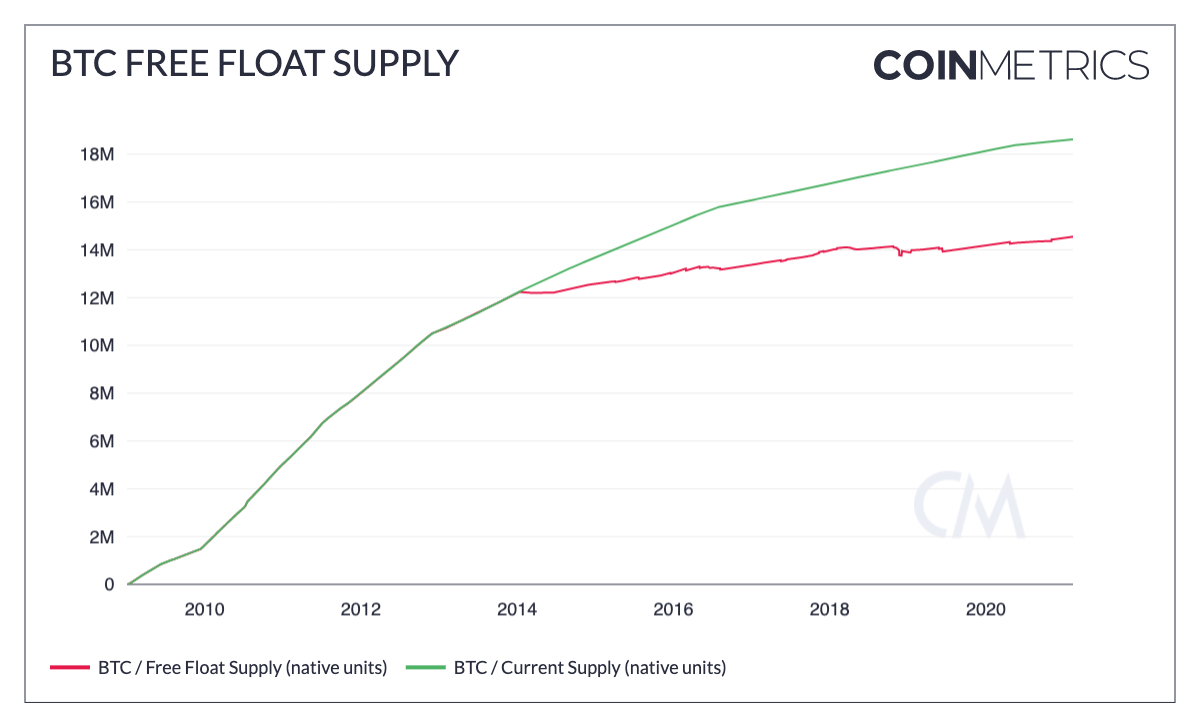 Based on data from CoinMetrics, Bitcoin’s free float supply is a little over 14 million, against the current supply of 18.6 million. Though Bitcoin’s actual or native supply is 18.6 Million, the free float is available for trading on exchanges and for institutions. Of the top institutions with Bitcoin trusts, Grayscale has over $31 billion worth of Bitcoin. Furthermore, a huge portion of Bitcoin’s supply is held dormant for the long-term.

Less than 45 percent of the total Bitcoin supply has moved on the network since 2020. Despite the price hitting new highs of $50,000 on top exchanges, over 55 percent of Bitcoin remains dormant. While the percentage of active supply 5Y – 7Y increased significantly over the past few weeks, the number still remains low at 45 percent.

It should also be noted that the supply active for less than 1Y – 2Y dropped over the past three weeks, based on data from Glassnode alerts, with the same fueling the bullish narrative supporting the price rally.

Apart from the trust’s activity and dormant Bitcoin, CME Futures have offered institutional investors exposure to Bitcoin derivatives and this has opened up new avenues for institutional clients. They can opt for depositing BTC into the Grayscale Bitcoin trust and at the same time, short Bitcoin on CME. This would offer them free Bitcoin, basically the premium from Grayscale.

This may be one of the top reasons why Grayscale continues to attract institutional clients, as long as the premium remains relatively high. As exchange-traded volumes climb up on both spot exchanges and CME, the likelihood of an extended price rally increases in the current market cycle.

Ahead of Coinbase public listing, company valued at $77 billion