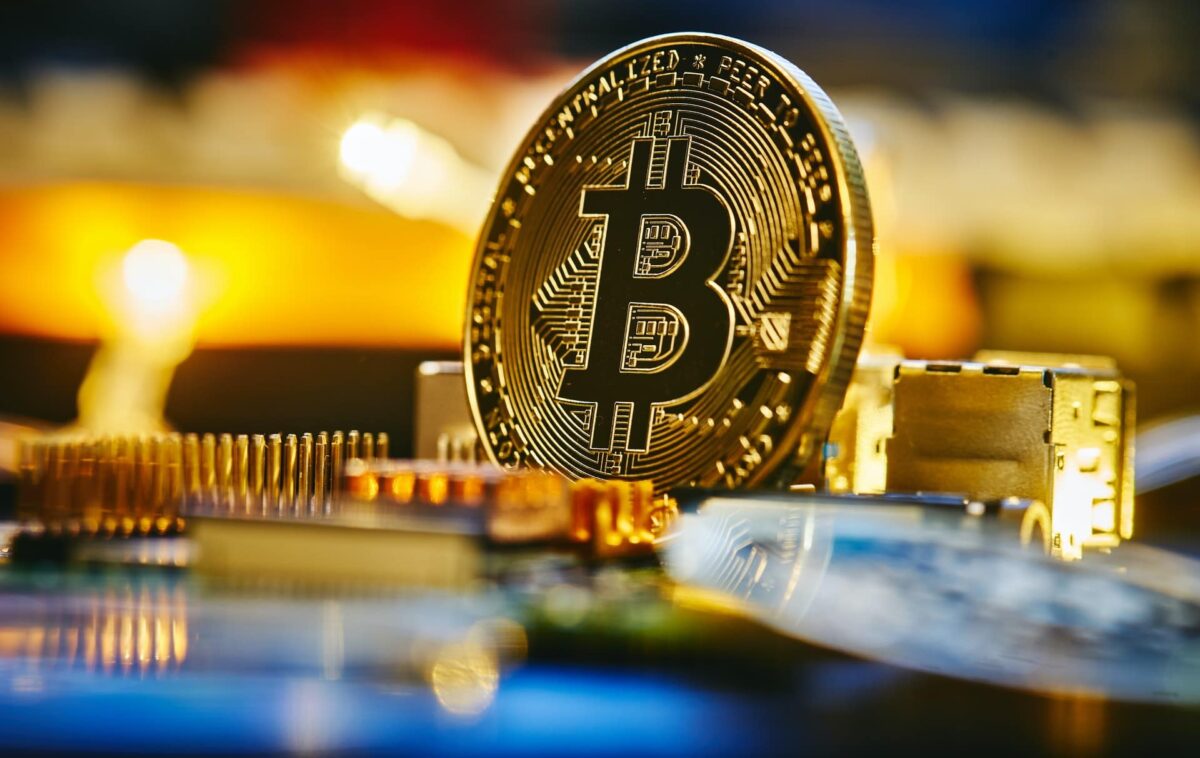 Bitcoin, the largest cryptocurrency is displaying a few positive signs above the $20,000 support. At press time, BTC showcased a 5% surge as it traded around the $21k mark. Although, the risk is still at large as on-chain data showed that investors over the past three-day period exited positions who acquired BTC at much higher prices. 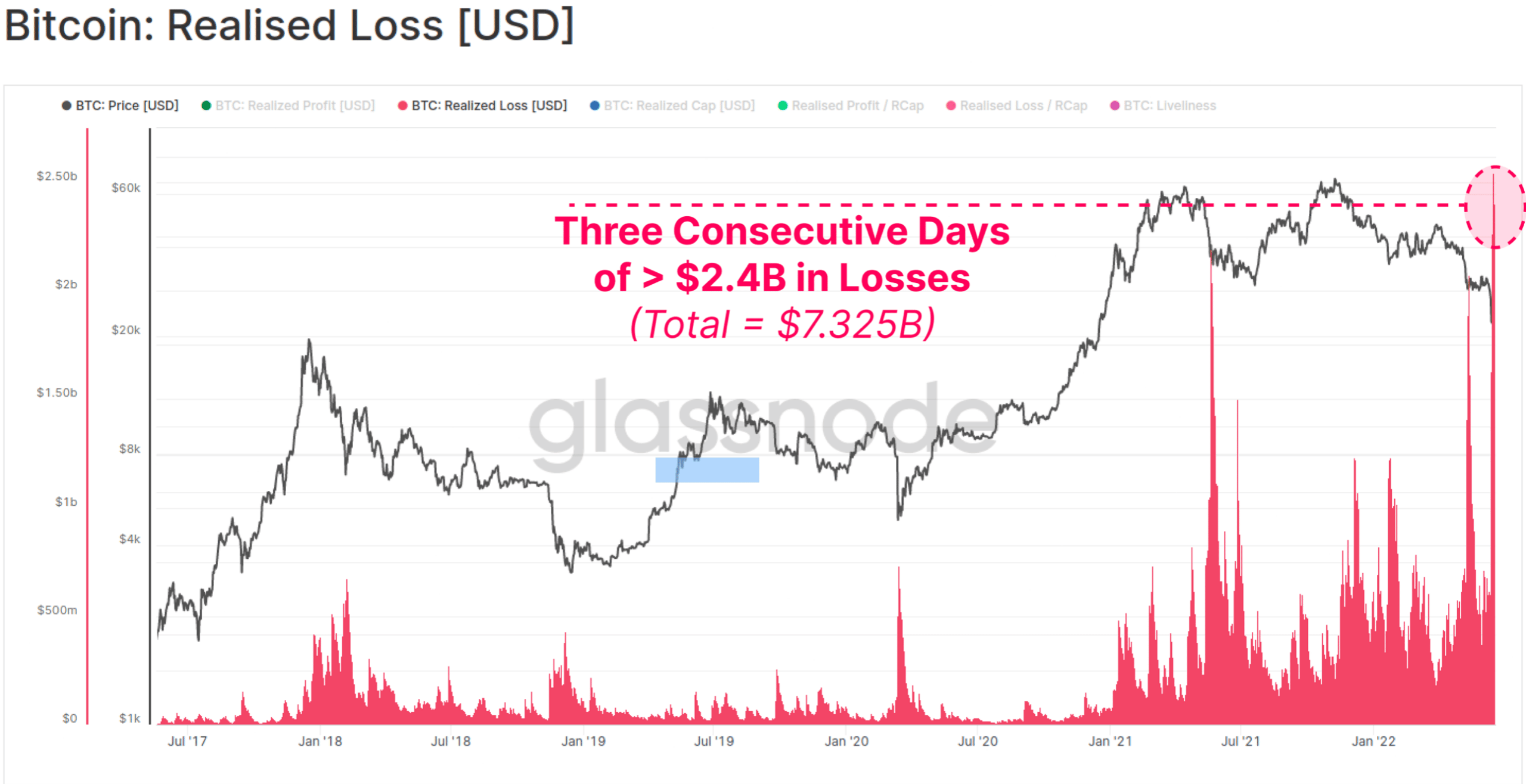 As Bitcoin price crashed, investors quickly sold off roughly 555,000 BTC in the $23,000-$18,000 price range as many sellers had originally purchased BTC at much higher prices, according to research firm Glassnode. Here, losses ranged between $1.5 billion and $2 billion each day.

What about the ‘loyal’ holders?

Even the long-term holders parted their ways with the king coin. Notably, this included 178,000 BTC held by Long Term Holders (LTH), with some of the coins sold acquired at $69,000 – the price that marked Bitcoin’s all-time high in November 2021. This group of sellers took a -75% hit to their investment.

Investigating the profit and loss by Long-Term Holders sending coins to exchanges, we can see a deep capitulation took place.

In addition to this, Short-Term Holders (STH) too took on heavy losses. The STH-SOPR reached levels equivalent to the November 2018 bear market capitulation event. 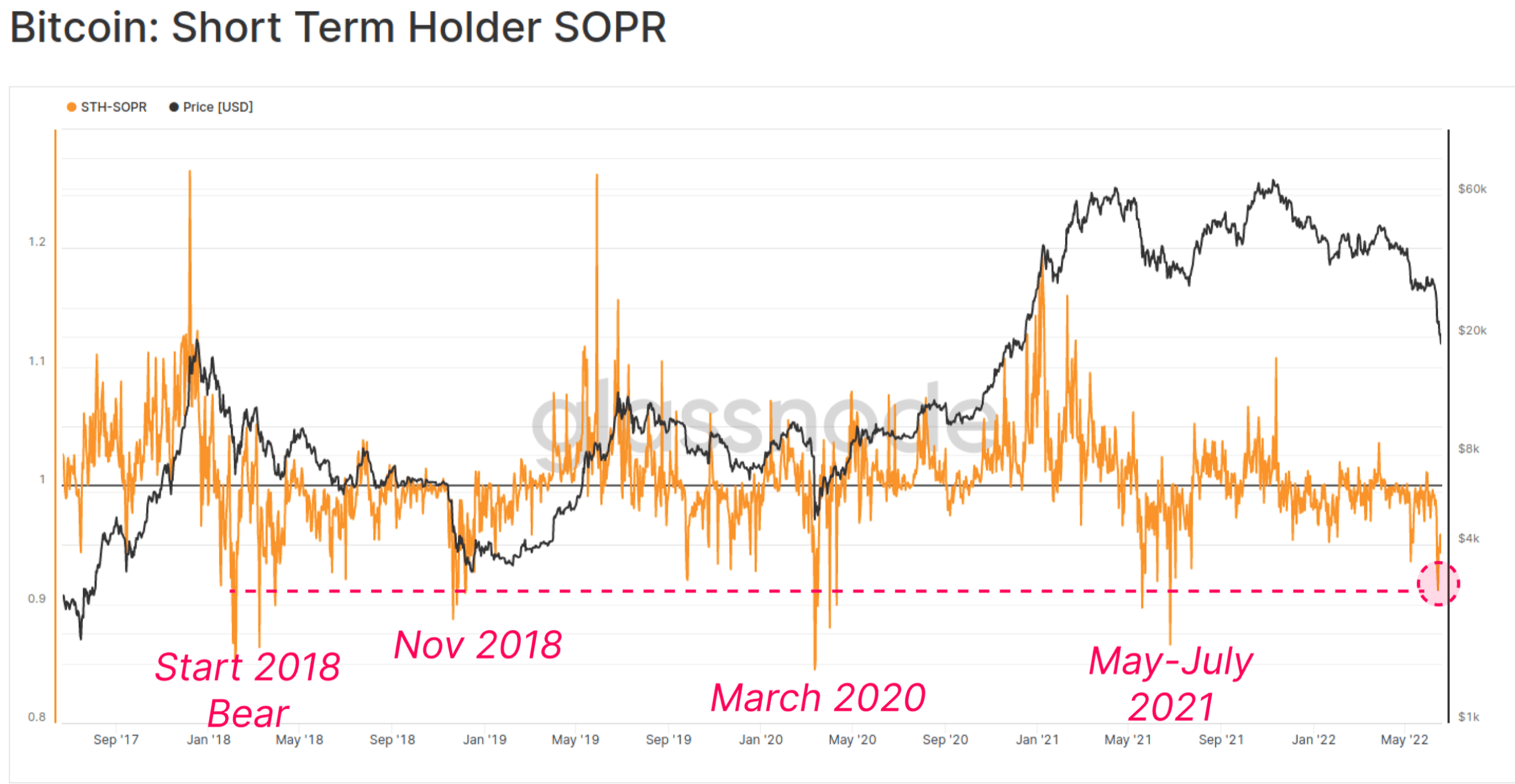 Almost all wallet cohorts, from ‘Shrimp to Whales’, held on to massive unrealized losses, worse than March 2020. Currently, the least profitable wallet cohort holds 1-100 $BTC and has unrealized losses equal to 30% of the market cap. To add to this grim scenario, BTC falling below the 2017 $20k ATH, gave rise to another narrative.

Bitcoin may be near a temporary bottoming out point because the cryptocurrency has historically bottomed out when its Percent Supply in Profit (PSP) is 40% to 50%. 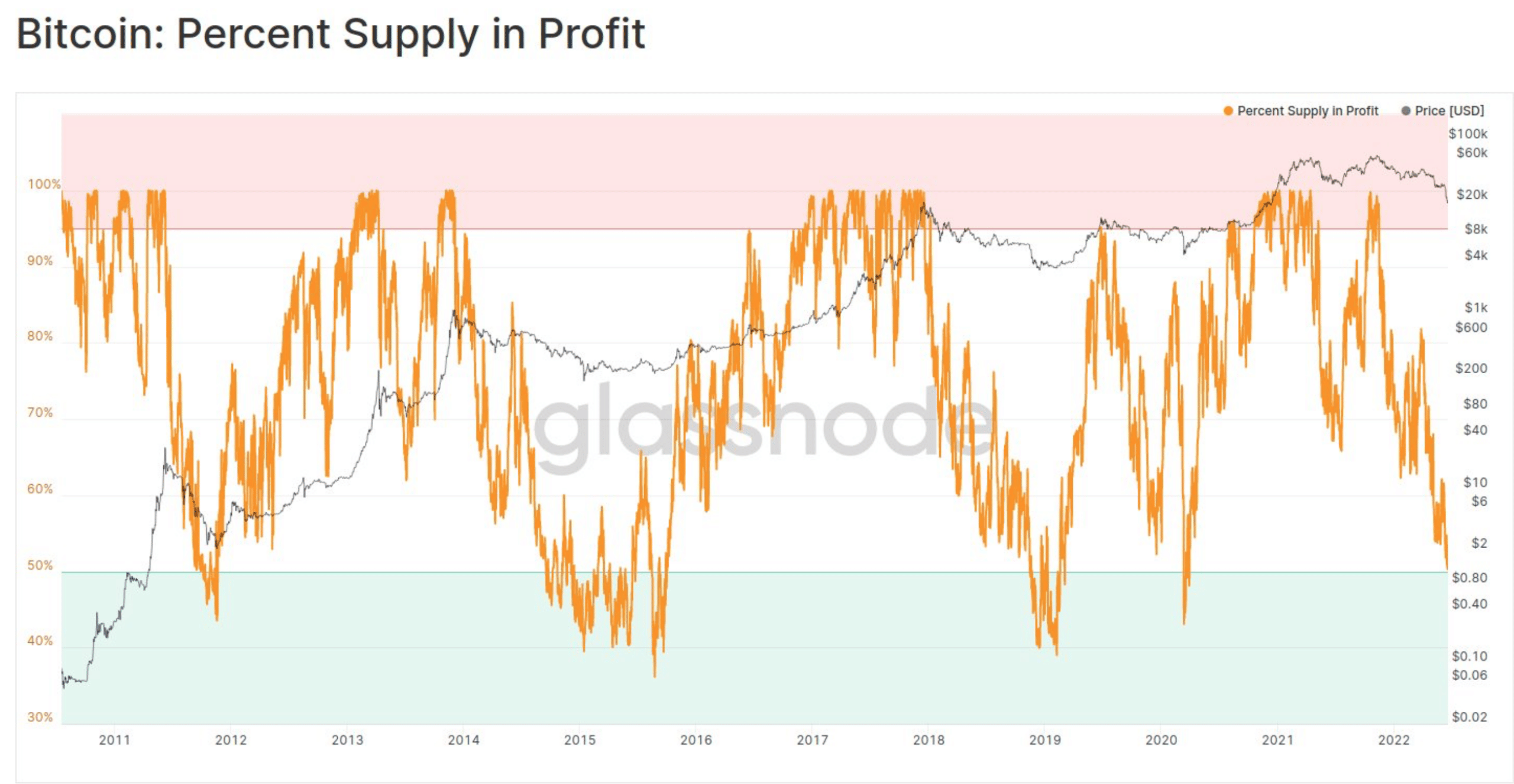 Needless to say, in such a condition, BTC investors’ conviction is seriously being put to the test.

Ethereum Name Service [ENS] takes U-turn; will it give in to crypto winter