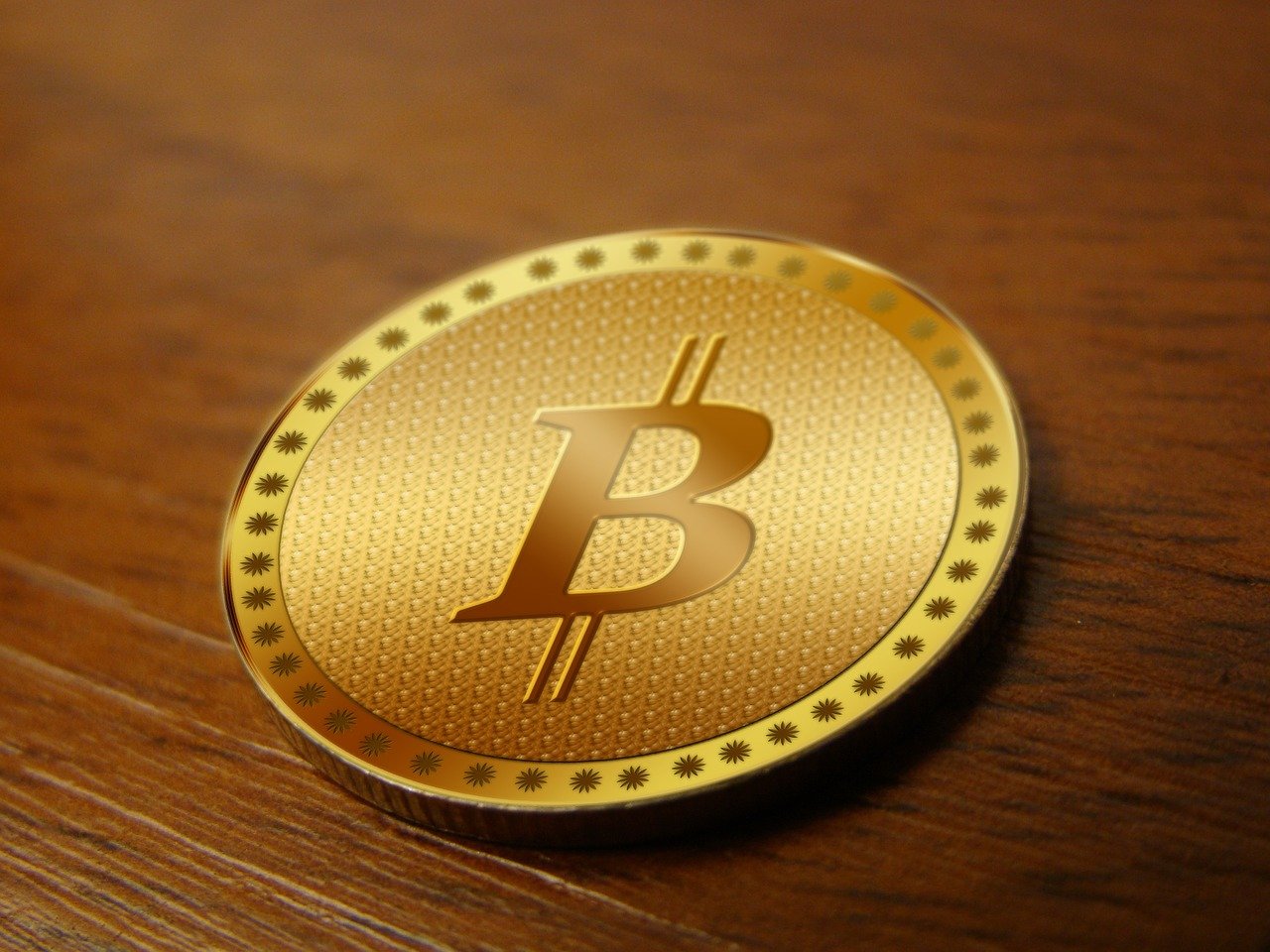 Since the start of the year, Bitcoin’s price has surged by over 32 percent on the price charts. Thanks to the said surge, BTC, at press time, was valued at over $37k while it was priced at just $28k when the year began.

However, what is really interesting is that this surge is being backed by strong fundamentals that seem to be reassuring investors that Bitcoin will be able to maintain its current position, without becoming vulnerable to massive price swings and corrections on the charts. 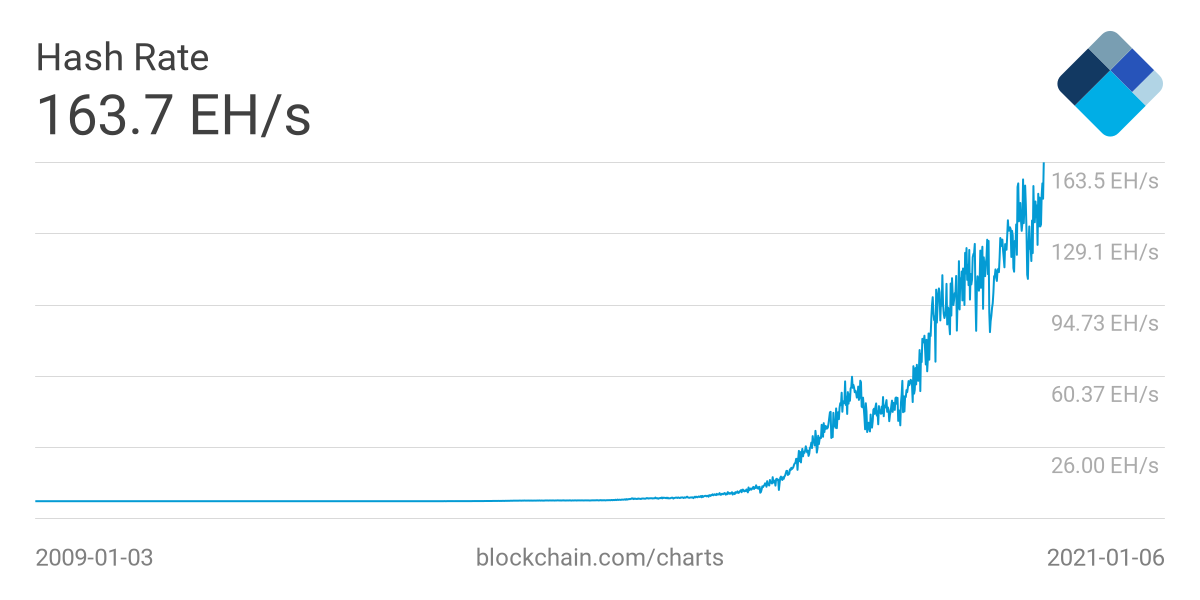 In yet another win for Bitcoin, the network was able to register its highest ever total hash rate to date with a figure of 163.7 EH/s, according to network data provided by Blockchain.com. For Bitcoin, the mining hash rate is a key security metric that highlights the immutability and overall security and resistance of its network’s transactions.

Over the last quarter of 2020, however, Bitcoin’s network did witness a decline in hash rate as the Sichuan province – an area with high miner concentration – saw many of its miners migrate as the wet season came to an end. 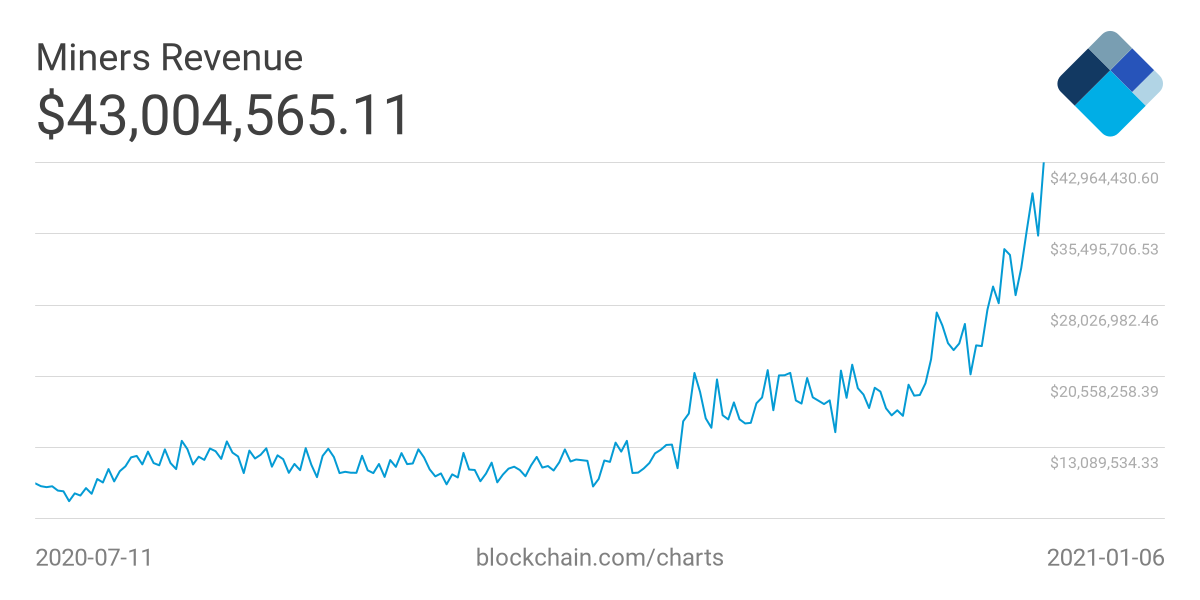 Interestingly, miner revenue has also seen a very notable spike from the second half of 2020 and it is likely to continue surging. According to data compiled by Blockchain.com, miner revenue – which is determined by the total value of block rewards and transaction fees paid to miners – increased from $9 million in July 2020 to over $43 million, at press time.

For investors, a healthy and thriving hash rate for the network is a welcome and encouraging sign. From an investor’s point of view, the hash rate is a key metric to look at as it shows whether miners are investing in new equipment and keeping their operations alive in anticipation of an upcoming price hike.

This has also led to some analysts believing that BTC’s price invariably ends up following the hash rate, despite many claiming that there is no such correlation. In fact, a research paper had found the lack of correlation to be true too, with the exception being the exponential hikes of 2017.

Whatever is proven to be true this time around, BTC’s $40,000 price aspirations may just be a matter of ‘when,’ and not ‘if’.