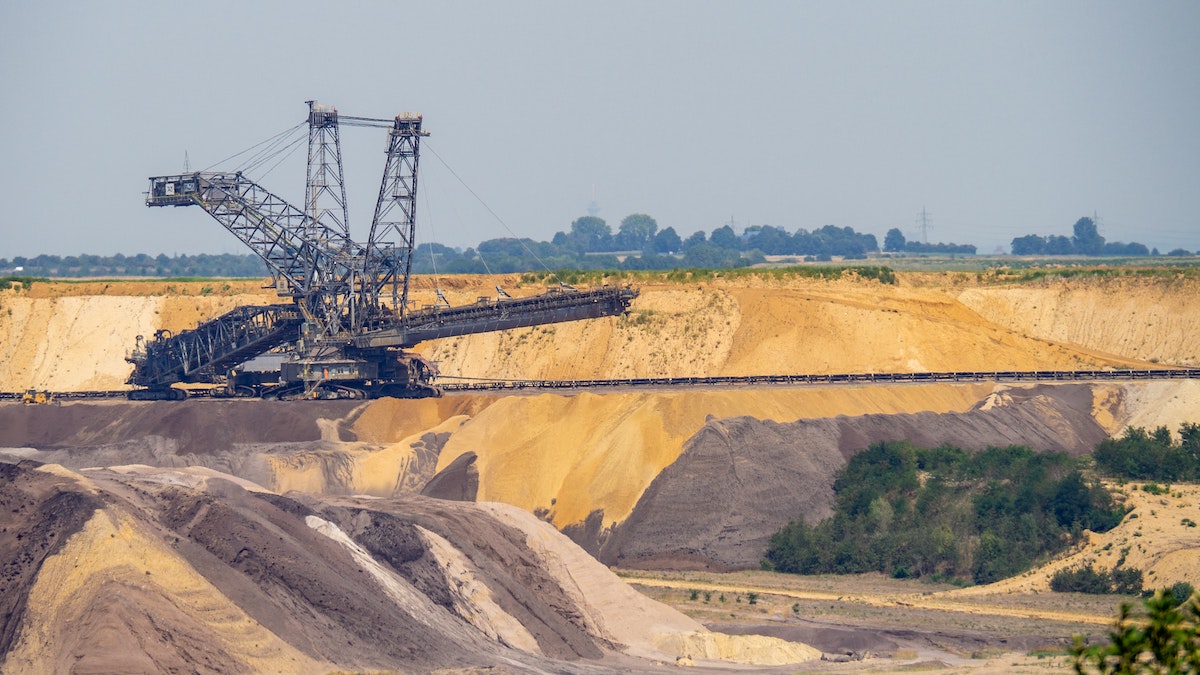 Bitcoin [BTC], the largest cryptocurrency’s struggle continues to see new days and nights in the crypto market. While investors feared losing their savings to the price correction, BTC miners may have taken another route to deal with this fall.

Bitcoin registered the worst performance in August since 2015 after the monthly candle closed down 14%. In fact, at press time, BTC fell below the $2ok mark as it traded around $19.9k. Here’s a red-painted seven-day layout for the largest token.

Following the free fall, many analysts have laid out bearish trends to alert Bitcoin enthusiasts. For instance, Crypto Tony warned that the (Bitcoin) stage was set for deeper losses going forward. In a tweet sent out on 1 September, the famed trader added,

– A change in market behaviour and becoming macro bullish (Taking out $30,000 and putting in a higher high)

I am leaning towards a macro drop down, which i where i will be looking to ladder into #Altcoins for swings https://t.co/qz7RAgw4gH

Needless to say, the said fall even saw heavy liquidations with the BTC spot market. This means that traders started selling their holdings. But not everyone took the same approach. 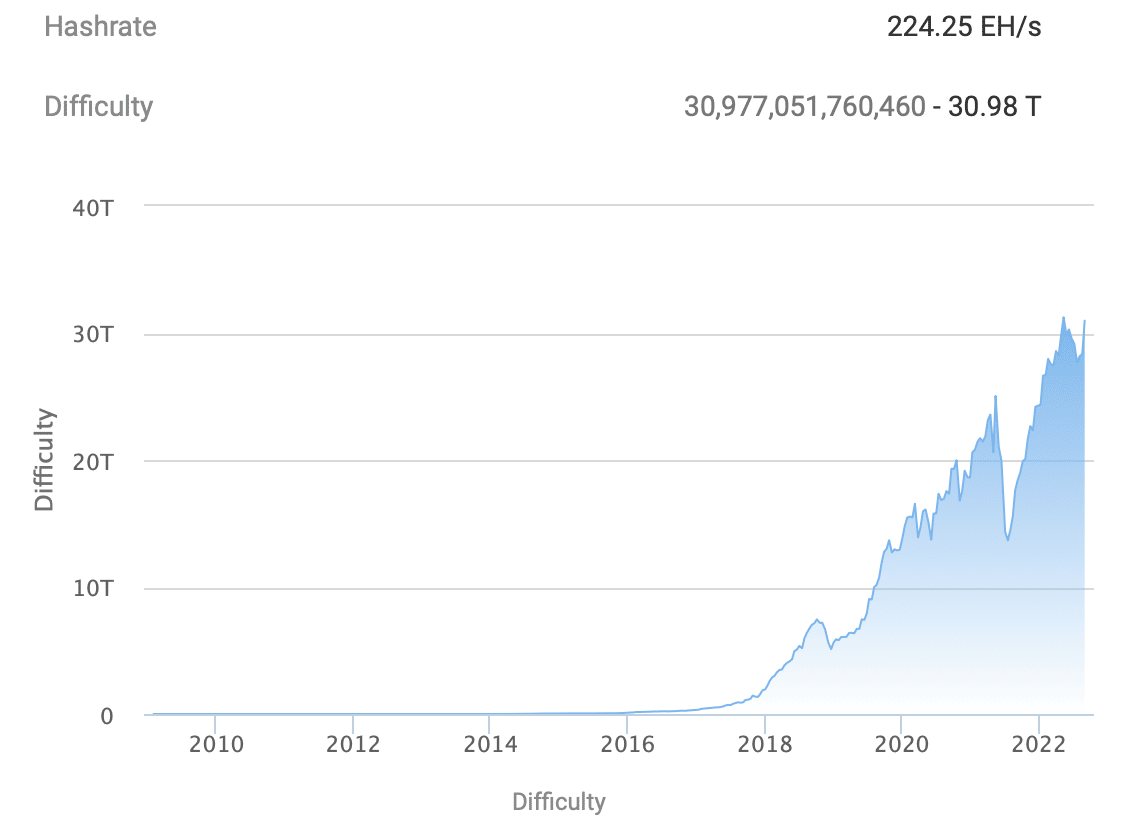 According to data from on-chain monitoring resource BTC.com, this will be the highest upward difficulty adjustment since January this year.

Moreover, this figure represented a 9.26% increase since 18 August, when the mining difficulty stood at 28.35 trillion.

Well, mining difficulty determines how hard it is for a miner to verify transactions, bundle them into a block and add it to the blockchain.

If there are few miners, the difficulty will drop, whereas when the number of miners increases, so does the mining difficulty. Ergo, the rise signifies the sheer demand.

At the same time, the amount of computing power required during the mining process (hashrate) also increased, jumping from 202.76 EH/s to 224.25 EH/s (EH/s = exahash per second) during the same period.

What does this imply?

Well, both difficulty and hash rate hiked, reflect conviction among miners over the long-term profitability of their network participation. This conviction comes at a time when mining operations wouldn’t reap the same benefits (profitability).

As per BitInfoCharts, mining profitability fell consistently since 18 August, when it stood at $0.109 per THash/s (based on a seven-day moving average). 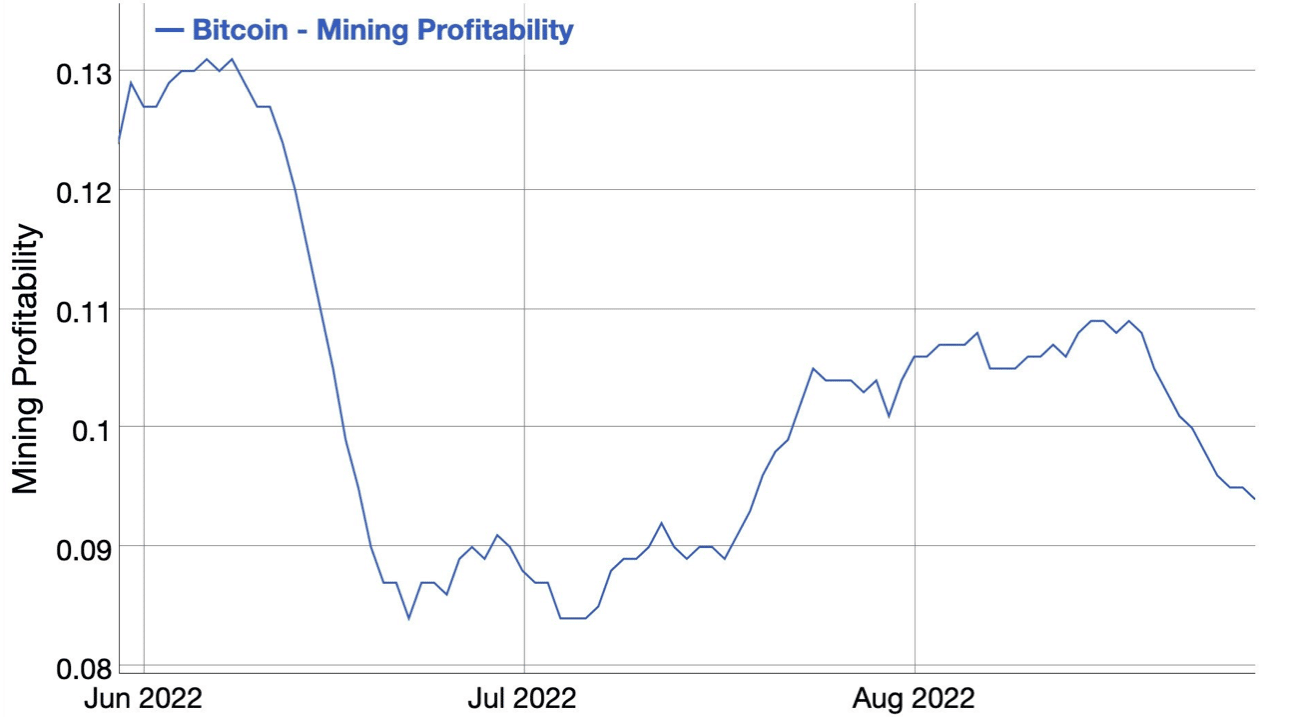 At the time of writing, the profitability dropped to just $0.082 per THash/s. Indeed, a concerning signal when coupled with BTC’s price drop. In fact, the price dropped 17% in a month and 60% in a year.

Now the question remains- Could miners sustain such losses and continue their mining operation(s)? Let’s wait and watch.

Assessing if Cardano bulls can initiate long-term rally in September