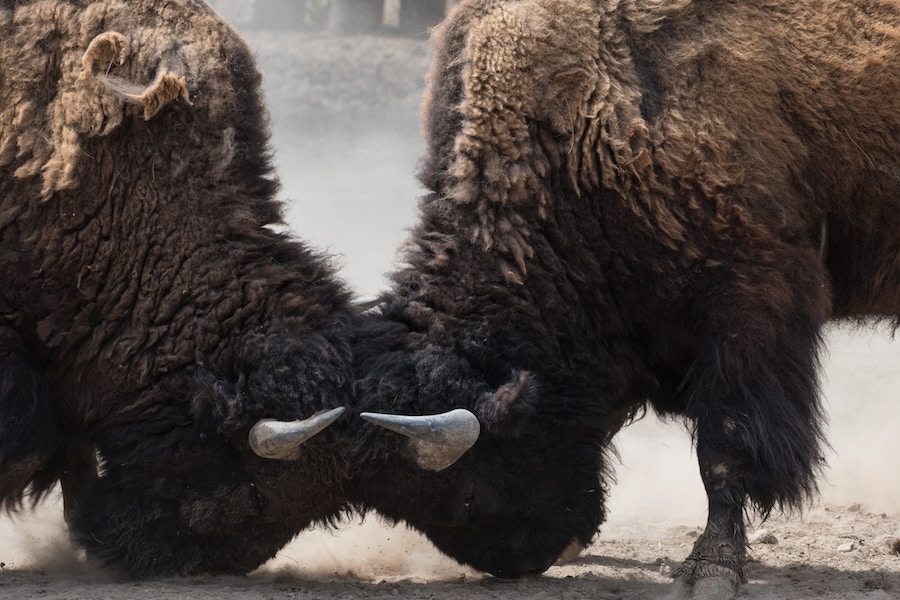 The king coin witnessed a massive price fall during the recent market crash as the coin recorded a fall of 19.06% over the past seven days. At the time of writing Bitcoin was priced at $8,055 and, according to CoinMarketCap, it had a market cap of $144 billion. The 24-hour volume for the coin was recorded at $15.38 billion and most of the volume was recorded on BKEX exchange for BTC/USDT trading pair.

Bollinger Band was seen diverging further revealing an increase in the volatility of BTC market.

MACD was witnessing a bullish crossover as MACD line is rising above the signal line.

The RSI indicator revealed that Bitcoin was headed towards the overbought zone further implying a bull market.

Chaikin Money Flow showed that the marker was above the zero line, suggesting that money flowing in was higher than the money flowing out of the market.

Awesome Oscillator was below the zero line which indicated that the fall of short-term momentum was falling faster than the long-term momentum revealing a bearish selling opportunity.