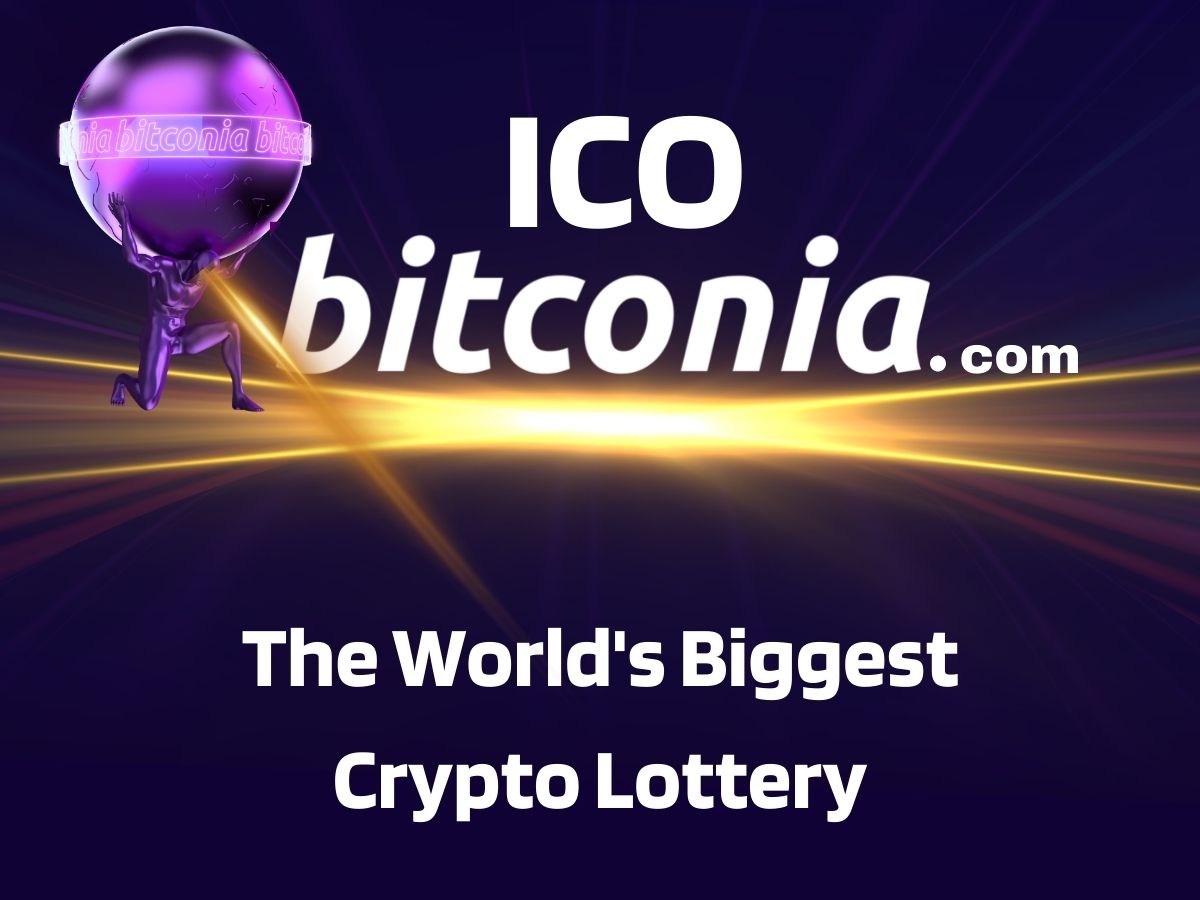 The crypto industry is not just about the digital currencies that are exchanged on various platforms; it is also about the constantly evolving blockchain technology that underpins it. The crypto world has made quite an impression among traders and investors for a technology that has only been around for less than a decade. Various innovations and utility-driven applications using blockchain technology are emerging to draw users closer to the crypto space.

According to the 2021 edition of the World Lottery Association (WLA) Global Lottery Data Compendium, the revenue generated by the Classical Lottery system worldwide has reached $312.4 billion in 2020.

The use of crypto and blockchain technology in the lottery system has the potential to establish an online crypto lottery platform that is decentralized, allowing participants from all over the world to empower themselves and build a new world of crypto finance.

Bitconia Crypto lottery system is a one-of-a-kind online crypto lottery based on blockchain, designed in a decentralized way aimed at being a transparent wealth transfer system to have a positive impact on users’ management of money.

As the demographics of lottery players are rapidly changing, blockchain technology is the next logical step in the evolution of lotteries, allowing autonomous decentralized operations with a high level of privacy, security, and global access to an equitable game that assures utmost participation gains.

Users frequently express concerns regarding a lottery’s transparency and fairness. To overcome this issue Bitconia Crypto Lottery uses RNG,  a form of a decentralized autonomous algorithm that generates random numbers, that is regulated by a smart contract that specifies the rules for participation. 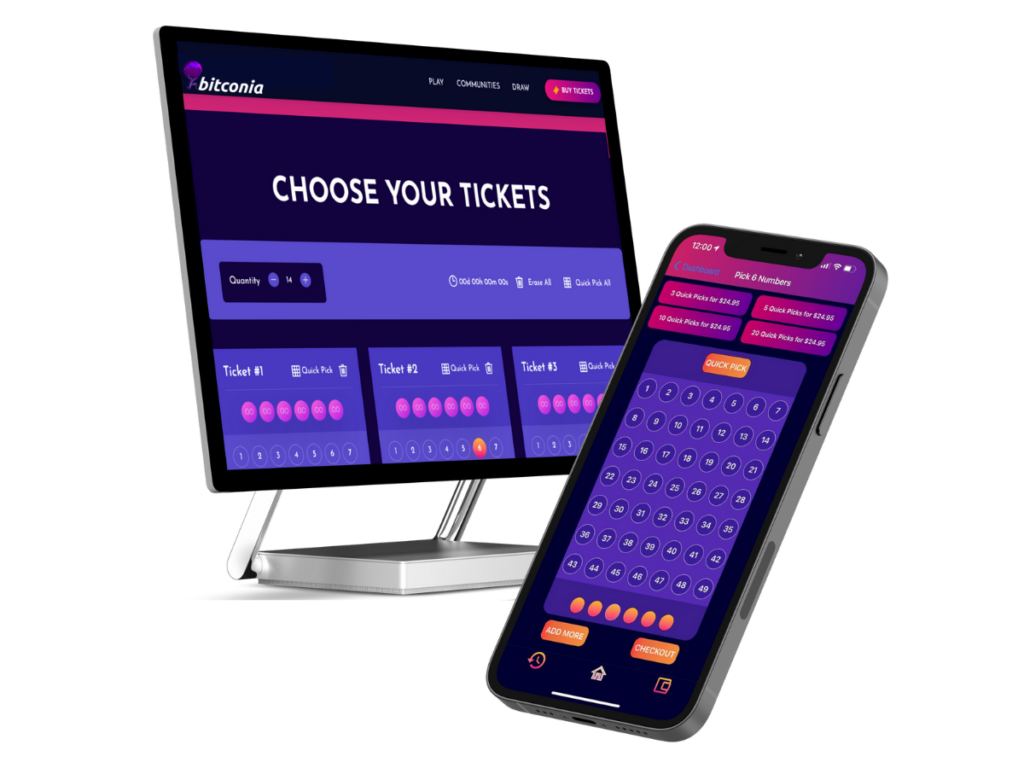 The platform is also available on the web and mobile phones and is supported by both iOS and android to offer a cross-platform lottery service accessible to all.

Ticket Register: Each participant should create an account with the Bitconia Crypto Lottery System to receive a user wallet address that is shown on the user screen. Before purchasing a lottery ticket, users can deposit Bitcoin (BTC) and/or Bitconia Utility Token (BIA) to the supplied user wallet address.

Ticket Purchase: Before purchasing the ticket, the user’s internal wallet address must have sufficient funds in BTC or BIA. Each player selects a lottery ticket number and enters it into the lottery system. The selected ticket number along with user details are stored in Binance Smart Chain.

Winner Selection: A unique block properties-based winning number selection protocol named RNG is used to generate a number from a variety of unknown sources to ensure that each draw begins at a random position that cannot be predicted ahead of time.

The winners’ details are available in both blockchain and Bitconia Crypto Lottery System. Every time a ticket is purchased, the user chooses a ticket number. The format of the ticket number is N1 to N6 with the range from 1 to 49. At the end of a closing time, the smart contract generates client seed. The client seed is displayed in UI for user reference. 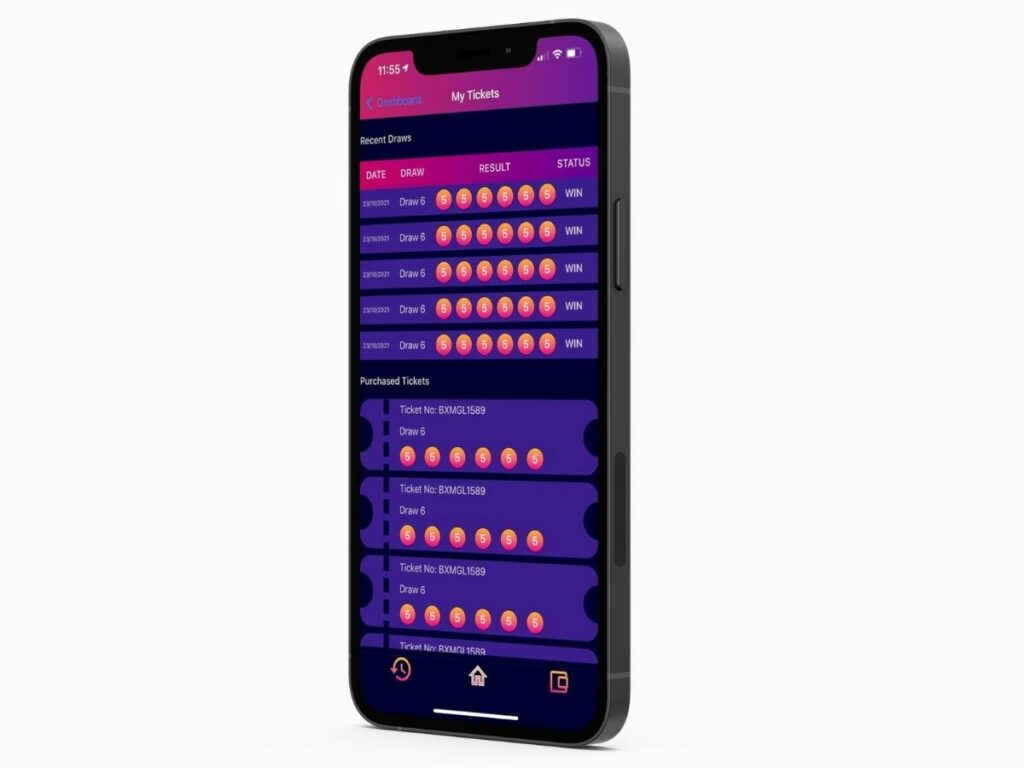 At the end of the draw time, the smart contract generates the winning number by hashing the client seed, current block hash, and nonce. Winning numbers from W1 to W6, Block hash, and Block number are displayed in UI for user reference. Winners are selected by comparing users’ ticket numbers and winning numbers in the correct order.

Prize fund Information: 70 % of ticket purchase is allocated to prize fund formation and the prize fund is distributed to 4 wallets.

Pay-out of winnings: When a winner is selected, they will get an automated notification. After which the prizes have to be claimed manually. 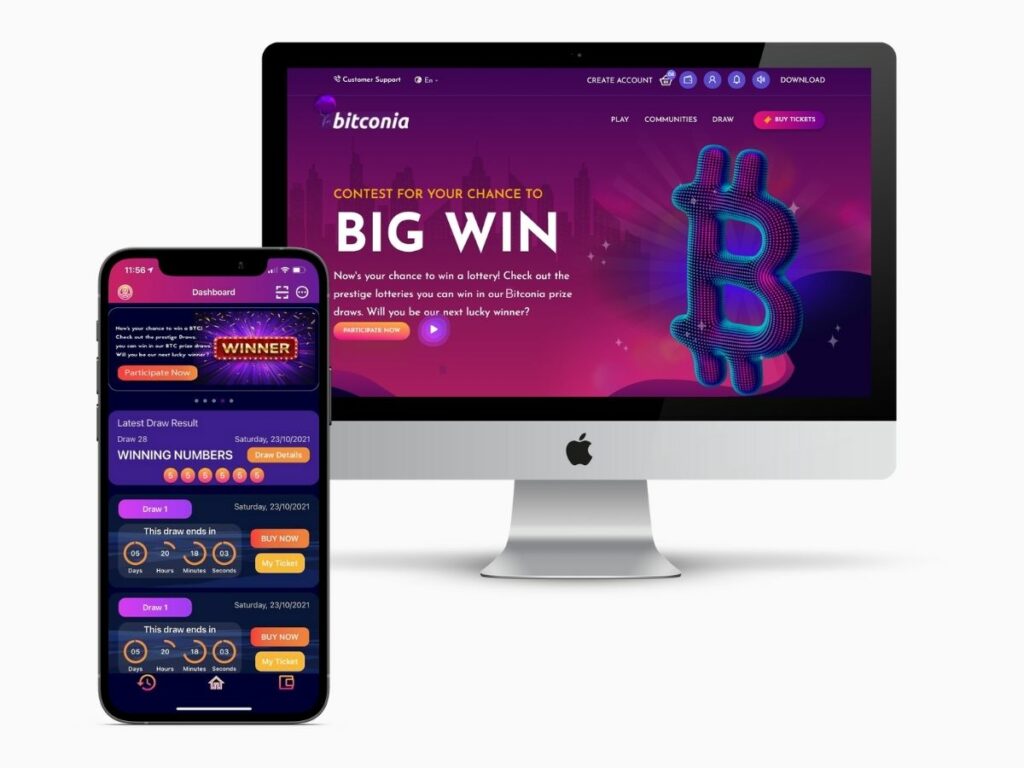 The platform has initiated a pre-sale that lasts till 31 May for users to have early access to the tokens.

The pre-sale platform supports both Metamask and trust wallet. Users can also download the wallet app to purchase tokens.

Users have to connect their wallet app to the pre-sale platform and choose the Binance Smart Chain option as Bitconia only operated on the Binance smart chain.

The purchase quantity for pre-sale investment should be entered in BNB which should be between 0.1 BNB to 350 BNB. The transaction should be approved by the users using the connected wallet to initiate the transaction. The tokens bought will be transferred to a timelock address as per a specific release date.

The tokens will be automatically transferred to the user’s address once the timelock period is over.

The entire ecosystem of the Bitconia Crypto Lottery is supported by its native digital token, Bitconia Token, a BEP20 standard token that offers high utility for the user, as a payment option with the BTC that could be used to participate in the lottery system The token also secured the security audit smart contract, which adds to its credibility.

A total of 1 billion tokens have been generated, with 20% already accessible via the project’s Bitconia ICO website. To allow early adopters to get in at a discounted rate, 200 million tokens will be accessible until 31.05.2022. The platform will use a three-year smart contract lock-up with tokens released in 3 phases:

With widespread usage, the Bitconia Token’s price has great potential to increase further with mass adoption. Users can envision Bitconia becoming a global crypto lottery system deployed on the Binance Smart Chain (BSC) offering a borderless experience for users from around the globe.

Availability & Accessibility: Players from any part of the world can participate without restrictions based on domestic market size.

Decentralized: No one has the power to change network protocols, shut down the network, or change the ledger as the data belongs to no one but could be monitered by anyone.

Fast & Accurate: As the entire process runs on a protocol, the system offers fast cross-verification to identify winners due to which prizes are released in a short time period.

Fairness & Transparency: The platform offers public access for all network transactions by using smart contracts which ensures that the rules cannot be altered. The RNG protocol assures fairness for all players.

Permissionless & Traceability: Users can verify the system’s methods of selecting the winners and trace the entire flow of the lottery draw process from origin to the end as all records are being saved on the blockchain, without permission from anyone.

Reliable & Secure: Equipped with an abundance of safety measures and in accordance with all safety standards and regulations, the platform is safe and secure for anyone from around the world.

Bitconia is an open-source project with a unique yet transparent business model of a decentralized crypto lottery combined with the flavors of the conventional lottery system that offer users secure and transparent ways of utilizing their money and revolutionizing the current lottery system.

To know more about Bitconia, visit their official website.

Identifying CRO’s hike potential on the back of Ukraine crisis

Dogecoin: How to map the potential of this breakout