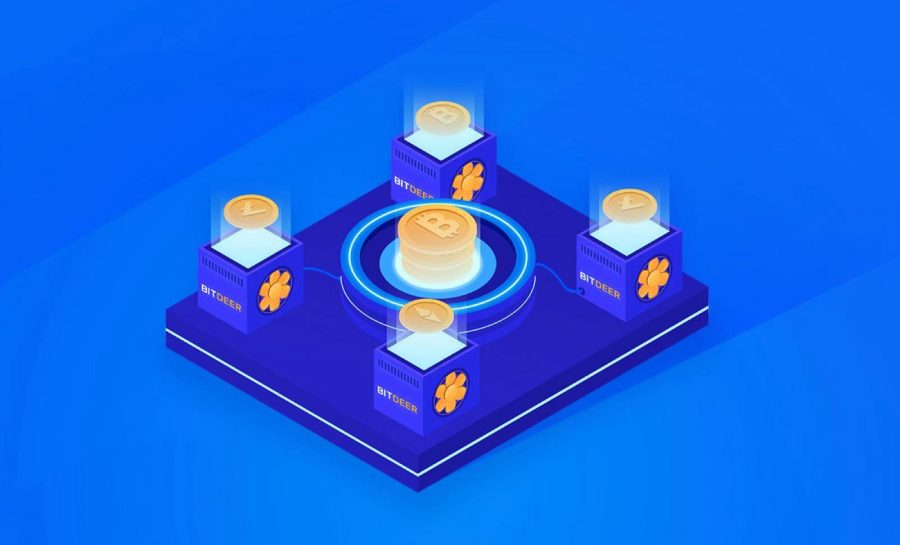 Today, Bitcoin is a word on everyone’s lips as it has set a stage in the economic industry where the masses had the freedom to control their own capital without depending on a third party associate. The use of cryptography and blockchain technology, for the transaction of funds with higher speed and reliability, has been popularly deemed as one of the greatest financial revelations of all time.
However, the process of acquiring Bitcoin is not as straightforward as it seems. Bitcoin’s Proof-of-Work [PoW] is one of the major aspects of the Bitcoin technology. This consensus-based algorithm is used to create blocks in the blockchain where transaction data of users are stored.
The consensus algorithm creates a platform where crypto miners undertake the process of mining to complete and verify the transaction on the network itself. When the process of mining is completed to confirm transactions, new Bitcoins are introduced and released for circulation in the network.
Now, Mining is a process which is not conveniently accessible to all individuals as it requires massive investments on mining equipment and consistent power supply. To eliminate such hurdles and provide the people with the opportunity to gain Bitcoin, BitDeer is currently one of the best options available in the market.
BitDeer.com is one of the world’s leading computing-sharing platforms, currently allowing the people around the globe to mine virtual assets with convenience and ease. The platform allows users to access Bitcoins with individual mining and saves its customers from the hassle of purchasing and installation of heavy and noisy mining equipment.
BitDeer.com was officially launched and unveiled on 12th December 2019, and the platform witnessed a staggering growth of 1350 percent within the first three days. The platform’s dedicated mining services along with excellent user experience has allowed the company to provide its customers with the best mining solution for miners of all capacity.
With the help of BitDeer.com, miners have been able to majorly reduce operational cost and avoid the initial massive investment attached to mining. The company effectively controls the cost through scaling and due to that the operational cost saved is directly passed on to the miners who take part in the platform.
The platform also announced strategic partnerships with the likes of BTC.com and AntPool during the launch and the platform had successfully mined their first Bitcoin block on its first day.
At present day, BitDeer.com is currently associated with eight out of the ten largest mining pools in the world which also includes Dpool, ViaBTC, and F2Pool. It is also important to note that these prominent tie-ups with the organizations are unlike any others. BitDeer’s collaboration with the mining pools is very extensive as these mining pools are combined with BitDeer’s proprietary real-time computing power allocation technology which allows users to be directly connected to the mining pools. It enables the users to keep track of the mining process and also receive the Bitcoin payments directly from the pool.
Additionally, it was also announced recently that BitDeer.com had entered a partnership with China’s biggest crypto mining company Bitmain and also formed an alliance with Russia’s largest crypto exchange EXMO for Brand and cross-marketing.
In the last few months, BitDeer has continued to grow in stature and currently provides its services in more than 200 countries around the world. BitDeer continued to build on its early momentum in the market due to its competitive energy sourcing, efficient operational management, major mining pool association and convenient user experience provided in the platform.
On May 29th, 2019, BitDeer.com is going to host the 2019 China Mining Industry Summit in Beijing. The main objective of the Summit is to discuss the future of crypto mining in China, discuss and create the new standards related to the mining industry in order to construct a well-developed community which will empower the entire mining industry.
The Summit will bring together some of the best minds in the mining hardware manufacturers, mining pools, digital wallets and from the fintech industry. Experts will cover a wide range of issues such as new opportunities, challenges, industry thresholds and achieving consistent profitability from the mining process.
The speakers listed below are some of  the most reputed personalities in the Bitcoin-mining industry.

The cryptocurrency ecosystem has witnessed a major turn of events since the start of 2019, as virtual assets in the market have collectively improved on their market capitalization, optimizing the popular sentiment of people with excitement and positivity. While the market continues to surge, there are many miners who are trying to capitalize on the Bull Run.
The crypto industry is currently enjoying a major influx in terms of capital, which has inadvertently driven a lot of the community to re-engage and renew their mining endeavors.
Unlike any other platform in the market, BitDeer.com provides its users with excellent convenience and facilitates the mining solution for any scale; big or small, where the mining rewards are easily mediated to the miners. The level of transparency and trust is highly sought after in BitDeer.com and it enables users to remain confident with the platform.
People who are interested to know more about the 2019 China Crypto Mining Industry Summit or with BitDeer.com services, please visit Bitdeer’s official website and check out their other social media handles.
Facebook
Twitter
Youtube
VK