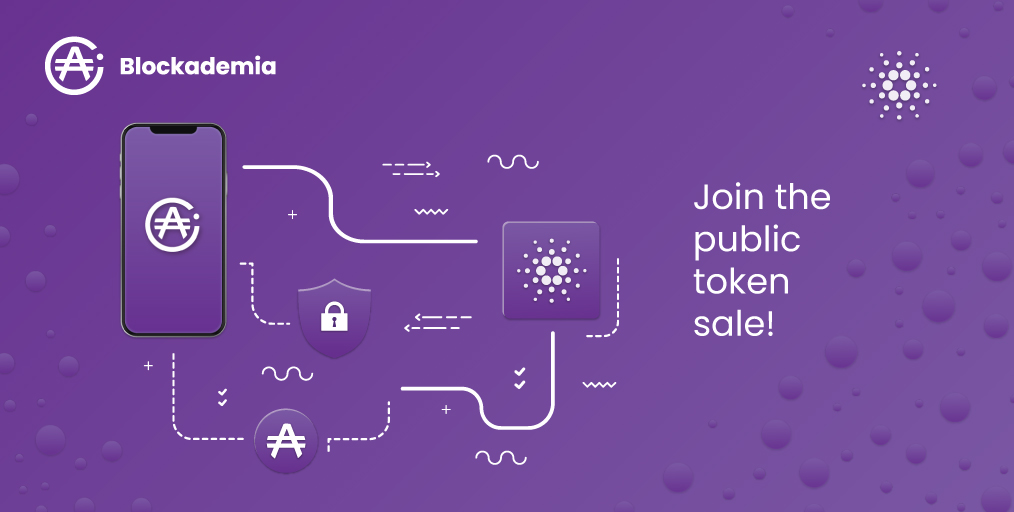 The new Croatian crypto startup Blockademia recently revealed their decentralized information system for issuing and checking the authenticity of issued documents such as diplomas, certificates, and others. Blockademia works on the Cardano blockchain, which ensures permanence and immutability of the issued entry containing document metadata and subsequent authenticity checks.

To raise funds for further development, this crypto startup plans to issue 85 million ACI tokens, out of a total of 250 million. The initial distribution of ACI tokens is carried out through its own web system in the form of free distribution through the referral system and through the sale of tokens.

Here’s everything you need to know about Blockademia’s token sale.

Blockademia token (ACI) is the native token on the Cardano blockchain. It is both a utility token and a governance token of the Blockademia decentralized system.

So, what can you do with it?

There are four main functions of the ACI token. It can be used for paying the user fees for using the Blockademia system, rewarding users for participating in the system, treasury financing and governance of the decentralized Blockademia system.

There are more interesting facts about ACI…

The system will include a form of rewarding users who hold the token. This way, it will disincentivize token sales after exchange listings. Also, ACI token is designed to disconnect the cost of the service from crypto market volatility because the system itself drives the ACI token demand regardless of token price.

34% of total ACI token supply will be used for the initial offer and here’s how the token split will look like.

There are attractive incentives both for users and issuers

Also, they will receive a single payment in ACI tokens for onboarding new users. There are also great rewards for issuers, each will receive a small percentage of transaction cost for verification of the documents they issued.

Important dates to keep an eye on

A Croatian startup plans to raise as much as 21 million euros in ADA – the native token of Cardano.

Blockademia plans to use the funds raised to further strengthen the team in order to have a franchise network and customers around the world in 18 months. In the first two quarters of next year, the goal is to complete the Blockademia dAapp and test it with the first users.

Let’s shape the World with truth!

ADEED: Seed round ends in 8 hours for Cardano Escrow Protocol