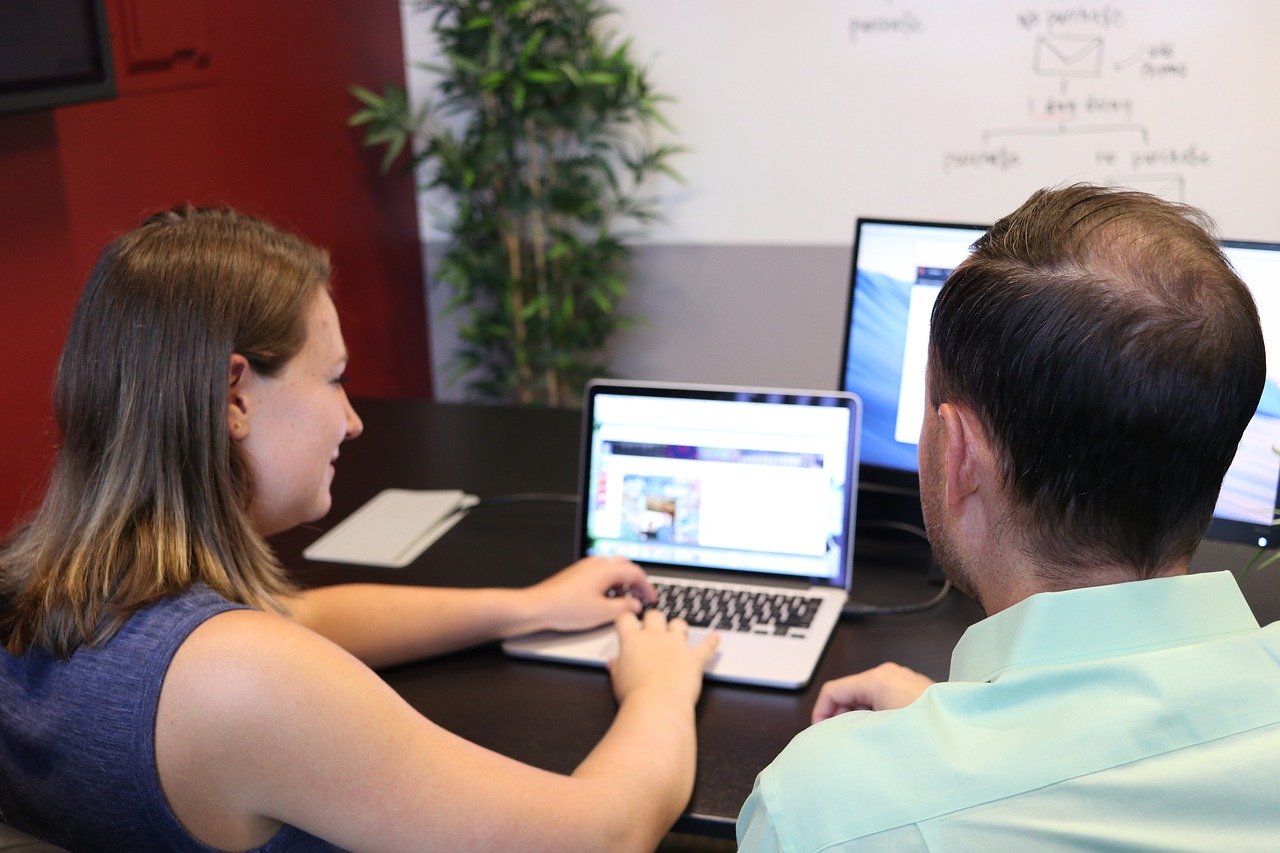 Blockchain and cryptocurrencies have come a long way over the past few years. While these emerging technologies were scoffed at once upon a time, right now, they are making all the headlines, especially since the two are being looked at as transformative tools that are key to a more efficient future.

Don’t believe the hype? Well, look no further than a recent LinkedIn survey which found that blockchain is the highest-paying hard skill most companies today are looking out for. In fact, according to reports, blockchain engineers are making as much as AI experts.

However, while it wouldn’t be an understatement to say that blockchain and cryptos are “In,” the reality is the increasing popularity of these technologies also fuels a popular urge to understand them, and understand them well. Working with blockchain may be a high-paying job, but it is also one that requires a strong grasp of the technology’s fundamentals. Ergo, it isn’t surprising that quite a few online learning portals have emerged over the past few years to cater to this very need.

Perhaps, no platform caters to this very need better than Ivan on Tech Academy. Founded by Ivan Liljeqvist and Filip Martinsson in 2017, Ivan on Tech Academy is predicated on the notion that most blockchain “knowledge” doing the rounds is poor and difficult to access for most. The Academy’s mission, therefore, is “to empower people all over the world by educating them about blockchain and programming.”

Now, you might have heard of Ivan Liljeqvist. I mean, of course you have. He is the host of Ivan on Tech, one of YouTube’s most successful and trusted blockchain channels. The Academy is Liljeqvist and Martinsson’s brainchild, with the platform today working towards becoming “the number one go-to-place for blockchain and cryptocurrency education in the world.”

How does the Academy operate?

Well, the Academy has on offer hundreds of hours of on-demand video courses, assignments, quizzes, homework, and also programming challenges. Now, while that does sound like Coursera, what must be remembered is that the latter primarily caters to those looking for just a fundamental understanding of ideas and subjects.

On the contrary, Ivan on Tech Academy caters to a more diverse audience. Whether you are a “noob” and new to the blockchain space, an upcoming developer who wants to have a big career, or a seasoned investor who wants to understand the technology behind the assets he’s investing in, the Academy’s coursework might just be perfect for all.

Just consider the courses that are available on the Academy’s website – Crypto for Basics, Blockchain and Bitcoin 101, The Bitcoin Standard Course, Ethereum Smart Contract Programming, Ethereum Game Programming, Javascript and C++ programming for Blockchain, Blockchain Business Masterclass, et al. are just a few of the courses available to anyone who wishes to take out the time and read up on the fundamentals of this technology.

That’s not all, however, since the courses in question aren’t just a list of lengthy, boring, and technical videos. Instead, they are short, comprehensive, and very interesting, with the course work punctuated by a series of quizzes and assignments as part of a well-structured curriculum.

And by comprehensive, I mean really comprehensive. Consider the course on Cryptography and Privacy Coins – Not only does it touch upon coins such as Monero, Zcash, and Dash, but it also expands on more conceptual topics like KYC laws, Linking UTXOs, Deterministic Wallets, Ring Signatures, Confidential Transactions, Zero-knowledge proofs, and MimbleWimble.

Now, that might sound too much, and it is. Ergo, it’s understandable if one loses their way going through the extensive course. However, Ivan on Tech Academy has got your back there too. All the available courses come with a roadmap, so anyone who’s pursuing one of these courses always knows where they stand and how they are progressing. 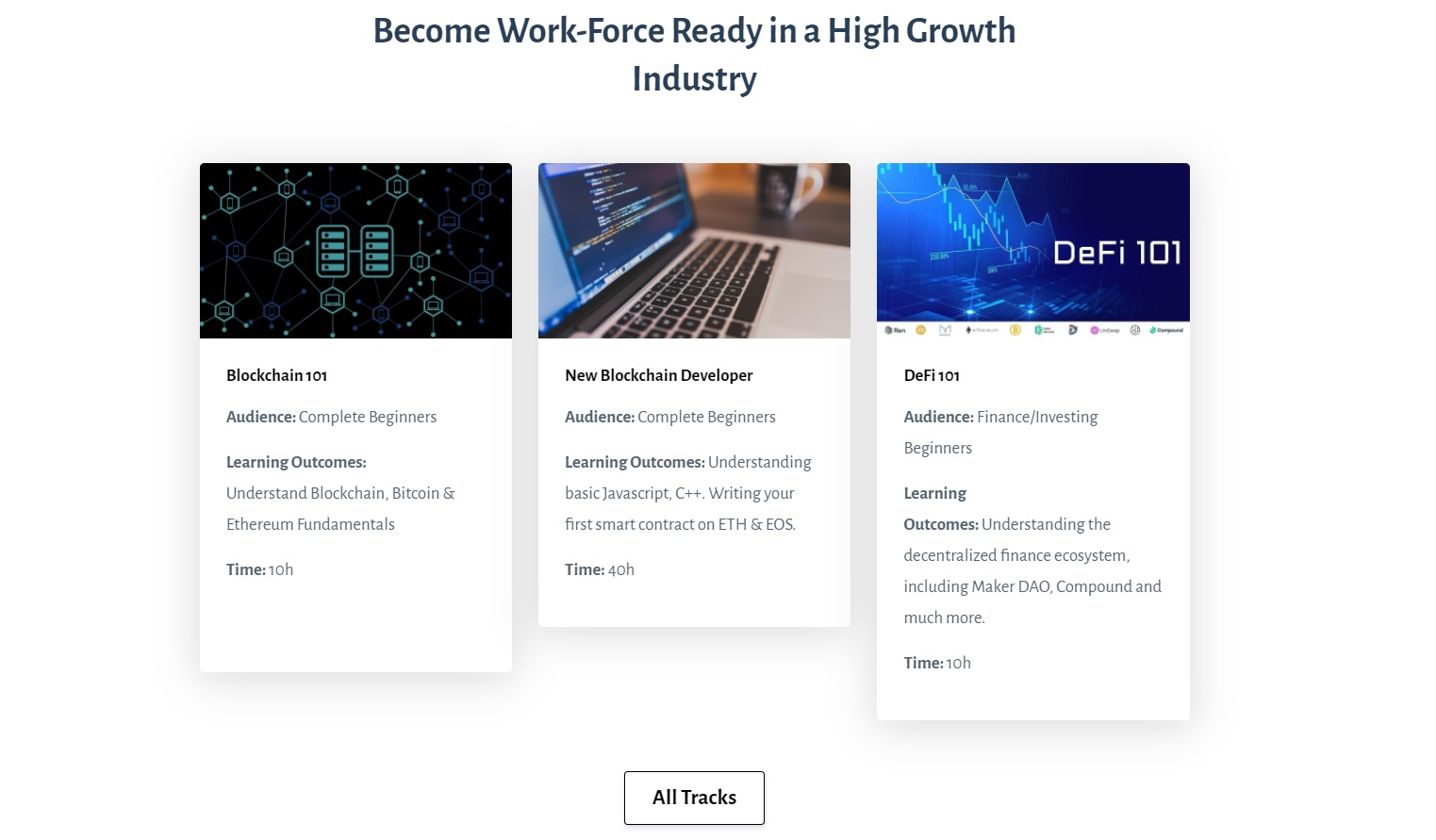 Even if you’re unsure about which coursework to pursue, Ivan on Tech Academy is quick to recommend a set of tracks, each differentiated by the primary audience and the learning outcomes attached to it.

Say you’re a business professional who is interested in the prospects of blockchain and how the tech can be integrated into independent businesses. Well, the Academy would recommend a dual courseload involving Blockchain and Bitcoin 101 and Blockchain Business Masterclass. Here, how will the latter help a user? Well, according to the Academy,

“All this knowledge will make you capable to lead a team of developers and be in charge of a blockchain project, whether it is your own company or whether you are part of a larger organization.”

Once upon a time, going to school or college was the only way most gained a degree of technical skills and knowledge. Over the last ten years or so, however, this has changed, thanks to the popularity and accessibility of the Internet, and this is the medium Ivan on Tech Academy has sought to leverage as it caters to its audience of thousands.

Although there are schools and colleges right now that do offer courses on blockchain, the fact of the matter is most of these courses are taught by people who themselves are new to the field. Professors aren’t developers and academicians aren’t thought leaders, which is why Ivan on Tech Academy offers the easiest, most comprehensive way to learn and understand everything blockchain. 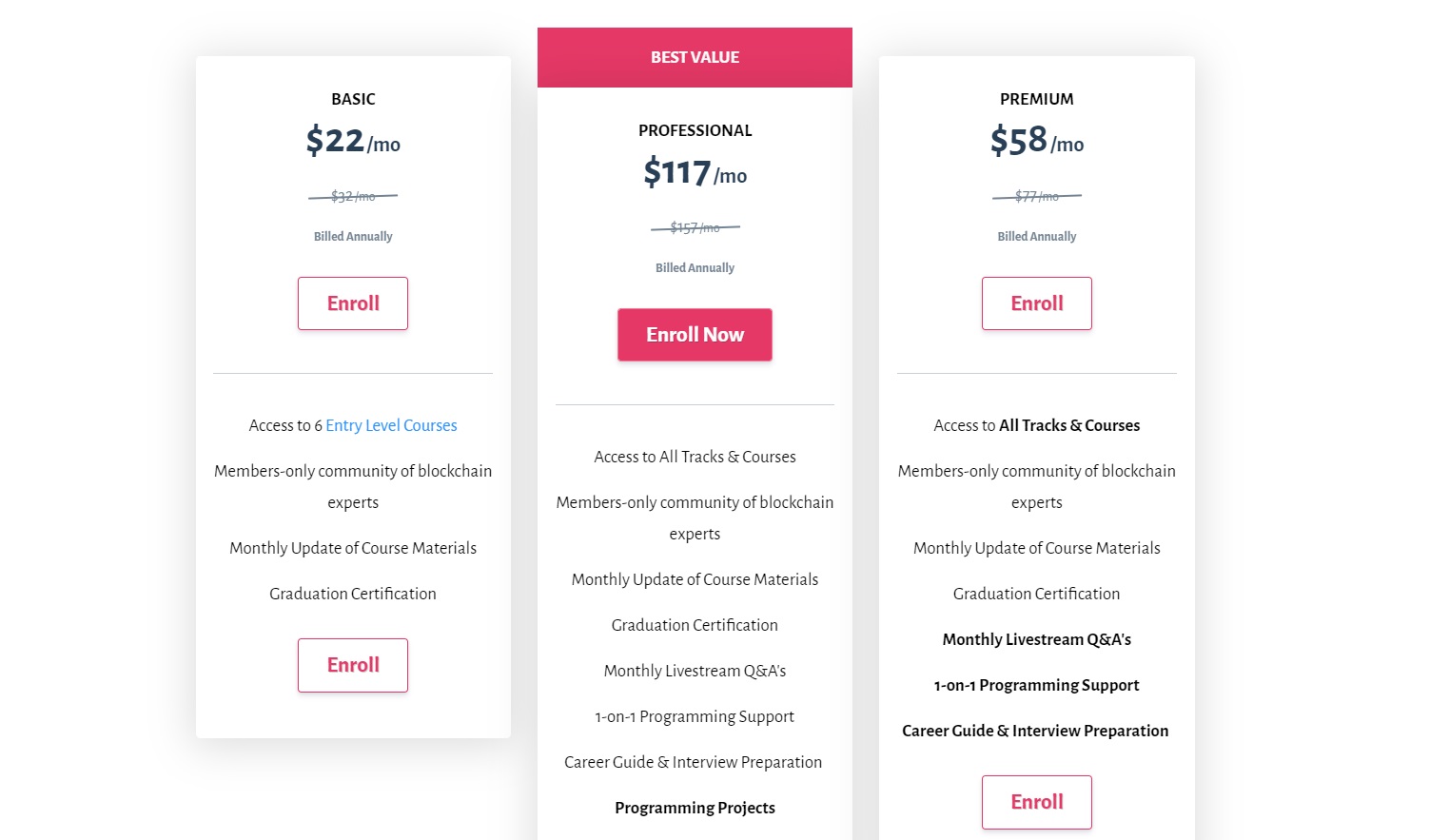 In fact, the Academy’s pricing model makes it an even better choice, with the platform offering Basic, Professional, and Premium plans that cater to every individual’s needs. Depending on the plan, inclusions may include Access to all Tracks and Courses, Livestream Q&As, 1-on-1 Programming Support, Career Advice, and even a Student Counselor.

For certain plans, the platform also offers a 14-day moneyback guarantee if a user is dissatisfied with the educational content presented to him. 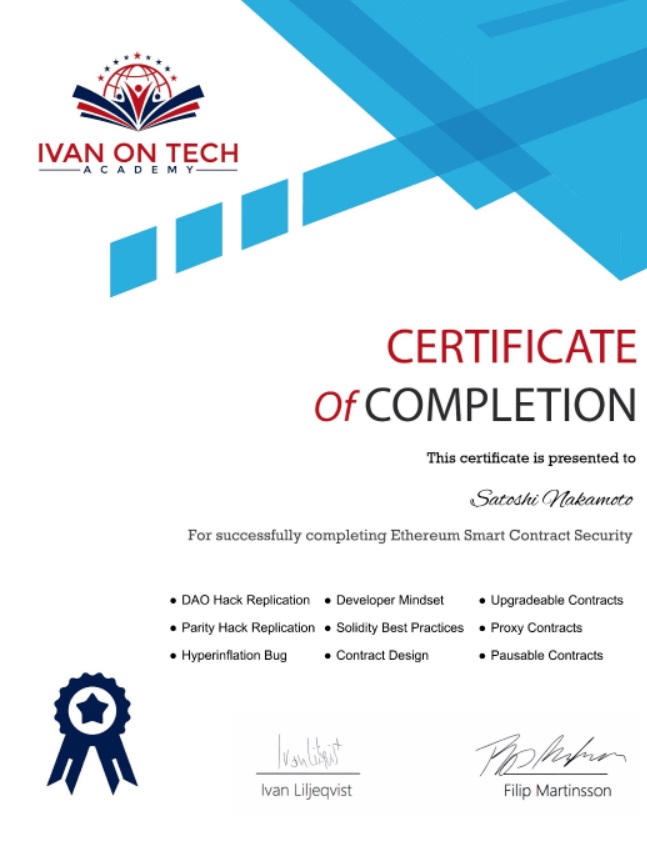 What’s even better is that if you enroll and complete any course on offer on Ivan on Tech Academy, you’ll be given a legit Graduation Certification, one signed by founders Ivan Liljeqvist and Filip Martinsson. That, in itself, is a pretty neat incentive.

Finally, the Academy also works if you’re just looking for a basic overview of important concepts. That’s where the Academy’s Blog section comes in, with the platform presenting such articles on a timely basis, free of charge, to anyone and everyone.

All aspects considered, Ivan on Tech Academy is worth a shot. It’s a useful tool for newbies and experts alike, one that caters to different learning needs differently.

Disclaimer: This article is not a paid post, and it should not be considered as advice. Do your own research before signing up.