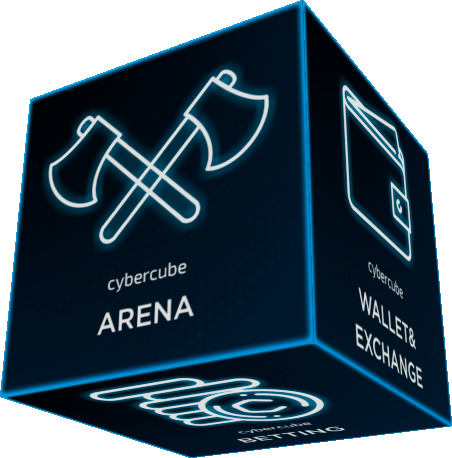 eSports today
“Gaming seems to be getting the acknowledgment of being, arguably, the world’s favorite pastime”
In the eight months following its release in March 2017, PlayerUnknown’s Battlegrounds, one of the world’s most popular gaming titles, made $712 million, indicative of eSports robust growth and strong health, as well as its potential to continue developing into a multi-billion dollar industry. Large investors, well-known brands, and leading technology companies are increasingly choosing to invest in this dynamically developing market, reaping huge profits in the process.
But for players, eSports’ meteoric rise has had a more varied impact. Whilst most players are casual enthusiasts, for those seeking to break into the upper echelon of eSports, the prospect of doing so is becoming increasingly daunting. For example, with over 34 million players (and growing) in the US spending on average 22 hours a week playing a number of titles, such as Dota 2, League of Legends, and Counter-Strike: Global Offensive, as few as 15,000 of such players make up the highly lucrative professional scene, with some earning in excess of $100,000 a year from gaming.
As a result, eSports can often appear just as elitist as traditional sports, with such a minuscule professional cohort compared to its massive amateur player-base, despite its relatively low barriers to entry. This can be disheartening for those players who strive to develop their skills in order to break into the professional scene, discouraging them from taking their gaming beyond the level of a casual hobby. While some existing services seek to provide financial incentives and opportunities to players, such as streaming or betting, they often fail to provide a reliable, quality service to players, whilst imposing high rates on money earns by their users.
So for players either striving to elevate their gaming from a pastime to a potential source of income, or even those who simply wish to turn their hobby into a potentially profitable pastime, it can seem as if few options are available to them.
How can Blockchain technology help?
Blockchain is seeing increasing usage across a variety of markets and industries, providing reliability and security in addition to removing the potential for human error during the processing of transactions. For eSports, the implementation of blockchain technology across a variety of services can help improve reliability, prevent fraud, and ensure user security, allowing multiple services to be provided on one single platform.
By making use of the benefits afforded by blockchain technology and cryptocurrency, Cybercube, a versatile, single-platform gaming service currently under development, aims to provide the various services gamers want and need within one centralized service. Focused around six main services, Cybercube will offer gamers the opportunity to turn a simple pastime into a potentially lucrative hobby, rewarding them for their dedication and skills in a manner previously reserved for a very select few.
Cybercube Arena allows players to challenge one another, be it a duel or team format, placing their own stakes against one another, with all bets and winnings being handled and dispersed by smart contracts. Arena will further allow players to join together and form teams to take part in custom tournaments, competing for user-defined and provided prize pools, as well as taking part in regularly organized tournaments hosted by Cybercube, allowing players to compete alone or together for monetary rewards.
Cybercube Betting meanwhile will allow players to place a number of bets, such as classic, express, extra, and live bets, all of which make use of Clickcoin – Cybercube’s internal, all-purpose cryptocurrency. Smart contracts technology will allow Cybercube Betting to remain secure and prevent fraud, whilst guaranteeing trustworthy match results and automatically allocating cash gains.
Cybercube Events presents a new type of eSports entertainment by presenting live shows such as show matches between famous gamers and influencers and Cybercube hosted tournaments. Events will act as a broadcast service, allowing fans to earn Clickcoin bonuses by streaming these broadcasts across a P2P network.
Cybercube Marketplace will enable players to buy and trade in-game items, such as skins. As the market for in-game items continues to grow, projected to increase from $30 billion in 2017 to over $50 billion by the end of 2022, so too has the level of fraudulent activity within the market, due primarily to third-party services operating as a scam. Others meanwhile utilize complicated and expensive commission systems, often leading to users being overcharged.
Cybercube Marketplace solves these issues by conducting real-time auctions with low charges and no mediators, negating the need for third-party services. Smart contracts and blockchain verification ensures that these transactions are free from fraud, allowing players to exchange items easily and securely. For gaming accessories and peripherals, Cybercube Store allows users to purchase such items using Clickcoin, further internalizing features that would otherwise require the use of a third party service.
Finally, Cybercube Wallet & Exchange ensures that all operations across the various features offered by Cybercube are secure and efficient, thanks to the use of Clickcoin. Users can easily transfer Clickcoin to external accounts quickly and easily, allowing players to cash out their winnings directly into fiat currency, or directly into other cryptocurrencies such as Bitcoin or Ethereum, without the need for additional external services or providers.
Cybercube is a project created by gamers for gamers, aiming to make eSports more accessible, convenient, and secure, offering all gamers the opportunity to earn from their skills and dedication to gaming.
https://www.youtube.com/watch?v=Vm4wfh1Hz2A&t=1s
Click here to know more.

Timicoin/TimiHealth is the first to pay you for your DNA data in the two million Timicoin giveaway!