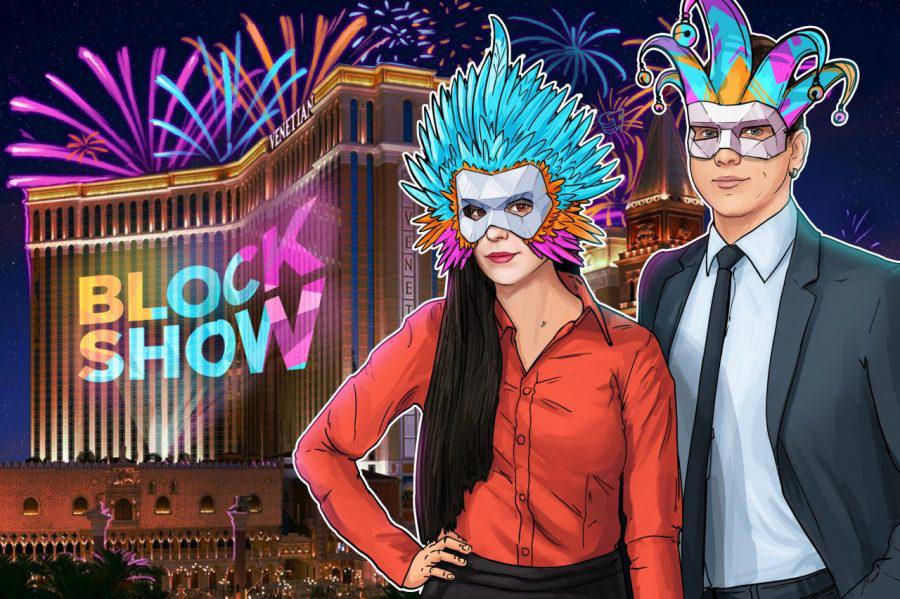 Shortly after a successful comeback to Germany with BlockShow Europe 2018, the team gets to work again and announces BlockShow Americas 2018 – the next 2-day show and the very first one to be held in USA. This time the conference will take place on August 20-21 at The Venetian (The Palazzo), Las Vegas – the city known for the huge number of various FinTech & Blockchain events happening there from year to year.
Better All the Time
This time, just like previous one, BlockShow will bring you the most interesting Blockchain applications, latest sensations, and lots of high-quality content. But there’s much more than that; each new conference is a perfect opportunity for the team to fine-tune those features that work perfectly and bring maximum value to the audience. BlockShow Americas 2018 is no exception to this: right now we can already expect to see such activities as all-day networking, the BlockShow Oscar startup competition, as well as the return of BlockShow Ratings and People Choice awards.

This May, BlockShow Europe was visited by more than 3 000 attendees; the conference exhibition included more than 90 projects, and over 100 organizations and companies provided their support for the event. The organizers claim the figures and scale of the upcoming BlockShow conference to be no less impressive.
The conference inspired tons of publications in the major global media, such as VentureBeat, Forbes, BuzzFeed, Daily Mail and others. With all the innovations, promising projects, stories and experts, BlockShow manages to keep the crowd excited, as well as having a blast organizing and experiencing the further events.
Worth the Waiting

Just like before, BlockShow Americas will introduce the audience to the most innovative releases from the promising Blockchain companies, the most successful projects, as well as in-depth proficient insights on the major Blockchain accomplishments in the global trending sectors, such as Voting & Elections, E-Commerce, Supply Chains, and many others.
However, the upcoming event will also become a platform for some brand new features that promise to bring even more value and fun to attendees and participants. Now, at the current stage of the process, the BlockShow team prefers to keep a secret around any further details, as well as who represents the first batch of officially confirmed speakers; it can be safely said, though, that some more news and updates will follow soon.
This August, BlockShow is bringing together over 100 internationally recognized speakers and experts from banks, governmental institutions and numerous global industries; during single speeches, discussions and panel sessions, all of them will deliver high-quality professional insights, knowledge and more. Moreover, BlockShow attendees can count on witnessing – and maybe even participating – the traditional Startup Competition dedicated to discovering and rewarding the most promising Blockchain-powered companies out there. All the previous editions of the competition rewarded 6 companies with roughly $90 000 in total, and doesn’t seem like BlockShow is going to quit on this!
Finally, the efficient BlockShow networking is not going anywhere, too. Last time, the attendees have held over 7000 private business meeting over both days of the conference, so this time the BlockShow team aimed at making this experience even more comfortable and valuable for the audience!
People talking about BlockShow
For more than a year of existence, BlockShow became a platform for nearly 200 Blockchain experts – even the celebrity ones – to express their opinions and predictions on many aspects of the global Blockchain scene. Some of them have already expressed their thoughts about the BlockShow events:

“I really enjoyed BlockShow Europe. It was great to see a lot of enthusiasm from the attendees and the organisers did a wonderful job. It was very professionally done and everything was on schedule. I think conferences are important to get the word out there, to educate people and help them learn about cryptocurrency and blockchain. This is how we get on-board the next billion people.”

“l’m really impressed with the European crypto conference scene. This conference brought a lot of people together. Coming from San Francisco, it is really refreshing to see. It is exciting. ”

“I think the special part of BlockShow is that it is one of the biggest shows l have been to in Europe in a place like Berlin, the biggest hub for blockchain. The second thing that i really liked about the show is the structure, the layout. There were two rooms for talks, a VIP room, a media room, a food room, and a networking room. That is not usually what happens at shows. We also had amazing speakers like Bobby Lee, Benny Giang and Jimmy Wales. ”

BCIO: The art of building a successful Crypto team

Bloconomic to bring together components of Blockchain economy