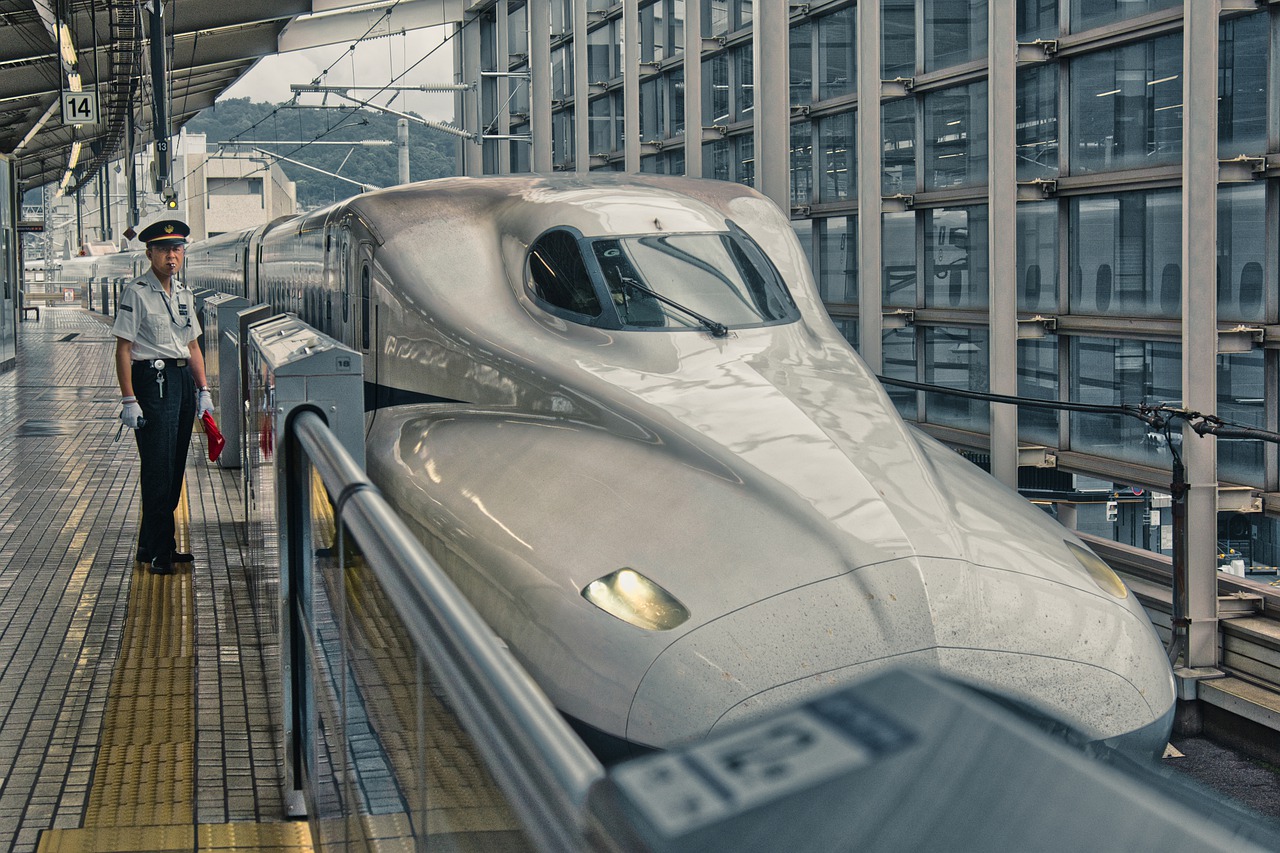 In the past few days, Ethereum has seen its price rise by over 15 percent after having endured a substantial price correction. This has taken ETH back to a price range that is fairly close to its current ATH.

Given the strong bullish momentum in the ETH market and the fact that it has been able to go past a rather strong level of resistance between $2,274 and $2,323 in which  57k addresses bought over 9.85m ETH is an extremely promising sign for the altcoin and may even enable it to register yet another ATH in the coming few days.

While ETH’s price action has been quite promising, the coin isn’t really out of the woods yet. Market data provided by IntoTheBlock pointed out that in the $2451 – $2477  price range, there were over 259.72k addresses Out of the Money, having accumulated 378k ETH. This could result in a sell-off right before ETH hits its latest ATH, once a sizeable portion of traders in the ETH market hit the break-even price. 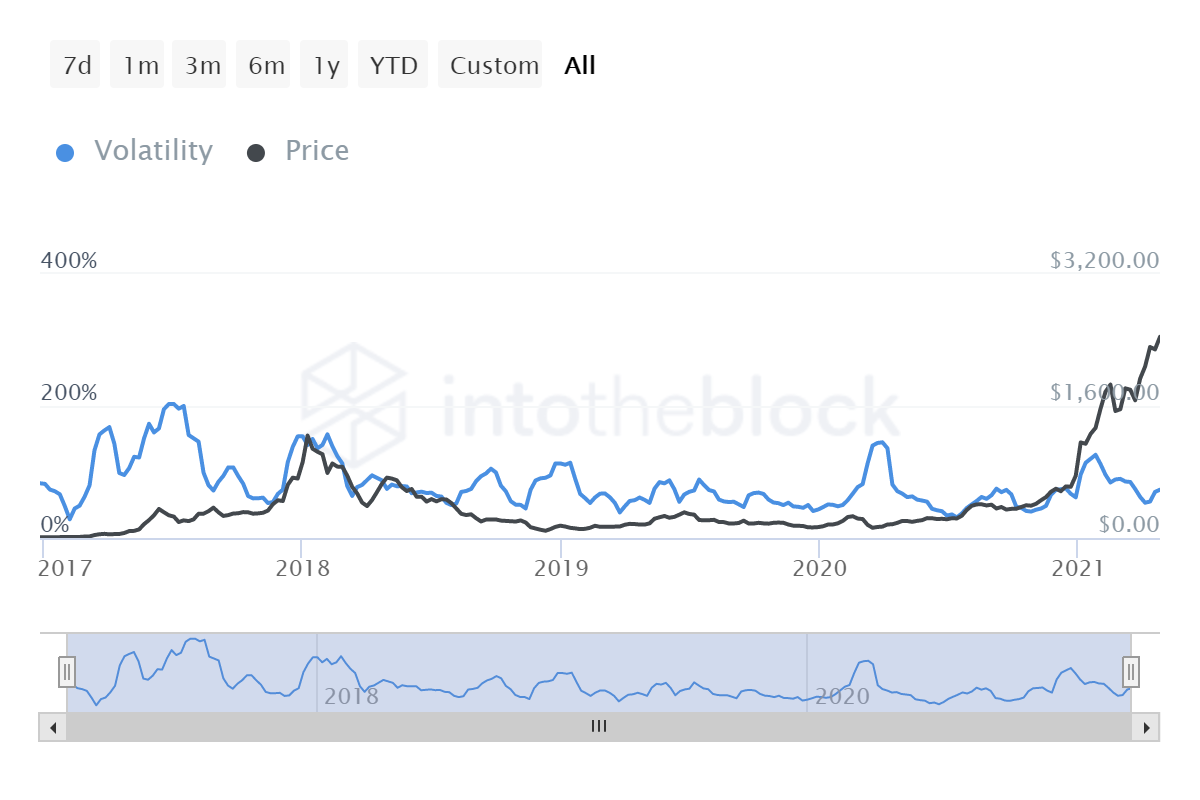 Interestingly, in a break away from previous trends, this time around as ETH’s price rallies, the coin is also seeing a rise in volatility.

Since the start of April, ETH’s volatility levels have been quite low. According to the data available, ETH’s volatility was around 52 percent in the first week of April and has now surged to close to 74 percent. If sellers don’t enter the current market, the addition to significant volatility can benefit the price and help it with further price discovery beyond the current ATH. 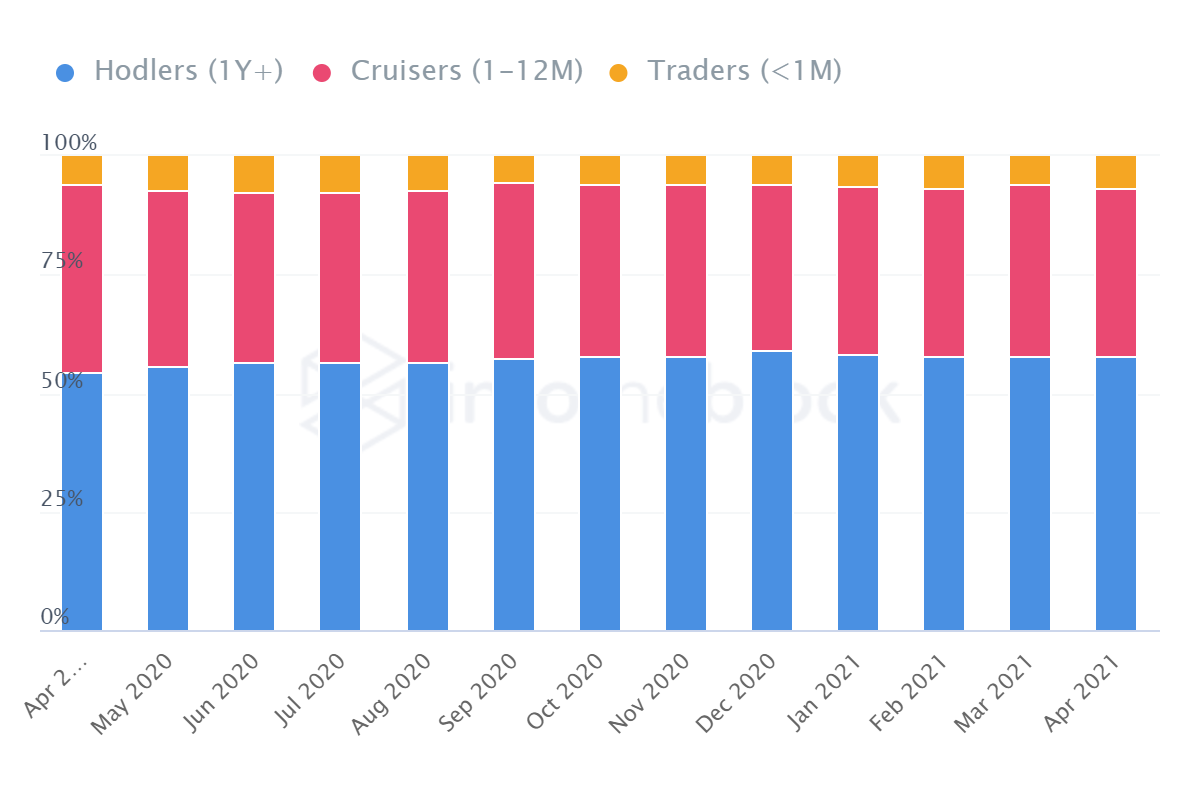 Ethereum’s market has been evolving in the recent past and interestingly, one layer of protection the coin’s price has with regard to limited immunity from an upcoming sell-off is its long-term hodlers. Taking a look at ETH’s ownership data, it is evident to see a significant rise in hodlers who hodl for over a year before selling their assets. This has increased and at the time of writing 57.76% of all addresses have hodled for over a year.

This was enabling a few top altcoins like ETH to maintain investors akin to that of BTC, ones that are investing in the long-term prospects of the world’s largest altcoin. Short-term traders seem to be relatively low and amount to just 6.6 percent according to market data.

Etherscan also reported a substantial surge in ETH’s active addresses in the past few weeks and strong fundamentals have always helped ETH’s price. At the time of writing, ETH is close to yet another key price range around $2500 and as long as there isn’t a significant market shakeup in the coming hours and there aren’t signs of a trend reversal for BTC, a new ATH in the coming days is quite a likely prospect.