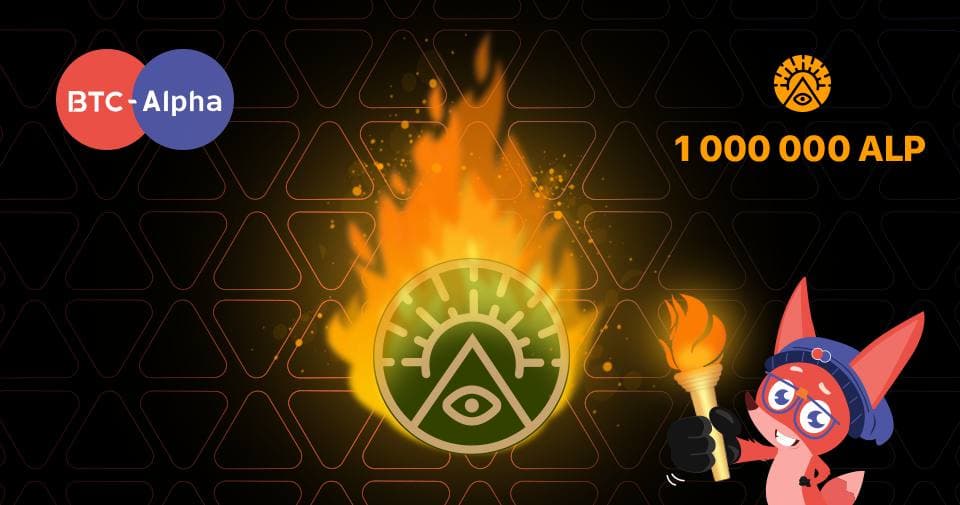 BTC-Alpha, a European crypto exchange, held its first historic token burn. 1,000, 000 ALP Coins, their native tokens, were burnt based on ALP’s trading volumes from the launch of the exchange. The income from the additional products and services paid in ALPs was also included.

The CEO of BTC-Alpha, Vitalii Bodnar, announced a series of major updates and promised to redefine the entire economy of the token. The burn was the start of a new stage in their development.

Vitalii Bodnar shared this historic event on his LinkedIn page. He thanked all the users of BTC-Alpha for their support for the ALP token and their trust in the exchange.

“We are here for you for 5 years already. During this period, we worked hard on providing you the best service and never deceived your trust. The burn of ALP is a breakthrough to a new era in the development of our exchange.”