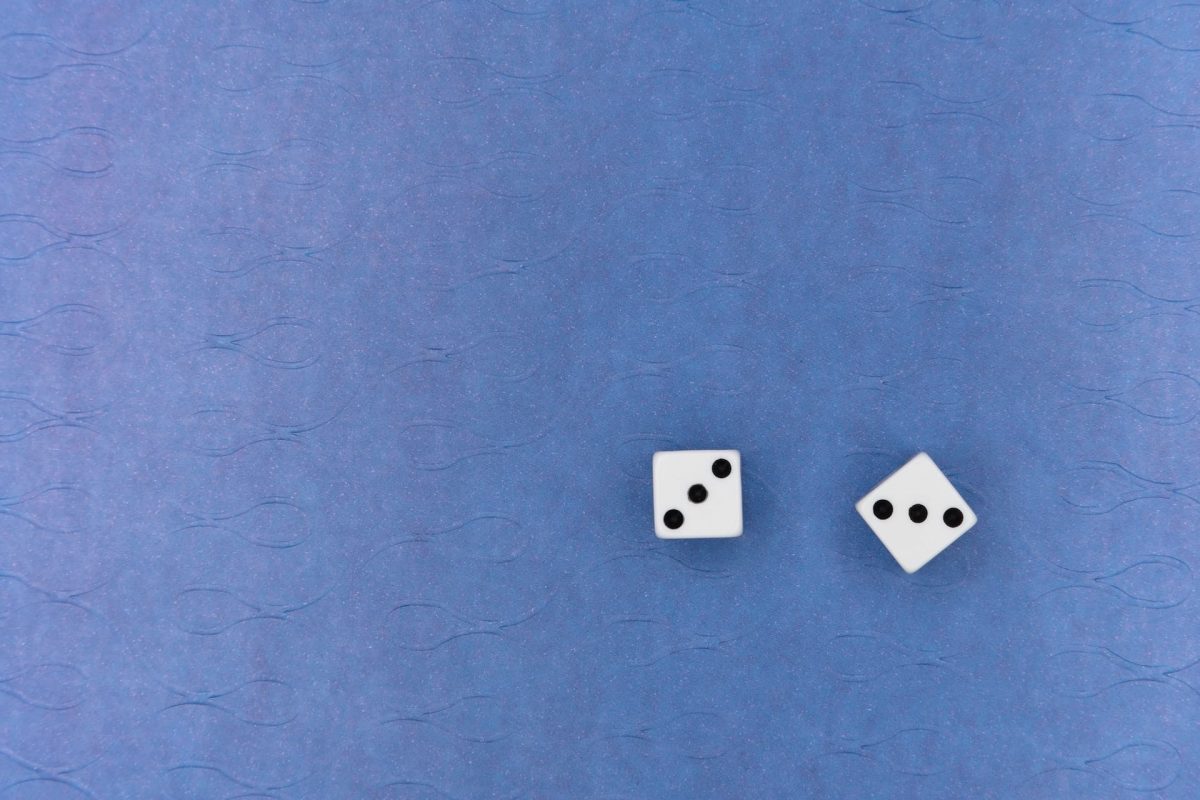 Bitcoin [BTC] continued to disappoint both the bulls and bears as its volatility hit fresh lows as of 7 January. As per a tweet posted by James Butterfill, the head of research at CoinShares, BTC’ 30-day volatility fell to an all time low of 18.7, in the range of popular equity indices like Nasdaq and S&P 500.

This could be taken as a remarkable departure from the coin’s unpredictable behavior exhibited in the last decade.

1/ Bitcoin 30d volatility is the lowest on record at 18.7, a true milestone and lower than the Nasdaq at 25.7! pic.twitter.com/Em1HLqtfX8

The same was reflected in the trading volumes of BTC which has diminished gradually since the FTX-induced market volatility phase in mid-November. At press time, the volume dipped by almost 3% since 6 January, per data from CoinMarketCap.

Furthermore, upon considering BTC’s price chart on a daily time frame the king coin oscillated within a tight range between $16,302 and $17,382. The converging Bollinger Bands (BB) along the mentioned range reinforced the notion of low volatility. 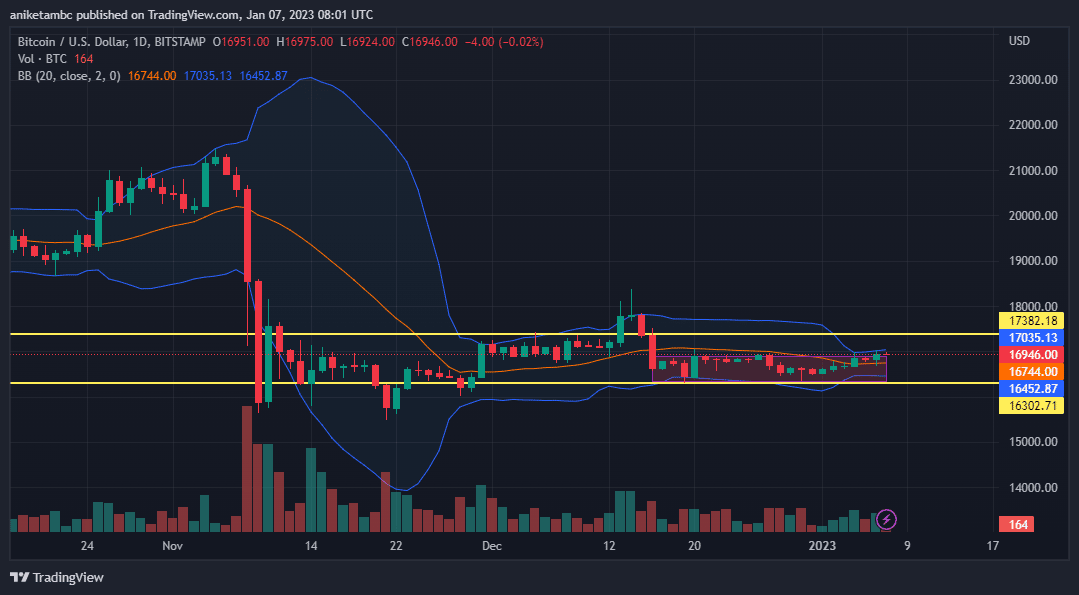 Where does BTC go from here?

Analyst Charles Edwards, founder of Capriole Investments predicted a big move for BTC but only when it breaks out of low volatility. He shared a chart which correlated Bitcoin’s volatility with historical price data and suggested that the new trend after the low volatility phase tends to last longer.

“Bitcoin is currently trading at a major low in volatility. Generally, when Bitcoin breaks out of extremely low volatility, the ensuing trend tends to last. Don’t fight the trend on the next major move.” 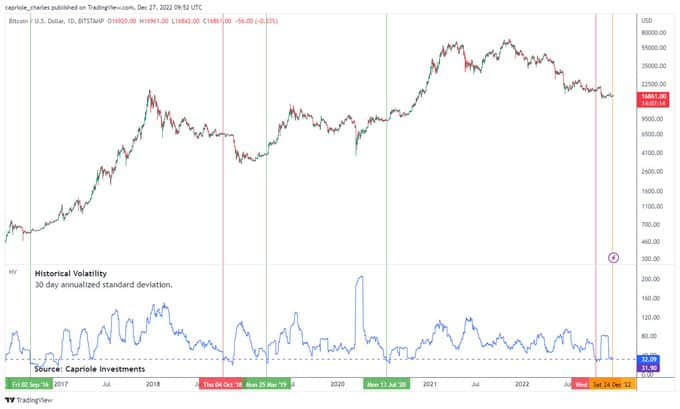 Furthermore, crypto analyst ‘Crypto Rover’  stated that this low volatility phase will continue for a longer period of time.

The volatility of #Bitcoin is so low…

This is the ultimate signal of a bear market.

Be prepared for many more days with low volatility this year.

Has on-chain activity tapered down?

The rate at which coins moved on the network progressively dropped in the last month. This aligned with the drop in trading volume seen earlier. 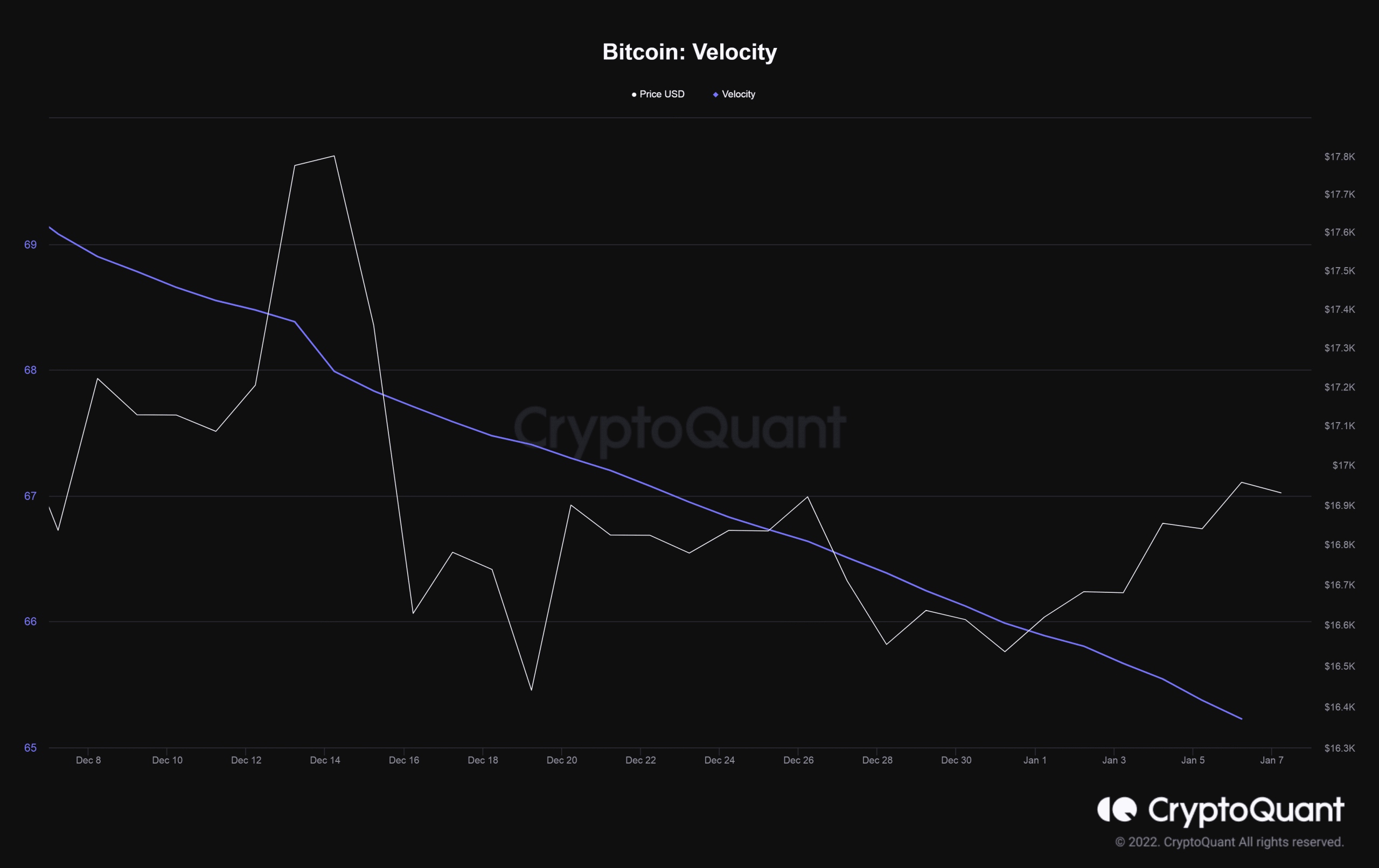 Additionally, the Exchange Whale Ratio which dipped below 0.4 in the first week of January showed signs of recovery. The reading from the metric, which measures the top 10 inflows to an exchange, suggested that whales played the wait-and-watch game owing to a lack of clear buy and sell signals from the market. 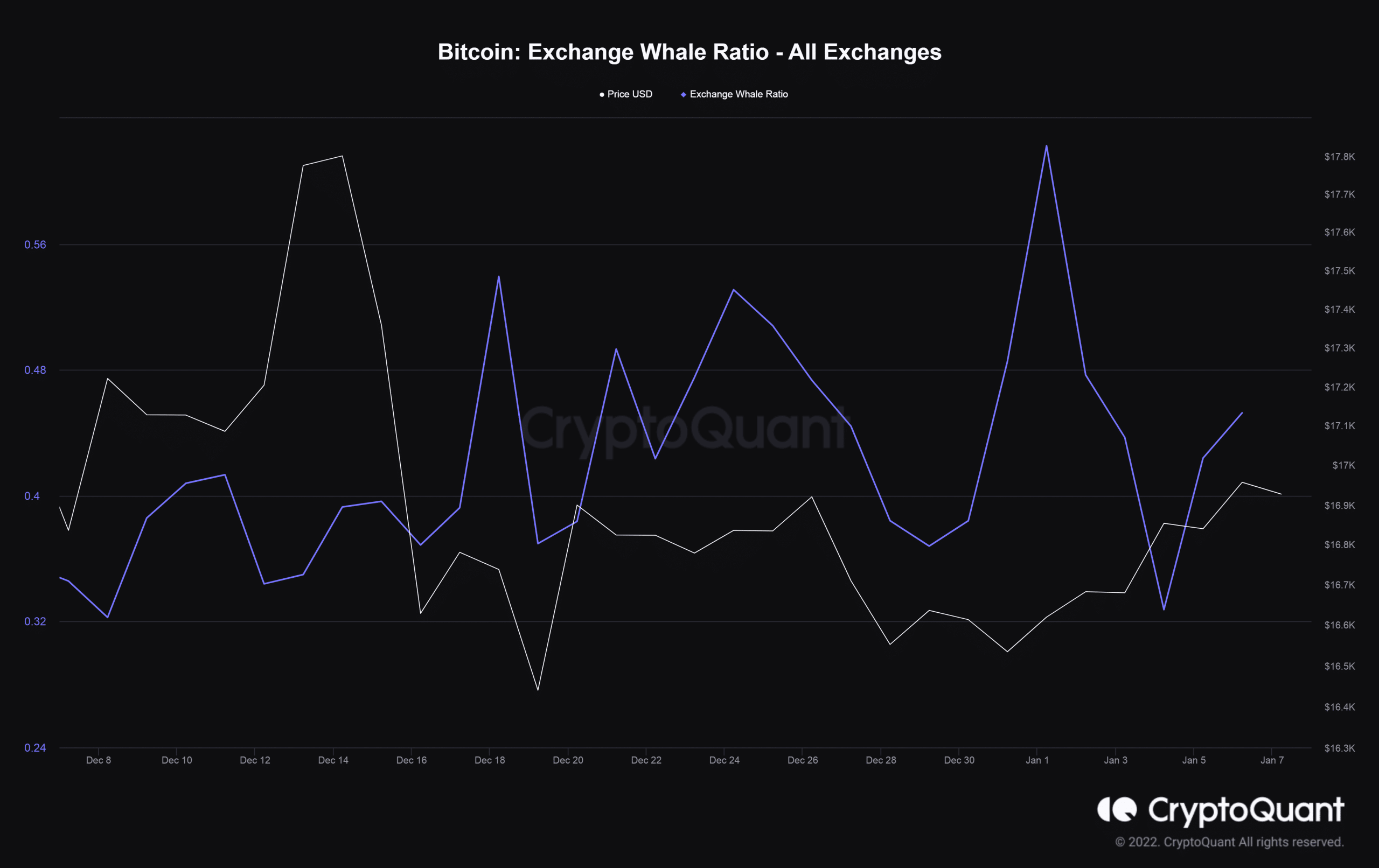 The number of open positions remained consistent over the past week which lent credence to the low volatility phase. 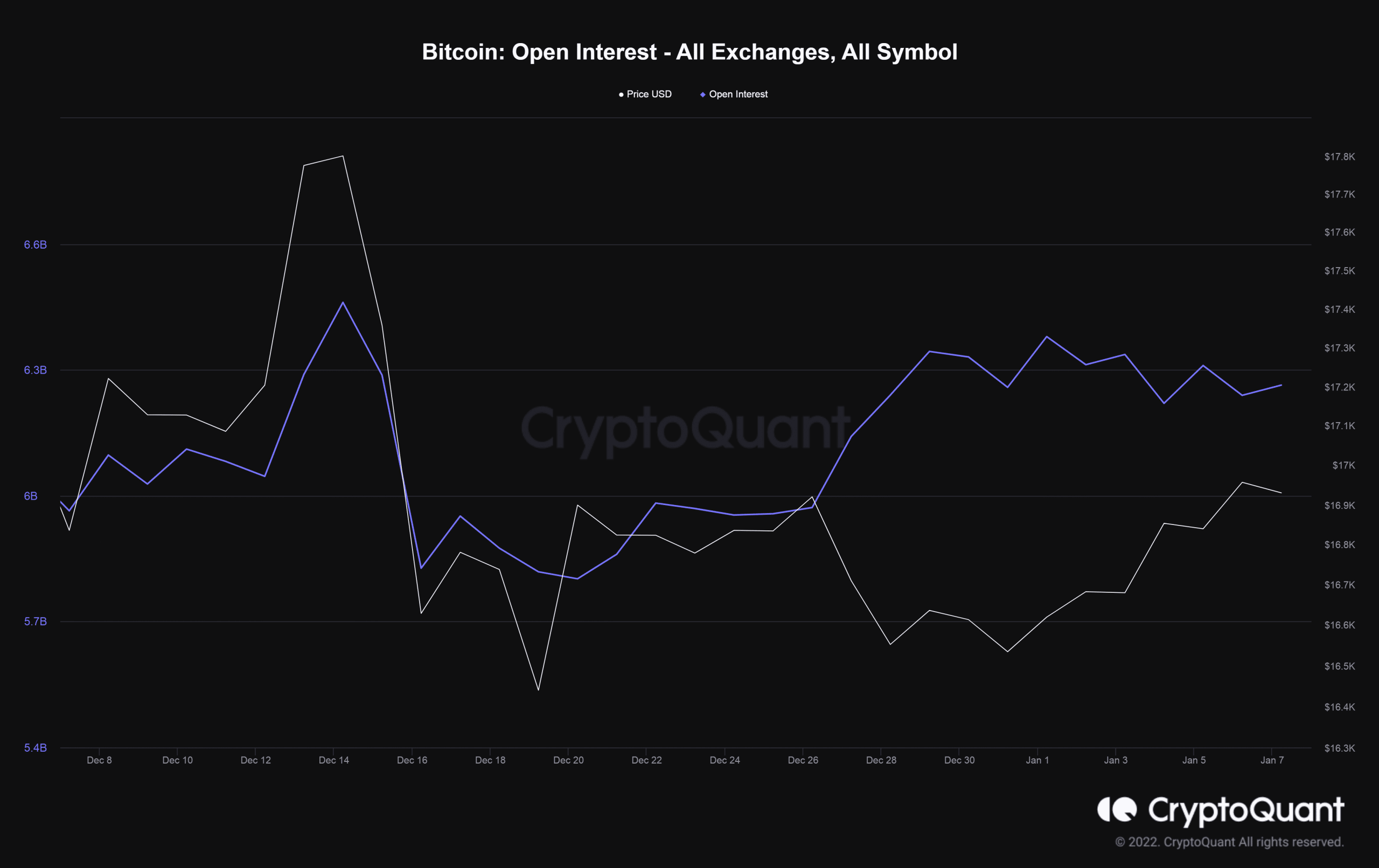 Bitcoin has earned the reputation of being one of the most volatile currencies in the market. Buzzwords like ‘Crypto Wild West’ became popular for describing the untamed price swings in the brief history of the coin.

However, its volatility now has started to mirror the more traditional financial instruments in the market. Will this strengthen Bitcoin’s idea as a legitimate, secure, and stable currency in the future? 2023 may have all the answers.

How many hits could Avalanche [AVAX] take from this recent development?