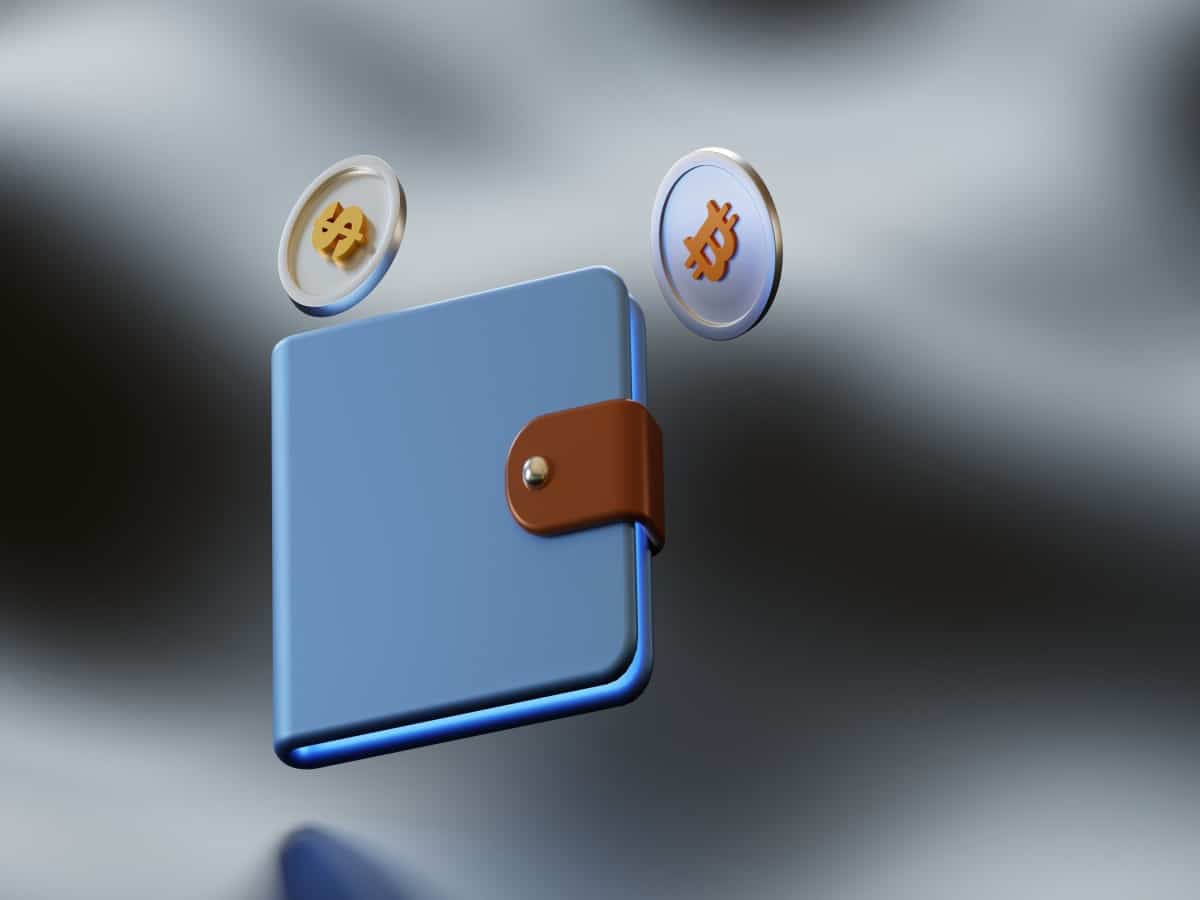 According to a new report by on-chain data provider Glassnode, leading coin Bitcoin [BTC] kicked off the 2023 trading year with an extremely low realized volatility.

Realized volatility is a measure of the volatility of a cryptocurrency asset based on historical prices. The metric is deployed toward determining the extent to which the price of an asset has fluctuated over a specified period.

Low realized volatility suggests a relatively stable market and can be an indication that investors have a higher degree of certainty about the value of an asset.

According to Glassnode, in previous cycles, extremely low realized volatility of BTC’s price triggered explosive movements in both bullish and bearish directions.

For example, in November 2018, the severe decline in BTC’s realized volatility immediately preceded a 50% price drawdown in under 30 days. Whereas, in April 2019, the low realized volatility led to “a rally from $4.2k to a peak of $14k in July 2019,” Glassnode found. 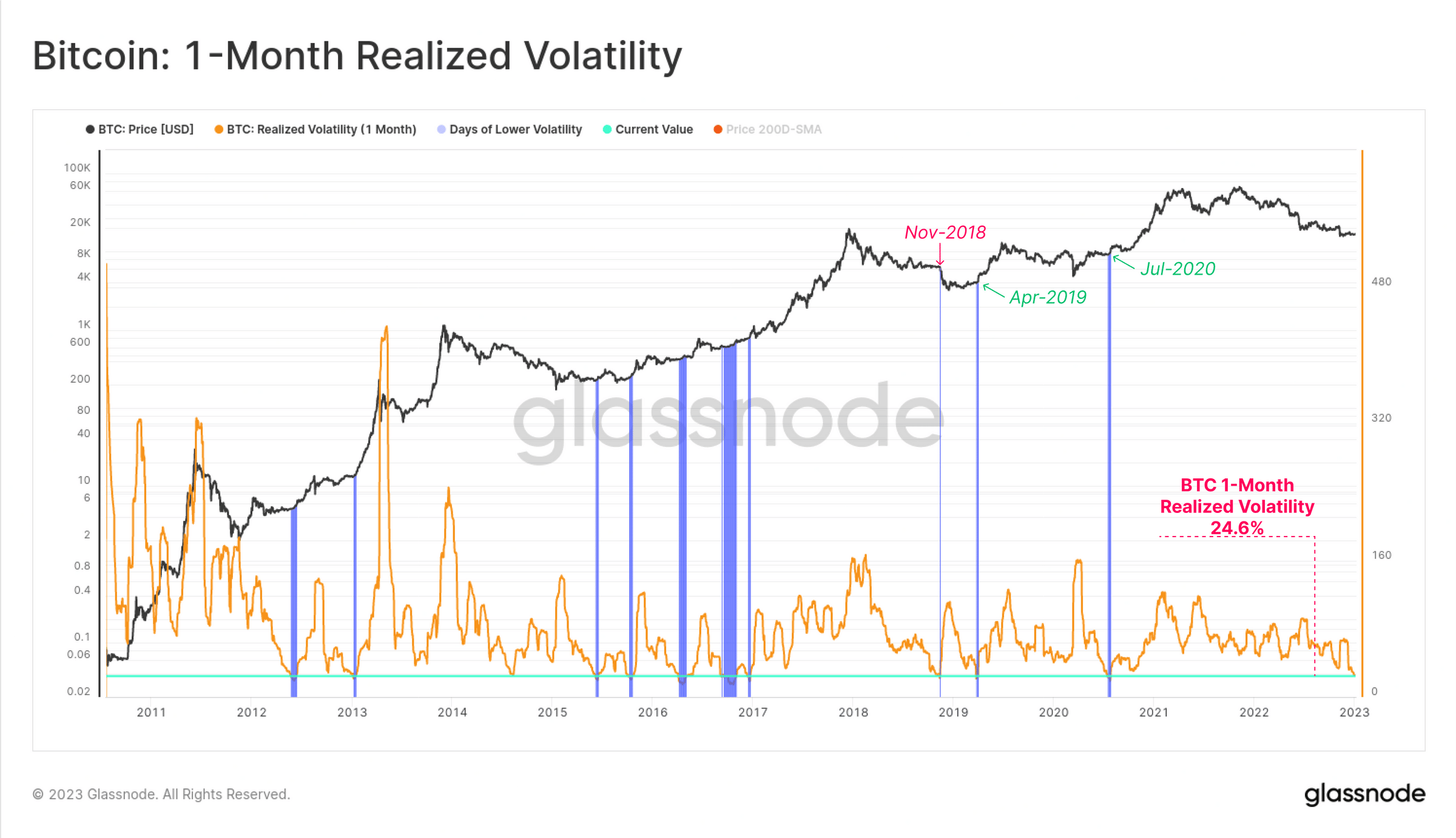 In the wake of FTX’s collapse last November, BTC saw a surge in new addresses as many took advantage of the price decline to “buy the dip.” However, Glassnode found that the count of BTC new addresses has “since cooled off noticeably.”

“The monthly average of New Addresses is returning toward the yearly average baseline, indicating that network usage is yet to establish a convincing and sustained recovery,” Glassnode stated.

Glassnode observed that during the bull market cycles of 2019 and 2021, there was a sustained increase in the number of new buyers for BTC. This contributed to the cryptocurrency’s appreciation in value during those times. 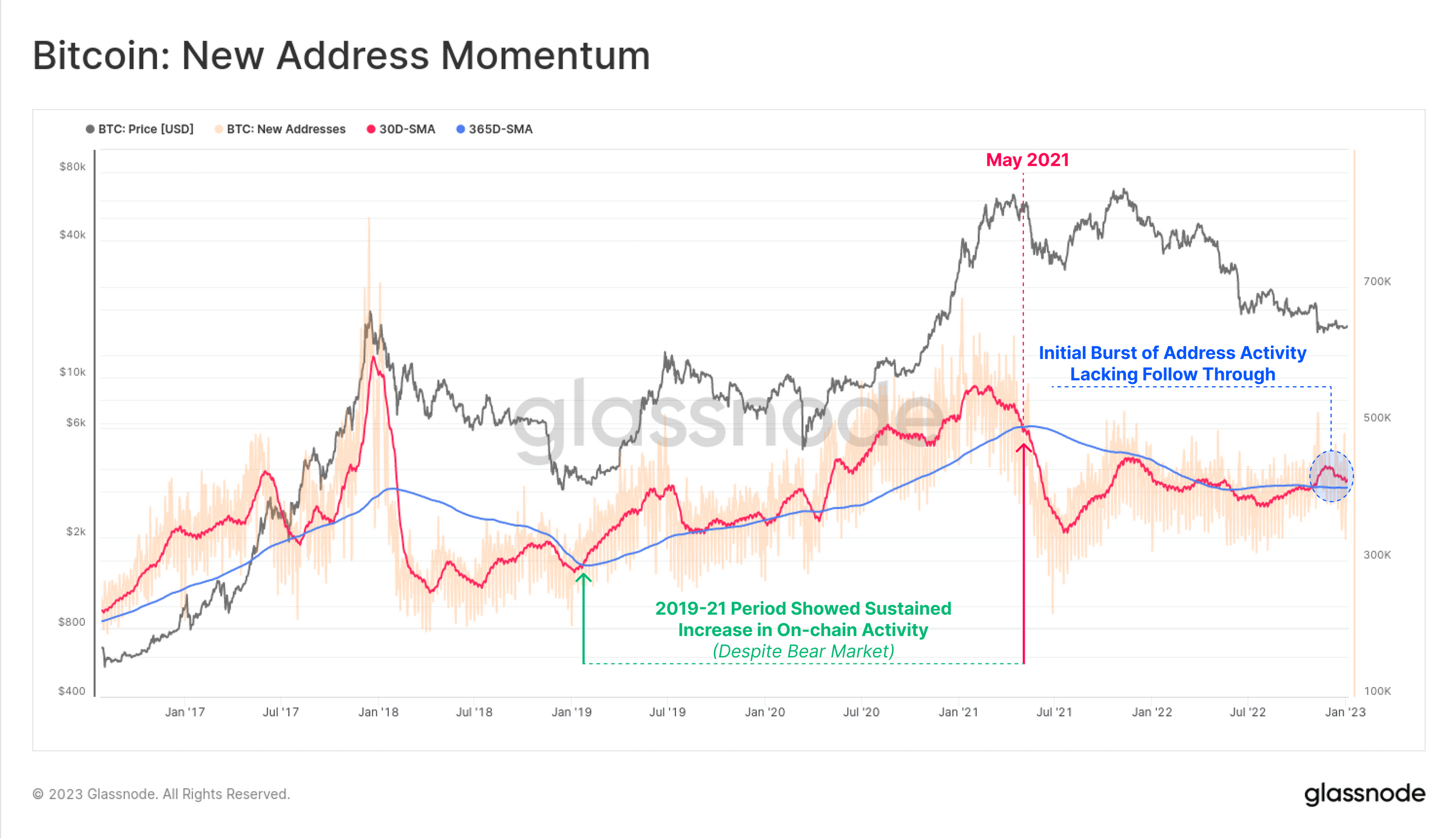 In addition to a decline in address activity on the BTC network, Glassnode noted that the total USD value processed by the Bitcoin network “has been in free-fall.” The severe drop decline in daily transfer volume could be attributable to the exit of institutional-sized capital from the BTC market following FTX’s collapse.

The report stated further that the large transfers of $10 million or more have significantly decreased and are no longer dominating the transfer volume of Bitcoin. For example, before the collapse of FTX, 42.8% of the volume came from large transfers, but this number dropped to 19.0% as of 10 January.

This trend indicated a slowdown in institutional investment and a loss of confidence among this group of investors. Additionally, it could indicate the departure of capital associated with the controversial FTX and Alameda entities, Glassnode opined. 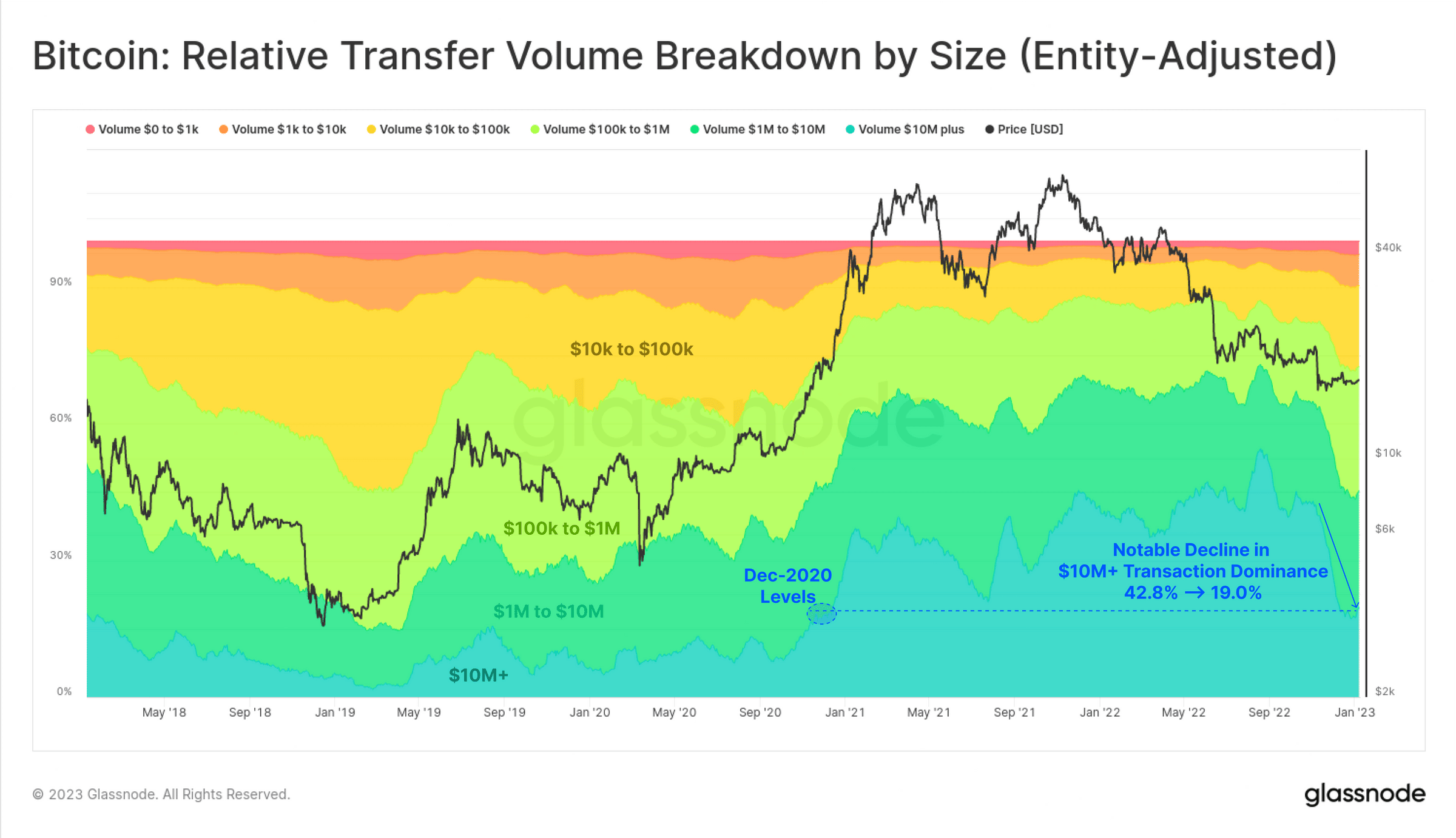 With regards to mining on the BTC network, Glassnode said,

“Demand for Bitcoin blockspace continues to remain weak, with negligible upwards pressure on the Bitcoin fee market. The 4-yr Z-Score of miner revenues is yet to make any noteworthy progress back towards positive territory, and remains -0.67 standard deviations below the mean.” 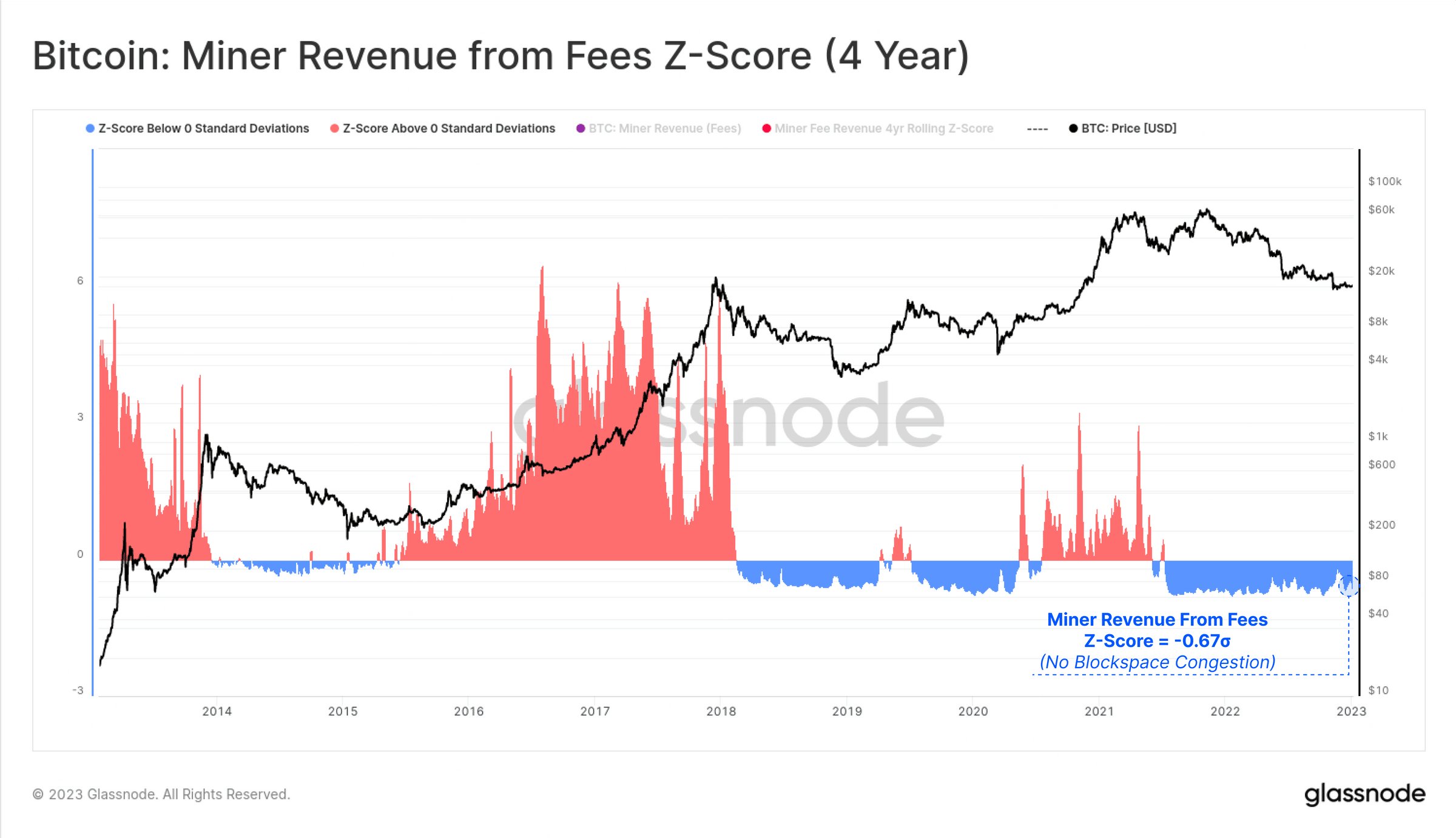