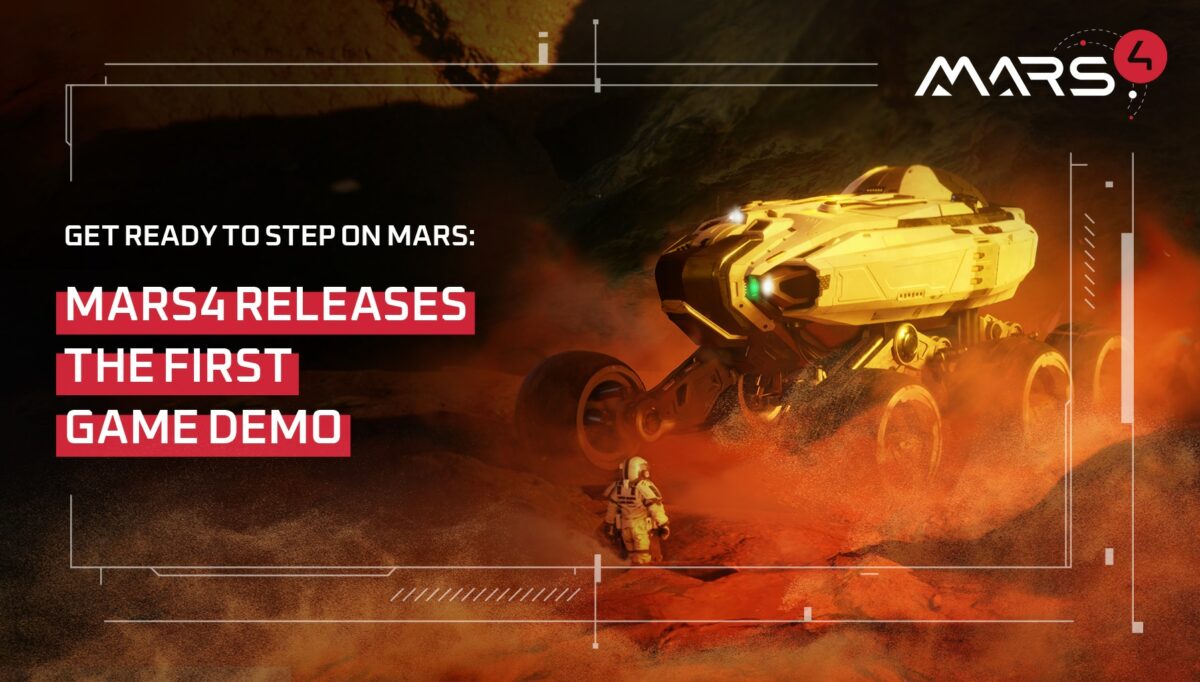 The first trial version of Mars4, a play-to-earn survival game, is now ready for Mars4 landowners. In this game, players will be able to learn essential mechanics and build their first Mars station or any other building. Mars4 is organizing a construction competition to add to the excitement: build, submit, and win rewards!

While crypto games offer a great deal – earning from playing the game – most of them have received well-deserved criticism: they are just not interesting.

The Mars4 project aims to create a game that is both fun and engaging. It’s a AAA PvE game with a scientifically-inspired environment.

In the game, users mine for materials, explore their land for the best spot for their station, and build various structures to improve their chances of survival. Users can become pioneer colonists and terraform the Red Planet, gather into habitats, and earn money by playing the game.

Mars4 has classic gaming feel to it, but it also includes a play-to-earn element, making it the best of both worlds.

What NFTs does Mars4 offer?

With Mars4, users can obtain a piece of Mars land as an NFT. Later in the game, the former will be free to explore their property, dig the resources from it and even terraform it.  These Mars land NFTs are analogous to the Red Planet out there since NASA data was used to construct them.

In the near future, more in-game NFTs will be added. They’ll include a wide range of things such as vehicles and avatars (colonists). These assets will enable gamers to make significantly more money in a shorter amount of time.

There are two ways to profit from Mars4: passively and actively.

Passive income is earned from the community pool, which is a revenue-distribution instrument. MARS4 dollars are continually contributed to the community pool from a variety of sources, including sales, in-game transactions, and advertising. Landowners have the option of opening the community pool and dividing the contents among investors. The productivity score, which improves as a result of gamers’ investment in Mars4, determines their portion of the community pool. This way users will earn more money if they have more NFTs (in-game and land).

The game is a source of active revenue as well. To acquire MARS4 dollars in the game, gamers may trade various items and complete tasks for other players. Users could, for example, also become a driver and transfer resources around the globe for other players with their vehicle NFT.

Play-to-earn: The bright future on the horizon

Many NFT games are in their initial stages of development with undetermined release dates. It’s hardly surprising given how new the trend is. Since developing a game requires a lot of time, money, and specialized knowledge, we will not be able to play a lot of these games any time soon.

This is where Mars4 stands out: the game demo is available right now. In the demo, users get to build various constructions on Mars. The best projects will be rewarded as well, as Mars4 is planning to host a building competition.

Mars4 is making great progress toward creating a fully immersive Mars metaverse experience that incorporates blockchain technology. The fully finished game is expected to be released next year. The Mars4 team intends to release game versions before launching the whole metaverse. This is done to collect feedback and aid early players in mastering the game’s mechanics.

Mars4 is an example of Web3 since it gives participants the tools they need to govern the project and benefit from it. It combines the fun aspect of traditional gaming with a play-to-earn mechanism created by blockchain technology to provide the best of both worlds: an entertaining AAA game that allows participants to earn money. Since other games are still in the early stages of development, Mars4 is releasing the first game demo and leading the P2E market.

Now is a great time to join the rapidly increasing community and play the Mars4 game for the first time! To add to the excitement, Mars4 will conduct a construction competition that any landowner can enter.

Celsius may be market’s Achilles heel, but why then did CEL rally by 100%