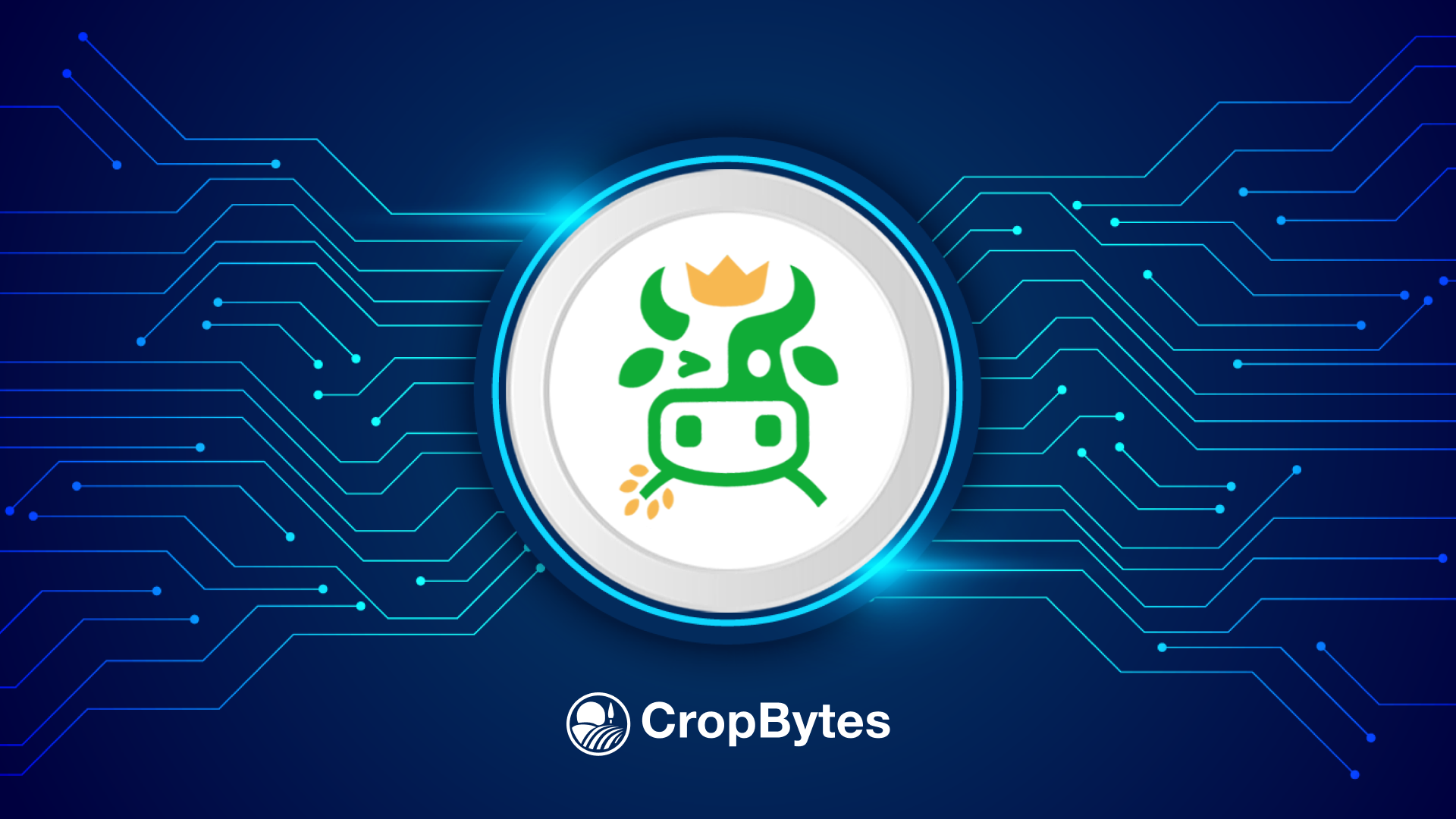 While the virtual gaming space has seen tremendous growth in the past few years, there is still a lack of connection between the real world and virtual games. After the blockchain revolution, many virtual games have incorporated blockchain and cryptocurrencies into their platforms and yet most of them don’t have a strong economy that backs the progress of the game. They also fail to utilize the full potential of blockchain and cryptocurrencies through their games due to the same reason.

CropBytes is creating a virtual world where users get a chance to become a part of a virtual ecosystem that lets them earn real-world money through gameplay.

While the virtual gaming space has seen tremendous growth in the past few years, there is still a lack of connection between the metaverse and virtual games. After the blockchain revolution, many games have incorporated blockchain and cryptocurrencies into their platforms and yet most of them don’t have a strong economy that backs the progress of the game and the gaming community.

CropBytes is creating a metaverse where players get a chance to become a part of a virtual ecosystem based on a balanced economy, that lets them play and grow their in-game crypto portfolio.

CropBytes is a crypto farming game that was launched in 2018 and has been growing ever since. Today it is one of the few Crypto games to be available on Android, iOS, and the web.

The game is built with a sustainable economy, at the center of which lies the CBX token. The gamers community loves the farming and strategic business challenges to play and grow their crypto farm. In this virtual farm, players grow crops, raise animals and produce goods to build their crypto farm.CropBytes has created real value for gamers around the world in the form of virtual currency.

The game has 3 types of players who can start playing the game as any of the following:

All assets in the game have their own value and intrinsic functions thereby contributing to the ecosystem itself. When a player performs activities in the game, they collect extracts, and these extracts will be converted to the CBX token which in turn can be used in the game to buy fungible assets or other super rare NFTs.

The balanced economy with a mix of Fungible tokens(FTs) and NFTs in the game ensures that there is enough liquidity in the marketplace when players try to purchase or sell assets. This is the beauty of the game, and this has led to many players thriving in the game over the last 3 years.

How is the CBX token integrated into the game? Why will it hold value?

CBX is the native token in the CropBytes metaverse and after the launch, it will act as a multi-functional in-game currency giving users a medium of exchange in a decentralized manner. CBX would be introduced with the goal of providing users with a secure and convenient mode of payment and settlement in the ecosystem. 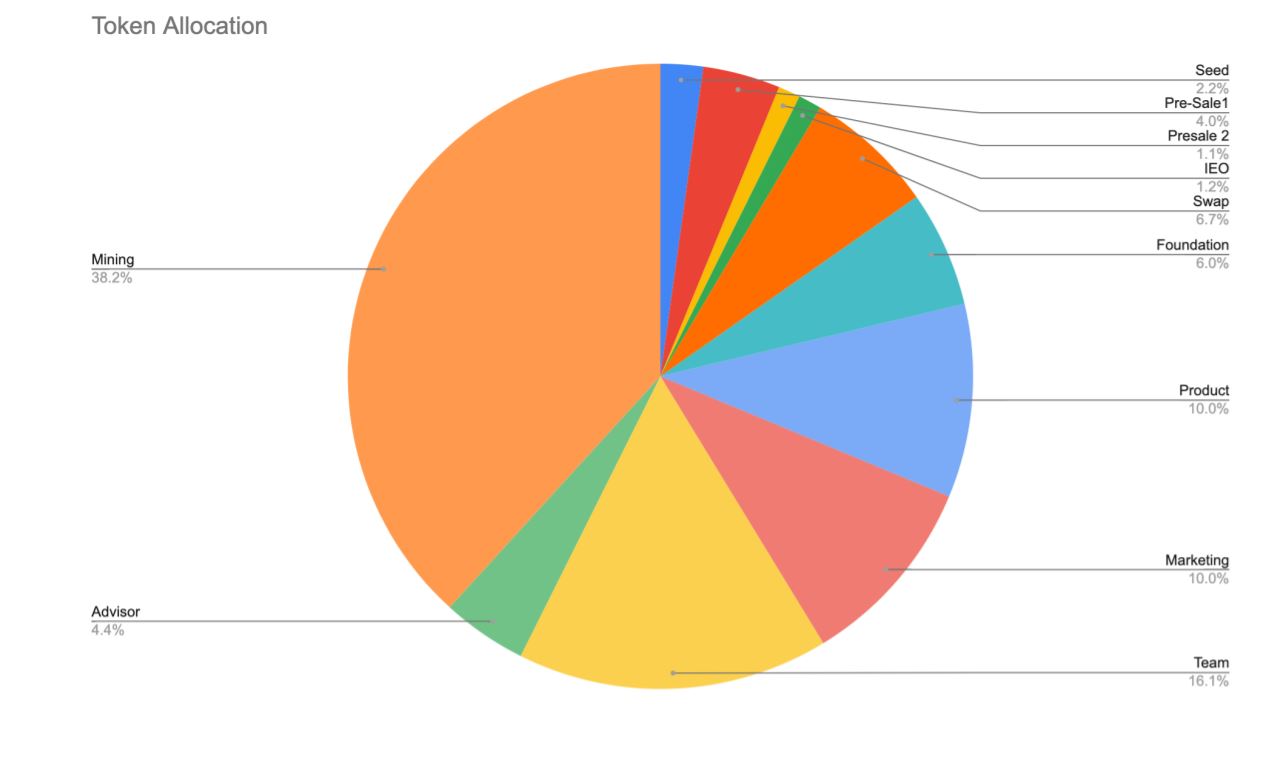 CBX token has a total supply of 500 million tokens. The tokens will be distributed according to the general breakdown shown above. After creation, the unlock period for the CBX tokens is expected to take place in stages over the course of four years.

Players can mine the CBX token by just playing the game and participating in activities and quests. The more progress a player makes, the more they get rewarded. CropBytes also lets players mine CBX when they convert the produce that is generated by their assets and animals.

CropBytes has also made several upgrades to its gaming platform in recent months with a website revamp and an intuitive user interface in Q3 2021. As a part of their roadmap for the next few months, there are new NFTs and use cases for in-game assets, mini-games, thus expanding the game metaverse and now introducing GameFi as well.

Bybit & MEXC have recently announced the co-launch of CBX token on their launchpads on 5th November 2021. CBX token will be the first-ever token on the Bybit x MEXC joint launchpad. With the launch of the CBX token, the CropBytes team now takes its first steps towards decentralization and the next few quarters would be focused on extending this to the users. As more players and users discover and invest in (CBX)CropBytes, it looks like the price of CBX token will appreciate in the long run.

The CropBytes ecosystem has seen significant growth since its launch. The platform has seen over 250k signups and a trading volume of over 8 million TRX in a month. Apart from this it has over 100k downloads on the PlayStore and has a 4.4-star rating.

It recently closed funding rounds with industry leaders such as Polygon, Kryptos, Exnetwork Capital, Master Ventures, Strip Finance and now they are heading towards their token launch and IEO soon. To know more about how you can participate in the IEO check out the Bybit and MEXC launchpad pages.

Cardano’s partnership with Ethiopia named among 2021’s ‘most influential’