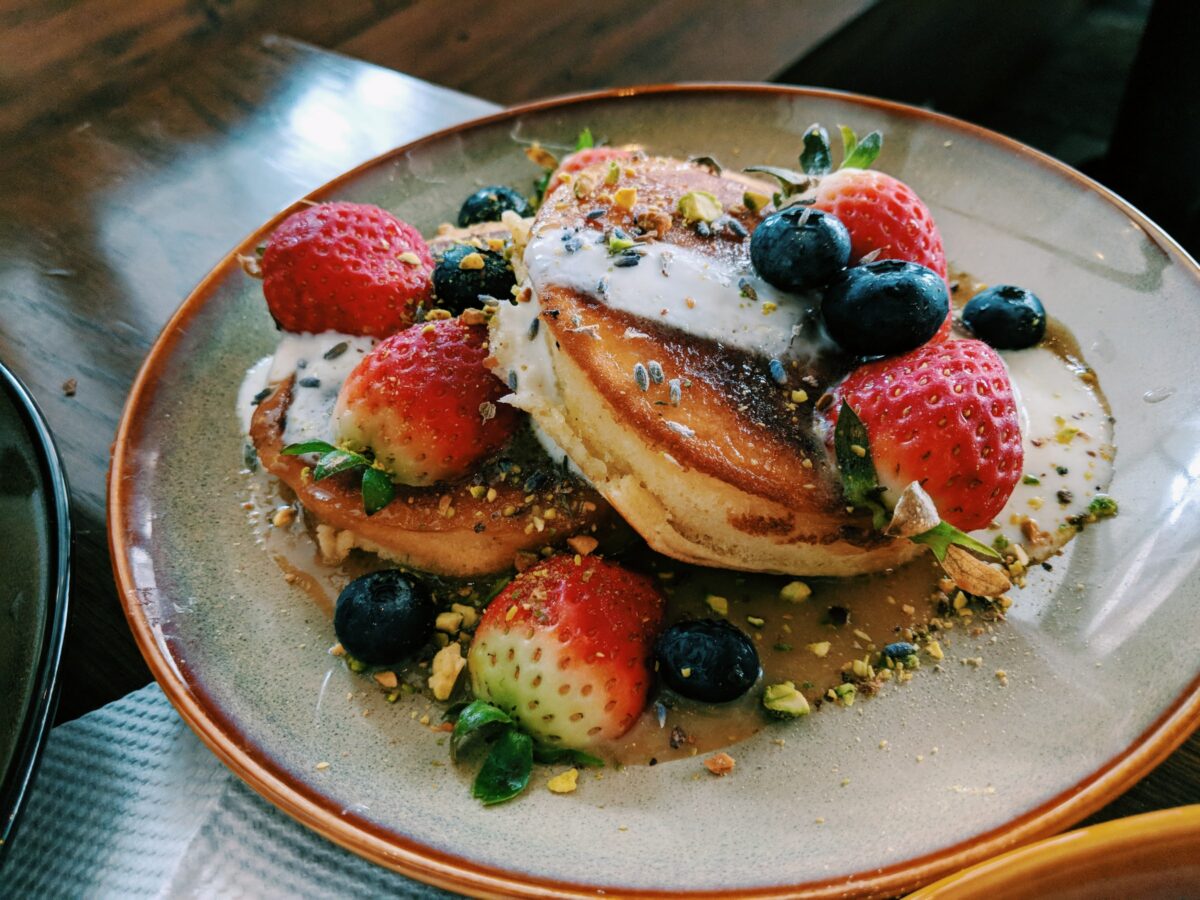 Altcoins are rallying to the extent that Bitcoin’s dominance remains below 50% and the asset is rangebound below $64000. It is likely that the rallying altcoins in the top 25 may be behind the selling pressure on Bitcoin, and the investment outflow from Bitcoin and into altcoins. Retail traders are looking for the next altcoin likely to break past double-digit returns, and in the current alt season, Pancake Swap, Stacks, Decentraland and Polygon are undervalued.

Though CAKE is currently one of the top 5 altcoins with the highest social dominance, the altcoin is currently trading at $37.28, which is nearly 15% away from its ATH of $44.18, based on data from coinmarketcap.com.

Based on data from Messari, CAKE was the highest DeFi performer last week, the altcoin offered a total weekly return of 42%. This growth follows PancakeSwap’s event on April 30, a successful launch of a prediction market. As the number one AMM and yield farm on Binance Smart Chain, Pancake Swap’s prediction market was a successful driver of the price. 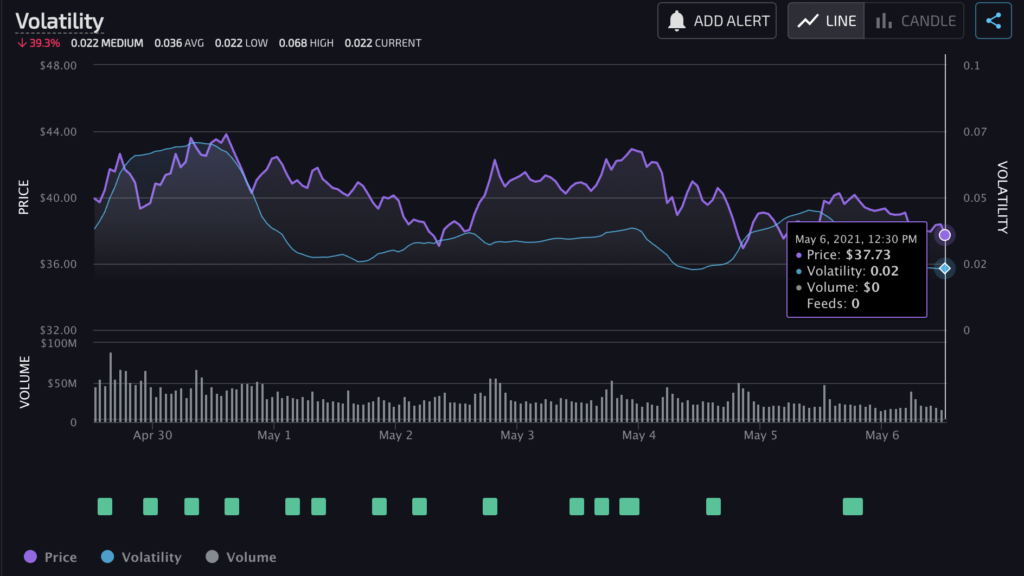 Based on the above chart, CAKE’s volatility has dropped to 0.02, and the altcoin continues to remain undervalued, consolidating 15% away from its ATH.

Similarly, despite a drop in trade volume, Stacks is currently trading at $2.05, nearly 30% away from its ATH and the altcoin has remained undervalued for nearly a month now. STX was a consistently high-volume gainer altcoin for weeks in a row before the trade volume dropped.

This could be indicative of a dropping interest from institutions or whales, however, there is demand from retail traders across exchanges based on market data from coinmarketcap.com. STX’s double BTC rewards have driven the demand, since the opportunity to double Bitcoin as staking rewards was lucrative. 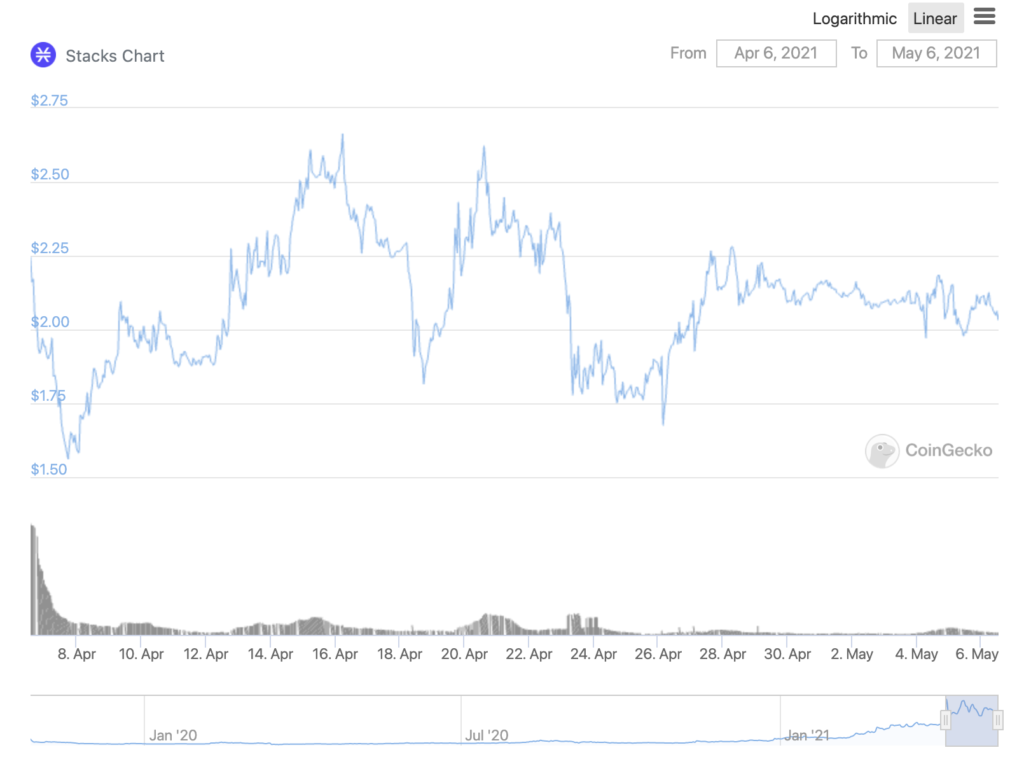 While MATIC has made headlines for weeks now, MANA, though less popular, has started rallying this week. MANA is currently trading at the $1.40 level based on data from coinmarketcap.com. The market capitalization is up nearly 6% and even at the current price level, MANA is undervalued.

MATIC’s trade volume was up nearly 13% in the last 24 hours and the altcoin was rallying. Traders’ sentiment for MATIC is currently neutral. The concentration by large HODLers is up to 92% and MATIC continues to rally, 17% away from its ATH. These altcoins CAKE, MANA, STX and MATIC are undervalued and rallying at the time of writing.

How should traders time entry or exit across Bitcoin, Ethereum, XRP markets?