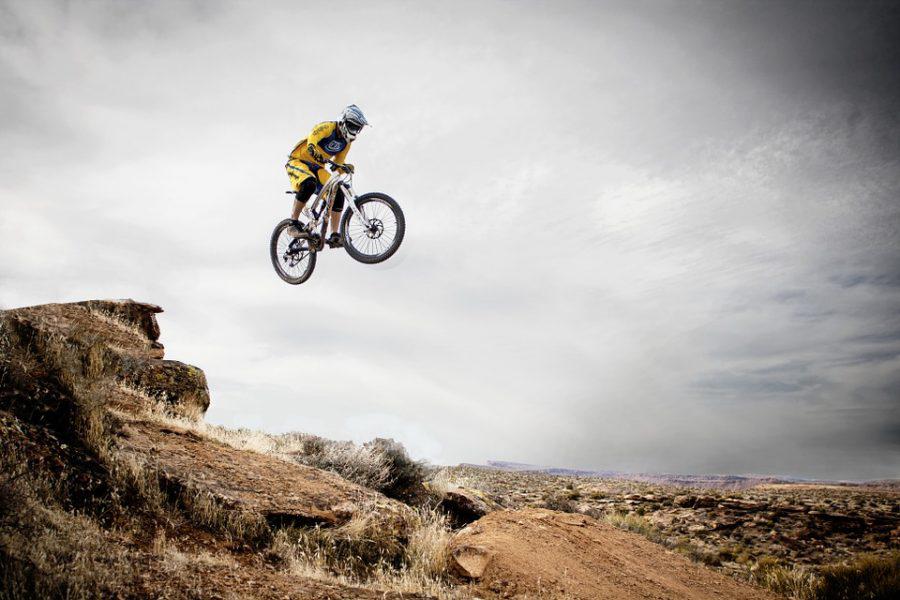 Binance Coin (BNB), the token native to the world’s leading cryptocurrency exchange, Binance, at press time, was finally enjoying some degree of bullish momentum after a long period of consolidation.

Consider this, last month, BNB fell by as much as 59% as the result of a sharp sell-off across the cryptocurrency market. The world’s third-largest altcoin, at the time of writing, was trading around the $415-level, having climbed by over 22% in just one week. Here, it’s also worth noting that the crypto’s transactional volume rose by a staggering 42% in a 24-hour window too.

Reasons for the price hike?

An in-depth report published by Binance blog clearly summarised the reasons behind the token’s recent success,

“The long-term vision for BNB is for it to become the native token on multiple application-specific blockchains. BNB was never intended to replace Bitcoin or Ethereum. To become a true mass-adopted application, BNB must be able to facilitate billions of transactions per day. In its current form(s), we still have a long way to go. We are working on it.”

As per this blog, Binance (BNB) introduced the concept of ‘transactional mining.’ Binance pioneered periodical burning of fees, with the exchange team guaranteeing to destroy the part of tokens generated by fees. It became the one-stop solution both for widespread cryptocurrency services and exotic solutions (Binance Education, Binance Charity).

According to the same, Binance also developed the concept of ‘initial exchange offering’ (IEO), a token sale organized through an exchange instead of the project’s website.

In 2021, it surged 18x in four months. Its all-time high, $686, was registered on major spot exchanges. More recently, the company even aided regions hit by the global pandemic as a part of its philanthropy efforts.

BNB’s social volume also registered a green uptick (+24.5%), with the same projecting a bullish sentiment within the space. 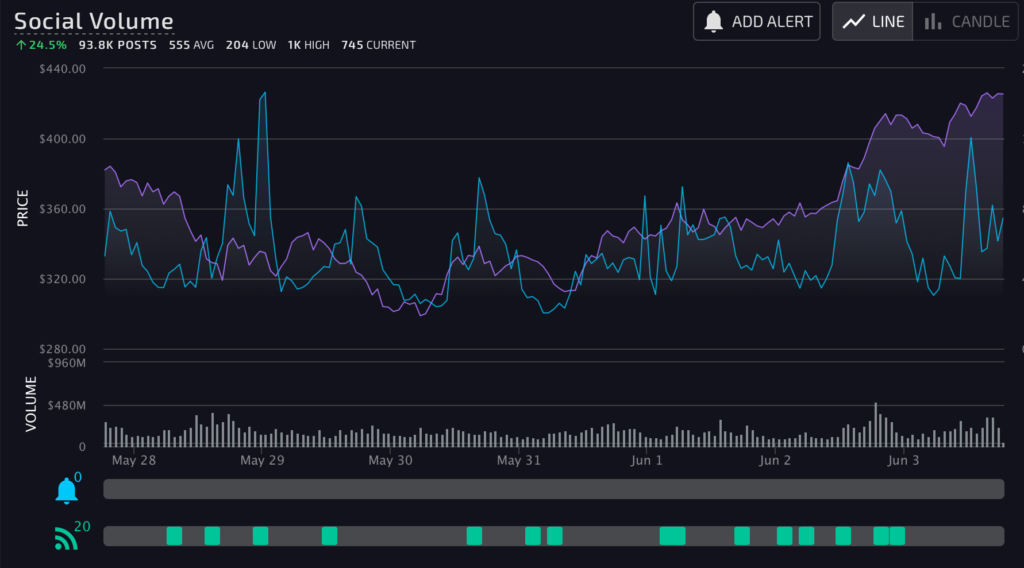 What’s more, the aforementioned bullishness wasn’t limited to on-chain metrics and price charts alone, with many in the community highlighting the same too.

I believe Binance coin $BNB will be bigger than apple or Amazon because it’s a stock, a crypto, and smart chain.

Binance CEO Changpeng Zhao was quick to respond to the aforementioned assertion, however, with the exec only disagreeing with one aspect of the same. He tweeted,

Not a stock, but the other part are spot on. 😜

Where we are going, we don’t need stocks. 🛸

BNB’s market cap, at press time, was $64.8 billion, an impressive value in the cryptocurrency market. Alas, the figure was still well behind the same for Apple and Amazon, both of which had a market cap of $2.09 trillion and $1.63 trillion, respectively.

One can argue that such claims are no more than a far-fetched dream, especially considering the sheer difference in market valuations.

Historically, digital currencies have taken a shorter period of time to attain tops in market valuation than many traditional assets out there.

Consider this – Bitcoin took only 12 years to hit a market cap of $1 trillion (Before corrections set in, that is). Amazon and Apple took a longer time. Similarly, altcoins such as Ethereum may soon be on their way to hit the said level too.

Binance’s CZ shared the same sentiment when he tweeted,

Taking into account the increased level of BNB adoption, plus CZ’s additional influence as well as the success of other Binance projects like the Binance Smart Chain, the asset just might have a chance to do the unthinkable.

In fact, a recent article by AMBCrypto had even projected BNB’s rise to a $1,000-mark.