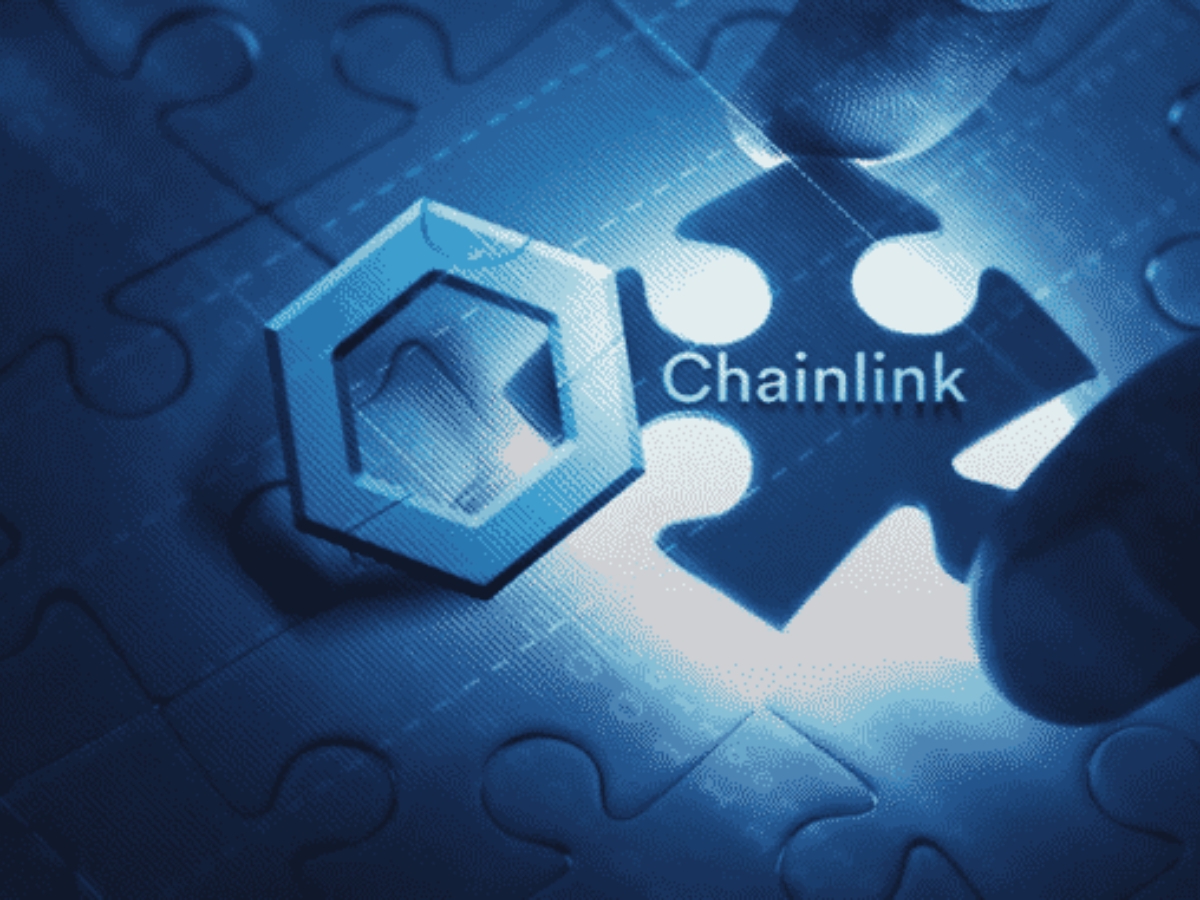 Over the last few months, Chainlink has registered a significant hike in demand for services across all protocols. It has seen remarkable growth on the adoption front too. Even so, its price movement remains a major concern for many.

Now, if the price issue isn’t fixed soon, investors could begin observing losses. This, in turn, will harm the altcoin itself on the charts and in the market.

Chainlink and its growing links

Chainlink’s adoption has been multiplying at a faster rate. Every day, different DApps have been tapping into Chainlink’s price feeds or VRFs in order to secure and onboard smart contracts.

The latest in this list is a Cardano-based lending and borrowing platform – Aada Finance. In fact, this is a good sign for the market since it shows the DeFi space in Cardano is expanding and Chainlink being a part of it will only further its adoption.

However, integrations are a daily routine for Chainlink. The focus of the discussion is on its price movements. Interestingly, until a fortnight ago, LINK was stuck under $28 for almost a month.

However, at press time, it lay under the $33-mark, a level which happens to be its immediate resistance level. Now, when this critical resistance is breached, it will then determine whether LINK will rise further or fall back down like it did in September. 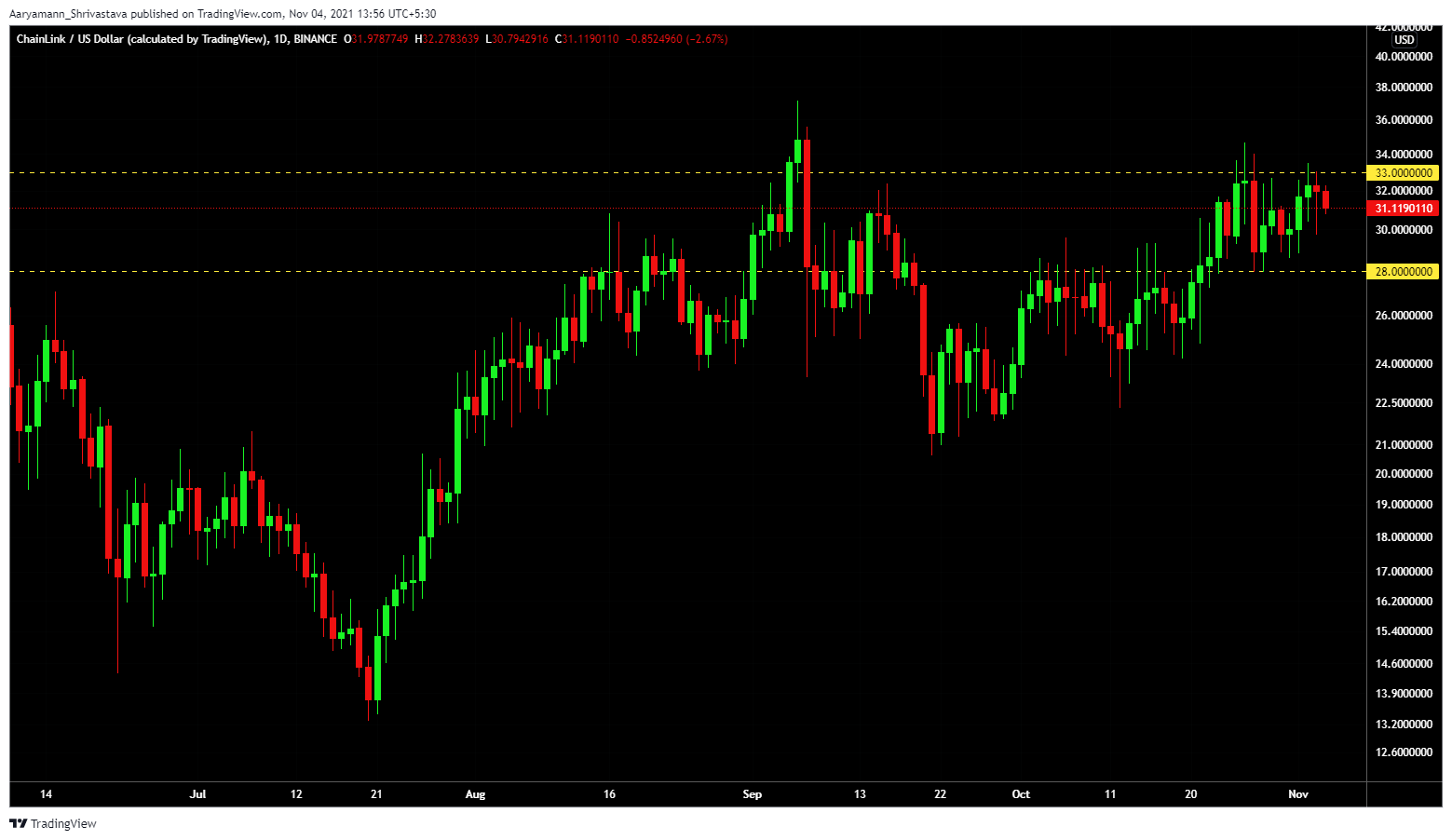 Since LINK is alienated from the broader market’s movement, one can’t determine the direction in which the price will move.

However, the altcoin will have to stay dependent on network developments to see a price hike on the charts. Given that, investors are not making any major moves at the moment.

Further, retail traders have been playing it safe by cashing in profit and buying back. For instance, even though over one million LINK may be sold in the next 24 hours, most of them will be bought back, albeit not completely.

This may be why there has been a steady rise in supply on exchanges. 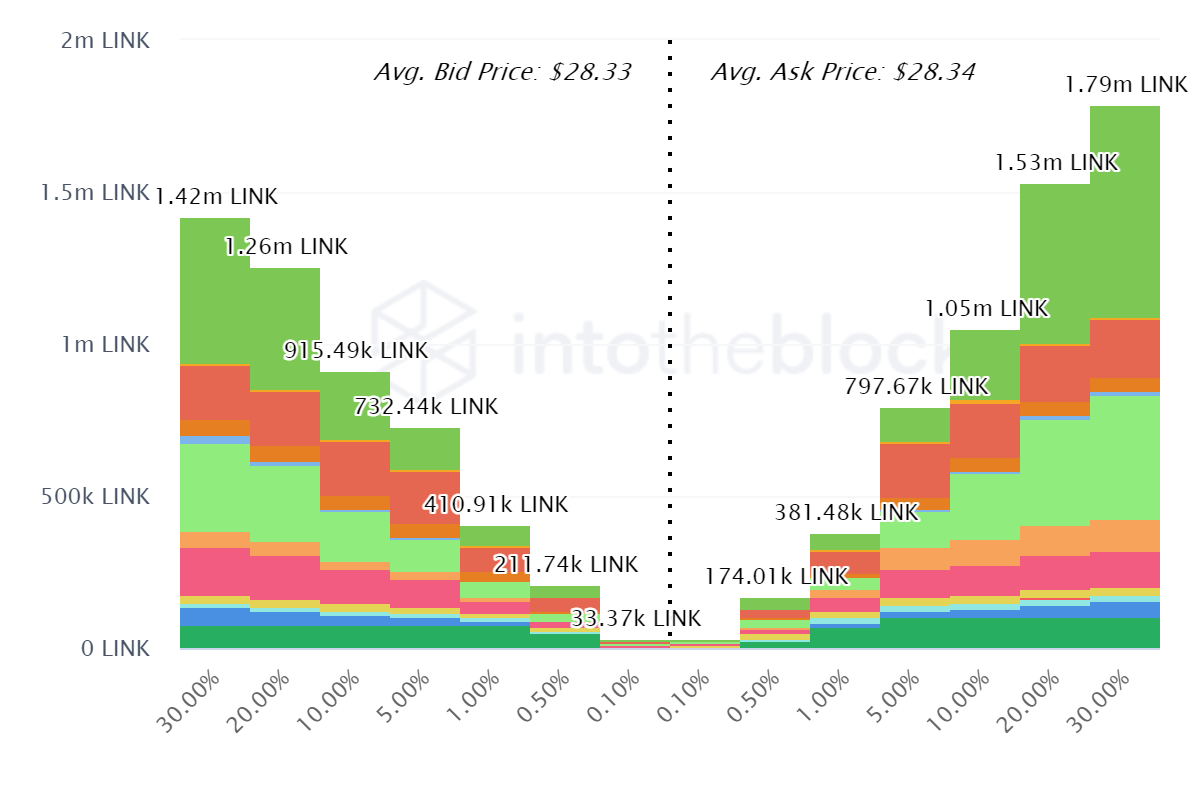 Finally, whales have been pretty active throughout the month of October, with volumes averaging between $32 – $38 million. Their movement cannot be taken into account since 65% of LINK’s supply is in the hands of whales. So, they will obviously move every now and then.

In fact, because the top 1% addresses hold 86% of all LINK supply, retail traders don’t have much room to make a significant difference to the asset’s movement. 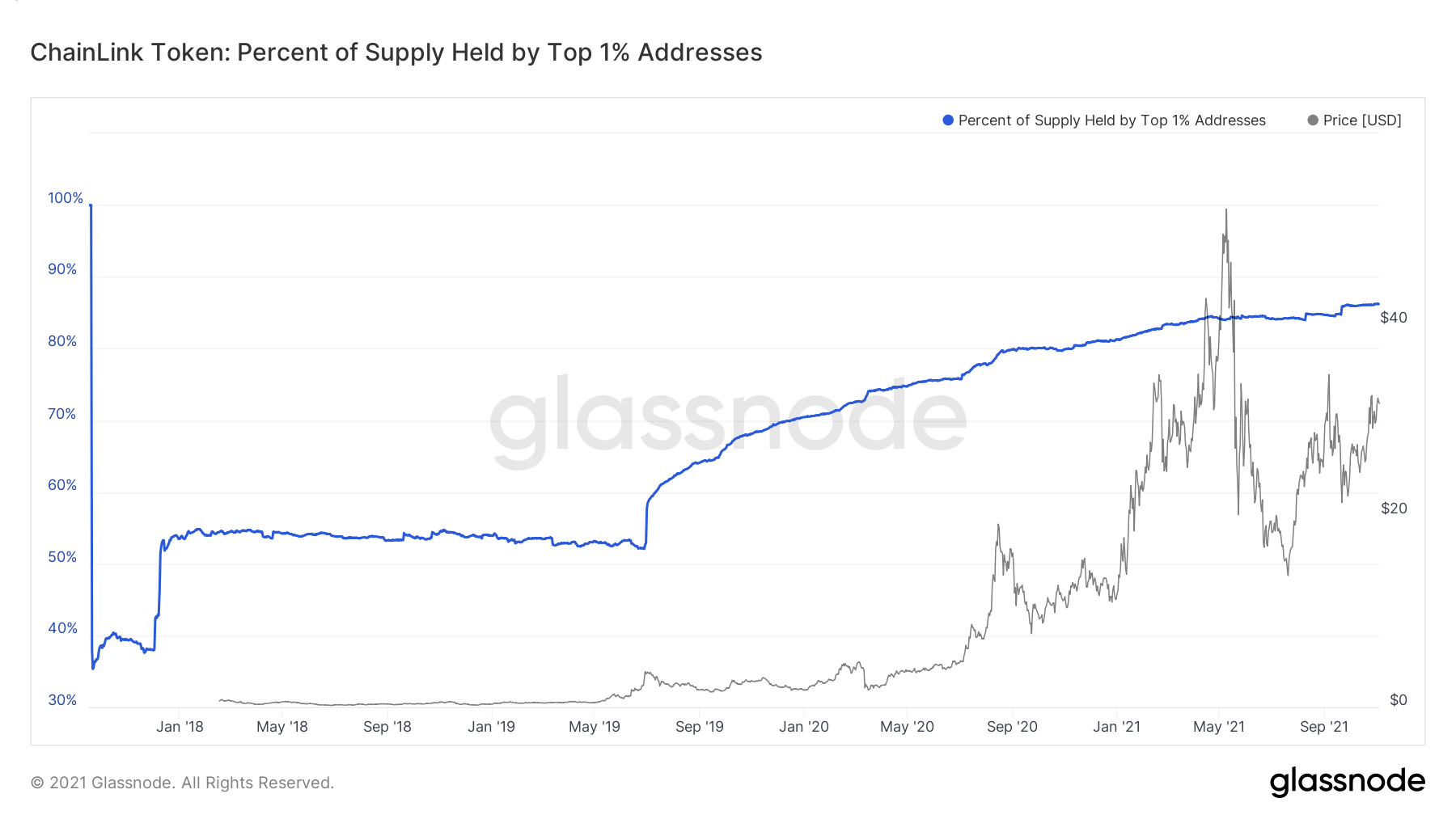 Therefore, unless investors make some dramatic moves, Chainlink has to depend on many more such integrations to keep pushing upwards.

Solana’s ‘new Cardano’ status and what the latest flippening means